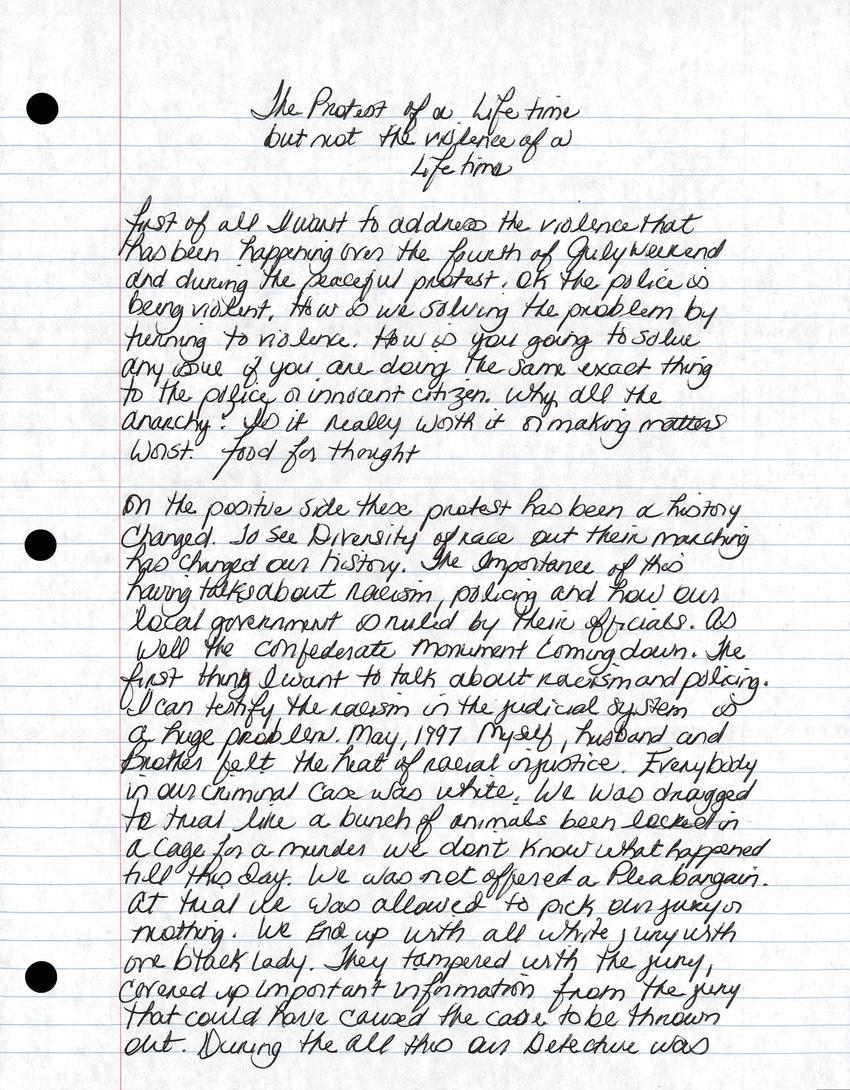 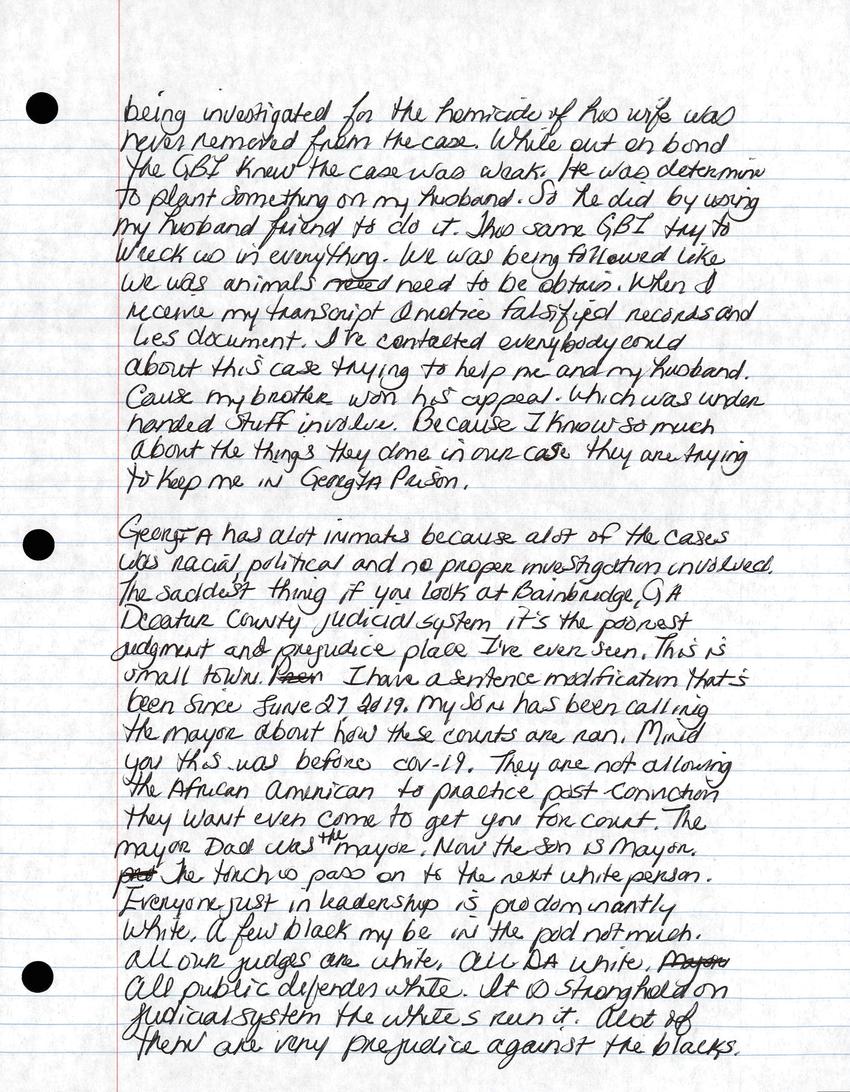 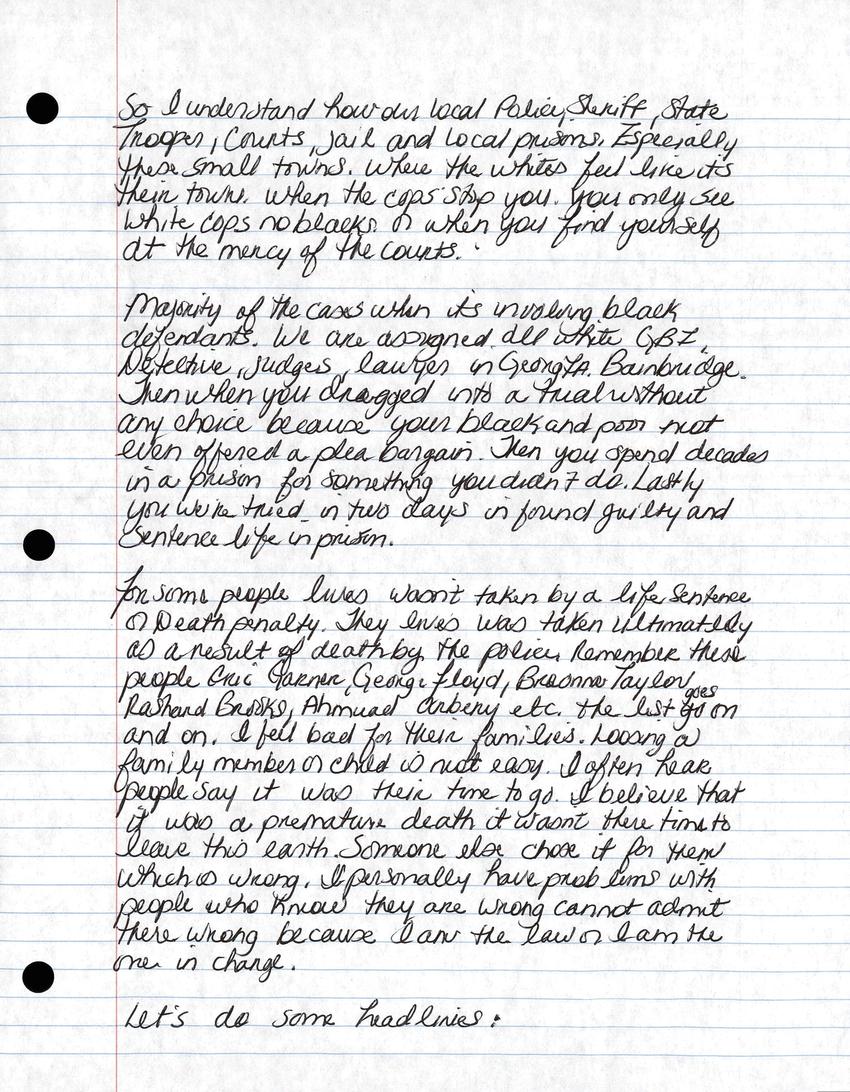 The Protest of a Life time but not the violence of a Life time
First of all I want to address the violence that has been happening over the fourth of July weekend and during the peaceful protest. Ok, the police is being violent. How do we solve the problem by turning to violence. How is you going to solve any issue if you are doing the exact thing to the police or innocent citizen. Why all the anarchy? Is it really worth it making matters worst. Food for thought.
On the positive side these protest has been a history changed. To see diversity of race out their marching has changed our history. The importance of this having talks about racism, policing, and how our local government is ruled by their officials. As well the confederate monument coming down. The first thing I want to talk about: racism and policing. I can testify the racism in the judicial system as a huge problem. May, 1997 myself, husband, and brother felt the heat of racial injustice. Everybody in our criminal case was white. We was dragged to trial like a bunch of animals been locked in a cage for a murder we don't know what happened till this day. We was not offered a Plea bargain at trial we was allowed to pick our jury or nothing. We end up with all white jury with one black lady. They tampered with the jury, [unclear] up important information from the jury that could have caused the case to be thrown out. During the all this an detective was being investigated for the homicide of his wife was never removed from the case. While out on bond the GBI knew the case was weak. He was determine to plant something on my husband. So he did by using my husband friend to do it. This same GBI try to wreck us in everything. We was being followed like we was animals need to be obtained. When I receive my transcript I notice falsified records and lies document. I've contacted everybody could about this case trying to help me and my husband. Cause my brother won his appeal. Which was underhanded stuff involved. Because I know so much about the things they done in our case they are trying to keep me in Georgia Prison.

Georgia has a lot inmates because a lot of the cases was racial, political and no proper investigation involved. The saddest thing if you look at Bainbridge, GA Decatur County judicial system it's the poorest judgment and prejudice place I've ever seen. This is small town. I have a sentence modification that's been since June 27, 2019. My son has been calling the mayor about how these counts are ran. Mind you this was before Cov-19. They are not allowing the African American to practice past connection they won't even come to get you for court. The mayor Dad was the mayor. Now the son is mayor the torch is pass on the next white person. Everyone just in leadership is predominately white. A few black maybe in the pod not much. All our judges are white, all DA white all public defender white. It is stronghold on judicial system the whites run it. A lot of them ar every prejudice against the blacks. So I understand how our local policy Sherriff state Trooper, counts jail and local prisons, Especially these small towns where the whites feel like its their town. When the cops stop you you only see white cops no blacks or when you find yourself at the mercy of the courts.

Majority of the cases when its involving black defendants. We are assigned all white GBI Detective, judges, lawyer in Georgia, Bainbridge. Then when you dragged into a trial without any choice because your black and poor that not even offered a plea bargain. Then you spend decades in a prison for something you didn't do. Lastly you were tried in two days in found guilty and sentence life in prison.

For some people lives won't taken by a life sentence a death penalty. They lives was taken ultimately as a result of death by the police. Remember these people Eric Garner, George Floyd, Breonna Taylor Rayshard Brooks, Ahmaud Arbery etc. the list goes on and on. I feel bad for their families. Losing a family member or child is not easy. I often hear people say it was their time to go. I believe that it was a premature death it wasn't their time to leave this earth. Someone else chose it for them which is wrong. I personally have problems with people who know they are wrong cannot admit they're wrong because I am the law or I am the one in charge.

Let's do some headlines: