The Thirst for Vengeance 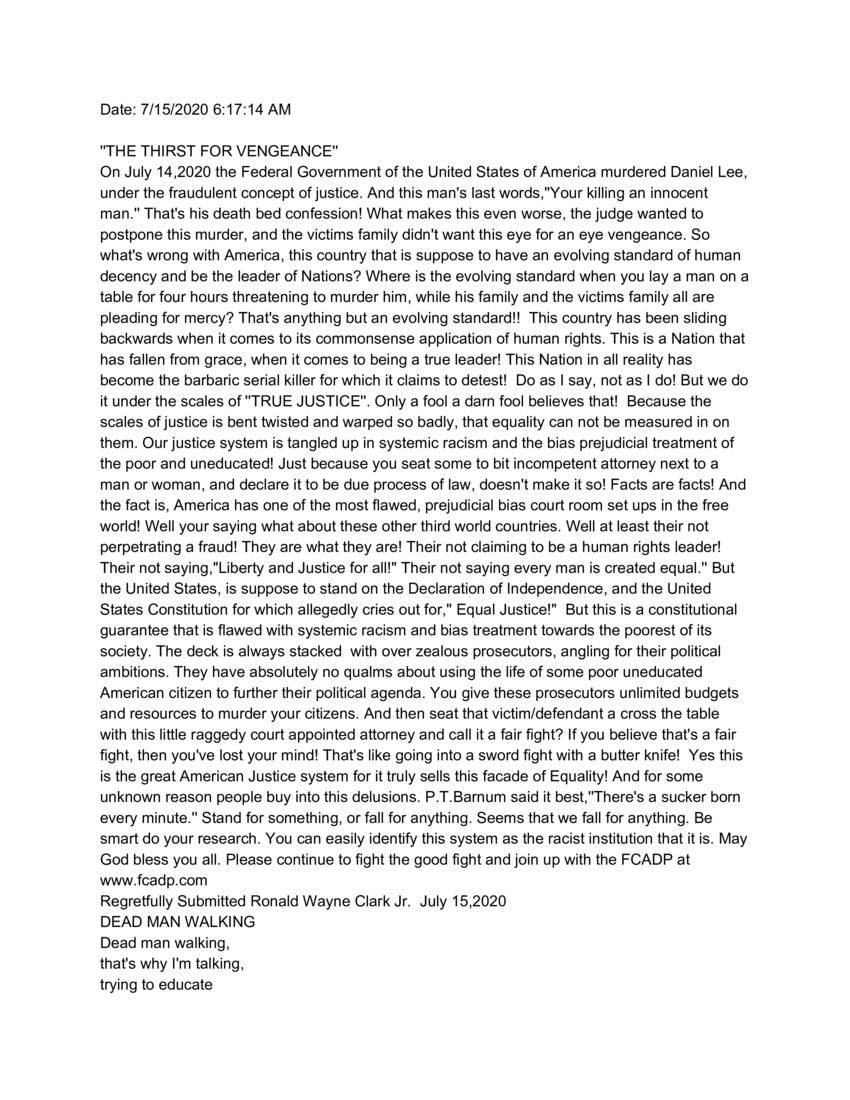 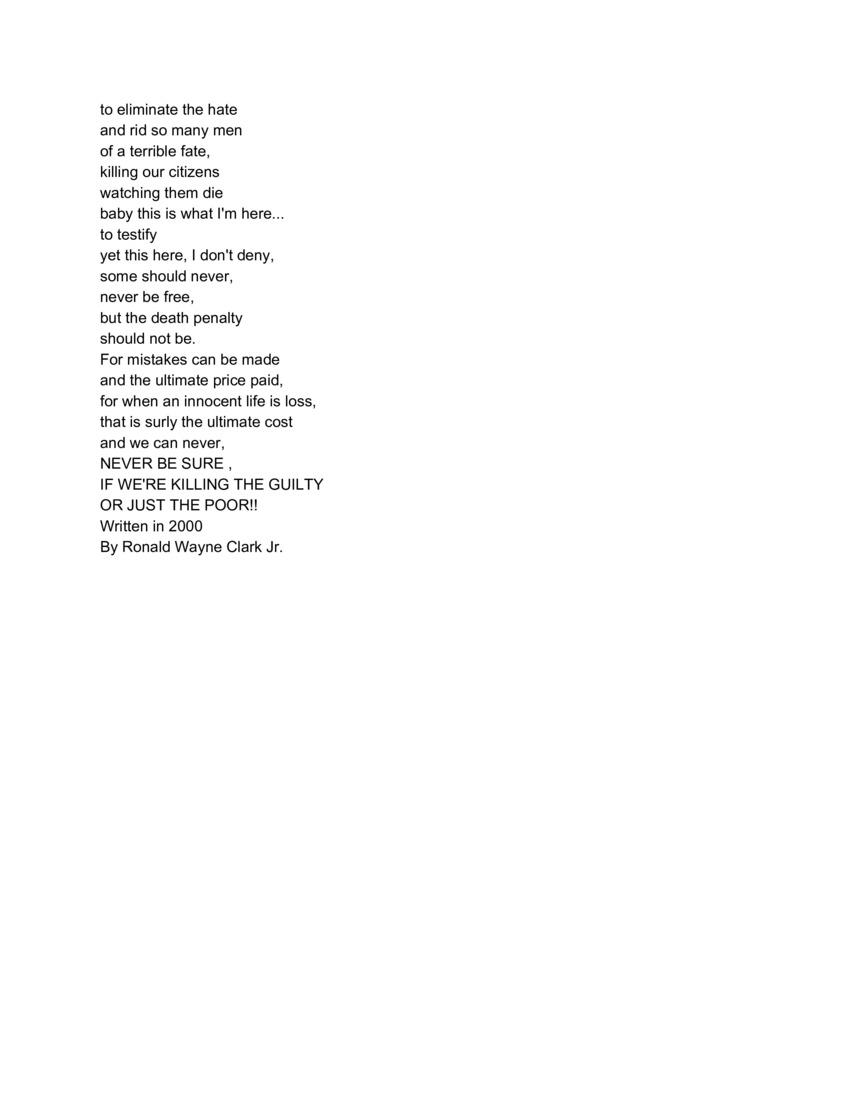 "THE THIRST FOR VENGEANCE"
On July 14, 2020 the Federal Government of the United States of American murdered Daniel Lee, under the fraudulent concept of justice. And this man's last words, "Your killing an innocent man." That's his death bed confession! What makes this even worse, the judge wanted to postpone this murder, and the victims family didn't want this eye for an eye vengeance. So what's wrong with America, this country that is supposed to have an evolving standard of human decency and be the leader of Nations? Where is the evolving standard when you lay a man on a table for hours threatening to murder him, while his family and the victims family all are pleading for mercy? That's anything but an evolving standard!! This country has been sliding backwards when it comes to its commonsense application of human rights. This is a Nation that has fallen from grace, when it comes to being a true leader! This Nation in all reality has become the barbaric serial killer for which it claims to detest! Do as I say, not as I do! But we do it under the scales of "TRUE JUSTICE." Only a fool a darn fool believes that! Because the scales of justice is bent twisted and warped so badly, that equality can not be measured in on them. Our justice system is tangled up in systematic racism and the bias prejudicial treatment of the poor and uneducated! Just because you seat some to be incompetent attorney next to a man or woman, and declare it to be due process of law, doesn't make it so! Facts are facts! And the fact is, America has one of the most flawed, prejudicial bias court room set ups in the free world! Well your saying what about these other third world countries. Well at least their not perpetrating a fraud! They are what they are! Their not claiming to be a human rights leader! Their not saying, "Liberty and Justice for all!" Their not saying every man is created equal." But the United States, is suppose to stand on the Declaration of Independence, and the United States Constitution for which allegedly cries out for, "Equal Justice!" But this is a constitutional guarantee that is flawed with systemic racism and bias treatment towards the poorest of its society. The deck is always stacked with over zealous prosecutors, angling for their political ambitions. They have absolutely no qualms about using the life of some poor uneducated American citizen to further their political agenda. You give these prosecutors unlimited budgets and resources to murder your citizens. And then sear that victim/defendant a cross the table with this little raggedy court appointed attorney and call it a fair fight? If you believe that's a fair fight, then you've lost your mind! That's like going into a sword fight with a butter knife! Yes this is the great American Justice system for it truly sells this facade of Equality! And for some unknown reason people buy into this delusions. P.T.Barnum said it best, "There's a sucker born every minute." Stand for something, or fall for anything. Seems that we fall for anything. Be smart do your research. You can easily identify this system as the racist institution that it is. May God bless you all. Please continue to fight the good fight and join up with the FCADP at www.fcadp.com
Regretfully Submitted Ronald Wayne Clark Jr. July 15, 2020.
DEAD MAN WALKING
Dead man walking,
that's why I'm talking,
trying to educate
to eliminate the hate
and rid so many men
of a terrible fate,
killing our citizens
watching them die
baby this is what I'm here...
to testify
yet this here, I don't deny,
some should never,
never be free,
but the death penalty
should not be.
For mistakes can be made
and the ultimate price paid,
for when an innocent life is loss,
that is surly the ultimate cost
and we can never,
NEVER BE SURE,
IT WE'RE KILLING THE GUILTY
OR JUST THE POOR!!
Written in 2000
By Ronald Wayne Clark Jr.