We are the solution 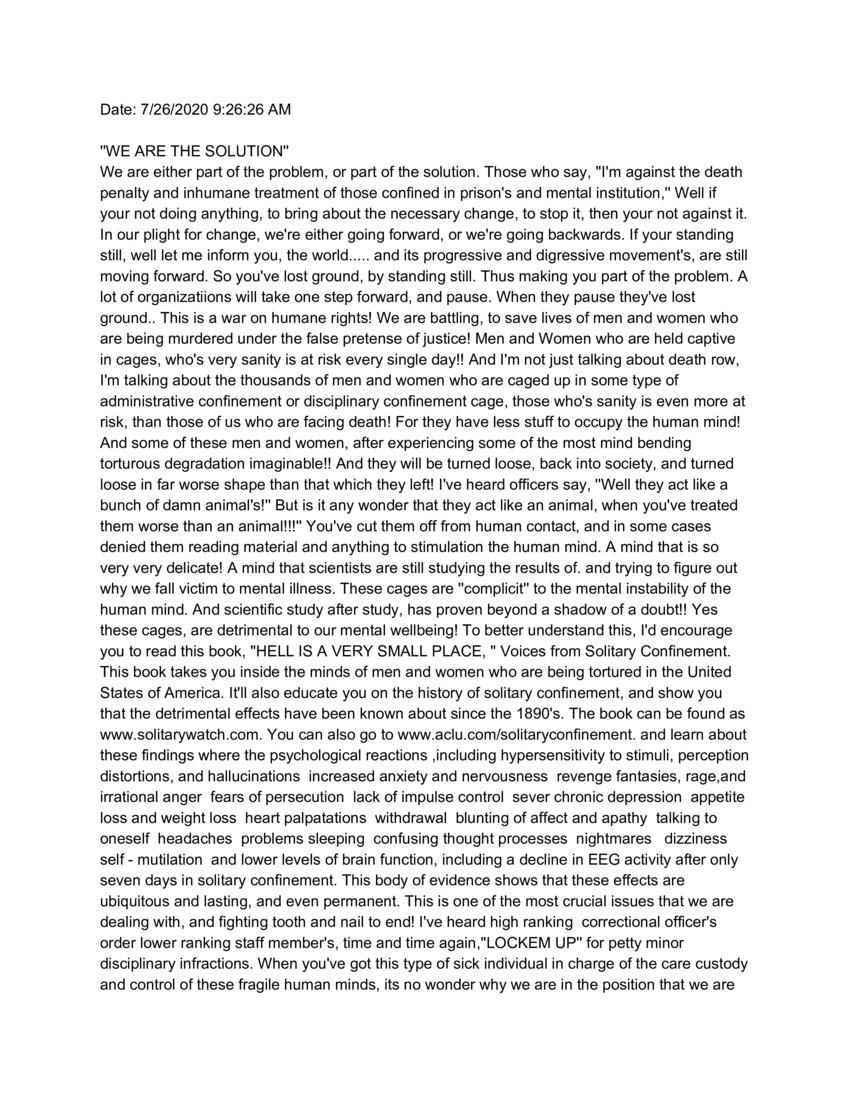 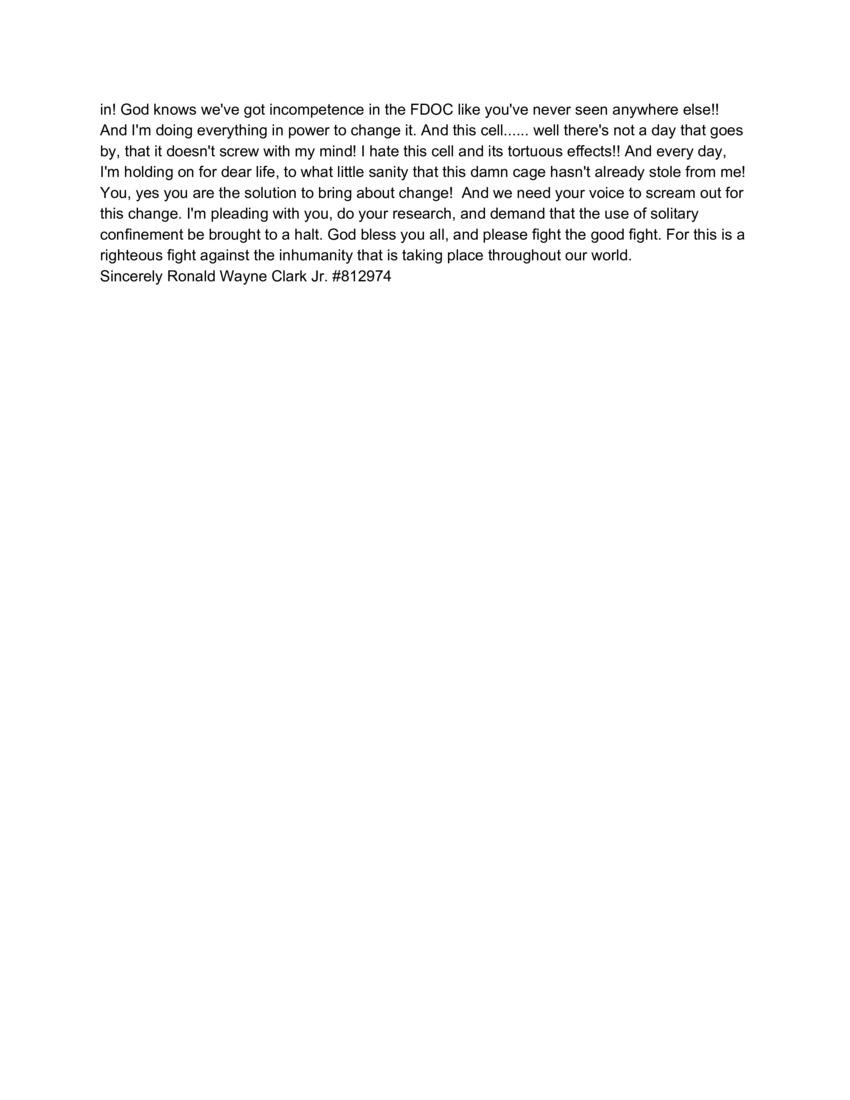 "WE ARE THE SOLUTION"
We are either part of the problem, or part of the solution. Those who say, "I'm against the death penalty and inhumane treatment of those confined in prison's and mental institution," Well if your not doing anything, to bring about the necessary change, to stop it, then your not against it. In our plight for change, we're either going forward, or we're going backwards. If your standing still, well let me inform you, the world..... and its progressive and digressive movement's, are still moving forward. So you've lost ground, by standing still. Thus making you part of the problem. A lot of organizatiions will take one step forward, and pause. When they pause they've lost ground.. This is a war on humane rights! We are battling, to save lives of men and women who are being murdered under the false pretense of justice! Men and Women who are held captive in cages, who's very sanity is at risk every single day!! And I'm not just talking about death row, I'm talking about the thousands of men and women who are caged up in some type of administrative confinement or disciplinary confinement cage, those who's sanity is even more at risk, than those of us who are facing death! For they have less stuff to occupy the human mind! And some of these men and women, after experiencing some of the most mind bending torturous degradation imaginable!! And they will be turned loose, back into society, and turned loose in far worse shape than that which they left! I've heard officers say, "Well they act like a bunch of damn animal's!" But is it any wonder that they act like an animal, when you've treated them worse than an animal!!!" You've cut them off from human contact, and in some cases denied them reading material and anything to stimulation the human mind. A mind that is so very very delicate! A mind that scientists are still studying the results of, and trying to figure out why we fall victim to mental illness. These cages are "complicit" to the mental instability of the human mind. And scientific study after study, has proven beyond a shadow of a doubt!! Yes these cages, are detrimental to our mental wellbeing! To better understand this, I'd encourage you to read this book, "HELL IS A VERY SMALL PLACE, "Voices from Solitary Confinement. This book takes you inside the minds of men and women who are being tortured in the United States of America. It'll also educate you on the history of solitary confinement, and show you that the detrimental effects have been known about since the 1890's. The book can be found as www.solitarywatch.com. You can also go to www.aclu.com/solitaryconfinement, and learn about these findings where the psychological reactions including hypersensitivity to stimuli, perception distortions, and hallucinations increased anxiety and nervousness revenge fantasies, rage, and irrational anger fears of persecution lack of impulse control sever chronic depression appetite loss and weight loss heart palpatations withdrawal blunting of affect and apathy talking to oneself headaches problems sleeping confusing thought processes nightmares dizziness self - mutilation and lower levels of brain function, including a decline in EEG activity after only seven days in solitary confinement. This body of evidence shows that these effects are ubiquitous and lasting, and even permanent. This is one of the most crucial issues that we are dealing with, and fighting tooth and nail to end! I've heard high ranking correctional officer's order lower ranking staff member's, time and time again,"LOCKEM UP" for petty minor disciplinary infractions. When you've got this type of sick individual in charge of the care custody and control of these fragile human minds, its no wonder why we are in the position that we are in! God knows we've got incompetence in the FDOC like you've never seen anywhere else!! And I'm doing everything in power to change it. And this cell...... well there's not a day that goes by, that it doesn't screw with my mind! I hate this cell and its tortuous effects!! And every day, I'm holding on for dear life, to what little sanity that this damn cage hasn't already stole from me! You, yes you are the solution to bring about change! And we need your voice to scream out for this change. I'm pleading with you, do your research, and demand that the use of solitary confinement be brought to a halt. God bless you all, and please fight the good fight. For this is a righteous fight against the inhumanity that is taking place throughout our world. Sincerely Ronald Wayne Clark Jr. #812974