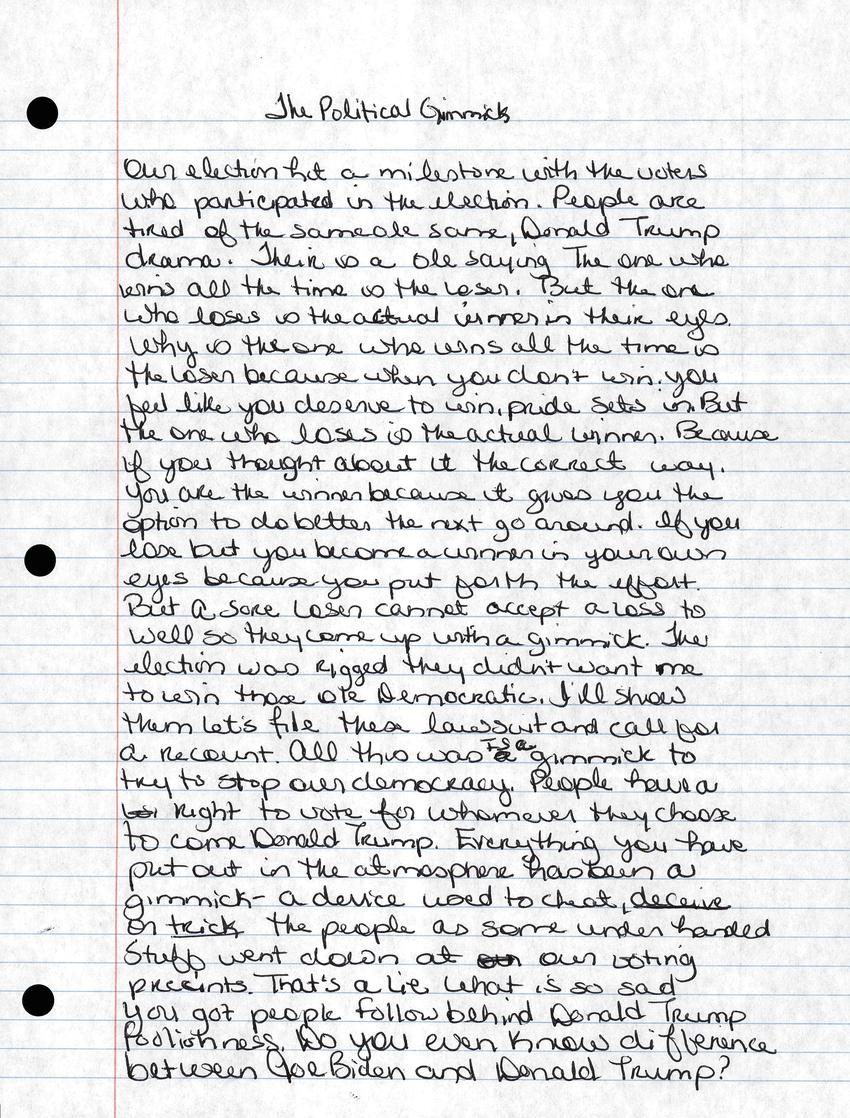 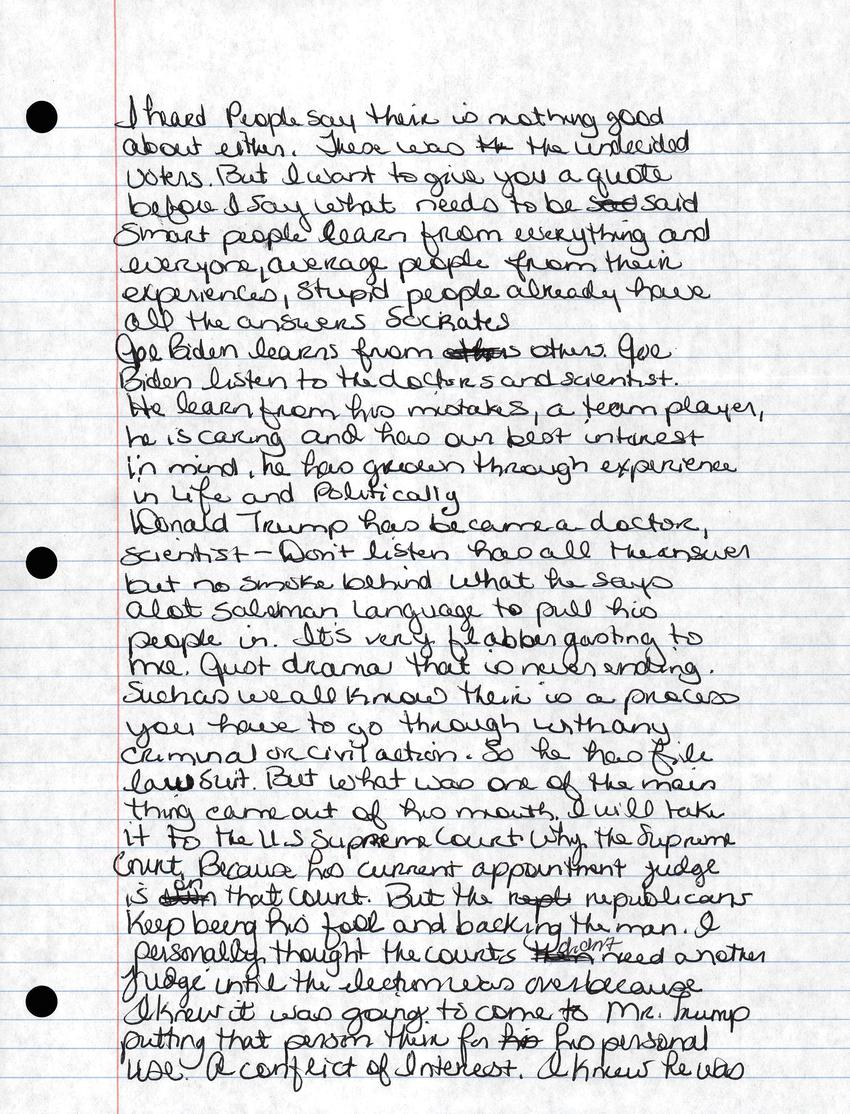 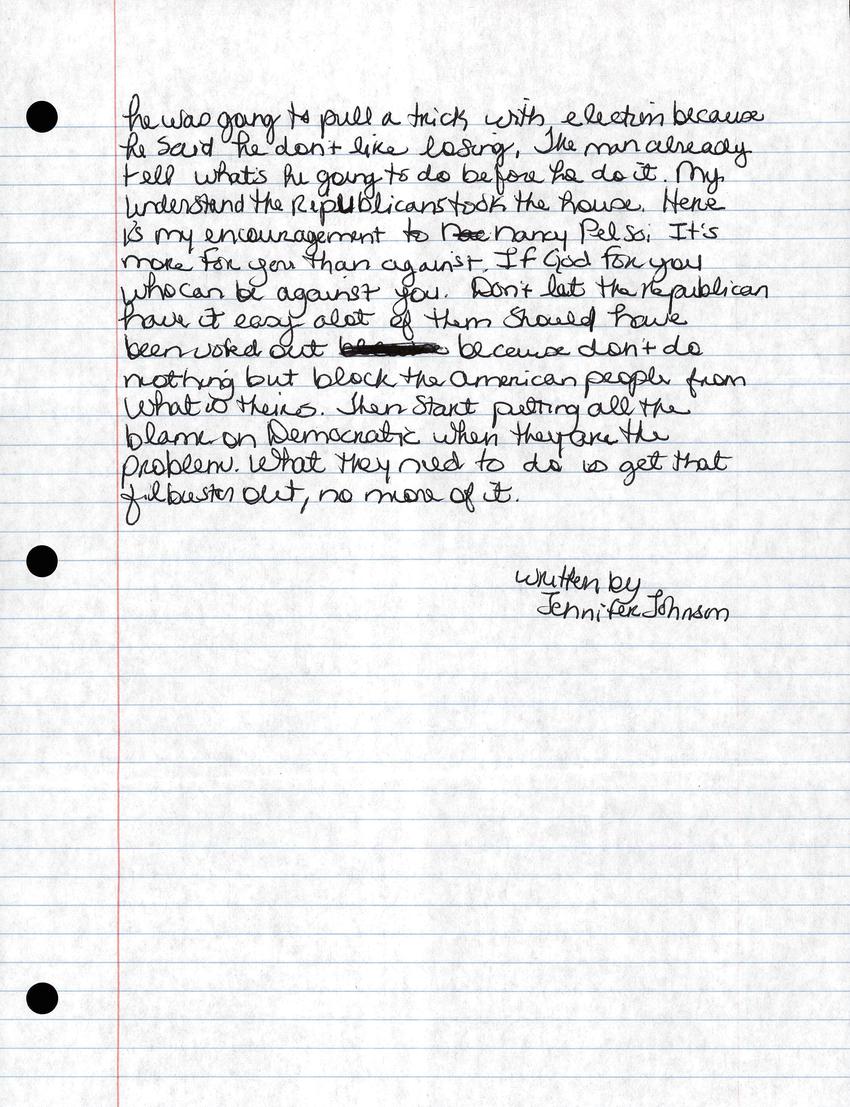 Our election hit a milestone with the voters who participated in the election. People aretired of the same ole same, Donald Trump drama. There is a ole saying tat one who wins all the time is the loser. But the one who loses is the actual winner in their eyes. Why is the one who wins all the time is the lower because when you don't win you feel like you deservce to win. pride sets in. But the one who loses is the actual winner. Because if you thought about it the correct way, you are the winner because it gives you the option to do better the next go around. If you lose but you become a winner in your own eyes because you put forth the effort. But a sore loser cannot accept a loss to well so they come up with a gimmick. The election was rigged they didn't want me to win those ole Democratic. I'll show them let's file these lawsuits and call for a recount. All this is a gimmick to try to stop our democracy. people have a right to vote for whomever they choose to come Donald Trump. Everything you have put out in the atmosphere has been a gimmick - a device used to cheat, deceive, or trick the people as some underhanded stuff went down at our own voting precincts. That's a lie. What is so sad you got people follow behind Donald Trump foolishness. Do you even know difference between Joe Biden and Donald Trump?

I heard people say their is nothing good about either. These was the undecided voters. But I want to give you a quote before I say what needs to be said. Smart people learn from everything and everyone, average people from their experiences, stupid people already have all the answers. - Socrates.

Joe Biden learns from others. Joe Biden listen to the doctors and scientist. He learn from his mistakes, a team player, he is caring and has our best interest in mind. He has grown through experience in life and politically.

Donald Trump has become a doctor, scientist - Don't listen has all the answer but no smoke behind what he says. A lot of salesman language to pull his people in. It's very flabbergasting to me. Just drama that is never ending. Such as we all known their is a process you have to go through with any criminal or civil action. So he has file lawsuit. But what was one of the main thing came out of his mouth. I will take it to the U.S. Supreme Court. Why the Supreme Court. Because his current appointment judge is on that court. But the republicans keep being his fool and backing the man. I personally thought the courts didn't need another judge until the election was over because I knew it was going to come to Mr. Trump putting that person their for his personal use. A conflict of interest. I knew he was he was going to pull a trick with election because he said he don't like losing. The man already tell what's he going to do before he do it. My understand the Republicans took the house. here is my encouragement to Nancy Pelosi. It's more for you than against. If God for you who can be against you. Don't let the republican have it easy a lot of them should have been voted out because don't do nothing but block the American people from what is theirs. Then start putting all the blame on Democratic when they are the problem. What they need to do is get that filibuster out, no more of it.

I hope you had a wonderful day!

Best always,
Stephanie
Thanks for writing! I finished the transcription for your post. Totally agree with you, keep rocking on!!