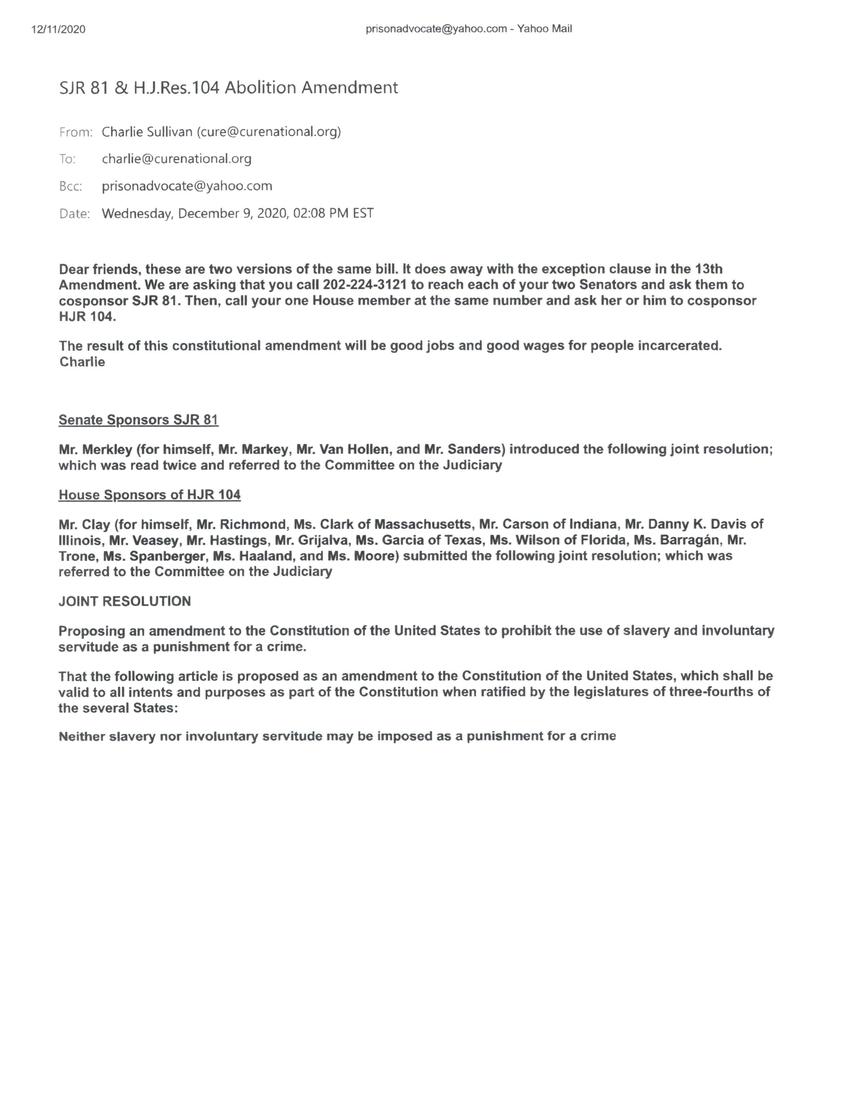 Dear friends, these are two versions of the same bill. It does away with the exception clause in the 13th Amendment. We are asking that you call 202-224-3121 to reach each of your two Senators and ask them to cosponsor SJR 81. Then, call your one House member at the same number and ask her or him to cosponsor HJR 104.

The result of this constitutional amendment will be good jobs and good wages for people incarcerated.
Charlie

Senate Sponsors SJR 81
Mr. Merkley (for himself, Mr. Markey, Mr. Van Hollen, and Mr. Sanders) introduced the following joint resolution; which was read twice and referred to the Committee on the Judiciary

Proposing an amendment to the Constitution of the United States to prohibit the use of slavery and involuntary servitude as a punishment for a crime.

That the following article is proposed as an amendment to the Constitution of the United States, which shall be valid to all intents and purposes as part of the Constitution when ratified by the legislatures of three-fourths of the several States: