Just to set the record straight 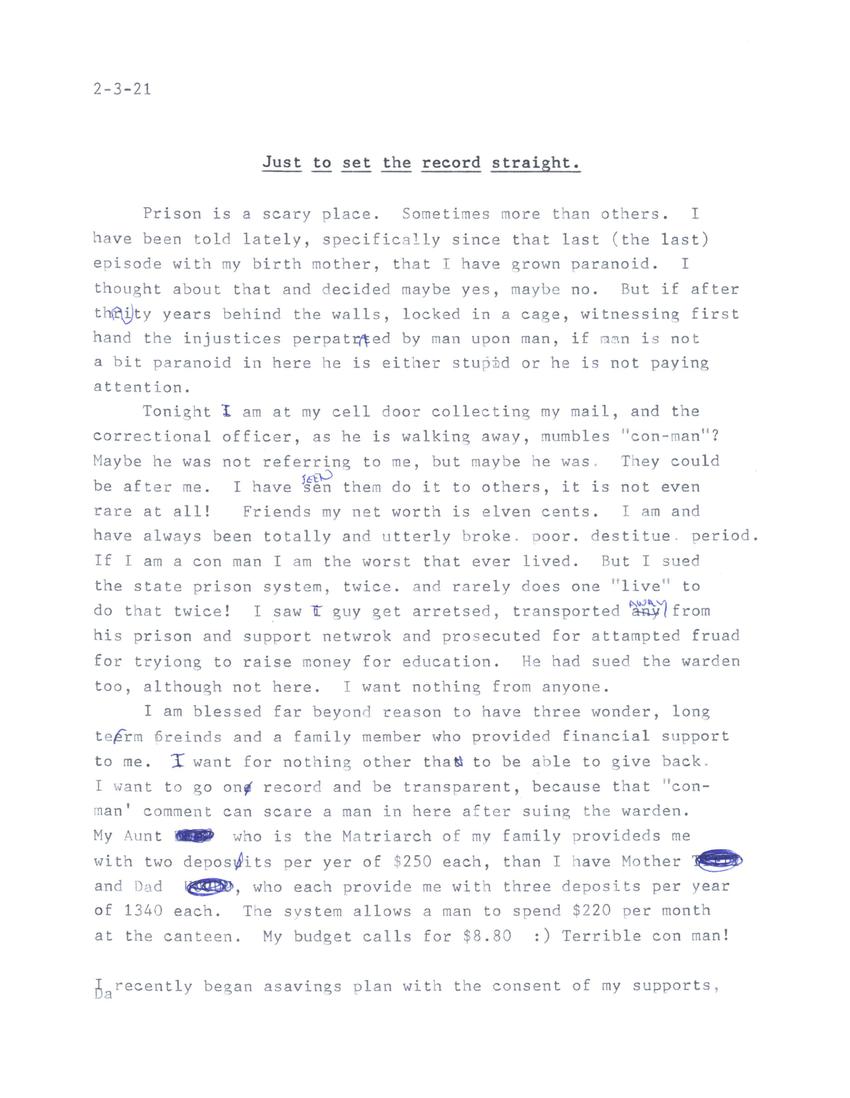 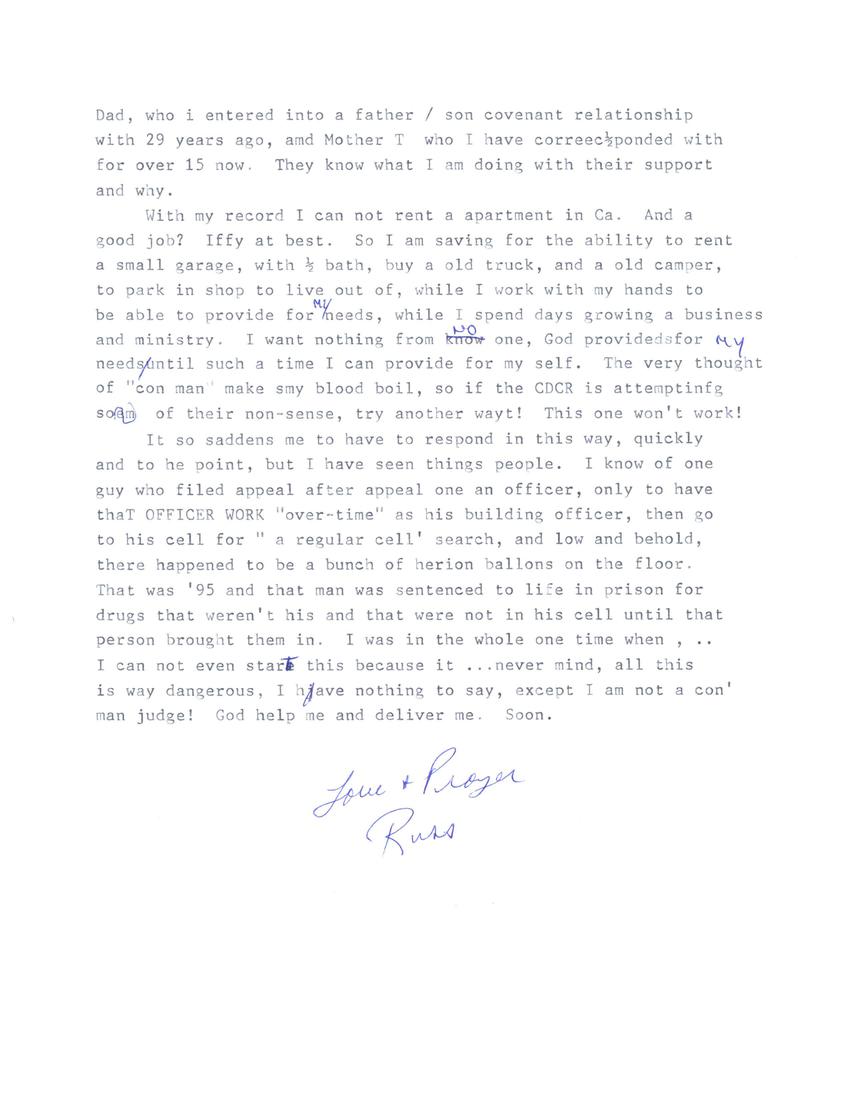 Just to set the record straight.

Prison is a scary place. Sometimes more than others. I have been told lately, specifically since that last (the last) episode with my birth mother, that I have grown paranoid. I thought about that and decided maybe yes, maybe no. But if after thirty years behind the walls, locked in a cage, witnessing first hand the injustices perpetuated by man upon man, if man is not a bit paranoid in here he is either stupid or he is not paying attention.

Tonight I am at my cell door collecting my mail, and the correctional officer, as he is walking away, mumbles "con-man"? Maybe he was not referring to me, but maybe he was. They could be after me. I have seen them do it to others, it is not even rare at all! Friends my net worth is eleven cents. I am and have always been totally and utterly broke. poor. destitute. period. If I am a con man I am the worst that ever lived, But I sued the state prison system, twice. and rarely does one "live" to do that twice! I saw a guy get arrested, transported away from his prison and support network and prosecuted for attempted fraud for trying to raise money for education. He had sued the warden too, although not here. I want nothing from anyone.

I am blessed far beyond reason to have three wonder, long term friends and a family member who provided financial support to me. I want for nothing other than to be able to give back. I want to go on record and be transparent, because that "con-man" comment can scare a man in here after suing the warden. My Aunt who is the Matriarch of my family provides me with two deposits per year of $250 each, than I have Mother and Dad, who each provide me with three deposits per year of 1340 each. The system allows a man to spend $220 per month at the canteen. My budget calls for $8.80 :) Terrible con man!

I recently began a savings plan with the consent of my supports, Dad, who I entered into a father/con covenant relationship with 29 years ago, and Mother T who I have corresponded with for over 15 now. They know what I am doing with their support and why.

With my record I can not rent an apartment in CA. And a good job? Iffy at best. So I am saving for the ability to rent a small garage, with 1/2 bath, buy an old truck, and an old camper, to park in a shop to live out of, while I work with my hands to be able to provide for my needs, while I spend days growing a business and ministry. I want nothing from no one, God provides for my needs until such a time I can provide for my self. The very thought of "con man" makes my blood boil, so if the CDCR is attempting some of their non-sense, try another way! This one won't work!

It so saddens me to have to respond in this way, quickly and to the point, but I have seen things people. I know of one guy who filed appeal after appeal on an officer, only to have that OFFICER WORK "over-time" as his building officer, then go to his cell for "a regular cell" search, and low and behold, there happened to be a bunch of heroin balloons on the floor. That was '95 and that man was sentences to life in prison for drugs that weren't his and that were not in his cell until that person brought them in. I was in the hole one time when, .. I can not even start this because it ...never mind, all this is way dangerous, I have nothing to say, except I am not a con' man judge! God help me and deliver me. Soon.