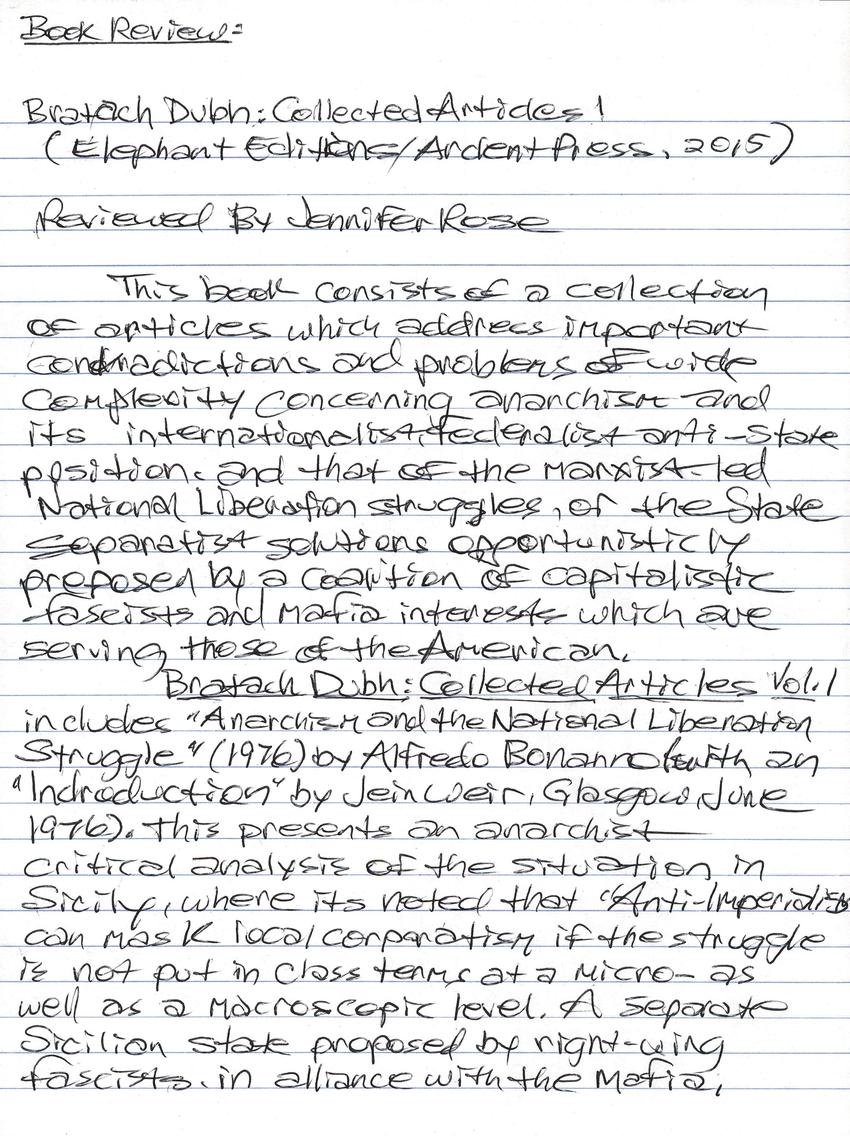 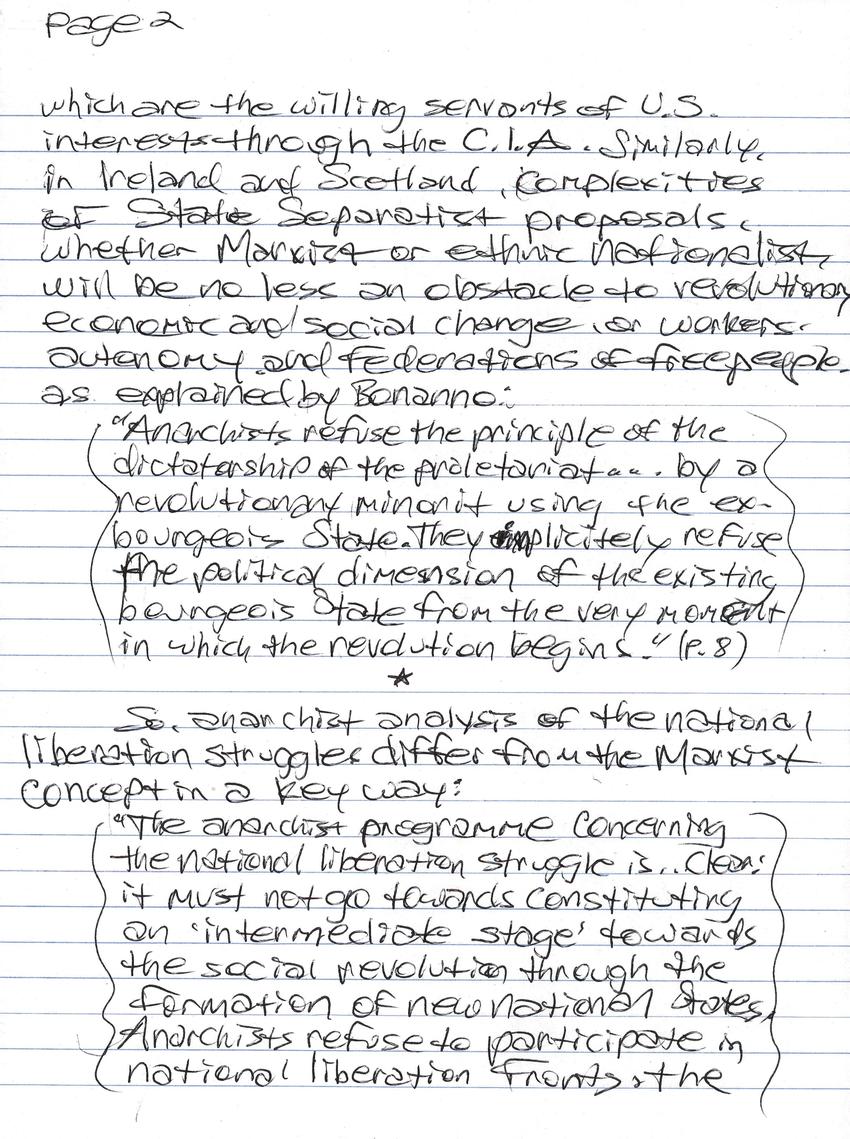 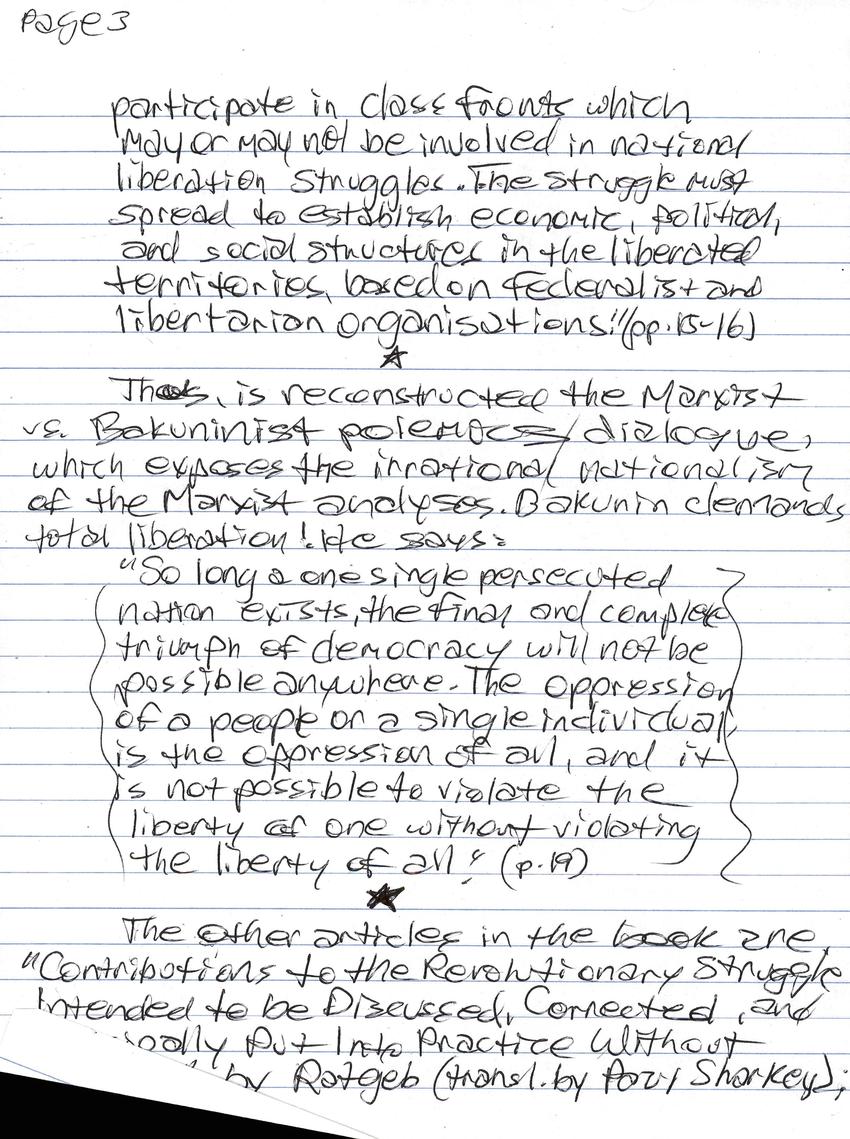 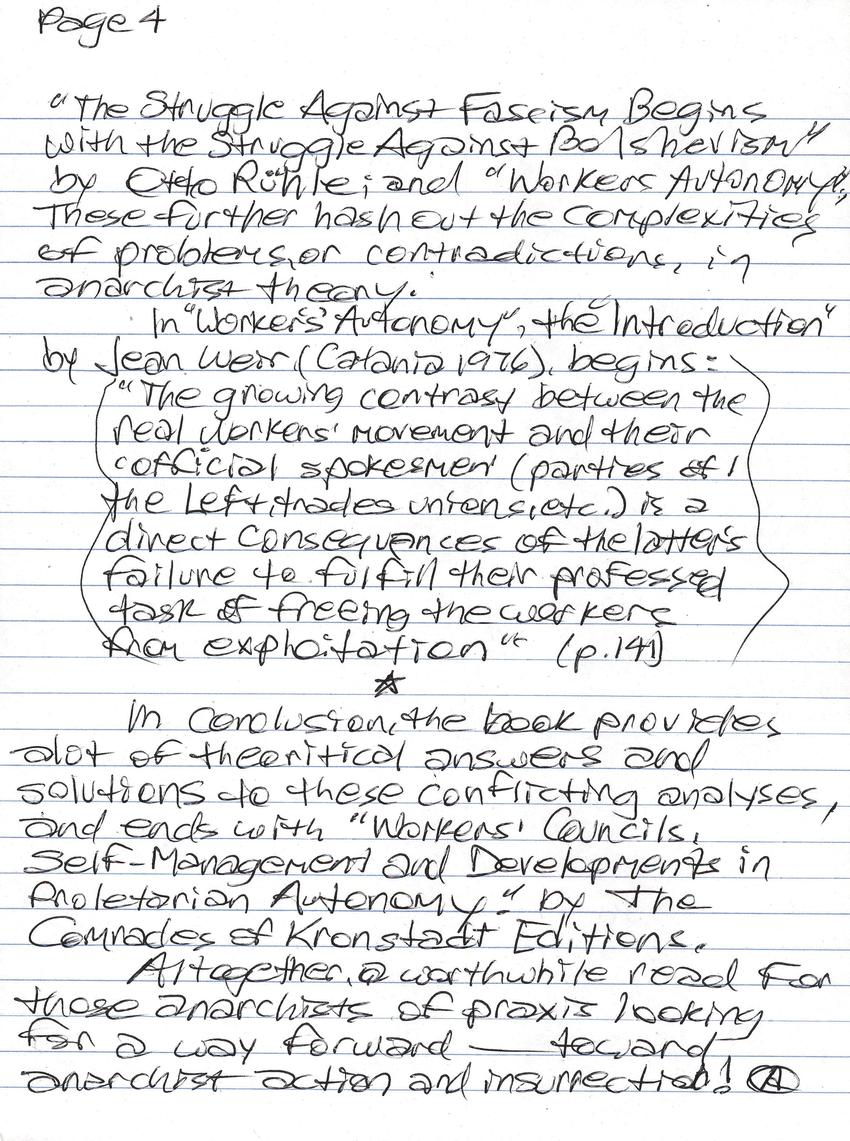 This book consists of a collection of articles which address important contradictions and problems of wide complexity concerning anarchistic and its internationalistic federalist anti-state positions and that of the marxist led National Liberation struggles, or the state separatist solutions opportunisticly proposed by a coalition of capitalistic fascists and mafia interests which are serving those of the American.

Bratach Dubh: Collected Articles Vol. 1 includes "Anarchist and the National Liberation Struggle" (1976) by Alfredo Bonanno (and an "introduction" by Jein Weir, Glasgow, June 1976). This presents an anarchist critical analysis of the situation in Sicily, where its noted that "Anti-Imperialist can mask local corporatism if the struggle is not put in class terms at a micro- as well as a cacroscopic level. A separate Sicilion state proposed by right-wing fascists in alliance with the mafia, which are the willing servants of U.S. interests through the C.I.A. Similarly, in Ireland and Scottland, complexities of State Separatist proposals, whether Marxist or ethnic nationalists will be no less an obstacle to revolutions economic are social change or workers, autonomy, and federations of free people as explained by Bonanno:

"Anarchists refuse the principle of the dictatorship of the proletariat... by a revolutionary minority using the ex-bourgeois State. They implicitly refuse the political dimension of the existing bourgeois State from the very moment in which the revolution begins." (p.8)

So, anarchist analysis of the national liberation struggles differ from the Marxist concept in a key way:

Thus, is reconstructed the Marxist vs. Bakuninist polemics/dialogue, which exposes the irrational/nationalism of the Marxist analyses. Bakunin demands total liberation! He says:

The other articles in the book are "Contributions to the Revolutionary Struggle Intended to be Discussed, Connected, and Principally Put Into Practice Without Delay by Ratgeb (transl. by Paul Sharkey); " by Otto Rühle; and "Workers Autonomy". These further hash out the complexities of problems, or contradictions, in anarchist theory.

"The growing contrast between the real workers' movement and their 'official spokesmen' (parties of the left, trades unions, etc.) is a direct consequence of the latter’s failure to fulfill their professed task of freeing the workers from exploitation." (p. 141)

In conclusion, the book provides alot of theoritical answers and solutions to these conflicting analyses, and ends with "Workers' Councils, Self-Management and Developments in Proletarian Autonomy." by the Comrades of Kronstadt Editions.

Altogher, a worthwhile read for those anarchists of praxis looking for a way forward - toward anarchist action and insurrection!