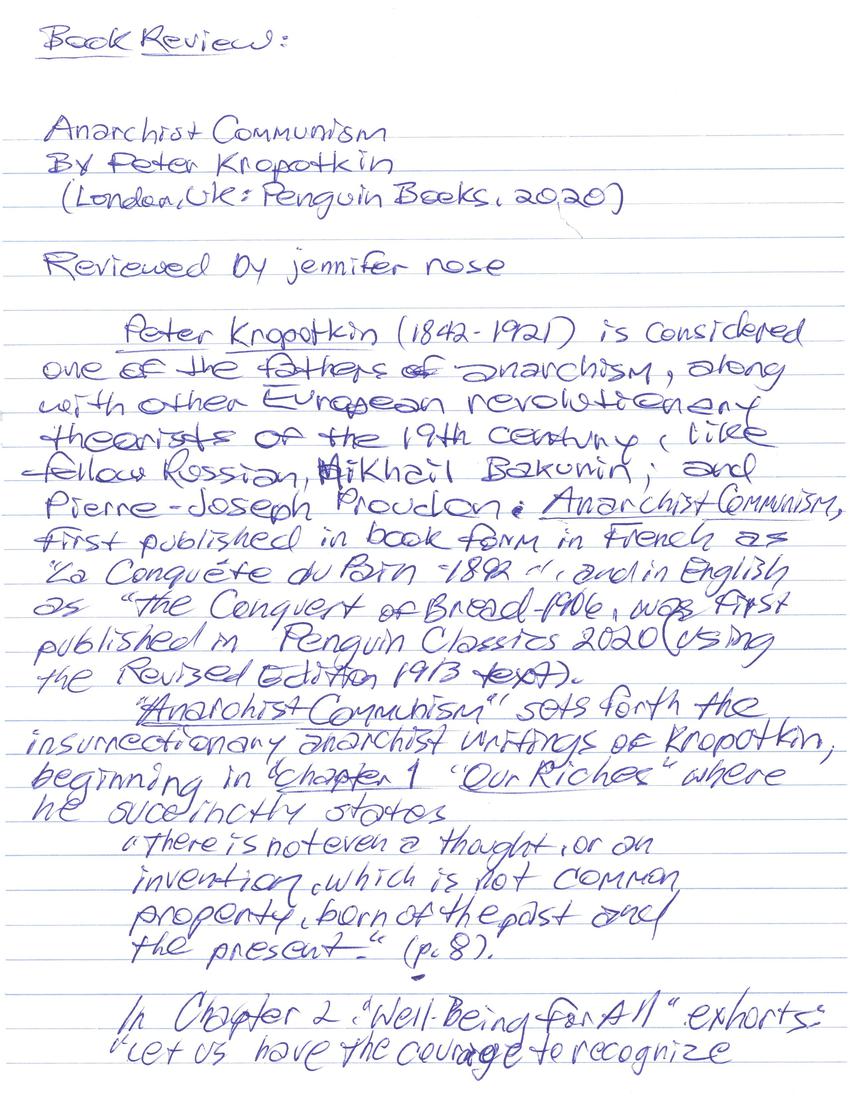 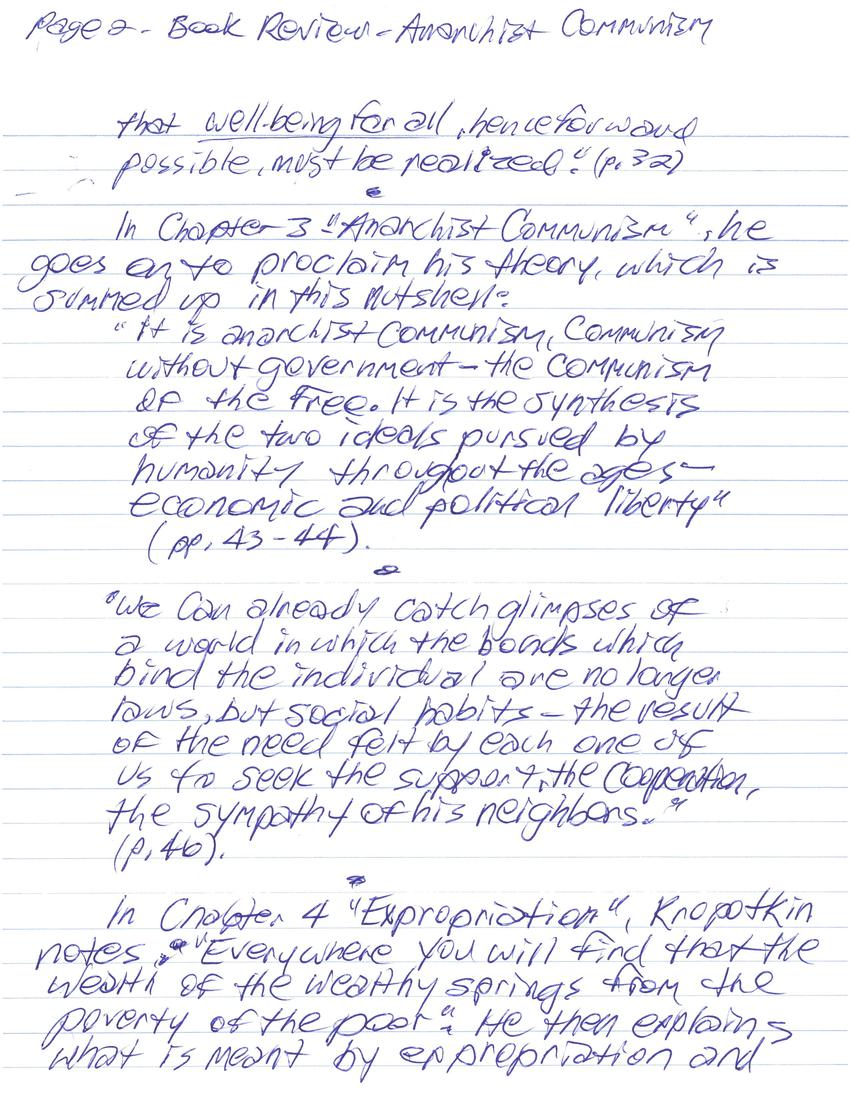 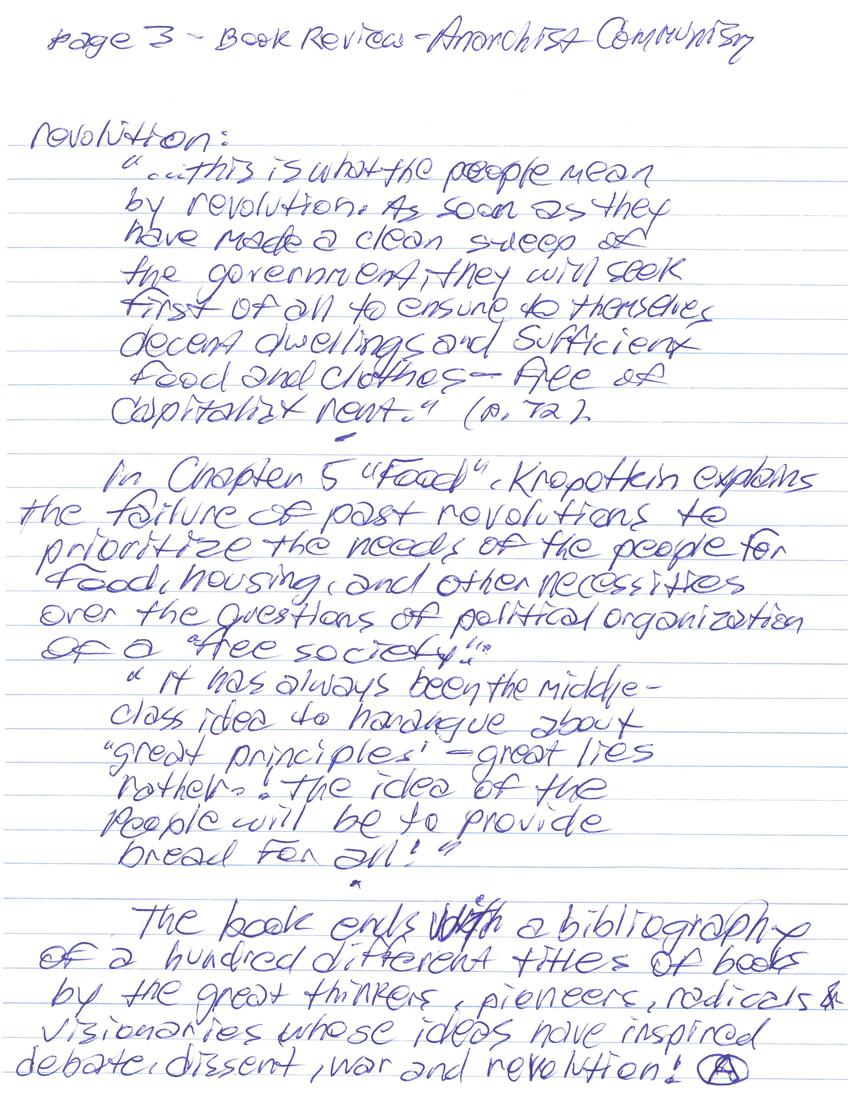 Peter Kropotkin (1842-1921) is considered one of the fathers of anarchism, along with other European revolutionary theorists of the 19th century, like fellow Russian, Mikhail Bakurin; and Pierre-Joseph Prodon. Anarchist Communism, first published in book form in French as "La Conquete du Pain 1892", and in English as "the Conquert of Bread - 1906, was first published in Penguin Classics 2020 (Using the Revised Edition 1913 text).

"Anarochist Communism" sets forth the insurrectionary anarchist writings of Kropotkin beginning in "Chapter 1: Our Riches" where he succinctly states:
"There is not even a thought or an invention, which is not common property, born of the past and the present." (p. 8).

In Chapter 2: "Well-Being for All" exhorts "Let us have the courage to recongnize"

That well-being for all, hence forward possible, must be realized: (p. 32)

In Chapter 3 "Anarchist Communism", he goes on to proclaim the theory, which is summed up in this nutshell:
"It is anarchist communism, communism without government - the communism of the free. It is the synthesis of the two ideals pursued by humanity throughout the ages - economic and political liberty" (pp. 43-44).

"We can already catch a glimpse of a world in which the bonds which bind the individual are no longer laws, but social habits - the result of the need felt by each one of us to seek the support, the cooperation, the sympathy of his neighbors. (p. 46).

In Chapter 4 "Expropriation", Knopotkin notes: "Everywhere you will find that the wealth of the wealthy springs from the poverty of the poor: He then explains what is meant by

expropriation and revolution:
"... this is what the people mean by revolution. As soon as they have made a clean s-deep of the government, they will seek first of all to ensure to themselves decent dwellings and sufficient food and clothes - free of capitalist rent." (p. 72)

In Chapter 5 "Food", Kropttein explains the failure of past revolutions to prioritize the needs of the people will be to provide bread for all!"

The book ends with a bibliography of a hundred different titles of books by the great thinkers, pioneers, readers, and visionaries whose ideas have inspired debate, dissent, war and revolution! A