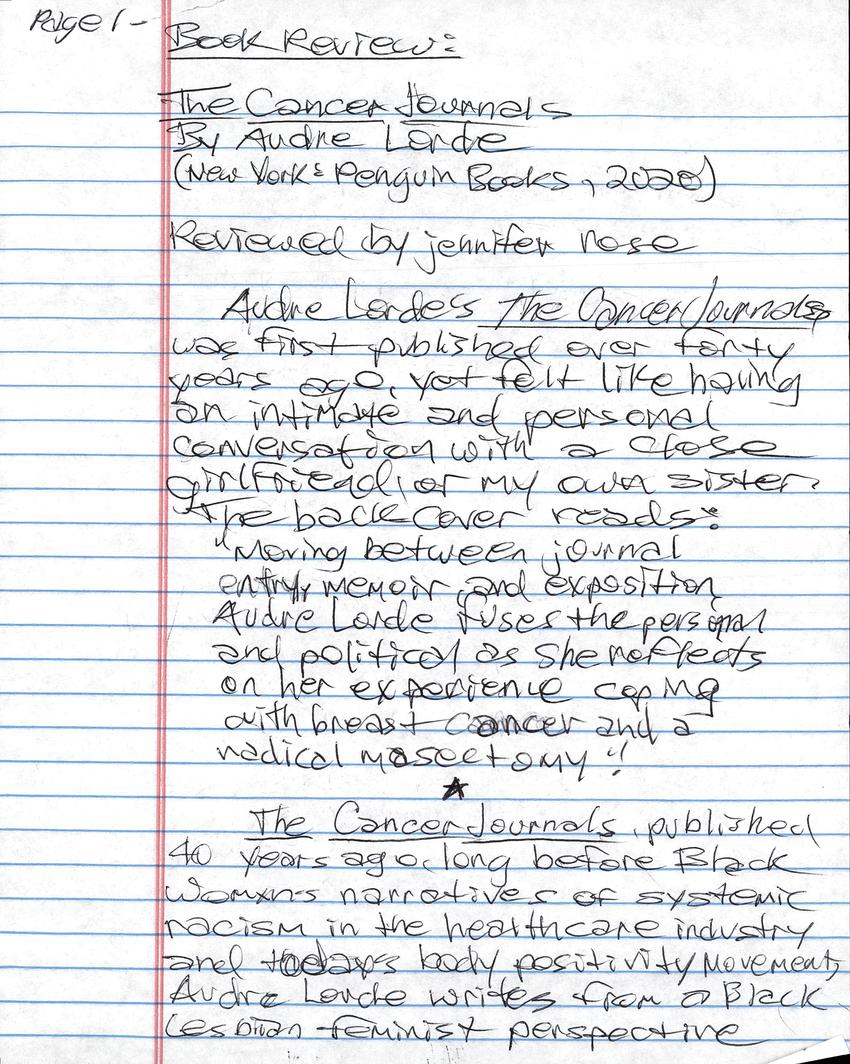 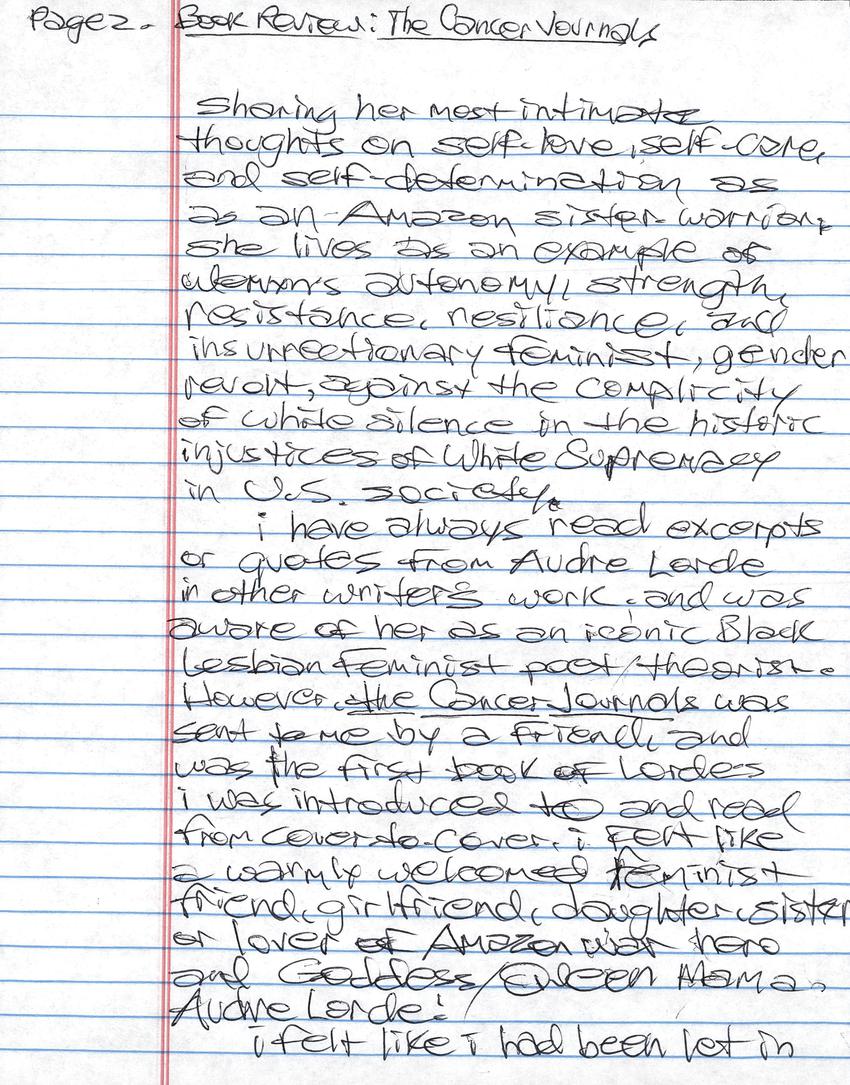 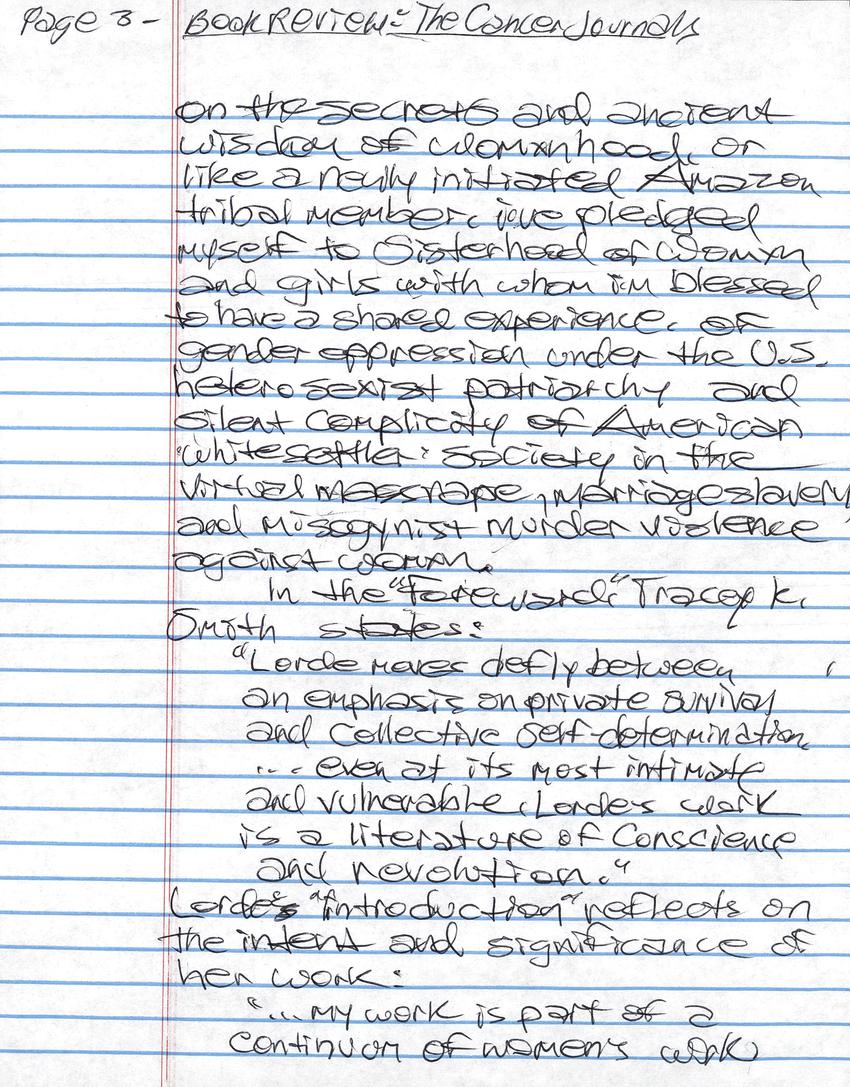 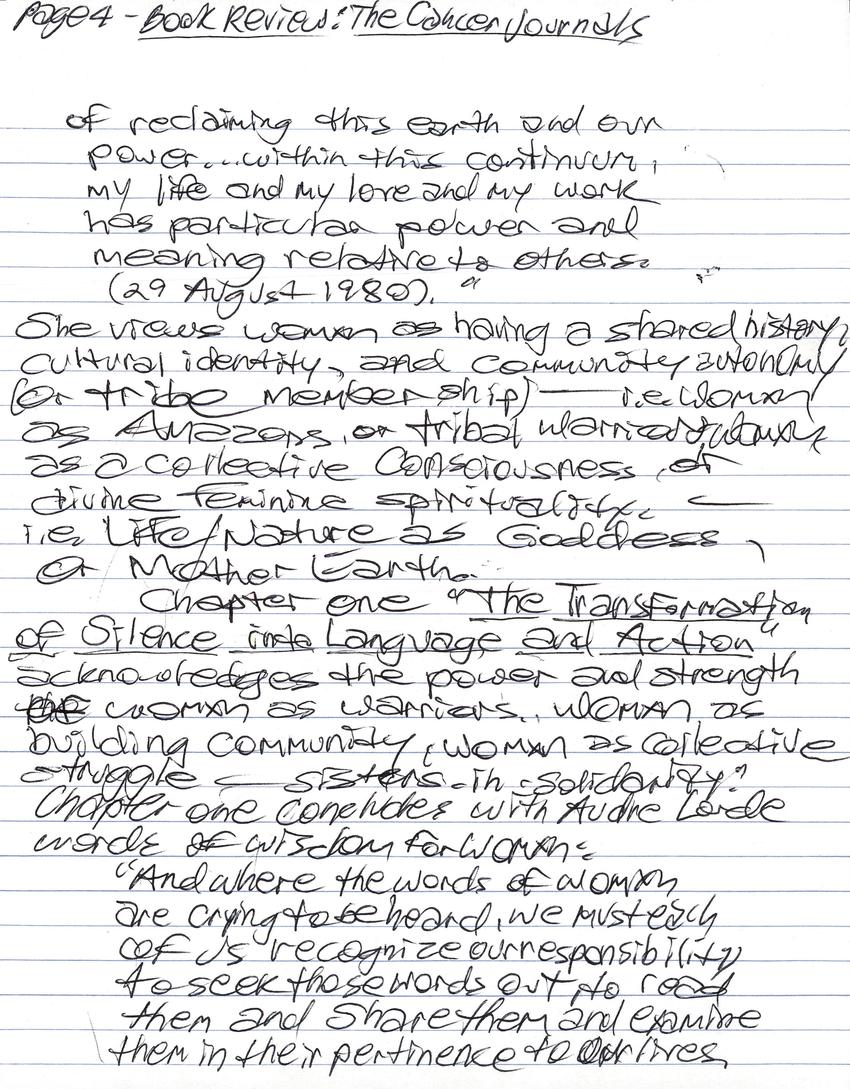 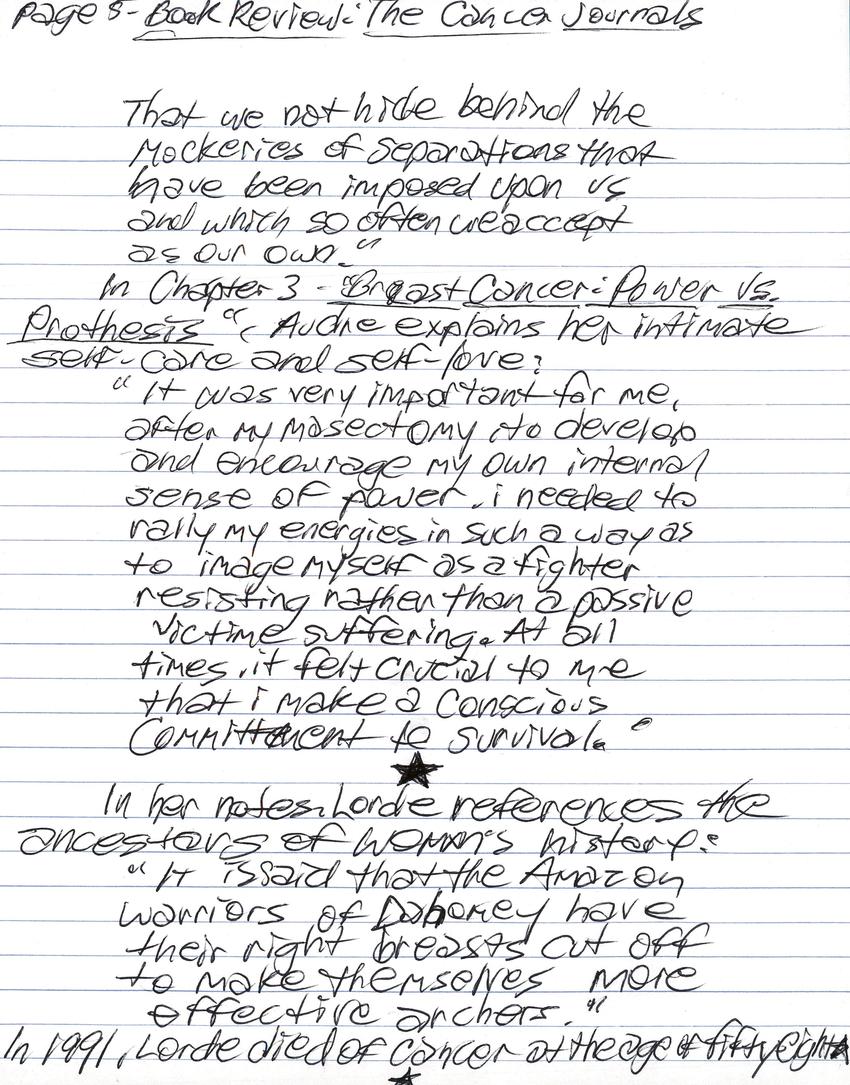 Reviewed by Jennifer Rose
Audre Lorde's' The Cancer Journals was first published over forty years ago, yet felt like having an intimate and personal conversation with a close girlfriend or my own sister. The back cover reads:
"Moving between journal entry, memoir, and exposition Audre Lorde fuses the personal and political as she reflects on her experience coping with breast cancer and a radical mastectomy."

The Cancer Journals, published 40 years ago, long before Black Women's narratives of systematic racism in the healthcare industry and today's body positivity movement, Audre Lorde writes from a Black Lesbian feminist perspective sharing her most intimate thoughts on self-love, self-care, and self-determination as an Amazon sister-warrior. She lives as an example or womxn's autonomy, strength, resistance, resilience, and insurrectionary feminist gender revolt against the complicity of white silence in the historic injustices of White Supremacy in US society.

i have always read excerpts or quotes from Audre Lorde in other writer' work, and was aware of her asn an iconic BLack lesbian feminist poet/theorist. However, The Cancer Journals was sent to me by a friend and was the first book of Lorde's i was introduced to and read from cover-to-cover. i felt like a warmly welcomed feminist friend. girlfriend, daughter, or lover of Amazon war hero and Goddess/Queen Mama Audre Lorde!

i felt like i have been let in on the secrets and ancient wisdom of womxnhood, or like a newly initiated Amazon tribal member, i've pledged myself to Sisterhood of Womxn and girls with whom i'm blessed to have a shard experience, of gender oppression under the US heterosexitiaarchy and silent complicity of American white settler society in the virtual mass rape, marriage slavery, and misogynist murder violence against womxn.

In the "Foreword", Tracy K. Smith states:
"Lorde moves deftly between an emphasis on private survival and collective self-determination ... even at it's most intimate and vulnerable. Lorde's work is a literate of conscience and revolution."

Lorde's "Introduction" reflects on the intent and significance or her work:
"... my work is part of a continuum of women's work of reclaiming this earth and our power...within this continuum, my like and my love and my work has particular power and meaning relative to others.
(29 August, 1980)."

She views womxn as having a shared history, cultural identity, and community autonomy (or tribe membership) - i.e. womxn as Amazons or tribal warriors and as a collective consciousness, or divine feminine spirituality - i.e. Life/Nature as Goddess, or Mother Earth.

Chapter One "The Transformation of Silence into Language and Action" acknowledges the power and strength of womxn as warriors, womxn as building community, womxn as collective struggle-sisters in solidarity. Chapter one concludes with Audre Lorde's words of wisdom for womxn:
"And where the words of womxn are crying to be heard, we must each of us recognize our responsibility to seek those words out to read them and share them and examine them in their pertinence to our lives. That we not hide behind the mockeries of separations that have been imposed upon us and which so often we accept as our own."

In Chapter 3 "Breast Cancer: Power vs Prosthesis", Audre explains her intimate self-care and self-love:
"It was very important for me, after my mastectomy, to develop and encourage my own internal sense of power. i needed to rally my energies in such a way as to image myself as a fighter resisting rather than a passive victim suffering. At all times it felt crucial to me that I made a conscious commitment to survival."

In her notes, Lorde references the ancestors of womxn's history:
"It is said that the Amazon warriors of Dahomey have their right breasts cut off to make themselves more effective archers."

Based on this review, I am going to read Lorde's book. Thank you for helping me to expand my horizons.