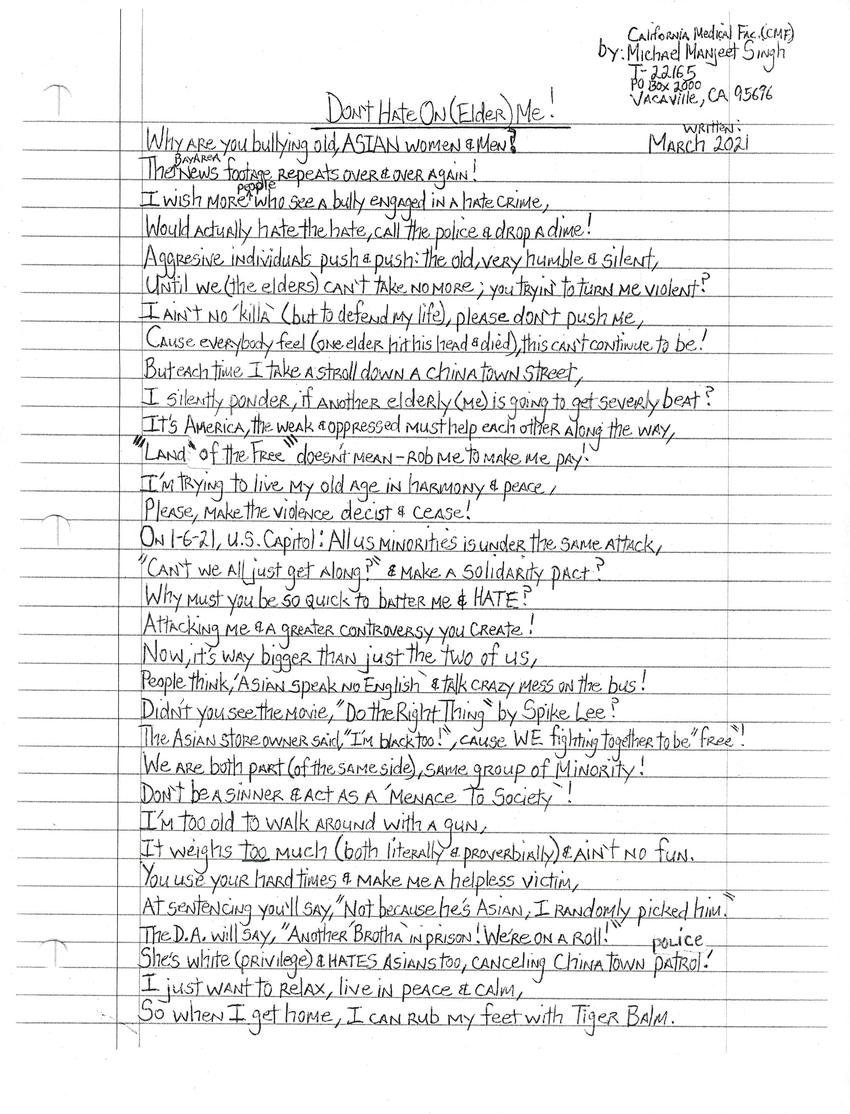 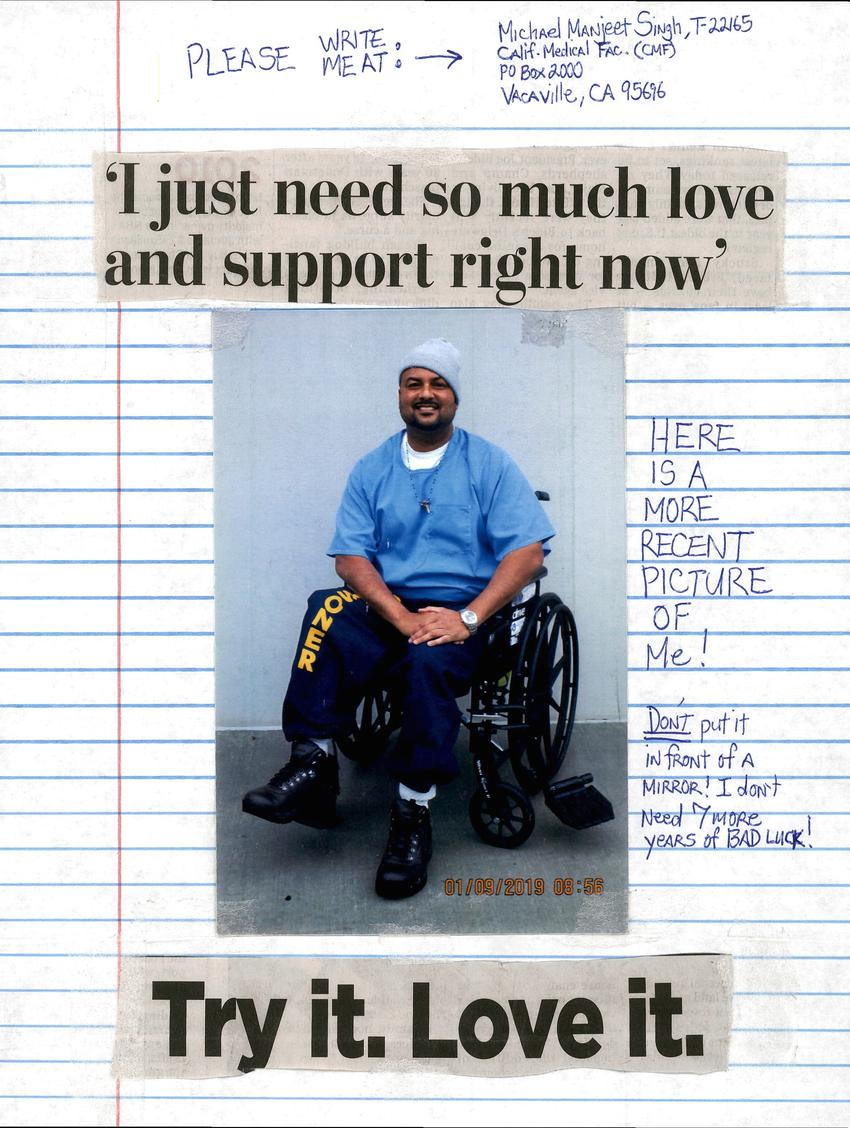 Don't Hate On (Elder) Me!
Why are you bullying old, ASIAN women & men?
The Bay Area news footage repeats over & over again!
I wish more people who see a bully engaged in a hate crime,
Would actually hate the hate, call the police & drop a dime!
Aggressive individuals push & push: the old, very humble & silent,
Until we (the elders) can't take no more; you tryin' to turn me violent?
I ain't no "killa" (but to defend my life), please don't push me,
Cause everybody feel (one elder hit his head & died), this can't continue to be!
But each time I take a stroll down a chinatown street,
I silently ponder, if another elderly (me) is going to get severly beat?
It's America, the weak & oppressed must help each other along the way,
"Land of the Free" doesn't mean – rob me to make me pay!
I'm trying to live my old age in harmony & peace,
Please, make the violence decist & cease!
On 1-6-21, U.S. Capitol: All us minorities is under the same attach,
"Can't we all just get along?" & make a solidarity pact?
Why must you be so quick to batter me & HATE?
Attacking me & a greater controversy you create!
Now, it's way bigger than just the two of us,
People think, "Asian speak no English" & talk crazy mess on the bus!
Didn't you see the movie, "Do the Right Thing" by Spike Lee?
The Asian store owner said, "I'm black too!", cause WE fighting together to be "free"!
We are both part (of the same side), same group of minority!
Don't be a sinner & act as a "Menace to Society"!
I'm too old to walk around with a gun,
It weights too much (both literally & proverbially) & ain't no fun.
You use your hard times & make me a helpless victim,
At sentencing you'll say, "not because he's Asian, I randomly picked him."
The D.A. will say, "Another "brotha" in prison! We're on a roll!" police
She's white (privilege) & HATES Asians too, canceling Chinatown patrol!
I just want to relax, live in peace & calm,
So when I get home, I can rub my feet with Tiger Balm.

"I just need so much love and support right now"
Here is a more recent picture of me!
Don't put it in front of a mirror! I don't need 7 more years of BAD LUCK!
Try it. Love it.