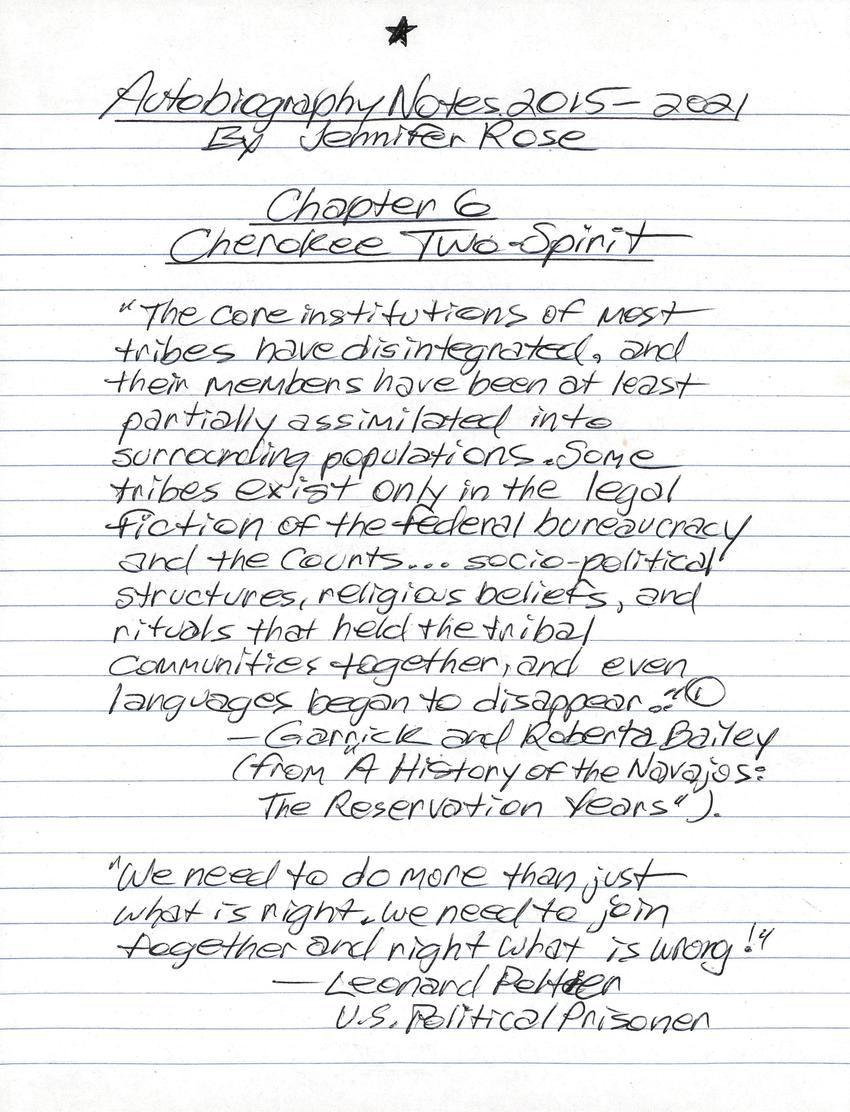 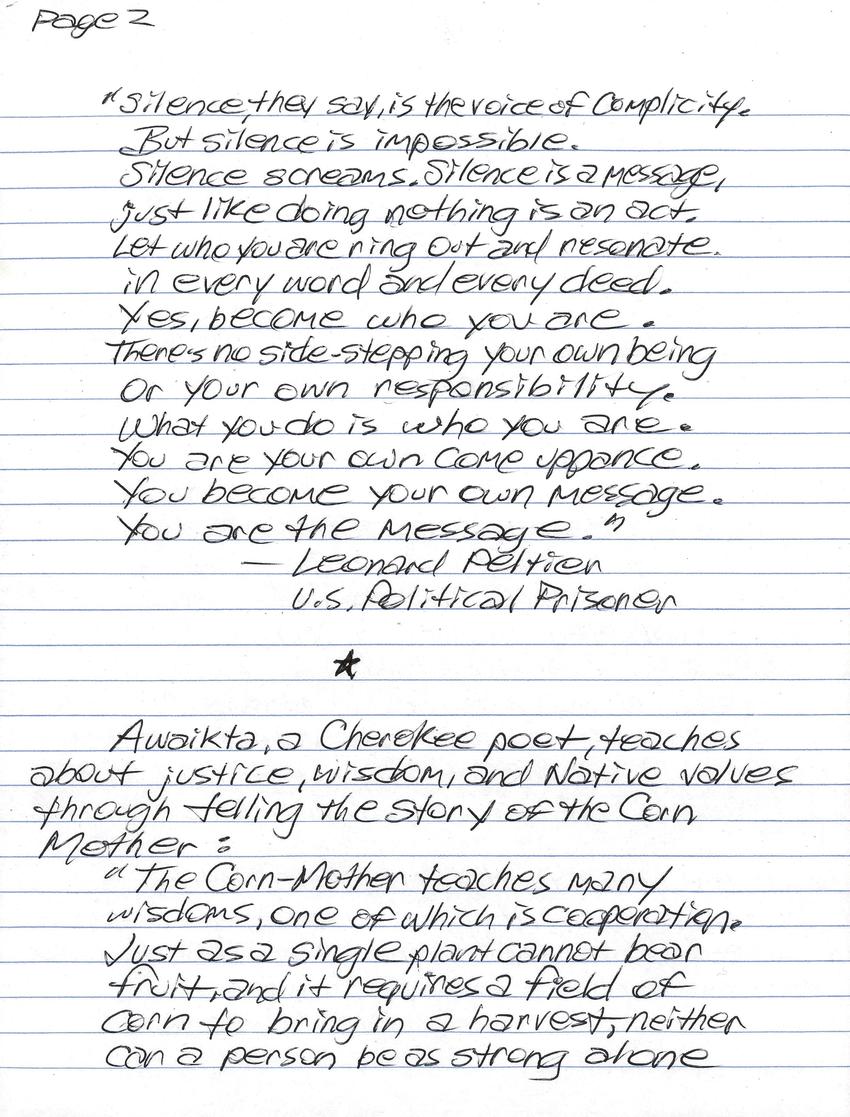 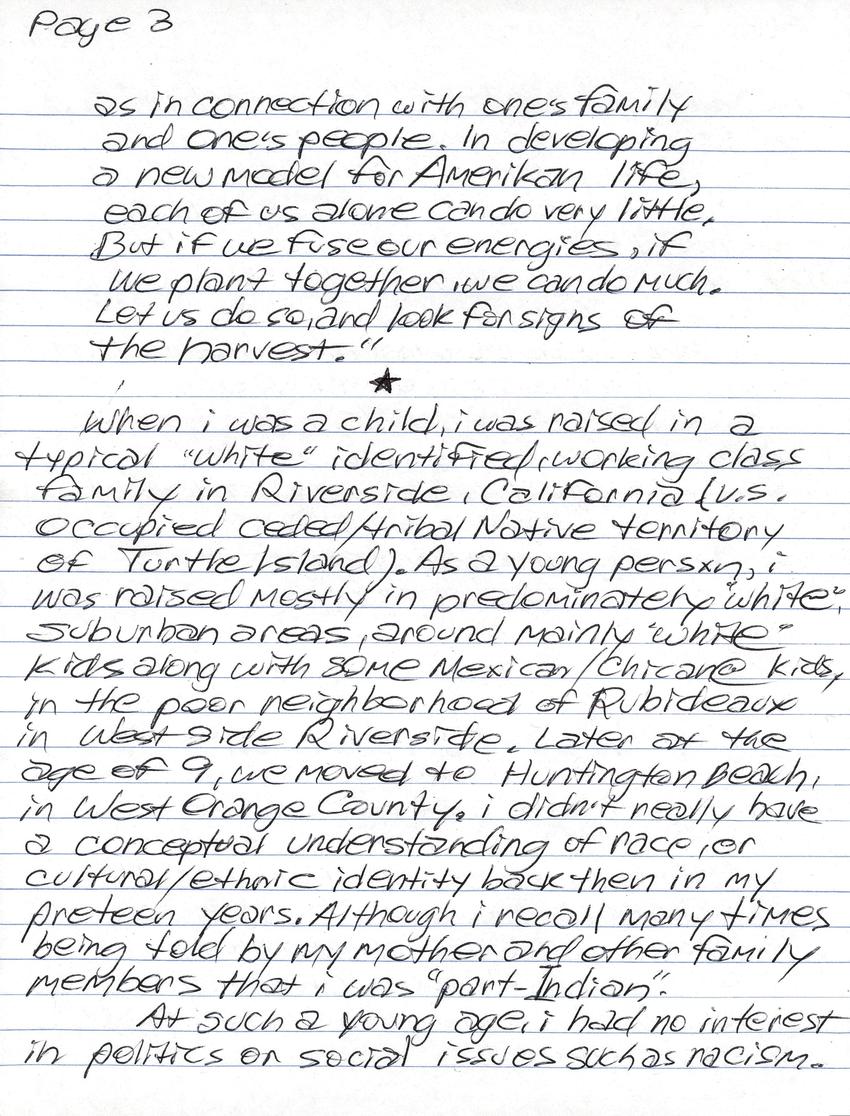 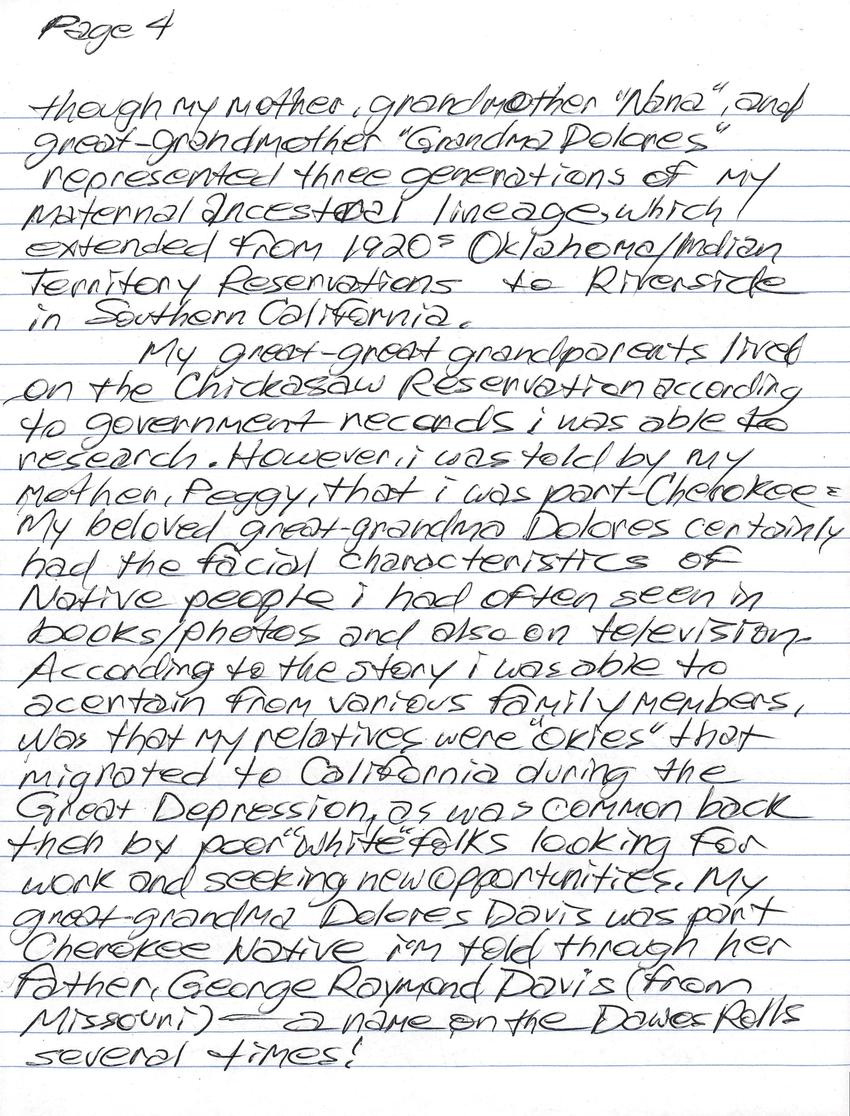 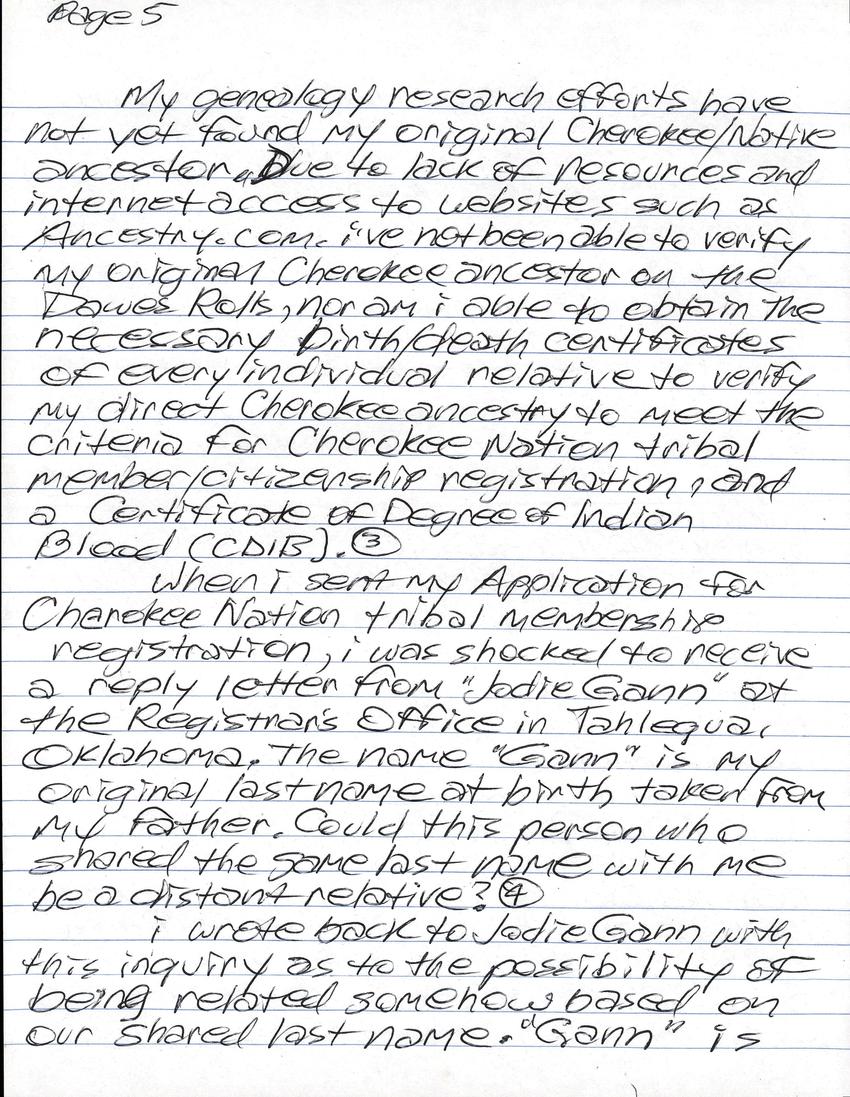 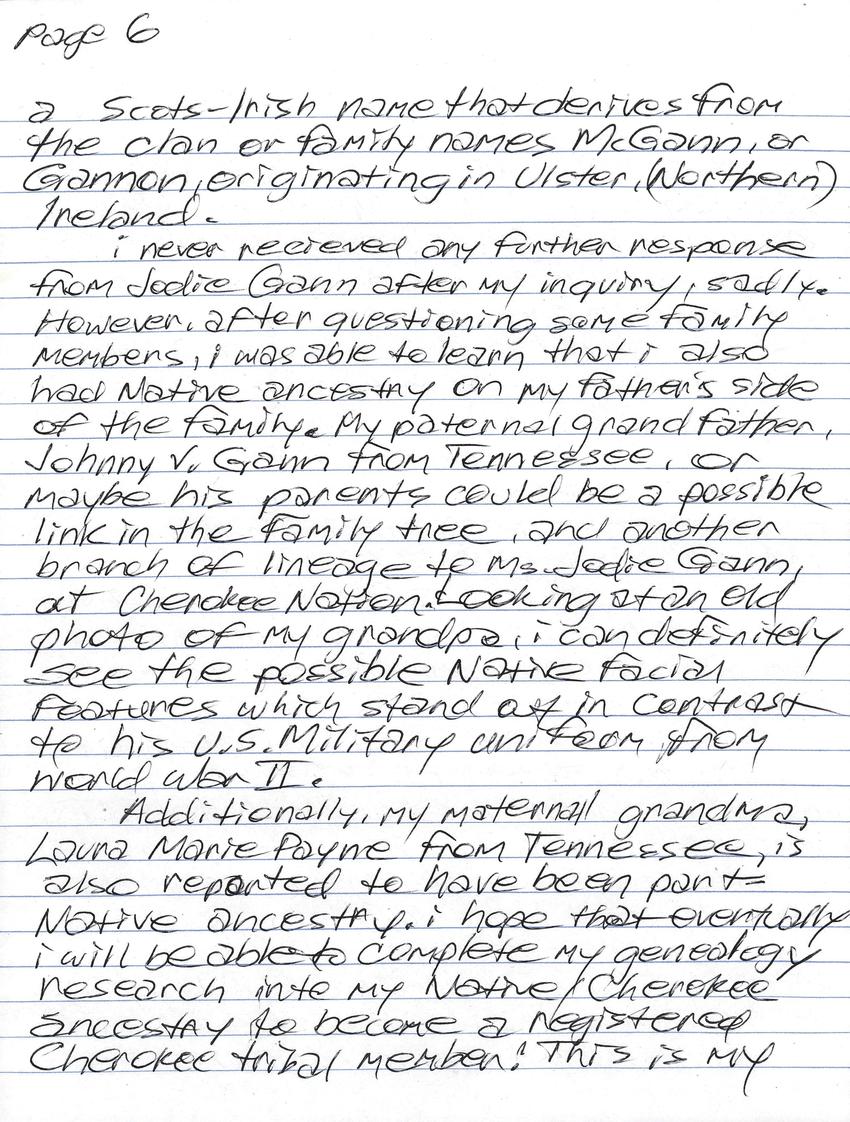 "The core institutions of most tribes have disintegrated, and their members have been at least partially assimilated into surrounding populations. Some tribes exist only in the legal fiction of the federal bureaucracy and the courts... socio-political structures, religious beliefs, and rituals that held the tribal communities together, and even languages began to disappear."
-Garrick and Roberta Baily
(from "A History of Navajos: The Reservation Years").

"We need to do more than just what is right. w need to join together and right what is wrong!"
-Leonard Peltier
U.S. Political Prisoner

"Silence, they say, is the voice of complicity. But silence is impossible. Silence screams. Silence is a message, just like doing nothing is an act. Let who you are ring out and resonate in every world and every deed. Yes, become who you are. There's no side-stepping your own being or your own responsibility. What you do is who you are. You are your own come uppance. You become your own message. You are the message."
-Leonard Peltier
U.S. Political Prisoner

Awaikta, a Cherokee poet, teaches about justice, wisdom, and Native values through telling the story of the Corn Mother:
"The Corn-Mother teaches many wisdoms, one of which is cooperation. Just as a single plant cannot beat fruit, and it requires a field of corn to bring in a harvest, neither can a person be as strong alone as in connection with one's family and one's people. In developing a new model for Amerikan life, each of us alone can do very little. But if we fuse our energies, if we plant together, we can do much. Let us do so, and look for signs of the harvest."
*
When i was a child, i was raised in a typical "white" identified, working class family in Riverside, California (v.s. occupied ceded/tribal Native territory of Turtle Island). As a young persxn, i was raised mostly in predominantly "white" suburban areas, around mainly "white" kids with some Mexican/Chicano kids, in the poor neighborhood of Rubideaux in West Side Riverside. Later at the age of 9, we moved to Huntington Beach, in West Orange County. i didn't really have a conceptual understanding of race, or cultural/ethnic identity back then in my preteen years. Although i recall many times being told by my mother and other family members that i was "part-Indian".
At such a young age, i had no interest in politics on social issues such as racism. though my mother, grandmother "Nana", and great-grandmother "Grandma Dolores" represented three generations of my maternal ancestral lineage, which extended from 1920s Oklahoma/Indian Territory Reservations to Riverside in Southern California.
My great-great grandparents lived on the Chickasaw Reservation according to government records i was able to research. However, i was told by my mother, Peggy, that i was part-Cherokee my beloved great-grandma Dolores certainly had the facial characteristics of Native people i had often seen in books/photos and also on television. According to the story i was able to acertain from various family members, was that my relatives were "Okies" that migrated to California during the Great Depression, as was common back then by poor "white" folks looking for work and seeking new opportunities. My great-grandma Dolores Davis was part Cherokee Native i'm told through her father, George Raymond Davis (from Missouri) - a name on the Dawes Rolls several times!
My genealogy research efforts have not yet found my original Cherokee/Native ancestor. Due to lack of resources and internet access to websites such as Ancestry.com. i've not been able to verify my original Cherokee ancestor on the Dawes Rolls, nor am i able to obtain the necessary birth/death certificates of every individual relative to verify my direct Cherokee ancestry to my the criteria for Cherokee Nation tribal member/citizenship registration, and a Certificate of Degree of Indian Blood (CDIB). 3
When i sent my Application for Cherokee Nation tribal membership registration, i was shocked to receive a reply letter from "Jodie Gann" at the Registrar's Office in Tahlequa, Oklahoma. The name "Gann" is my original last name at birth taken from my father. Could this person who shared the same last name with me be a distant relative? 4
i wrote back to Jodie Gann with this inquiry as to the possibility of being related somehow based on our shard last name. "Gann" is a Scots-Irish name that derives from the clan or family names Mcgann, or Gannon, originating in Ulster, (Northern) Ireland.
i never recieved any further response from Jodie Gann after my inquiry, sadly. However, after questioning some family members, i was able to learn that i also had Native ancestry on my father's side of the family. My paternal grandfather, Johnny V. Gann from Tennessee, or maybe his parents could be a possible link in the family tree, and another branch of lineage to Ms. Jodie Gann, at Cherokee Nation. Looking at an old photo of my grandpa, i can definitely see the possible Native facial features which stand out in contrast to his U.S. Military uniform from World War II.
Additionally, my maternal grandma, Laura Marie Payne from Tennessee, is also reported to have been part Native ancestry. i hope that eventually i will be able to complete my genealogy research into my Native/Cherokee ancestry to become a registered Cherokee tribal member! This is my act of resistance against the Amerikan Genocide against Native People/ by the colonial, white supremacy U.S. government and military campaigns of extermination, during the Indian Removal Act and so-called "Indian Wars" against Lakota, Apache, and many other Plains and Southwest tribes. 5
Yet it seems there are still so many obstacles to claiming our cultural identity and Native spiritual traditions. We have been forced to assimilate into white colonial Amerikan Culture - a culture of systemic racism and mass incarceration, of capitalist greed and the destruction of Mother Earth by air and water pollution.
i dream of someday visiting the Blue Ridge Mountains of Western North Carolina, and Lake Junaluska between Asheville and Cherokee tribal lands. Also, to visit Oklahoma, the Cherokee Nation tribal territory, the second largest Reservation. i want to re-connect, to learn the history and traditions of this part of my ancestral heritage.
#FreetheLand!
*
i am Cherokee, a Native American Indian descendant of an original Cherokee tribal ancestor. i am two spirit, being born male and becoming a womxn. i've experienced/lived as both male and female in this life, i've shard in both masculine and feminine sexual identity, gender roles, and spiritual aspects of divine life. i'm a Third Gender.Third Sex two-spirit. 6
*

Notes
1. Criteria for sovereinty have been defined by the National Lawyers Guild as: (a) a permanent population; (b) a defined territory (of land); (c) an effective government; and (d) a capacity to enter into relations with other states. - Matthiesseu, Peter. In the Spirit of Crazy Horse: The Story of Leonard Peltier and the FBI's War on the American Indian Movement. (Penguin Books, 1992).
2. On June 26, 1975, two FBI agents drove onto Indian land near Oglala, South Dakota, a small village on the Pine Ridge Reservation. They provoked a shoot out in which both theirselves and Native Man were killed. Four men were indicted for the killings, one of whom was released for lack of evidence, and two others were acquitted in July 1976. The fourth man, Leonard Peltier, indicted on the same charges as the first three... was convicted on two counts of first-degree murder and sentenced to consecutive life terms in federal prison. see United States v. Peltier, 585 F. 2nd 314 (8th Cir. 1978).
3. The Cherokee Nation tribal membership criteria requires a showing of direct ancestral lineage to an original Cherokee ancestor registered by the U.S. government Dawes Rolls, adn supported by State certified birth certificates; or providing a Roll# of other registered tribal member relatives.
4. My "Christian" birth-name given was John David Gann, according to my original birth certificate. On December 18, 2018, i was granted a legal name and gender change per court order of the Monterey County Superior Court, which changed my name to : Jennifer Amelia Rose; and changed my legal gender to : Female. A new birth certificate was also issued by the California Department of Public Health - Vital Statistics Office - with my new name and sex-marker as "female".
5. "For the Indian Peoples of the Americas, 12 October 1492 is a day of Black Mourning" - Francis Jennings. The Founders of America : How Indians Discovered the Land Pioneered in It, and Created Great Classical Civilizations, How The Were Plunged into a Dark Age by Invasion and Conquest, and How They Are Reviving. (New York: W.W. Norton & Co., 1993). - In 1830, Andrew Jackson's "Indian Removal Law legalized the forced death march of Native People west of the Mississippi River. From 1831, the Cherokees, whose rights were signed away by a so-called "treaty party" at the Treaty of New Echota on 29 December 1835, relinquishing all claims to land East of the Mississippi in exchange for $5 millions. The richer Cherokees took their slaves and portable possessions west in Spring of 1836, but the Cherokee Nationalists who had no part in the treaty arrangements stuck fast to their land until rounded up at bayonet point and forced onto the 'Trail of Tears' under hardships and with casualties that few armies have had to endure in combat. Of the 13,000 Cherokees on that trek, at least 4,000 died of privation and exposure." (p. 333).
6. John Roth, "A Tribe Called Queen: In The Native American Community, Two Spirits Can Be Better Than One". Out, February 2012. p. 34 - "In 2006, the First Nations Two Spirit Collective formed, creating a political platform for LGBT Native People." - " In 1990, a queen Native American caucus settled on 'two spirit' as an umbrella term to describe indigenous people of alternative gender of sexuality."
*
#LoveandDefendMotherEarth!