The Hypocrisy of President Biden 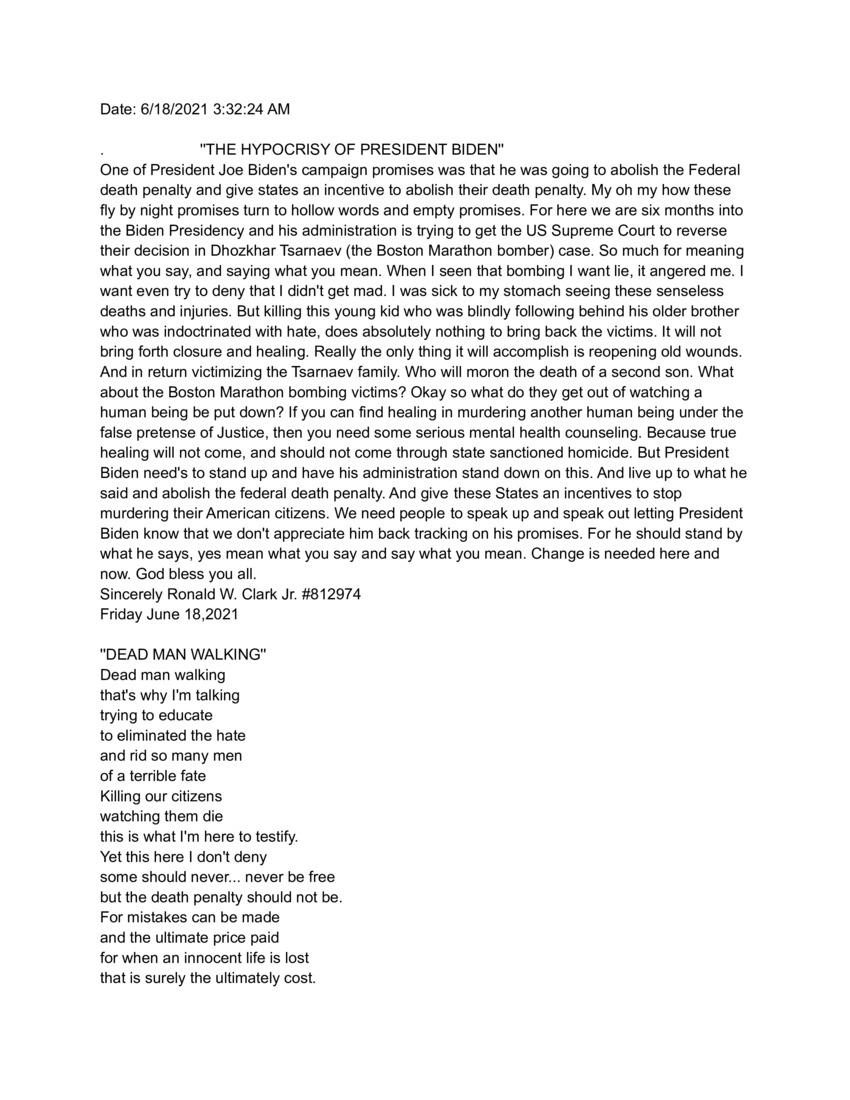 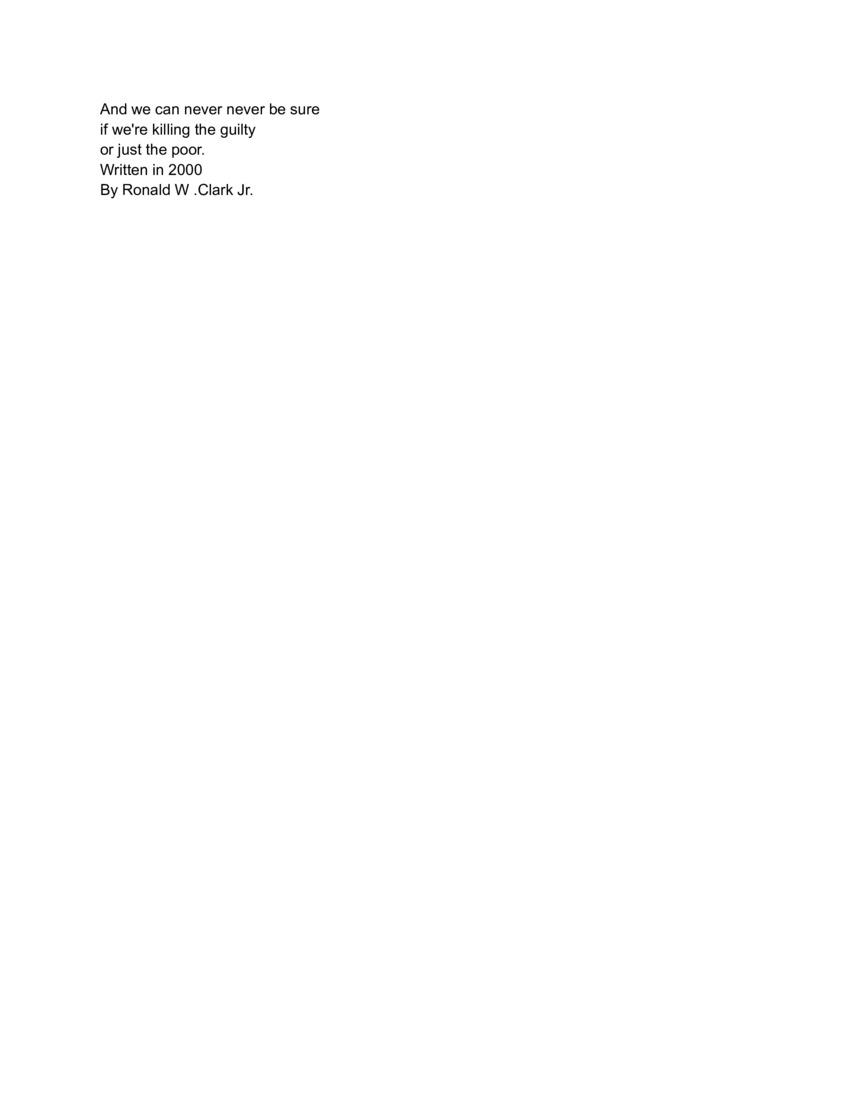 : "THE HYPOCRISY OF PRESIDENT BIDEN"

One of President Joe Biden's campaign promises was that he was going to abolish the Federal
death penalty and give states an incentive to abolish their death penalty. My oh my how these
fly by night promises turn to hollow words and empty promises. For here we are six months into
the Biden Presidency and his administration is trying to get the US Supreme Court to reverse
their decision in Dhozkhar Tsarnaev (the Boston Marathon bomber) case. So much for meaning
what you say, and saying what you mean. When | seen that bombing | want lie, it angered me. |
want even try to deny that | didn't get mad. | was sick to my stomach seeing these senseless
deaths and injuries. But killing this young kid who was blindly following behind his older brother
who was indoctrinated with hate, does absolutely nothing to bring back the victims. It will not
bring forth closure and healing. Really the only thing it will accomplish is reopening old wounds.
And in return victimizing the Tsamaev family. Who will moron the death of a second son. What
about the Boston Marathon bombing victims? Okay so what do they get out of watching a
human being be put down? If you can find healing in murdering another human being under the
false pretense of Justice, then you need some serious mental health counseling. Because true
healing will not come, and should not come through state sanctioned homicide. But President
Biden need's to stand up and have his administration stand down on this. And live up to what he
said and abolish the federal death penalty. And give these States an incentives to stop
murdering their American citizens. We need people to speak up and speak out letting President
Biden know that we don't appreciate him back tracking on his promises. For he should stand by
what he says, yes mean what you say and say what you mean. Change is needed here and
now. God bless you all.

to eliminated the hate

and rid so many men

of a terrible fate

this is what I'm here to testify

Yet this here | don't deny

some should never... never be free
but the death penalty should not be.
For mistakes can be made

and the ultimate price paid

for when an innocent life is lost
that is surely the ultimately cost.

or just the poor.