A Gram of Knowledge 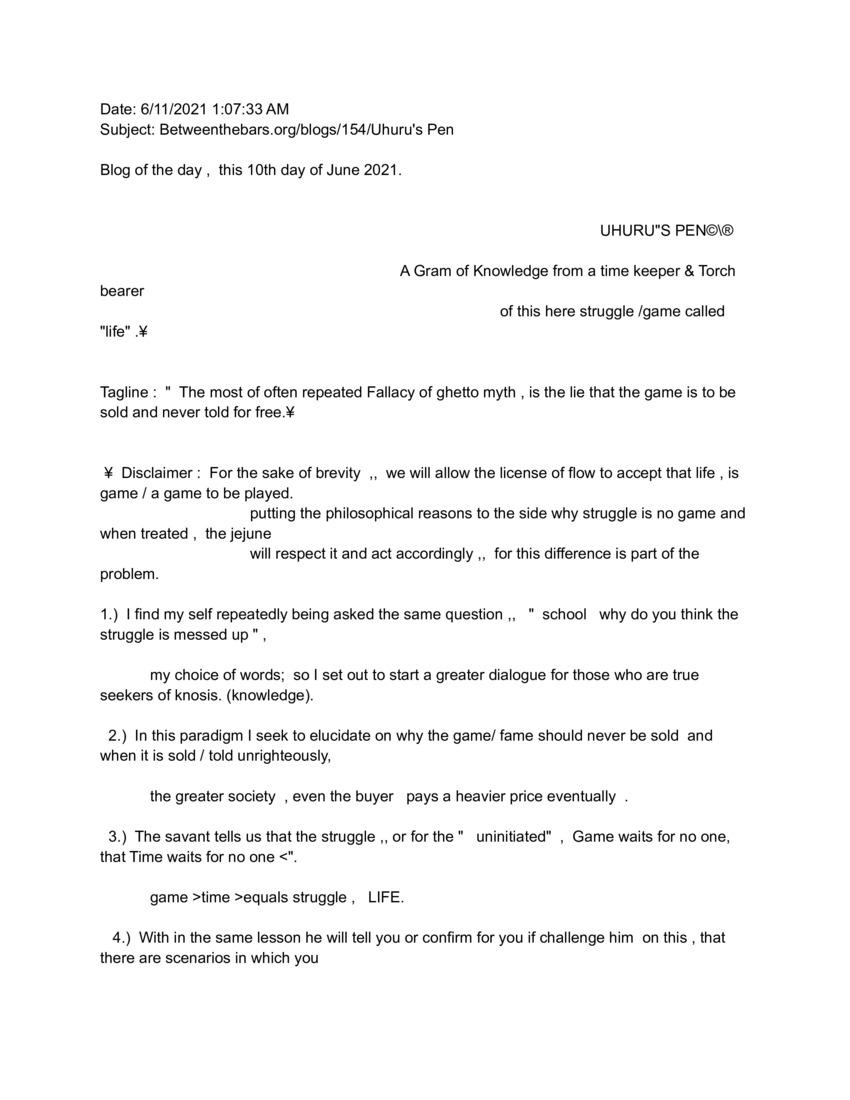 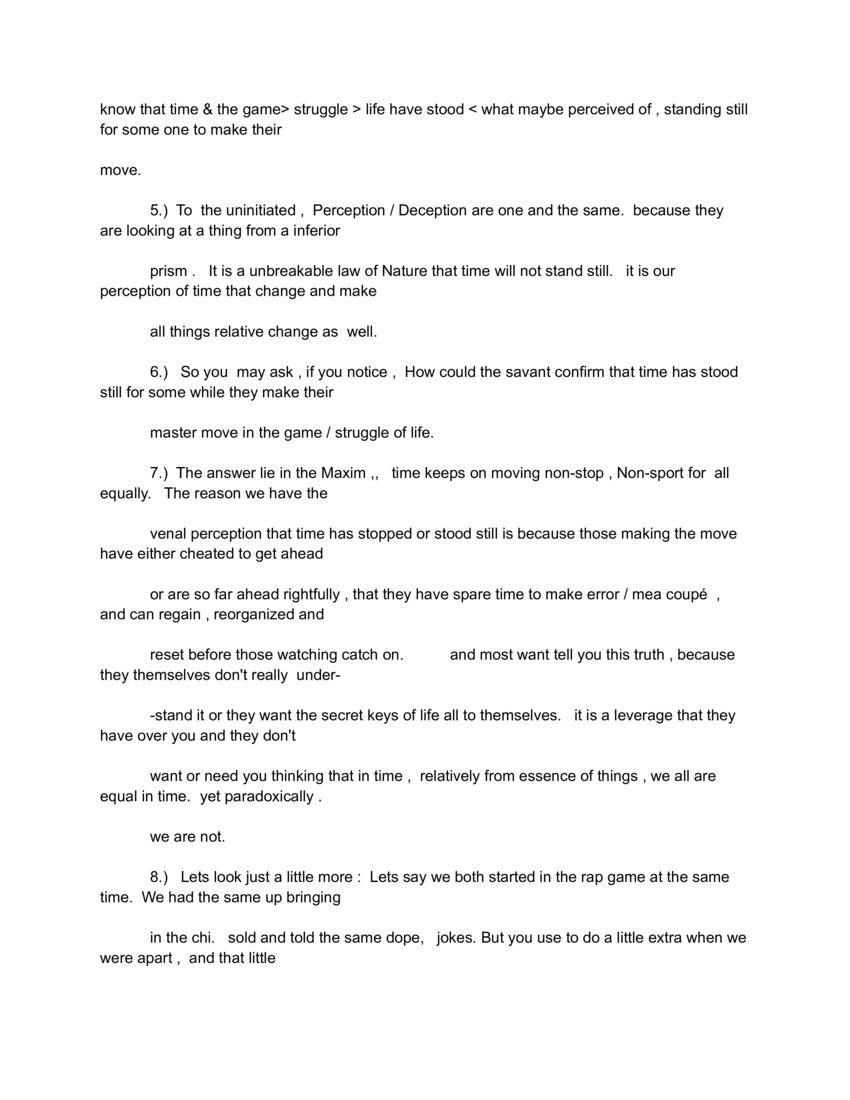 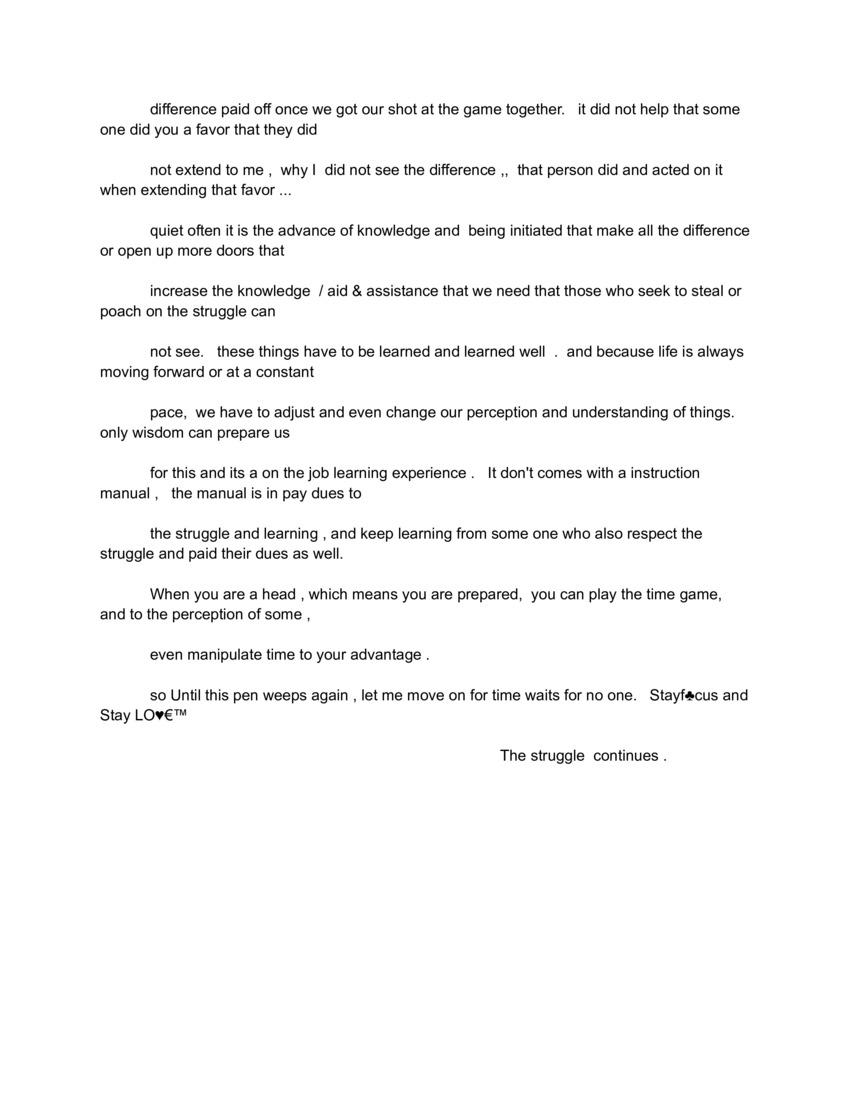 Gram of Knowledge from a time keeper & Torch
bearer

Tagline : " The most of often repeated Fallacy of ghetto myth , is the lie that the game is to be
sold and never told for free.Â¥

Â¥ Disclaimer : For the sake of brevity ,, we will allow the license of flow to accept that life , is
game / a game to be played.

putting the philosophical reasons to the side why struggle is no game and
when treated , the jejune

will respect it and act accordingly ,, for this difference is part of the
problem.

1.) | find my self repeatedly being asked the same question ,, " school why do you think the
struggle is messed up",

my choice of words; so | set out to start a greater dialogue for those who are true
seekers of knosis. (knowledge).

2.) In this paradigm | seek to elucidate on why the game/ fame should never be sold and
when it is sold / told unrighteously,

the greater society , even the buyer pays a heavier price eventually

4.) With in the same lesson he will tell you or confirm for you if challenge him on this , that
there are scenarios in which you

know that time & the game> struggle > life have stood < what maybe perceived of , standing still
for some one to make their

5.) To the uninitiated , Perception / Deception are one and the same, because they
are looking at a thing from a inferior

prism . [tis a unbreakable law of Nature that time will not stand stil. it is our
perception of time that change and make

all things relative change as well

6.) Soyou may ask , if you notice , How could the savant confirm that time has stood
still for some while they make their

master move in the game / struggle of life.

7.) The answer lie in the Maxim ,, time keeps on moving non-stop , Non-sport for all
equally. The reason we have the

or are so far ahead rightfully , that they have spare time to make error / mea coupÃ© ,
and can regain , reorganized and

reset before those watching catch on. and most want tell you this truth , because
they themselves don't really under-

-stand it or they want the secret keys of life all to themselves. it is a leverage that they
have over you and they don't

want or need you thinking that in time , relatively from essence of things , we all are
equal in time. yet paradoxically

8.) Lets look just a little more: Lets say we both started in the rap game at the same
time. We had the same up bringing

inthe chi. sold and told the same dope, jokes. But you use to do a little extra when we
were apart , and that little

difference paid off once we got our shot at the game together. it did not help that some
â€˜one did you a favor that they did

not extend tome , why! did not see the difference ,, that person did and acted on it
when extending that favor ...

not see. these things have to be leamed and learned well . and because life is always
moving forward or at a constant

pace, we have to adjust and even change our perception and understanding of things.
only wisdom can prepare us

for this and its a on the job learning experience . It don't comes with a instruction
manual, the manual is in pay dues to

the struggle and learning , and keep learning from some one who also respect the
struggle and paid their dues as well

When you are a head , which means you are prepared, you can play the time game,
and to the perception of some ,

even manipulate time to your advantage .

so Until this pen weeps again , let me move on for time waits for no one. Stayfocus and
Stay Loveâ„¢