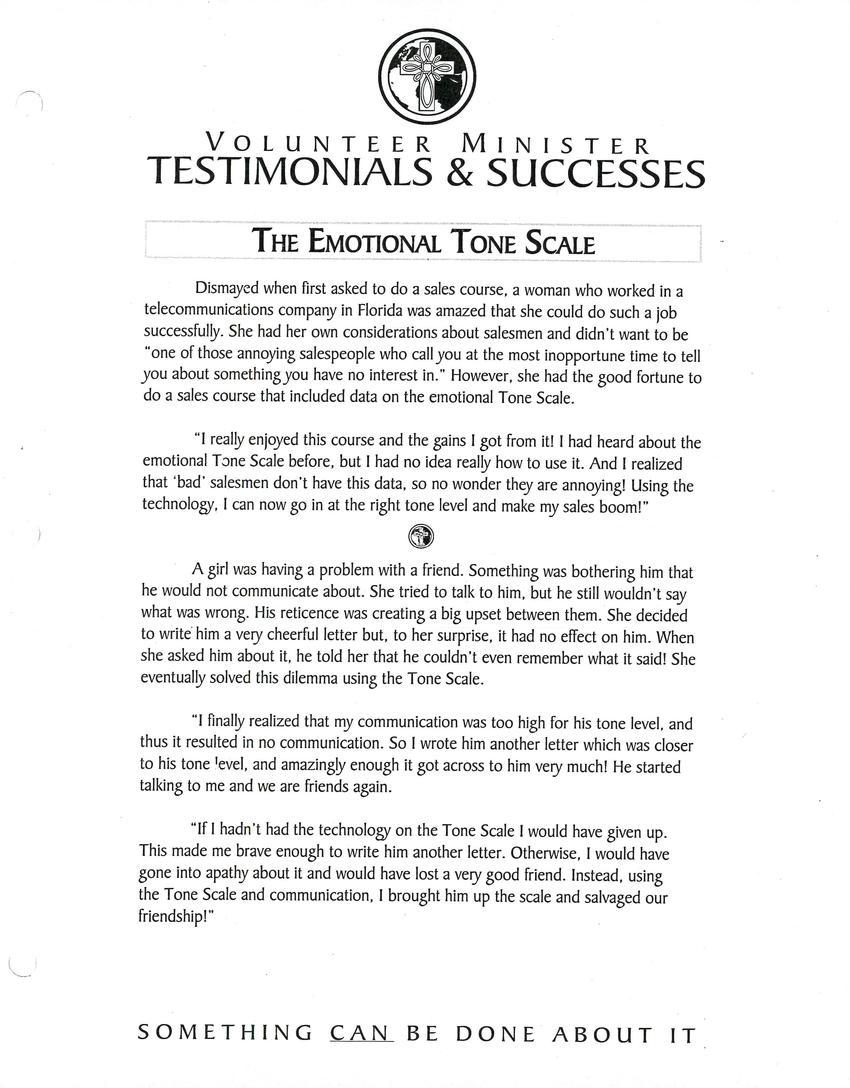 THE EMOTIONAL TONE SCALE
Dismayed when first asked to do a sales course, a woman who worked in a telecommunications company in Florida was amazed that she could do such a job successfully. She had her own considerations about salesmen and didn't want to be "one of those annoying salespeople who call you at the most inopportune time to tell you about something you have no interest in." However, she had the good fortune to do a sales course that included data on the emotional Tone Scale.

"I really enjoyed this course and the gains I got from it! I had heard about the emotional Tone Scale before, but I had no idea really how to use it. And I realized that 'bad' salesmen don't have this data, so no wonder they are annoying! Using the technology, I can now go in at the right tone level and make my sales boom!"

A girl was having a problem with a friend. Something was bothering him that he would not communicate about. She tried to talk to him, but he still wouldn't say what was wrong. His reticence was creating a big upset between them. She decided to write him a very cheerful letter but, to her surprise, it had no effect on him. When she asked him about it, he told her that he couldn't even remember what it said! She eventually solved this dilemma using the Tone Scale.

"If I hadn't had the technology on the Tone Scale I would have given up. This made me brave enough to write him another letter. Otherwise, I would have gone into apathy about it and would have lost a very good friend. Instead, using the Tone Scale and communication, I brought him up the scale and salvaged our friendship!"

SOMETHING CAN BE DONE ABOUT IT