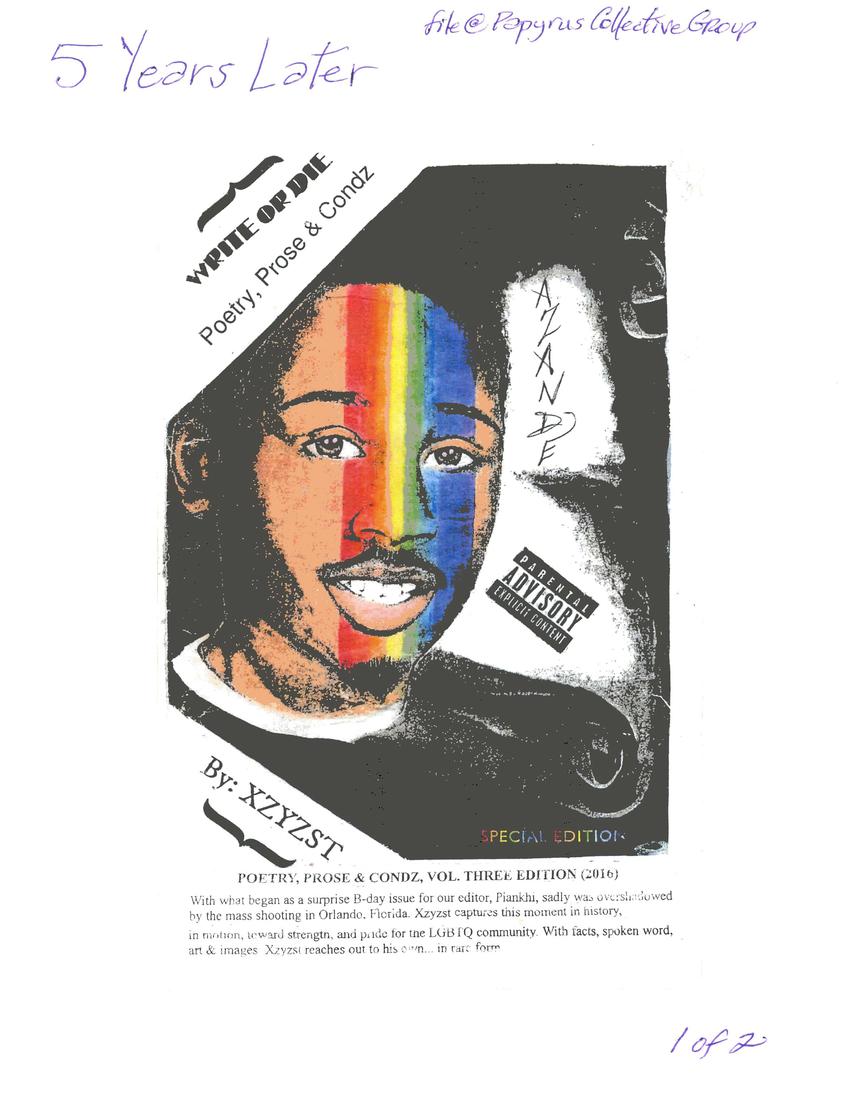 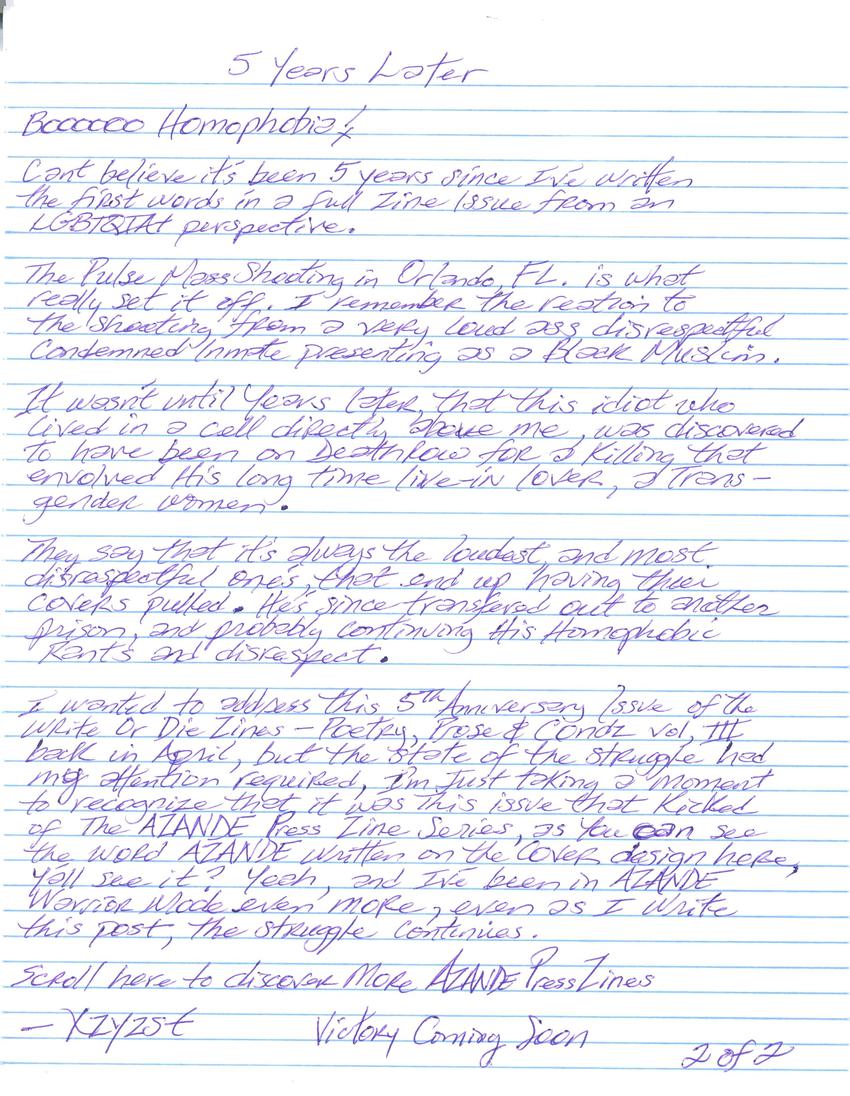 With what began as a surprise B-day issue for our editor, Piankhi, sadly was overshadowed by the mass shooting in Orlando, Florida. Xzyzst captures this moment in history, in motion, toward strength, and pride for the LGBTQ community. With facts, spoken word, art & images, Xyzst reaches out to his own...in rare form.

Can't believe it's been 5 years since I've written the first words in a full zine issue from an LGBTQIA+ perspective.

The Pulse Mass Shooting in Orlando, FL. is what really set it off. I remember the creation to the shooting from a very loud ass disrespectful condemned inmate presenting as a Black Muslim.

It wasn't until years later, that this idiot who lived ina cell directly above me, was discovered to have been on Death Row for a killing that involved His long time live-in lover, a transgender women.

They say that it's always the loudest, and most disrespectful ones that end up having their covers pulled. He's since transferred out to another prison, and probably continuing His Homophobic Rants and disrespect.

I wanted to address this 5th Anniversary Issue of the Write Or Die Zines - Poetry, Prose & Condz Vol, III back in April, but the state of the struggle had my attention required, I'm just taking a moment to recognize that it was this issue that kicked of the AZANDE Press Zine Series, as you can see the word AZANDE written on the COVER design here, y'all see it? Yeah, and I've been in AZANDE Warrior Mode even more, even as I write this post, the struggle continues.