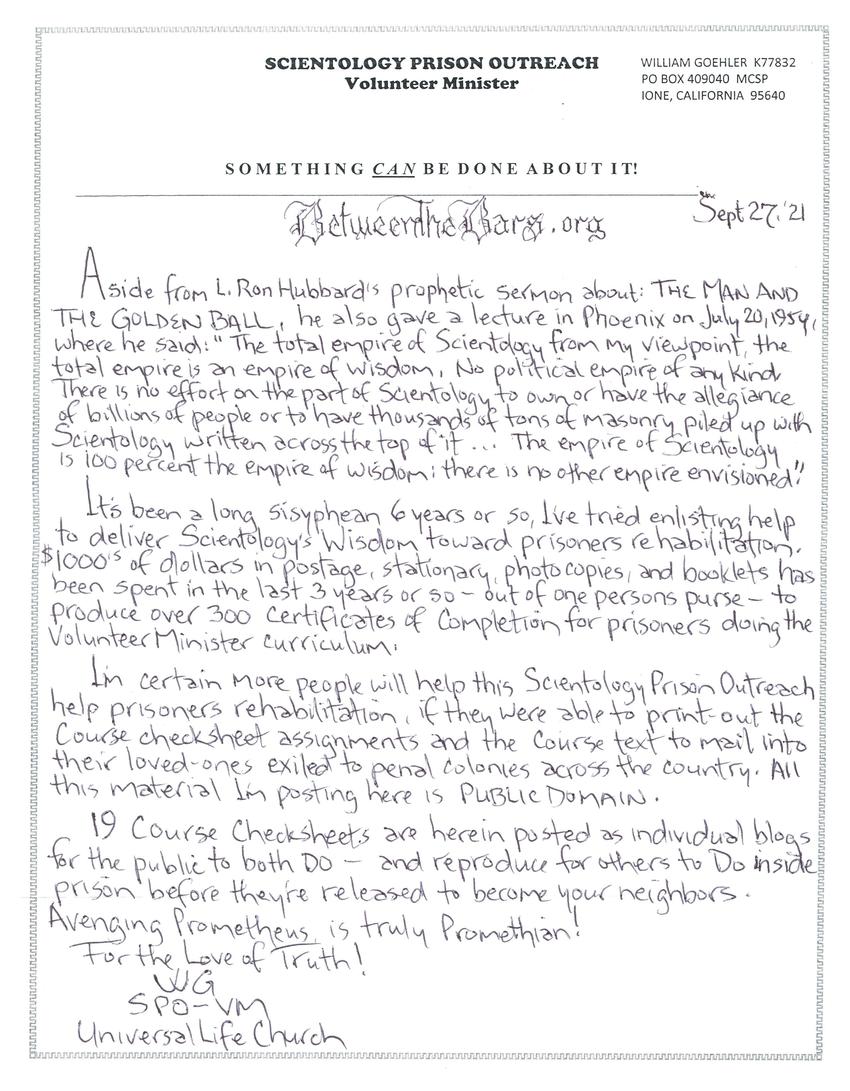 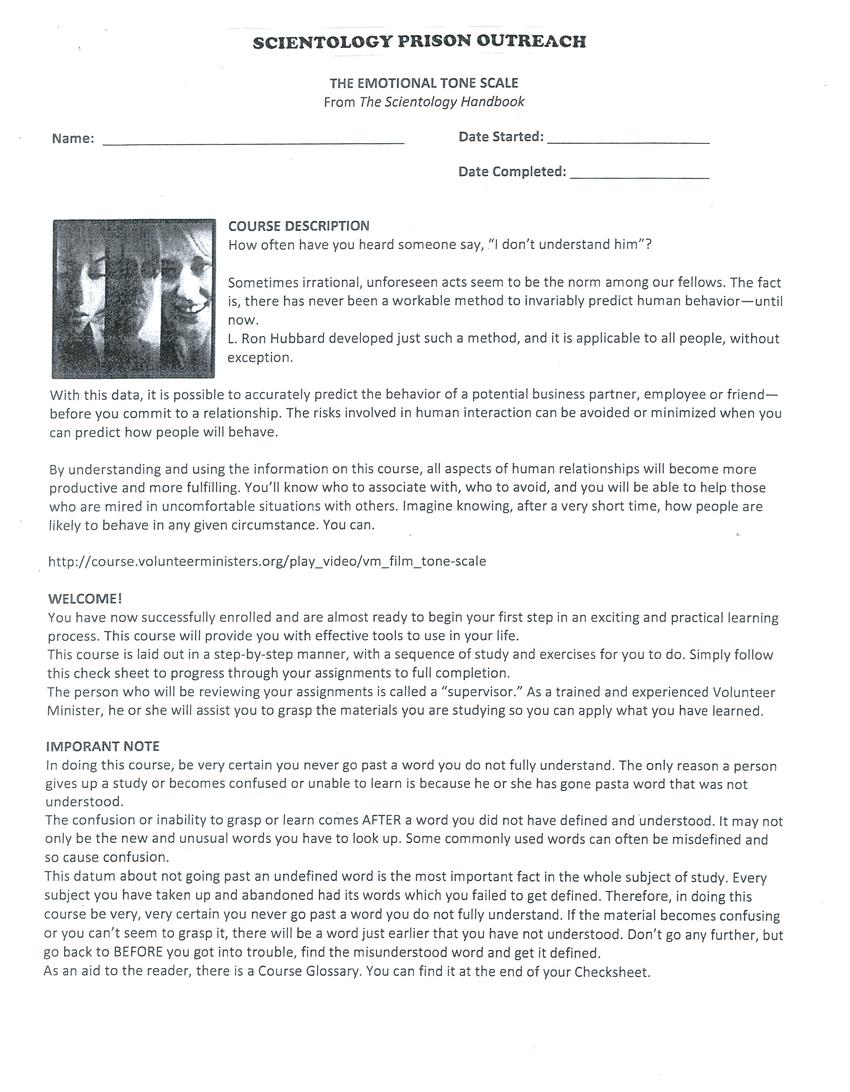 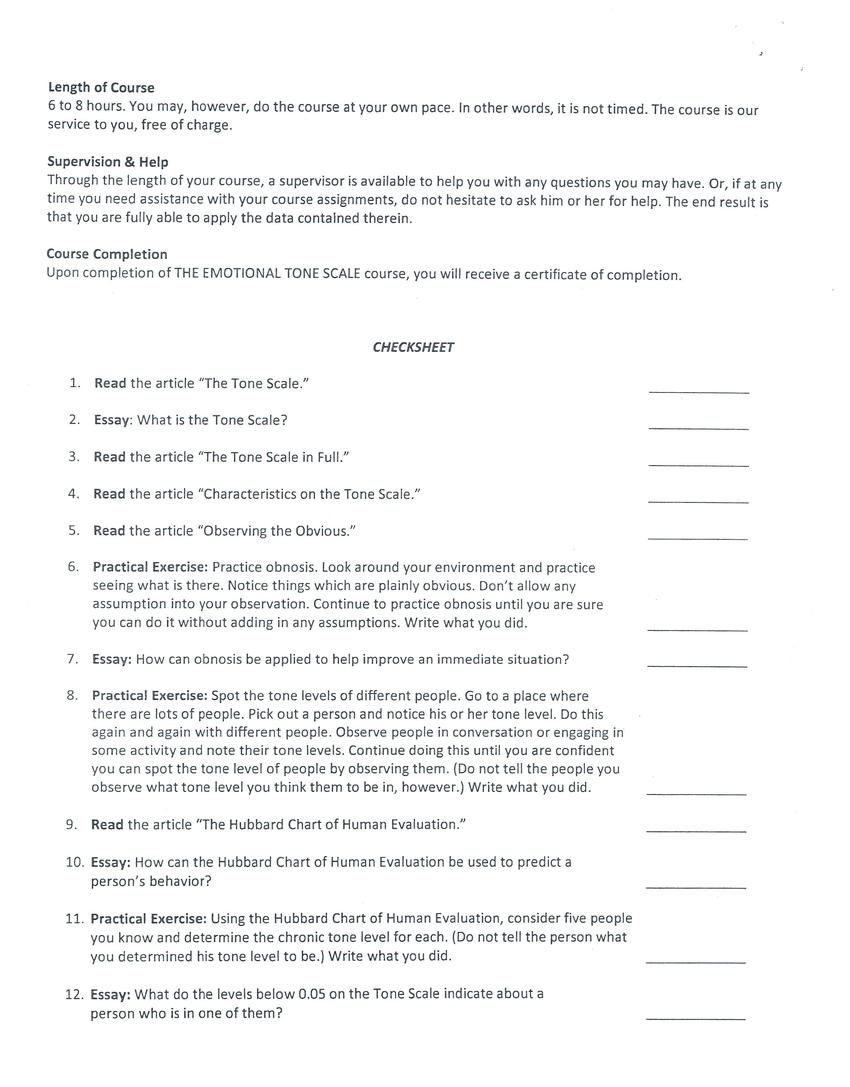 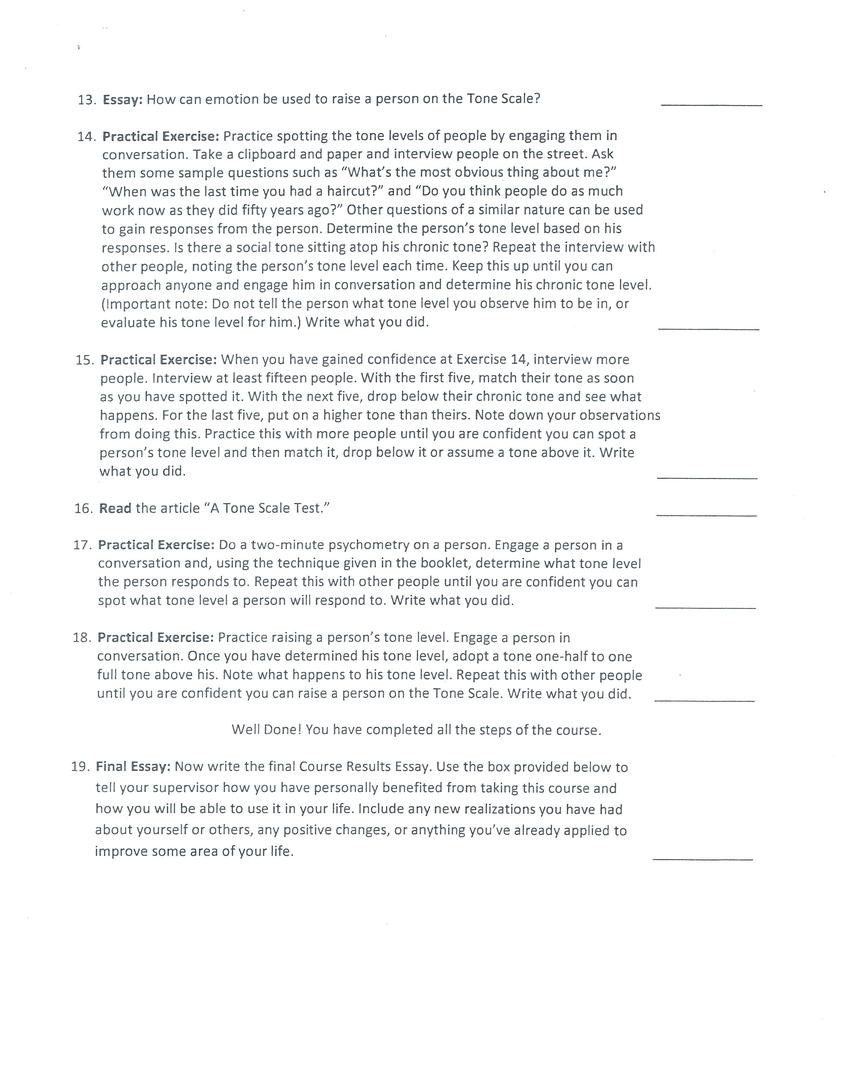 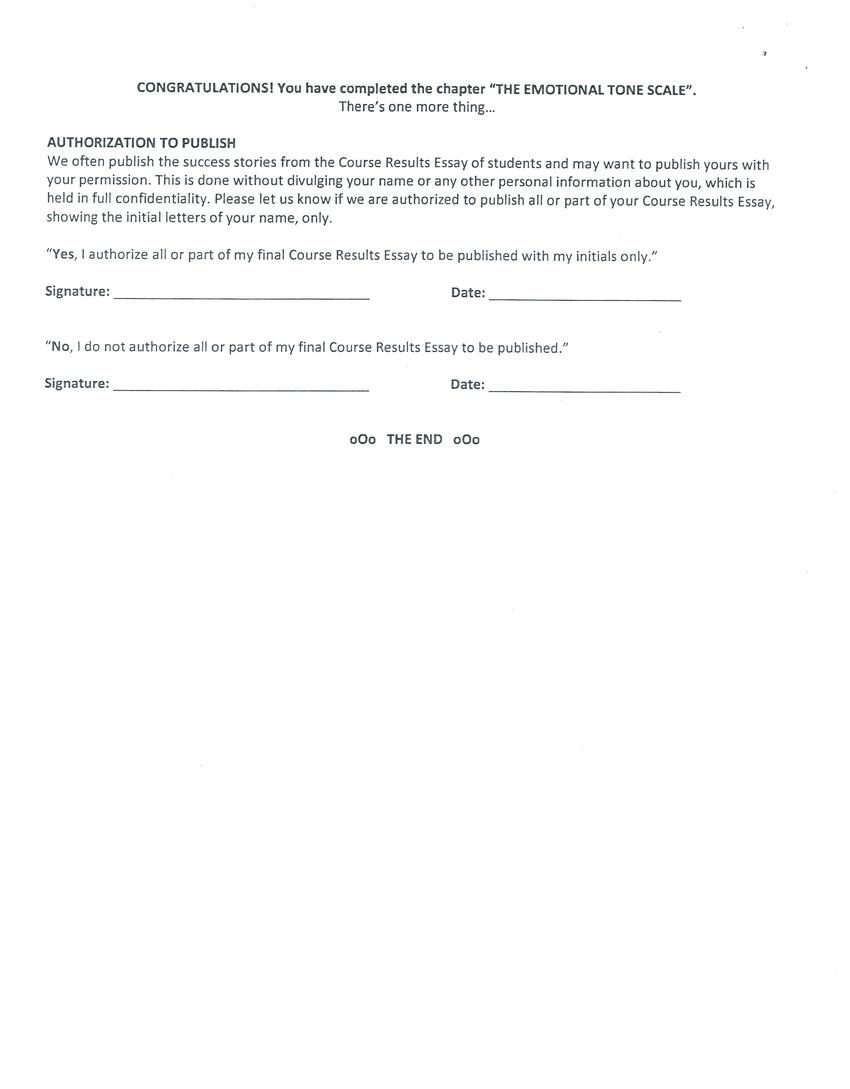 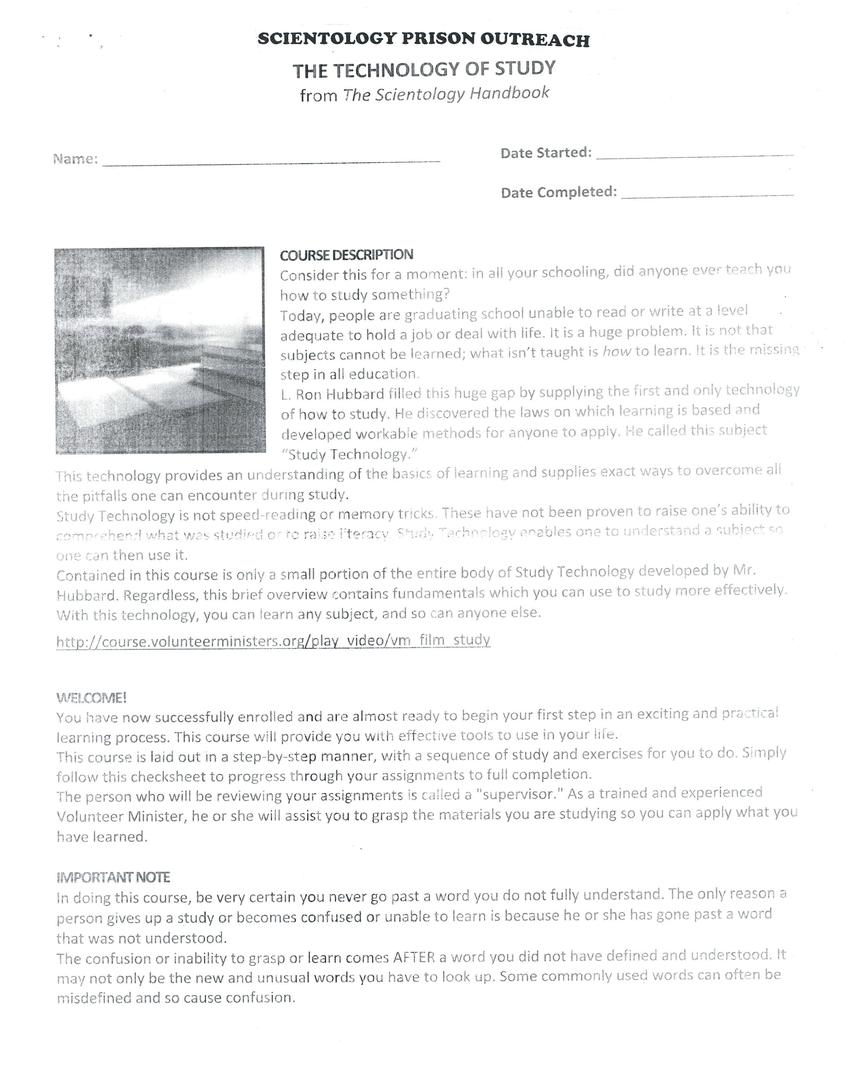 It's been a long sisphean 6 years or so, I've tried enlisting help to deliver Scientology's Wisdom toward prisoners rehabilitation. $1,000s of dollars in postage, stationary, photo copies, and booklets has been spent in the last 3 years or so -- out of one person's purse -- to produce over 300 certifications of completion for prisoners doing the Volunteer Minister curriculum.

I'm certain more people will help this Scientology Prison Outreach help prisoners rehabilitation. If they were able to print out the course checksheet assignment and the course text to mail into their loved ones exiled to penal colonies across the country. All this material I'm posting here is Public Domain.

19 Course Checksheets herein posted as individual blogs for the public to both do -- and reproduce for others to Do inside of prison before they're released to become your neighbors. Avenging Prometheus is truly Promethian!

For the love of truth!
WG
SPO-VM
Universal Life Church