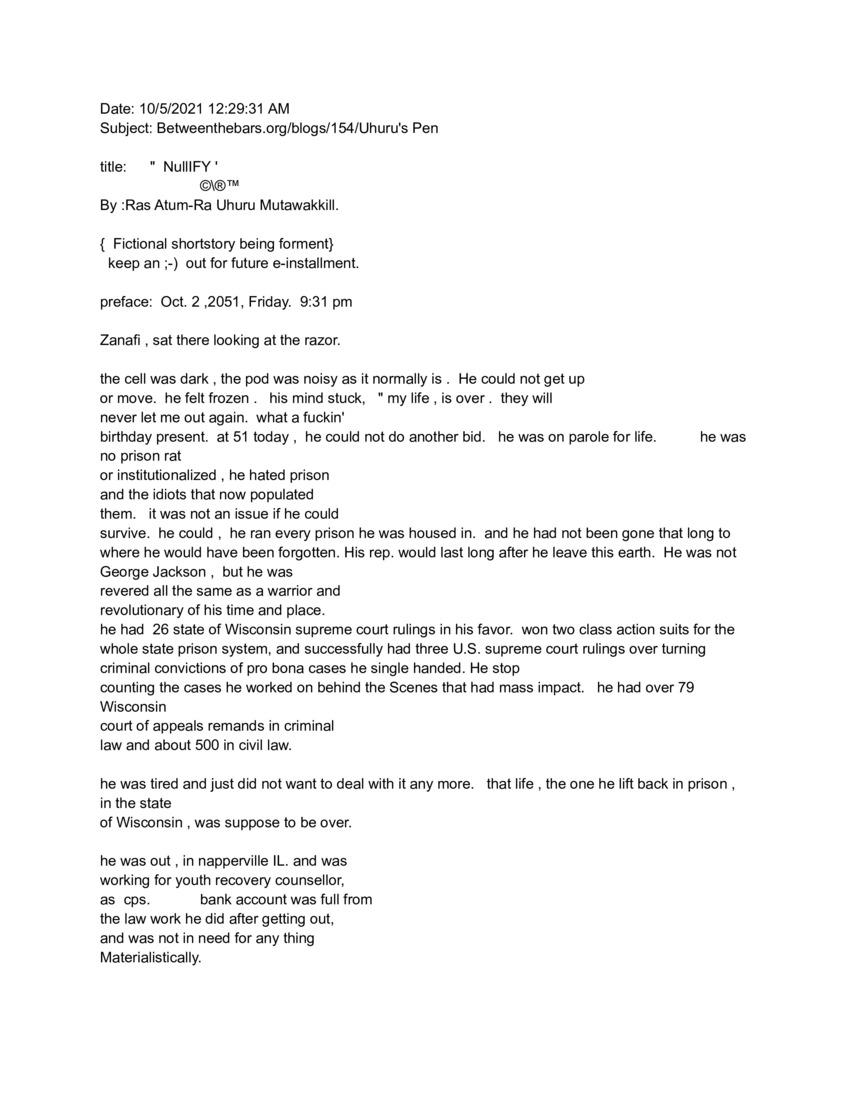 Zanafi, sat there looking at the razor.

He was tired and just did not want to deal with it any more. That life, the one he lift back in prison,
in the state
of Wisconsin, was suppose to be over.
He was out, in napperville IL. And was
working for youth recovery counselor, as cps. Bank account was full from the law work he did after getting out,
and was not in need for any thing
Materialistically.