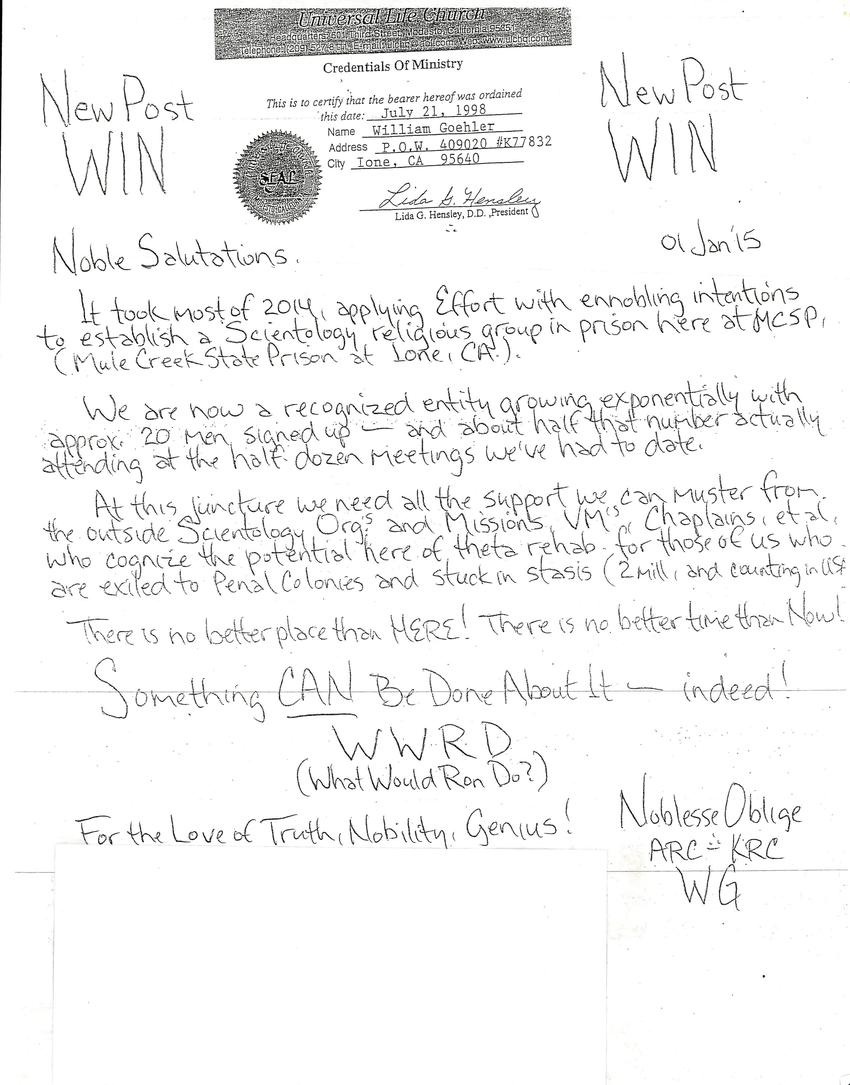 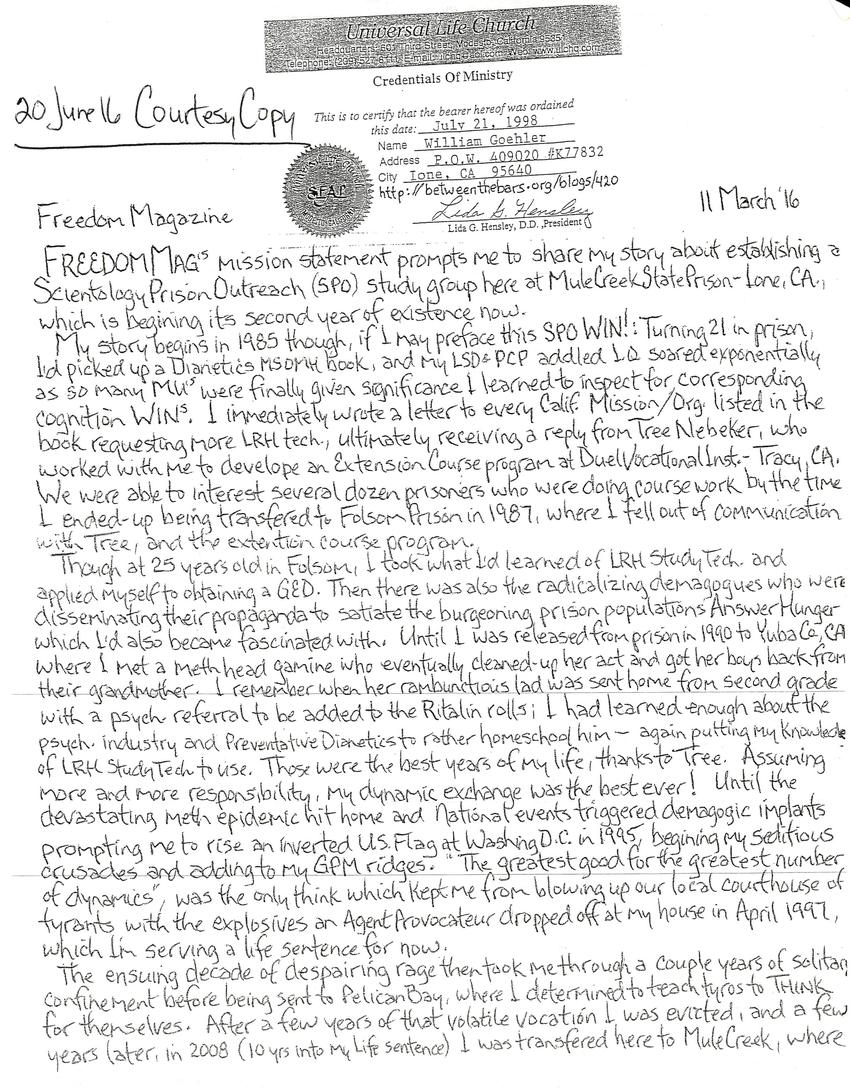 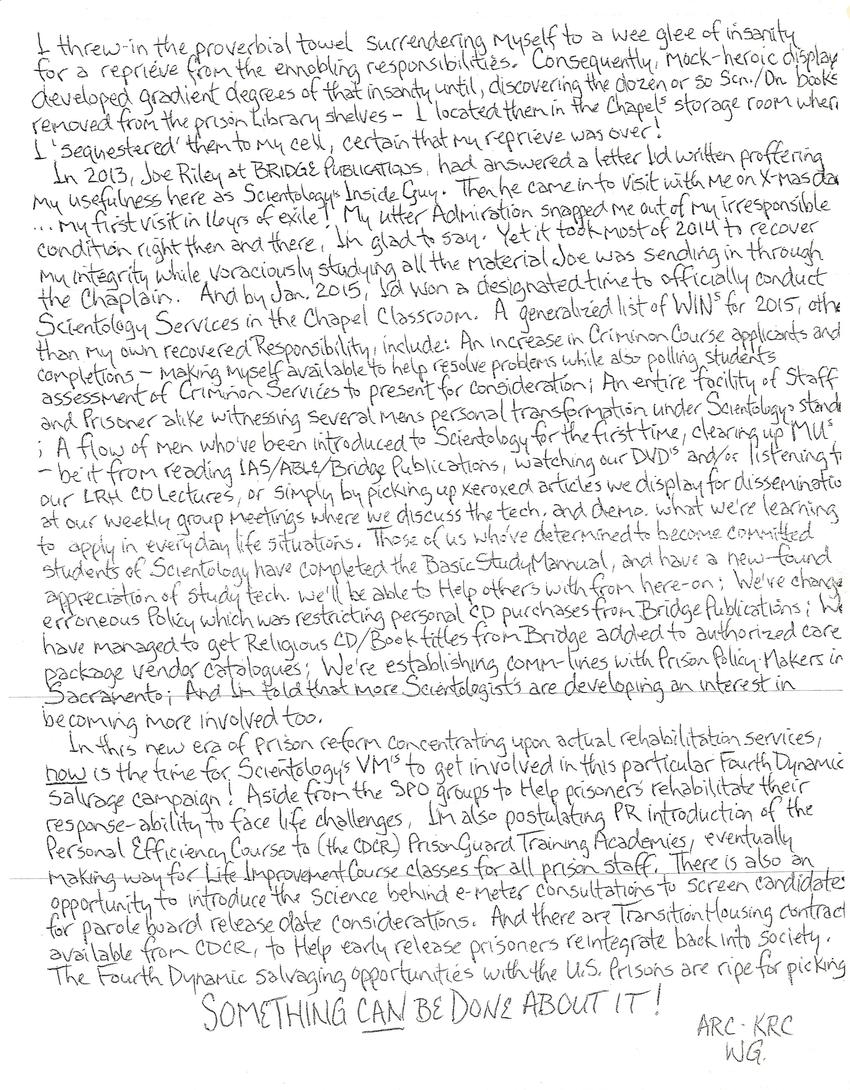 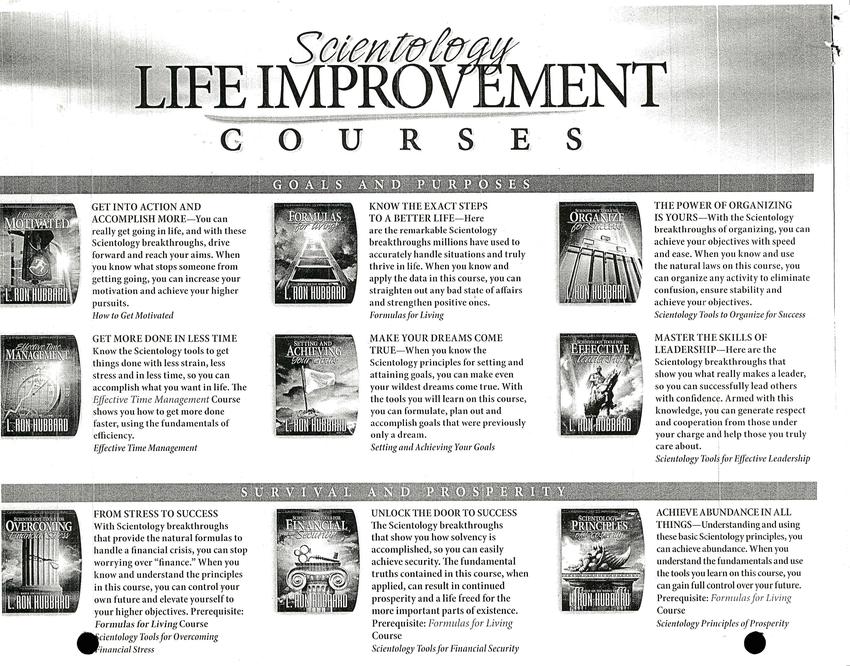 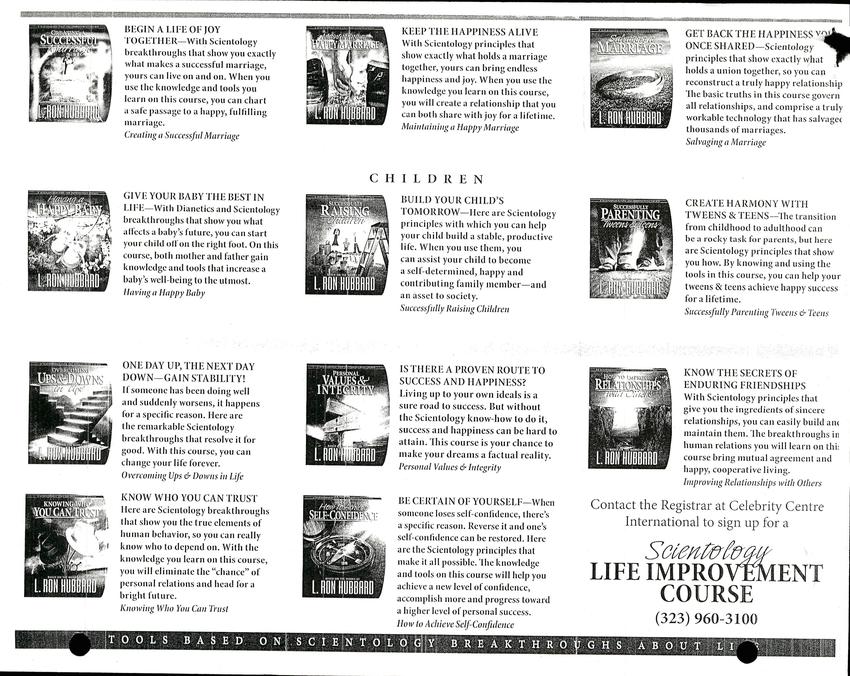 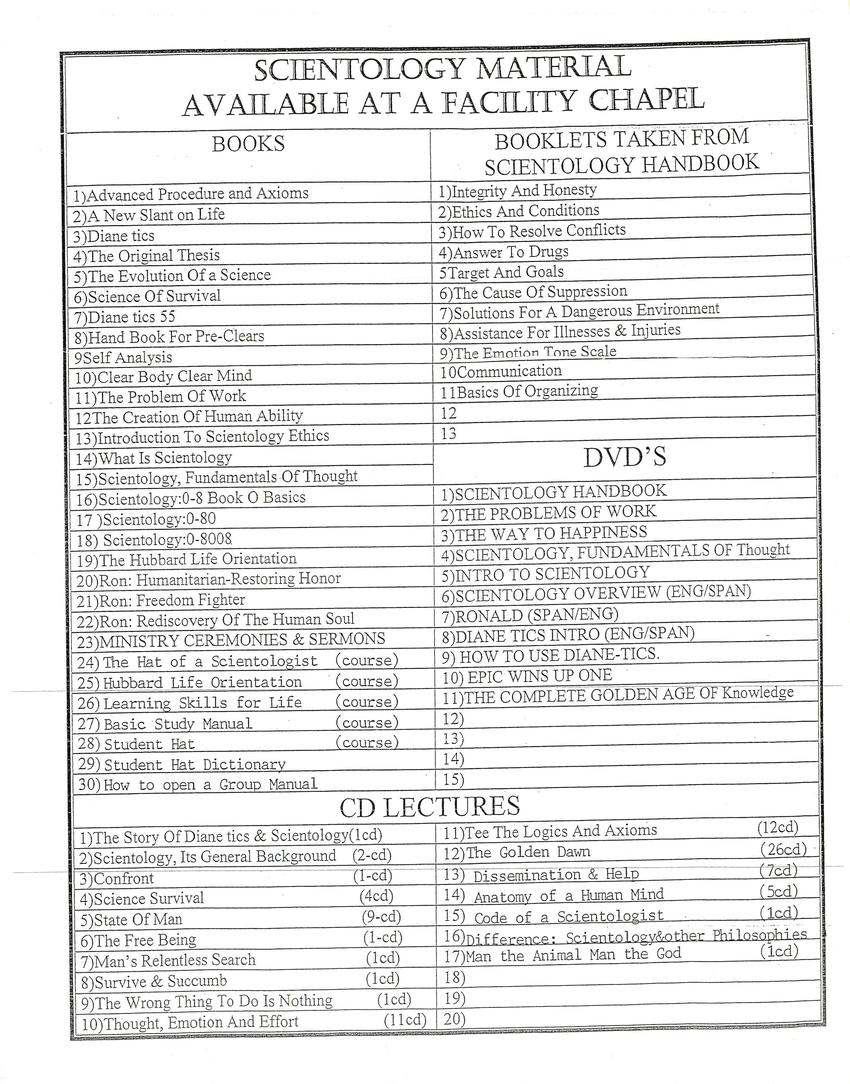 It took most of 2014, applying effort with ennobling intentions establish a Scientology religious group in prison here at MCSP Mule Creek State Prison at Ione, CA.

We are noq a recongnized entity growing exponentially with approx. 20 men signed up - and about half that number actually attending at the half dozan meeting we've had to date.

At this juncture we need all the support we can muster from the outside SCientology Org's and Missions VM Chaplains, etal, who cognize the potential here of theta rehab for those of us who are exiled to Penal COlonies and stuck in stasis (2 mill, and counting in USA) .

WWRD
(What would Ron do?)
For the Love of Truth, Nobility, Genius!