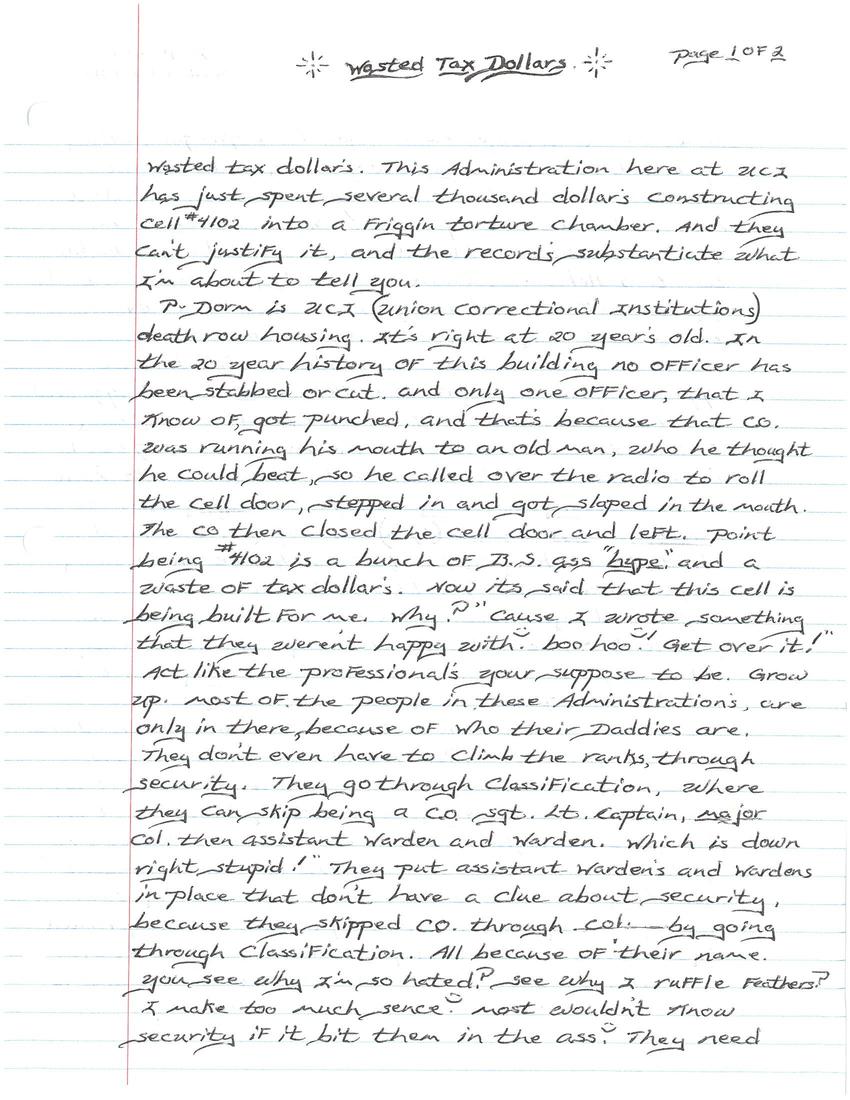 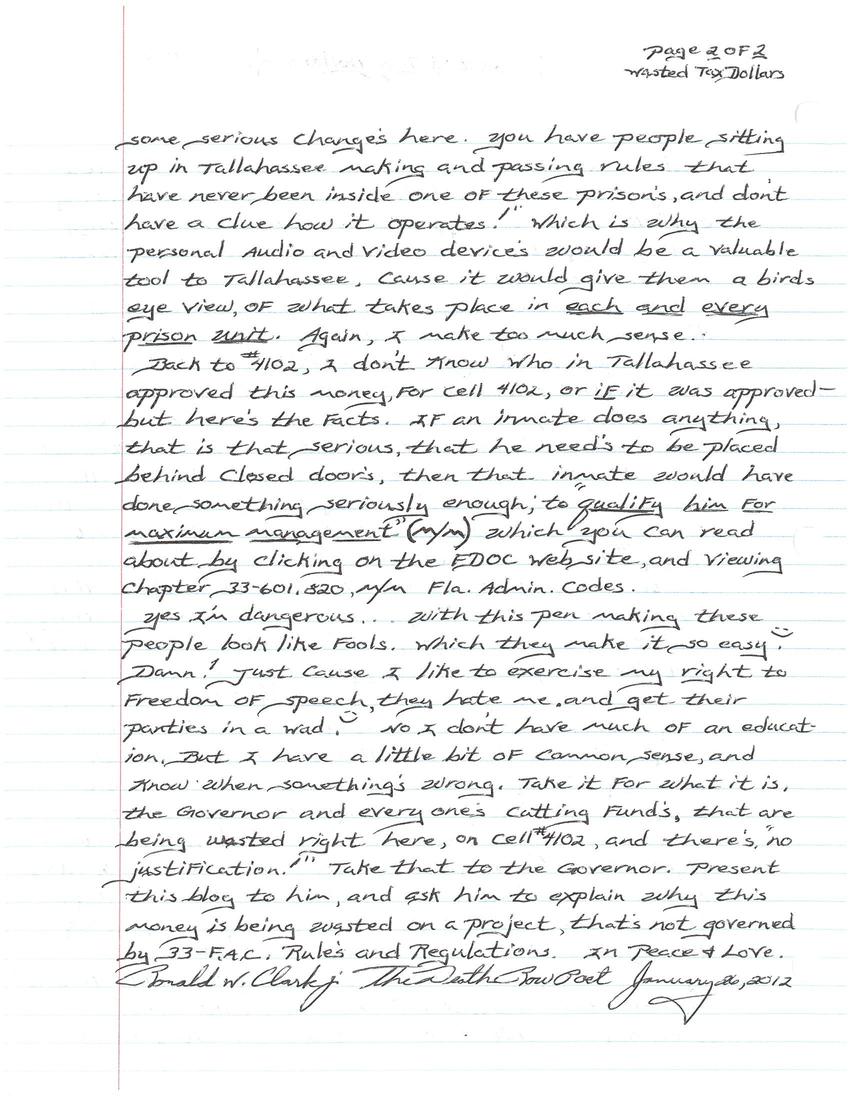 Wasted tax dollar's. This Administration here at UCI has just spent several thousand dollar's constructing cell #4102 into a friggin torture chamber. And they can't justify it, and the records substantiate what I'm about to tell you.

P-Dorm is UCI (Union Correctional Institutions) death row housing. It's right at 20 year's old. In the 20 year history of this building no officer has been stabbed or cut and only one officer, that I know of, got punched, and that's because that C.O. was running his mouth to an old man, who he though he could beat, so he called over the radio to roll the cell door, stepped in and got slapped in the mouth. The CO then closed the cell door and left. Point being #4102 is a bunch of B.S. ass "hype" and a waste of tax dollar's. Now its said that this cell is build for me. Why? Cause I wrote something that they weren't happy with :). Boo hoo :) Get over it! Act like the professional's your suppose to be. Grow up. Most of the people in these Administration's are only in there because of who their daddies are. They don't even have to climb the ranks through security. They go through classification, where they can skip being a C.O, Sgt, Lt, Captain, Major Col, then assistant warden and warden. Which is down right stupid! They put assistant wardens and wardens in place that don't have a clue about security because they skipped C.O. through Col by going through classification. All because of their name. You see why I'm so hated? See why I ruffle feathers? I make too much sense :). Most wouldn't know security if it bit them in the ass :). They need

same serious change's here. You have people sitting up in Tallahassee making and passing rules that have never been inside one of these prison's and don't have a clue how it operates! Which is why the personal audio and video devices would be a valuable tool too Tallahassee. Cause it would given them a birds eye view, of what takes place in each and every prison unit. Again, I make too much sense. Back to #4102, I don't know who in Tallahassee approved this money for cell #4102, or if it was approved - but here's the facts. If an inmate does anything, that is that serious, that he need's to be placed behind closed door's, then that inmate would have done something seriously enough; to "qualify him for maximum management" (m/m) Which you can read about by clicking on the FDOC website, and viewing Chapter 33-601, 820, m/m Fla Admin Codes. Yes I'm dangerous...with this pen making these people look like fools. Which they make it so easy :). Damn! Just cause I like to exercise my right to freedom of speech, they hate me and get their prnties in a wad :). No I don't have much of an education. But I have a little bit of common sense, and know when something's wrong. Take it for what it is, the Governor and everyone's cutting fund's that are being wasted right here, on cell #4102, and there's "no justification!" Take that to the Governor. Present this blog to him, and ask him to explain why this money is being wasted on a project that's not governed by 33-F.A.C. Rules and Regulations. In Peace + Love. Ronald W. Clark Jr The Death Row Poet January 26, 2012