Integrating Lockups With GPS Is An Invalid Practices 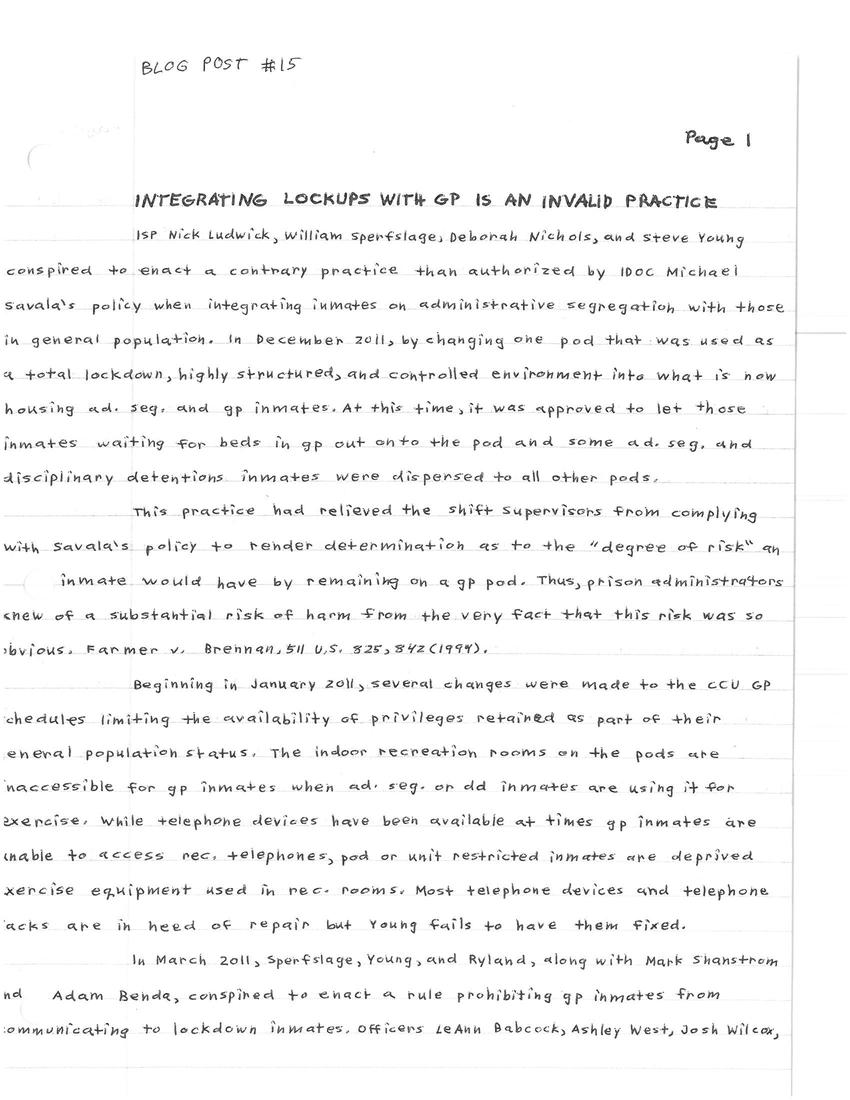 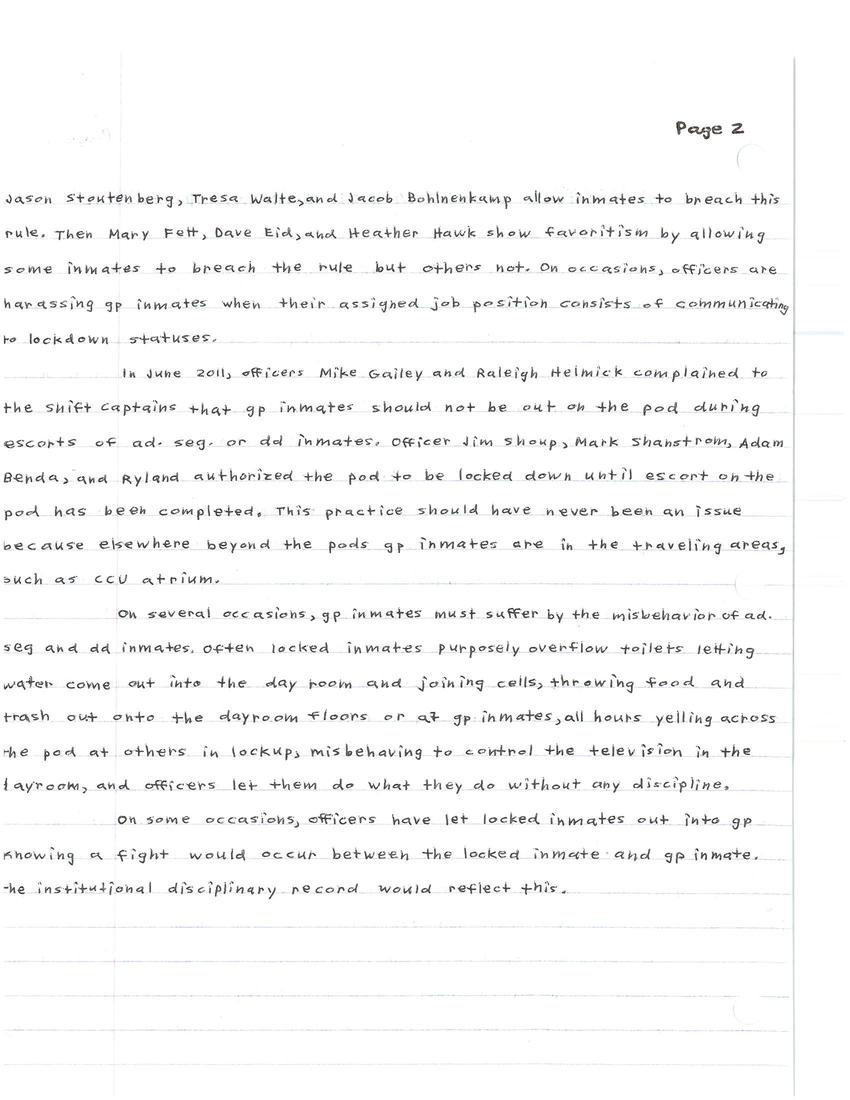 INTEGRATING LOCKUPS WITH GP IS AN INVALID PRACTICE
__________________________________________________
ISPs Nick Ludwick, William Sperfslage, Deborah Nichols and Steve Young conspired to enact a contrary practice than authorized by IDOC Michael Savala's policy when integrating inmates on administrative segregation with those in general population. In December 2011, by changing one pod that was used as a total lockdown, highly structured and controlled environment into what is now housing ad. seg, and GP inmates. At this time, it was approved to let those inmates waiting for beds in GP out on to the pod and some ad. seg and disciplinary detentions inmates were dispersed to all other pods.
This practice had relieved the shift supervisors from complying with Savala's policy to render determination as to the 'degree of risk' an inmate would have by remaining on a GP pod. Thus, prison administrators knew of a substantial risk of harm from the very fact that this risk was so obvious. Farmer V. Brennan, 511 U.S. 825, 842 (1999).
Beginning in January 2011, several changes were made to the CCU GP schedules limiting the availability of privileges retained as part of their general population status. The indoor recreation rooms on the pods are inaccessible for GP inmates when ad. seg or DD inmates are using it for exercise, while telephone devices have been available at times GP inmates are unable to access rec, telephones, pod or unit restricted inmates are deprived exercise equipment used in rec. rooms. Most telephone devices and telephone [?]acks are in need of repair but Young fails to have them fixed.
In March 2011, Sperfslage, Yound and Ryland, along with Mark Shanstrom and Adam Benda, conspired to enact a rule prohibiting GP inmates from communicating with lockdown inmates. Officers LeAnn Babcock, Ashley West, Josh Wilcox, Jason Stoutenberg, Tresa Walte and Jacob Bohinenkamp allow inmates to breach this rule. Then Mary Fett, Dave Eid and Heather Hawk show favoritism by allowing some inmates to breach the rule but others not. On occasions, officers are harassing GP inmates when their assigned job position consists of communicating with lockdown statuses.
In June 2011, officers Mike Gailey and Raleigh Helmick complained to the shift captains that GP inmates should not be out on the pod during escorts of ad. seg or DD inmates. Officer Jim Shoup, Mark Shanstrom, Adam Benda and Ryland authorized the pod to be locked down until escort on the pod had been completed. This practice should never have been an issue because elsewhere beyond the pods GP inmates are in the travelling areas, such as CCU atrium.
On several occasions, GP inmates must suffer by the misbehavior of ad. seg and DD inmates. Often locked inmates purposely overflow toilets letting water come out into the day room and joining cells, throwing food and trash out on to the day room floors or at GP inmates, all hours yelling across the pod at others in lockup, misbehaving to control the television in the day room, and officers let them do what they do without any discipline.
On some occasions, officers have let locked inmates out into GP knowing a fight would occur between the locked inmate and GP inmate. The institutional disciplinary record would reflect this.