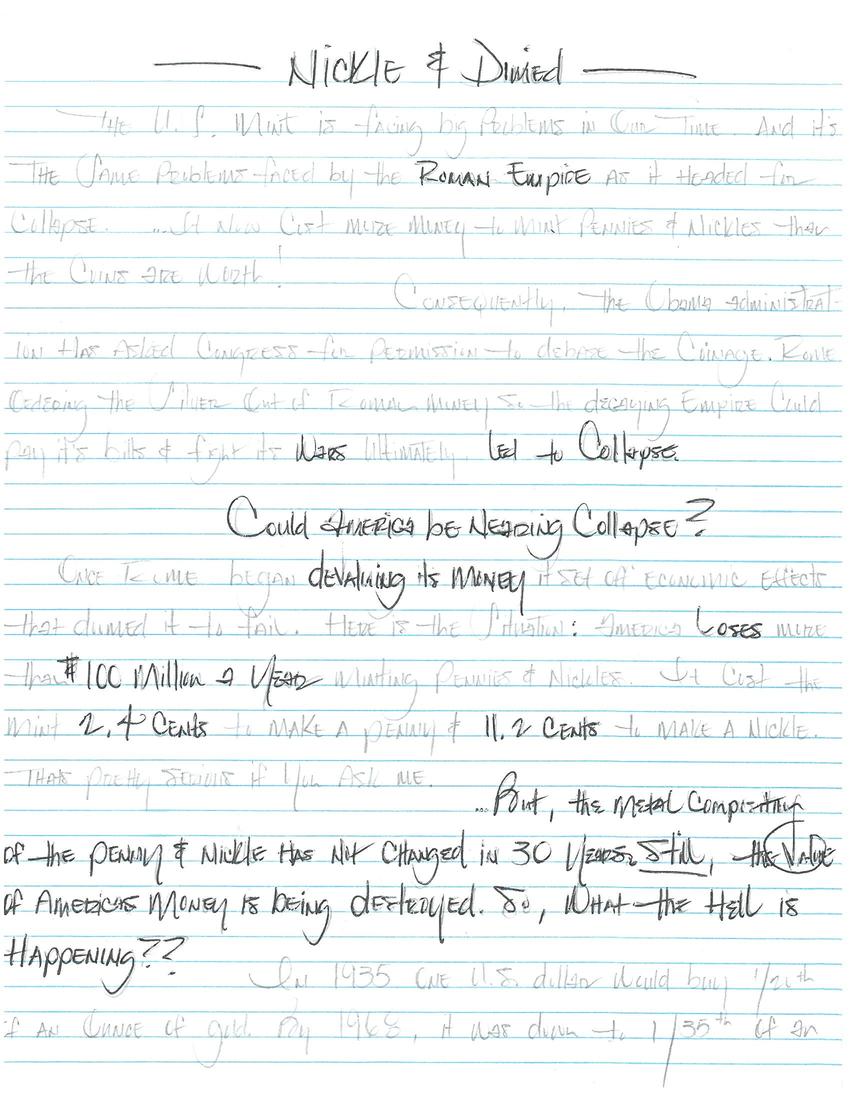 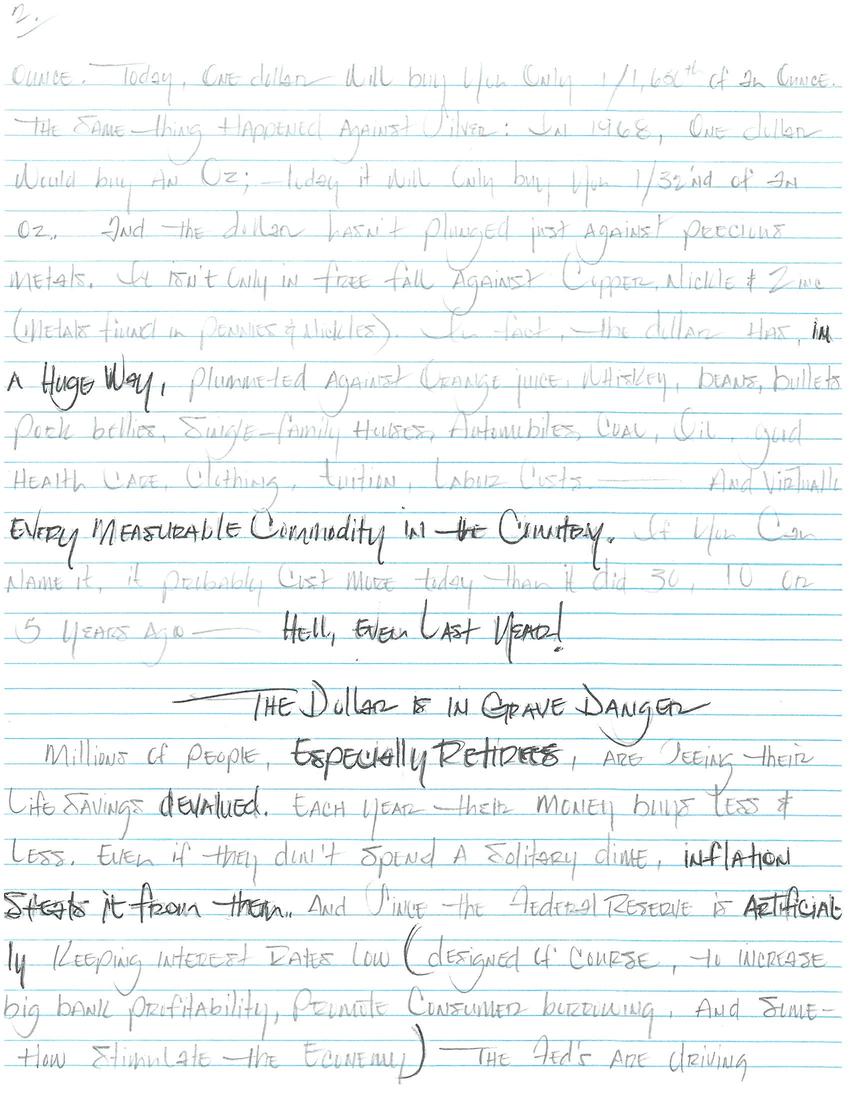 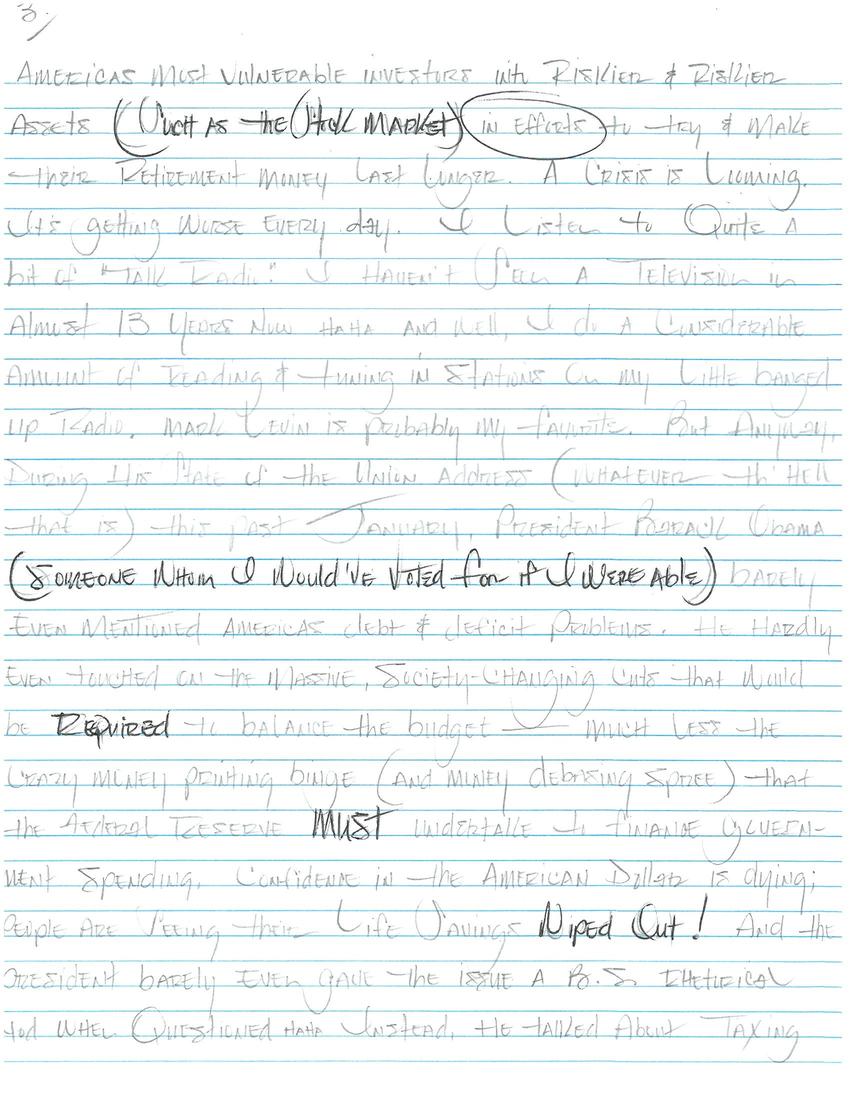 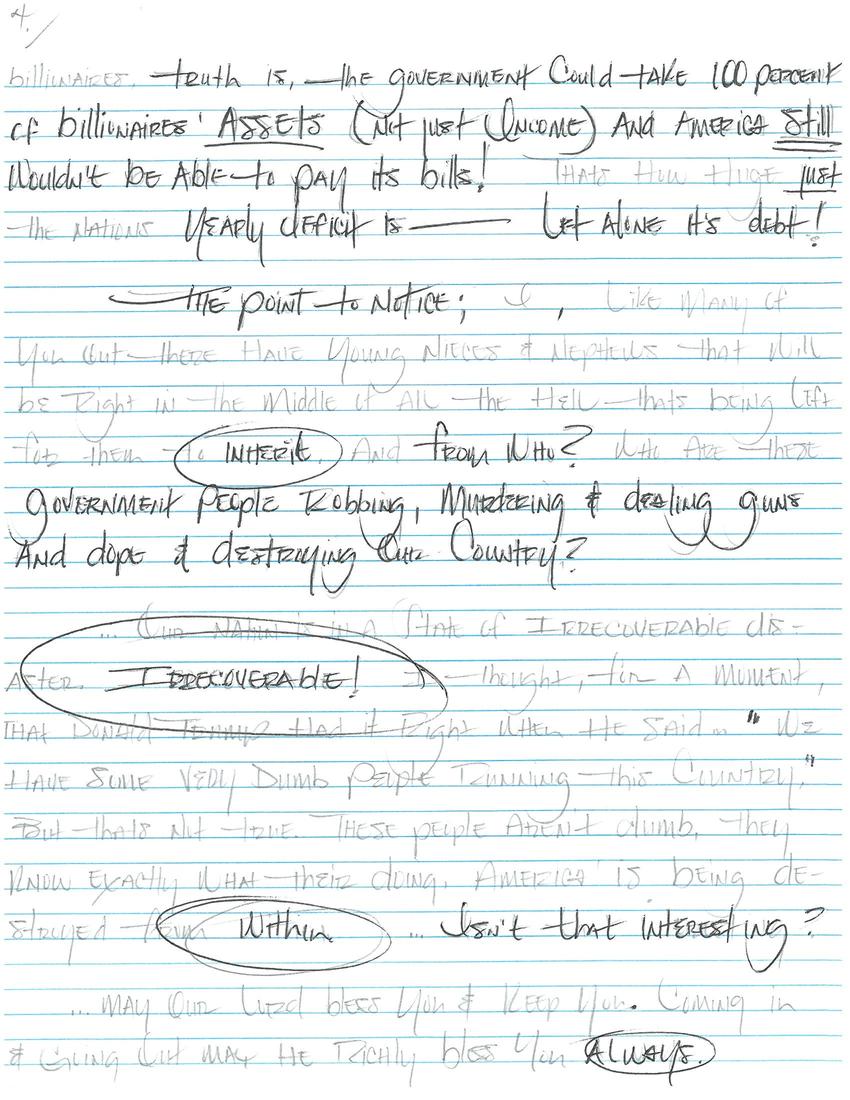 The U.S. Mint is facing big problems in our time. And it's the same problems faced by the Roman Empire as it headed for collapse. It now costs more money to mint pennies and nickels than the coins are worth!
Consequently, the Obama administration has asked Congress for permission to debase the coinage. Rome ordering the silver cut of Roman money so the decaying empire could pay its bills and fight its wars ultimately led to collapse.

Could America be Nearing Collapse?

Once Rome began devaluing its money it set off economic effects that doomed it to fail. Here is the situation: America loses more than $100 million a year minting pennies and nickles. It cost the mint 2.4 cents to make a penny and 11.2 cents to make a nickel. That's pretty serious if you ask me.
...But, the metal composition of the penny and nickel has not changed in 30 years. Still, the value of America's money is being destroyed. So, what the hell is happening??
In 1935 one U.S. dollar would buy 1/20th of an ounce of gold. By 1968, it was down to 1/35th of an ounce. Today, one dollar will buy you only 1/1,656th of an ounce. The same thing happened against silver: In 1968, one dollar would buy an oz.; today it will only buy you 1/32nd of an oz. and the dollar hasn't plunged just against precious metals. It isn't only in free fall against copper, nickel and zinc (metals found in pennies and nickels). In fact, the dollar has, in a huge way, plummeted against orange juice, whiskey, beans, bullets, pork bellies, single family houses, automobiles, coal, oil, good health care, clothing, tuition, labor costs - and virtually every measurable commodity in the country. If you can name it, it probably cost more today than it did 30, 10, or 5 years ago - Hell, even last year!

The Dollar is in Grave Danger

Millions of people, especially retirees, are seeing their life savings devalued. Each year their money buys less and less. Even if they don't spend a solitary dime, inflation steals it from them. And since the Federal Reserve is artificially keeping interest rates low (designed of course, to increase big bank profitability, promote consumer borrowing, and somehow stimulate the economy) the feds are driving America's most vulnerable investors into riskier and riskier assets (such as the stock market) in efforts to try and make their retirement money last longer. A crisis is looming. It's getting worse every day. I listen to quite a bit of "talk radio." I haven't seen a television in almost 13 years now, haha, and well, I do a considerable amount of reading and tuning in stations on my little banged up radio. Mark Levin is probably my favorite. But anyway, during his State of the Union Address (whatever th' hell that is) this past January, President Barack Obama (someone whom I would've voted for if I were able) barely even mentioned America's debt and deficit problems. He hardly even touched on the massive, society-changing cuts that would be required to balance the budged - much less the crazy money printing binge (and money debasing spree) that the Federal Reserve must undertake to finance government spending. Confidence in the American dollar is dying; people are seeing their life savings wiped out! And the President barely even gave the issue a B.S. rhetorical nod when questioned, haha. Instead, he talked about taxing billionaires. Truth is, the government could take 100 percent of billionaires' assets (not just income) and America still wouldn't be able to pay its bills! That's how huge just the nations' yearly deficit is - let alone its debt!
The point to notice; I like many of you out there have young nieces and nephews that will be right in the middle of all the Hell that's being left for them to inherit. And from who? Who are these government people robbing, murdering and dealing guns and dope and destroying our country?
...Our nation is in a state of irrecoverable disaster. Irrecoverable! I thought, for a moment, that Donald Trump had it right when he said, "We have some very dumb people running this country," but that's not true. These people aren't dumb, they know exactly what they're doing. America is being destroyed from within...Isn't that interesting?
...May our Lord blessing you and keep you. Coming in and going but may He richly bless you always.

Thanks for writing! I finished the transcription for your post. It was an excellent essay and I think you're correct about America being in grave danger.
(scanned reply – view as blog post)
uploaded July 10, 2012.  Original (PDF) 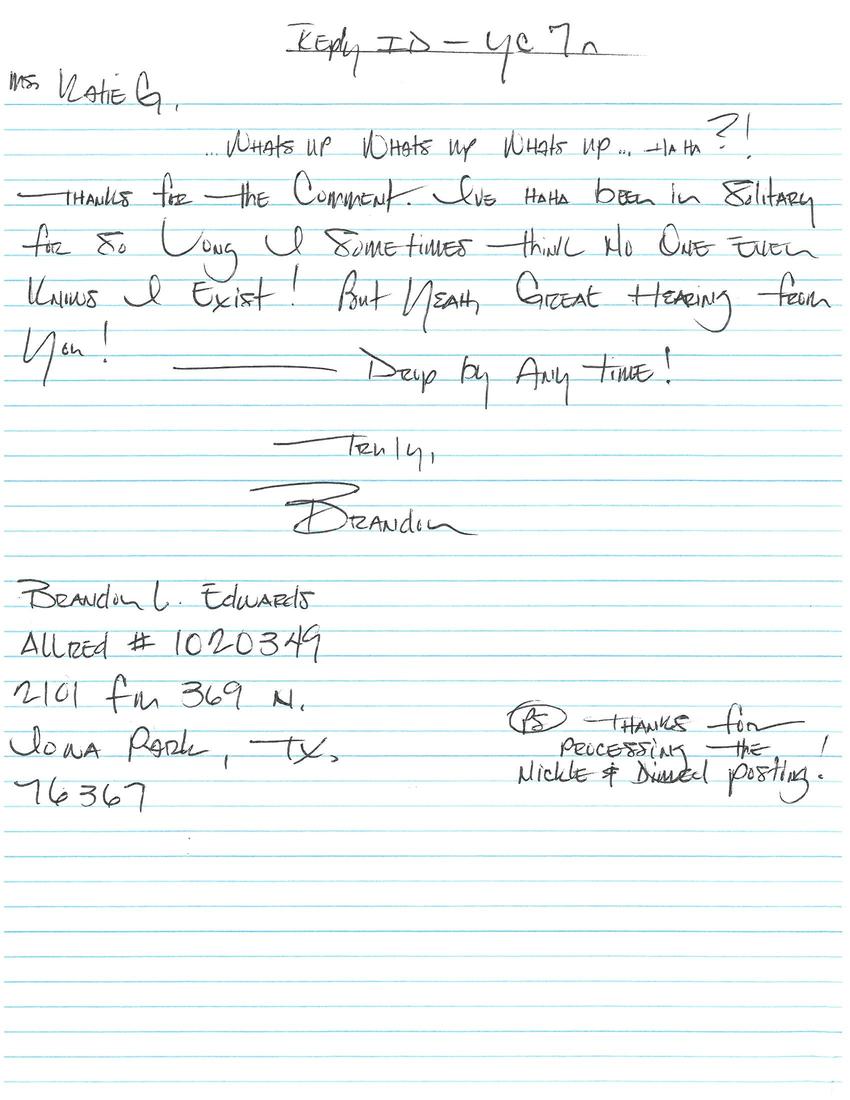 Hey Man, I dont know if you are still getting these...and I dont know if you still remember me. You and I use to be Pen pals a very long time ago. My Name Is Daniel. I came across some of your letters the other day and made me think of you. Hope you are doing okay! Know that there is still someone out here that thinks of you every so often.
Daniel