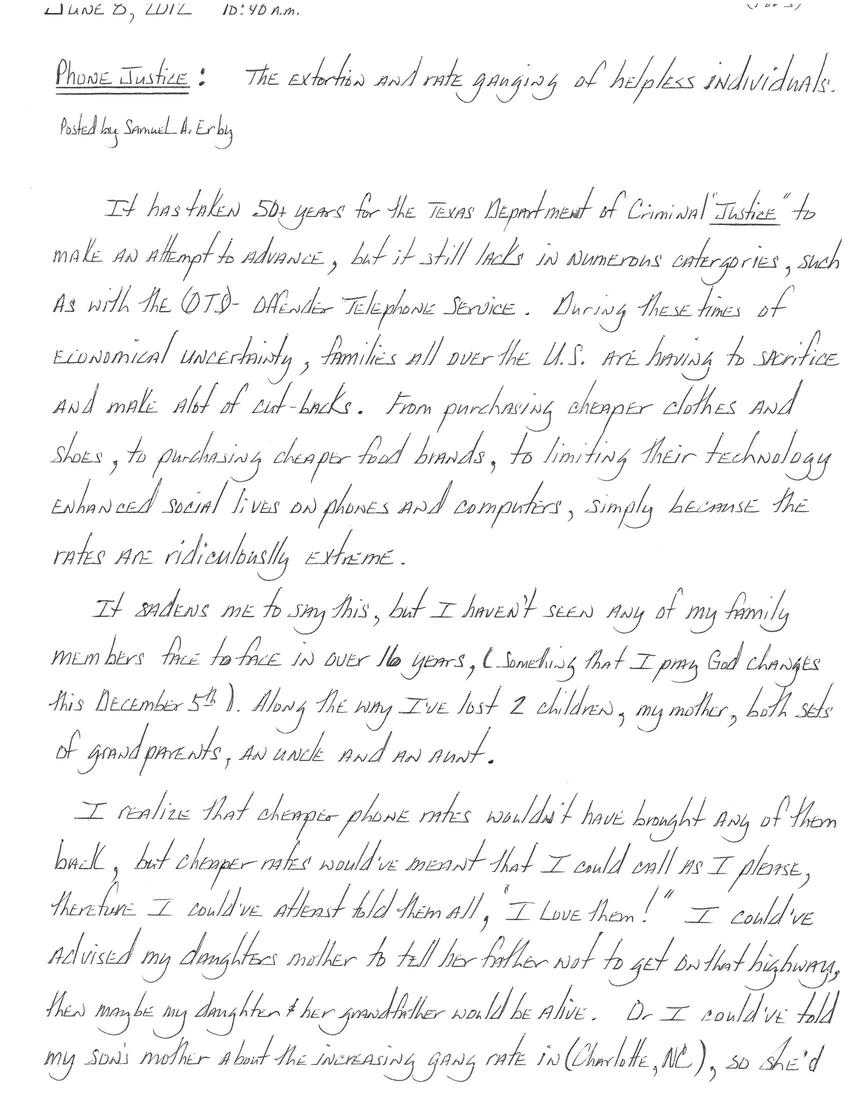 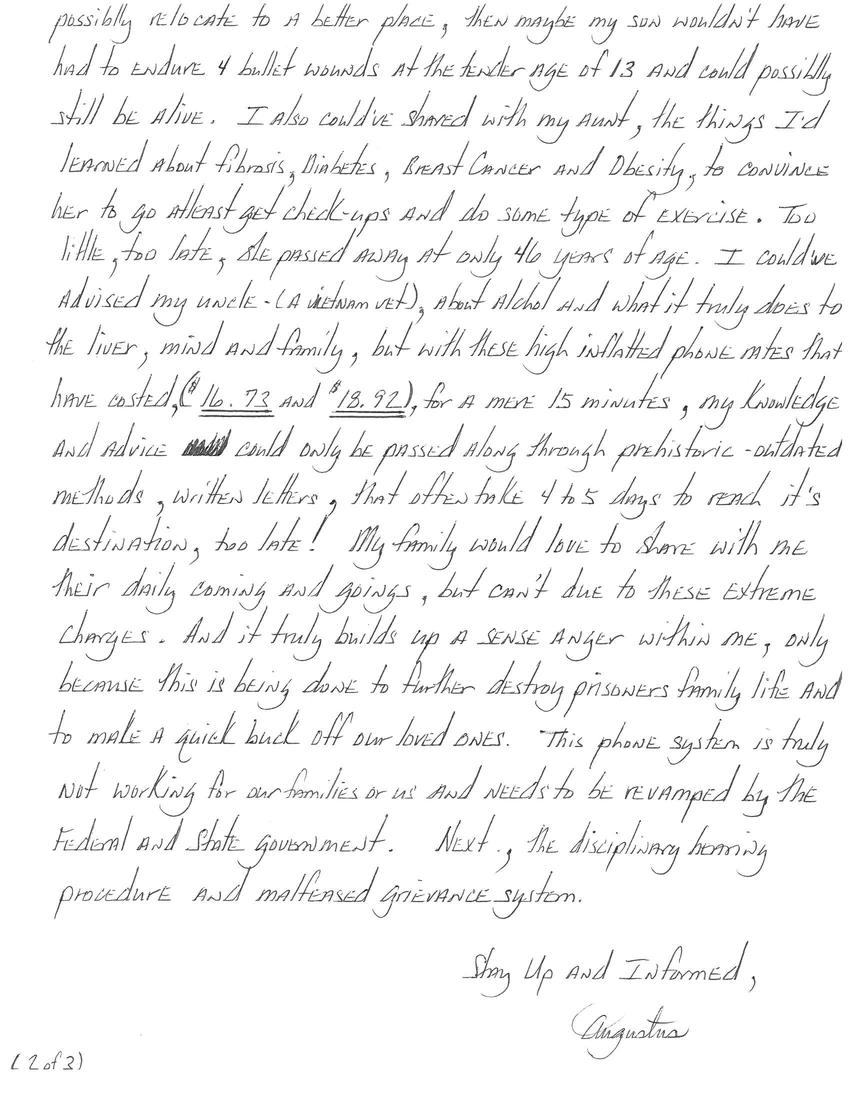 Phone Justice: The extortion and rate ganging of helpless individuals.
Posted by Samuel A. Erby

It has taken 50+ years for the Texas Department of Criminal "Justice" to make an attempt to advance, but it still lacks in numerous categories, such as with the (DTS) - Offender Telephone Service. During these times of economical uncertainty, families all over the U.S. are having to sacrifice and make a lot of cut-backs. From purchasing cheaper clothes and shoes, to purchasing cheaper food brands, to limiting their technology enhanced social lives on phones and computers, simply because the rates are ridiculously extreme.

It saddens me to say this, but I haven't seen any of my family members face to face in over 16 years, (something that I pray God changes this December 5th). Along the way I've lost 2 children, my mother, both sets of grandparents, an uncle and an aunt.

I realize that cheaper phone rates wouldn't have brought any of them back, but cheaper rates would've meant that I could call as I please, therefore I could've at least told them all, "I love them!" I could've advised my daughter's mother to tell her father not to get on that highway, then maybe my daughter and her grandfather would be alive. OR I could've told my son's mother about the increasing gang rate in (Charlotte, NC), so she'd possibly relocate to a better place, then maybe my son wouldn't have had to endure 4 bullet wounds at the tender age of 13 and could possibly still be alive. I also could've shared with my aunt, the things I'd learned about fibrosis, diabetes, breast cancer and obesity, to convince her to go at least get check-ups and do some type of exercise. Too little, too late, she passed away at only 46 years of age. I could've advised my uncle (a Vietnam vet) about alcohol and what it truly does to the liver, mind and family, but with these high inflated phone rates that have cost ($16.73 and $18.92) for a mere 15 minutes, my knowledge and advice could only be passed along through prehistoric outdated methods, written letters, that often take 4 to 5 days to reach it's destination, too late! My family would love to share with me their daily comings and goings, but can't due to these extreme charges. And it truly builds up a sense of anger within me, only because this being done to further destroy prisoners' family life and to make a quick buck off our loved ones. This phone system is truly not working for our families or is and needs to be revamped by the federal and state government. Next, the disciplinary housing procedure and malfeased grievance system.

Stay Up and Informed,
Augustus

I am writing to let you know about Prison Action News, a biannual journal of prisoners' stories of resistance to incarceration. Written by prisoners and edited and distributed by outside volunteers, PAN has about 1,600 incarcerated subscribers across the US. It is a great outlet to both read and publish stories about fighting exorbitant phone prices, or any other oppressive aspect of prison life. If you would like a free subscription to PAN, write to: