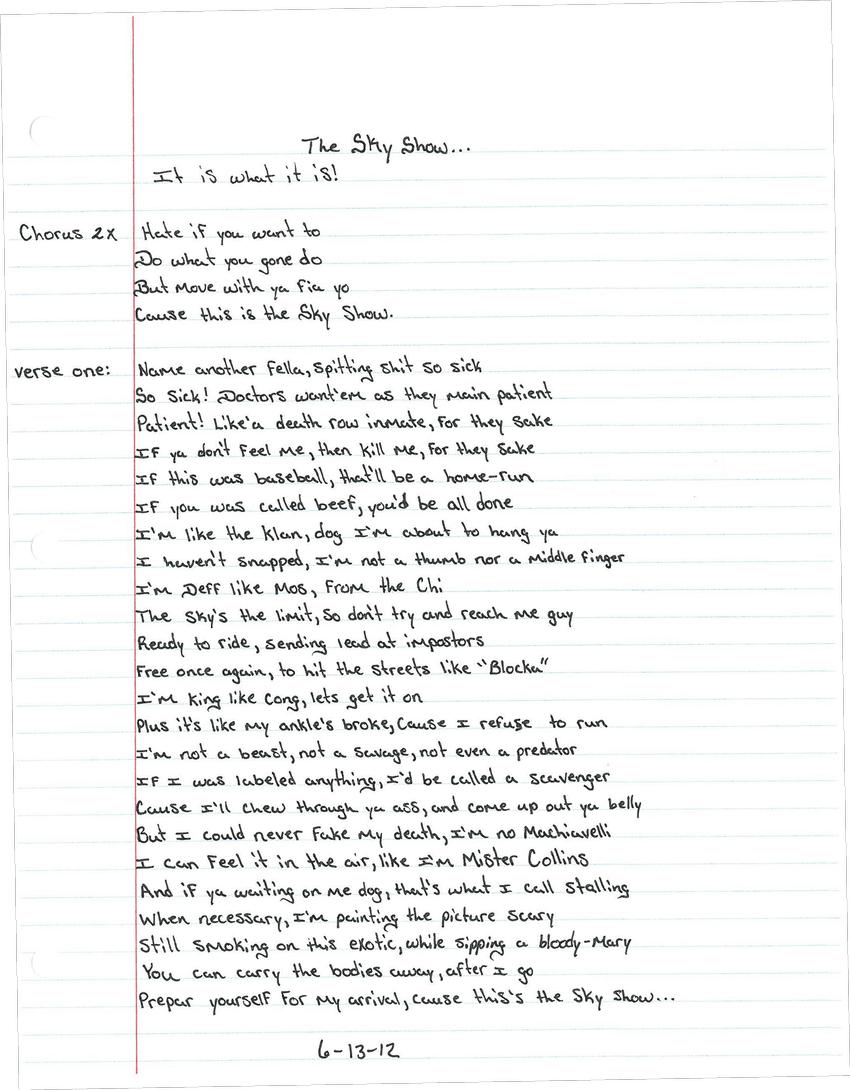 The Sky Show
It is what it is!

Chorus 2x:
Hate if you want to
Do what you gone do
But move with ya fia yo
'Cause this is the Sky Show

Verse One:
Name another fella, spiting shit so sick
So sick! Doctors want 'em as they main patient
Patient! Like'a death row inmate, for they sake
If ya don't feel me, then kill me, for they sake
If this was baseball, that'll be a home run
If you was called beef, you'd be all done
I'm like the Klan, dog, I'm about to hang ya
I haven't snapped, I'm not a thumb nor a middle finger
I'm Deff like Mos from the Chi
The sky's the limit, so don't try and reach me, guy
Ready to ride, sending lead at impostors
Free once again, to hit the streets like "Blocka"
I'm king like Kong, let's get it on
Plus it's like my ankle's broke 'cause I refuse to run
I'm not a beast, not a savage, not even a predator
If I was labeled anything, I'd be called a scavenger
'Cause I'll chew through ya ass and come up ya belly
But I could never fake my death, I'm no Machiavelli
I can feel it in the air like I'm Mister Collins
And if ya waiting on me, dog, that's what I call stalling
Still smoking on this exotic while sipping a Bloody Mary
You can carry the bodies away, after I go
Prepare yourself for my arrival 'cause this's the Sky Show...