Finding Answers to Stopping Violence in Communities Amongst Those Incarcerated 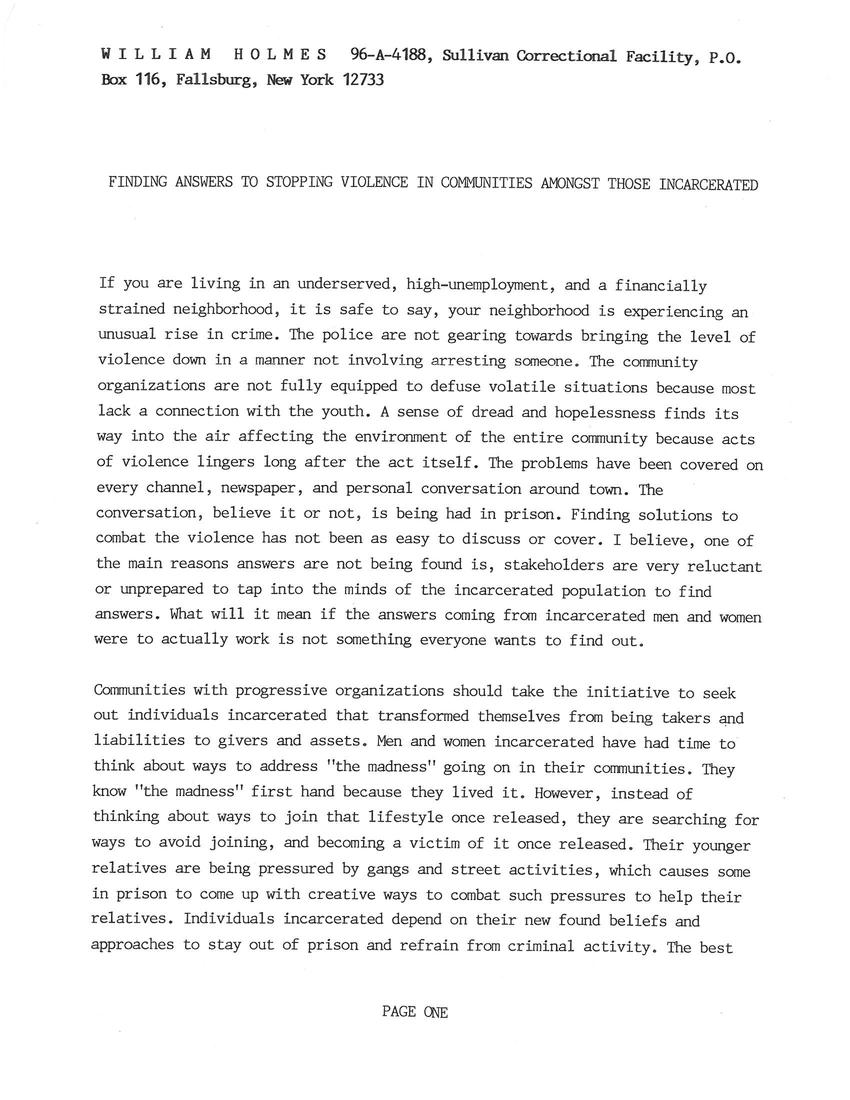 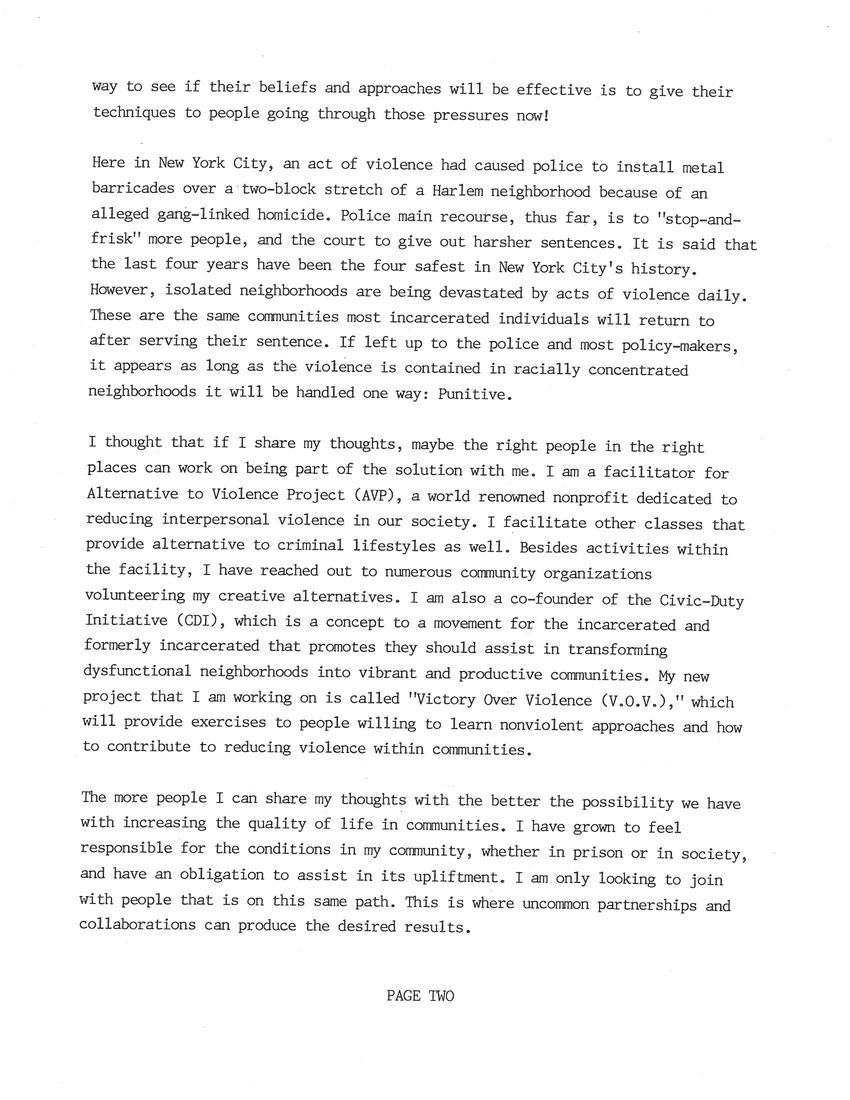 FINDING ANSWERS TO STOPPING VIOLENCE IN COMMUNITIES AMONGST THOSE INCARCERATED

If you are living in an underserved, high-unemployment, and a financially strained neighbourhood, it is safe to say, your neighborhood is experiencing an unusual rise in crime. The police are not gearing towards bringing the level of violence down in a manner not involving arresting someone. The community organizations are not fully equipped to defuse volatile situations because most lack a connection with the youth. A sense of dread and hopelessness finds its way into the air affecting the environment of the entire community because acts of violence lingers long after the act itself. The problems have been covered on every channel, newspaper, and personal conversation around town. The conversation, believe it or not, is being had in prison. Finding solutions to combat the violence has not been as easy to discuss or cover. I believe, one of the main reasons answers are not being found is, stakeholders are very relectant or unprepared to tap into the minds of the incarcerated population to find answers. What will it mean if the answers coming from incarcerated men and women were to actually work is not something everyone wants to find out.

Communities with progressive organizations should take the initiative to seek out individuals incarcerated that transformed themselves from being takers and liabilities to givers and assets. Men and women incarcerated have had time to think about ways to address "the madness" going on in their communities. THey know "the madness" first hand because they lived it. However, instead of thinking about ways to join that lifestyle once released, they are searching for ways to avoid joining, and becoming a victim of it once released. Their younger relatives are being pressured by gangs and street activities, which causes some in prison to come up with creative ways to combat such pressures to help their relatives. Individuals incarcerated depend on their new found beliefs and approaches to stay out of prison and refrain from criminal activity. The best way to see if their beliefs and approaches will be effective is to give their techniques to people going through those pressures now!

Here in New York City, an act of violence had caused police to install metal barricades over a two-block stretch of a Harlem neighborhood because of an alleged gang-linked homicide. Police main recourse, thus far, is to "stop-and-frisk" more people, and the court to give out harsher sentences. It is said that hte last four years have been the four safest in New York City's history. However, isolated neighborhoods are being devastated by acts of violence daily. These are the same communities most incarcerated individuals will return to after serving their sentence. If left up to the police and most policy-makers, it appears as along as the violence is confined in racially concentrated neighborhoods it will be handled one way: Punitive.

I thought that if I share my thoughts, maybe the right people in the right places can work on being part of the solution with me. I am a facilitator for Alternative to Violence Project (AVP), a world renowned nonprofit dedicated to reducing interpersonal violence in our society. I facilitate other classes that provide alternatives to criminal lifestyles as well. Besides activities within the facility, I have reached out to numerous community organizations volunteering me creative alternatives. I am also a co-founder of the Civic-Duty Initiative (CDI), which is a concept to a movement for the incarcerated and formerly incarcerated that promotes they should assist [?] in transforming dysfunctional neighborhoods into vibrant and productive communities. My new project that I am working on is called "Victory Over Violence (V.O.V.)," which will provide exercises to people willing to learn nonviolent approaches and how to contribute to reducing violence within communities.

The more people I can share my thoughts with the better the possibility we have with increasing the quality of life in communities. I have grown to feel responsible for the conditions in my community, whether in prison or in society, and have an obligation to assist in its upliftment. I am only looking to join with people that are on the same path. This is where uncommon partnerships and collaborations can produce the desired results.