Another Propaganda Piece from the Anchorage Daily News 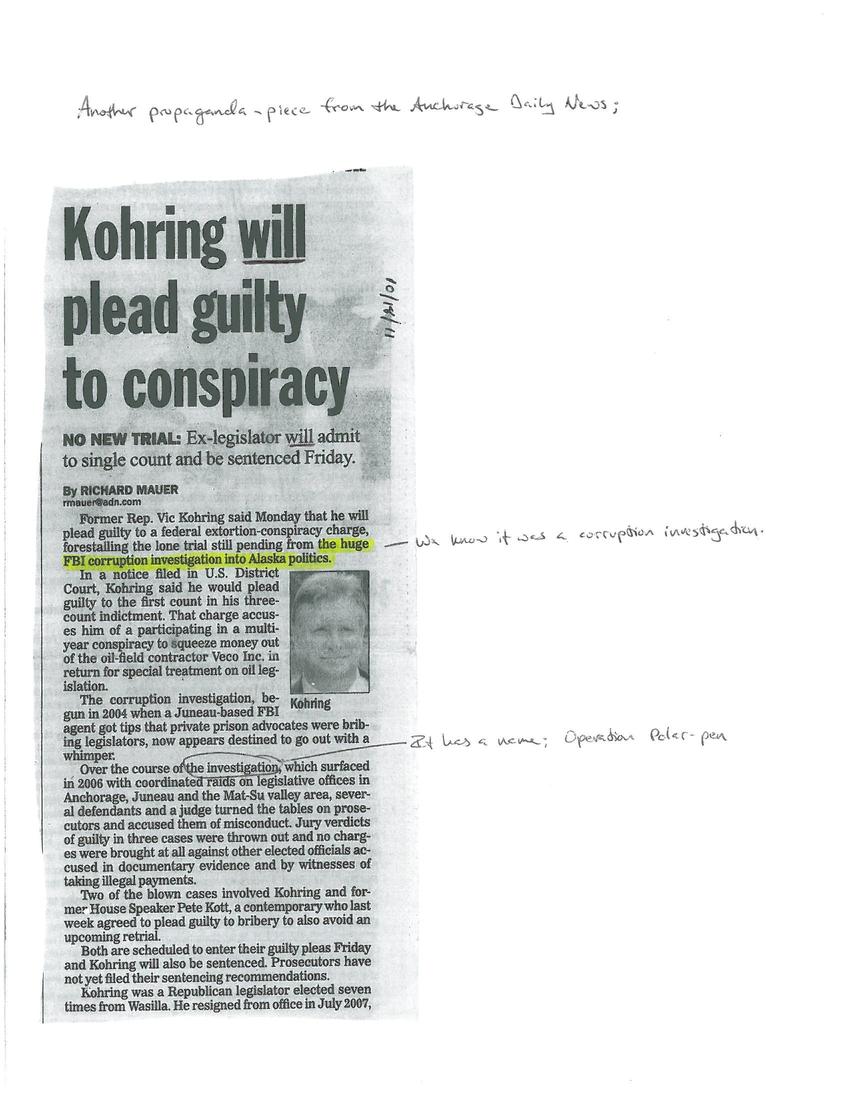 KOHRING WILL PLEAD GUILTY TO CONSPIRACY

No new trial: Ex-legislator will admit to single count and be sentenced Friday.

In a notice filed in U S Dsitrict Court, Kohring said he would plead guilty to the first count in his three-coint indictment. That charge accuses him of a participating in a multi-year conspiracy to squeeze money out of the oil-field contractor Veco Inc in return for special treatment on oil legislation.

The corruption investigation, begun in 2004 when a Juneau-based FBI agent got tips that private prison advocates were bribing legislators, now appears destined to go out with a whimper.

Over the course of the investigation, (it has a name; Operation Polar-pen) which surfaced in 2006 with coordinated raids on legislative offices in Anchorage, Juneau and the Mat-Su Valley area, several defendants and a judge turned the tables on prosecutors and accused them of misconduct. Jury verdicts of guilty in three cases wwre thrown out and no charges were brought at all against other elected officials accused in documentary evidence and by witnesses of taking illegal payments.

Two of the blown cases invlved Kohring and former House Soeaker Pete Kott, a contemporary who last week agreed to plead guilty to bribery to also avoid an upcoming retrial.

Both are scheduled to enter their pleas Friday and Kohring will also be sentenced. Prosecutors have not yer filed their sentencing recommendations.

Kohring was a republican legislator elected seven times from Wasilla. He resigned from office in July 2007,