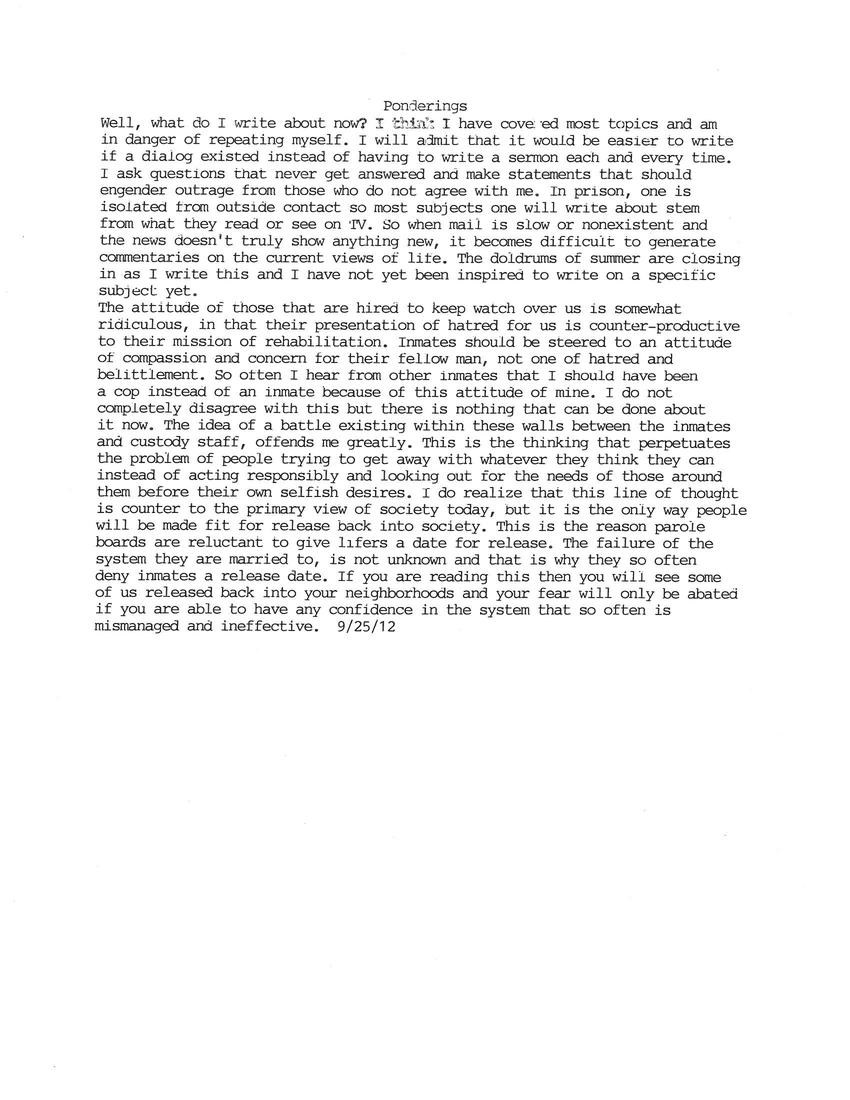 Well, what do I write about now? I think I have covered most topics and am in danger of repeating myself. I will admit that it would be easier to write if a dialog existed instead of having to write a sermon each and every time. I ask questions that never get answered and make statements that should engender outrage from those who do not agree with me. In prison, one is isolated from outside contact so most subjects one will write about stem from what they read or see on TV. So when mail is slow or nonexistent and the news doesn't truly show anything new, it becomes difficult to generate commentaries on the current views of life. The doldrums of summer are closing in as I write this and I have not yet been inspired to write on a specific subject yet.

The attitude of those that are hired to keep watch over us is somewhat ridiculous, in that their presentation of hatred for us is counter-productive to their mission of rehabilitation. Inmates should be steered to an attitude of compassion and concern for their fellow man, not one of hatred and belittlement. So often I hear from other inmates that I should have been a cop instead of an inmate because of this attitude of mine. I do not completely disagree with this but there is nothing that can be done about it now. The idea of a battle existing within these walls between the inmates and custody staff, offends me greatly. This is the thinking that perpetuates the problem of people trying to get away with whatever they think they can instead of acting responsibly and looking out for the needs of those around them before their own selfish desires. I do realize that this line of thought is counter to the primary view of society today, but it is the only way people will be made fit for release back into society. This is the reason parole boards are reluctant to give lifers a date for release. The failure of the system they are married to, is not unknown and that is why they so often deny inmates a release date. If you are reading this then you will see some of us released back into your neighborhoods and your fear will only be abated if you are able to have any confidence in the system that so often is mismanaged and ineffective. 9/25/12

I read this and it is difficult because we have this war about needing to rehabilitate prisoners but we also want to give justice for what was done. I think sometimes we view this justice as being mean, hateful and trying to hurt you like we were hurt.
So there is part of me that was always upset with the fact that you get dental, health, food and shelter when people that are trying to abide by the rules and don't get this. So that part of me wants to say you deserve nothing, no special treatment and no rehabilitation.
But you are correct in the fact that how are we supposed to send you out to society if we don't fix a problem? We don't send someone with Cancer to the doctors just to stay there as they magically get better. No, we put them through treatment and then things get better, sometimes still they don't. But I read stories about kids being sentenced as adults and they will be in the system for life. How can we help them if all they ever have known is hate and we are sending them back into that same place? How can we make it so prisoners understand that what they do is wrong and want to change rather than continuing with the way of life they have so long lived? So yes I agree something should be done. We need to help. But how can we?
(scanned reply – view as blog post)
uploaded Dec. 9, 2012.  Original (PDF) 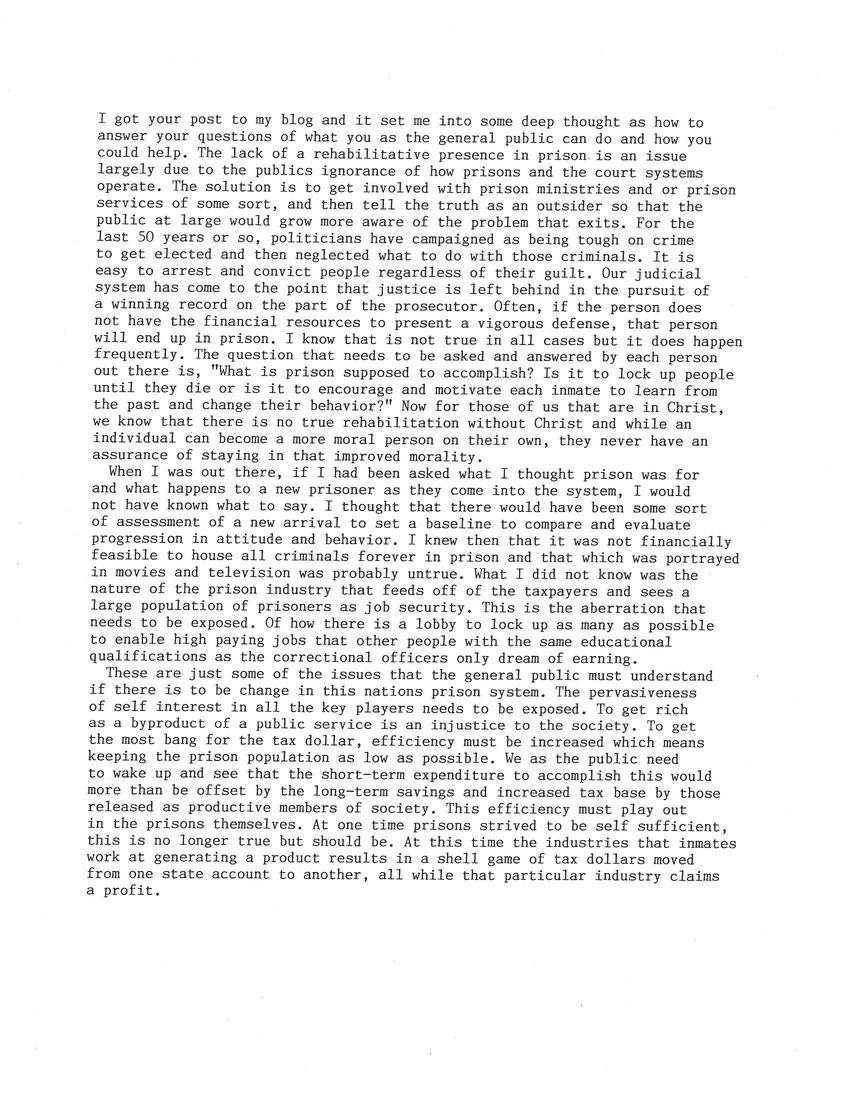