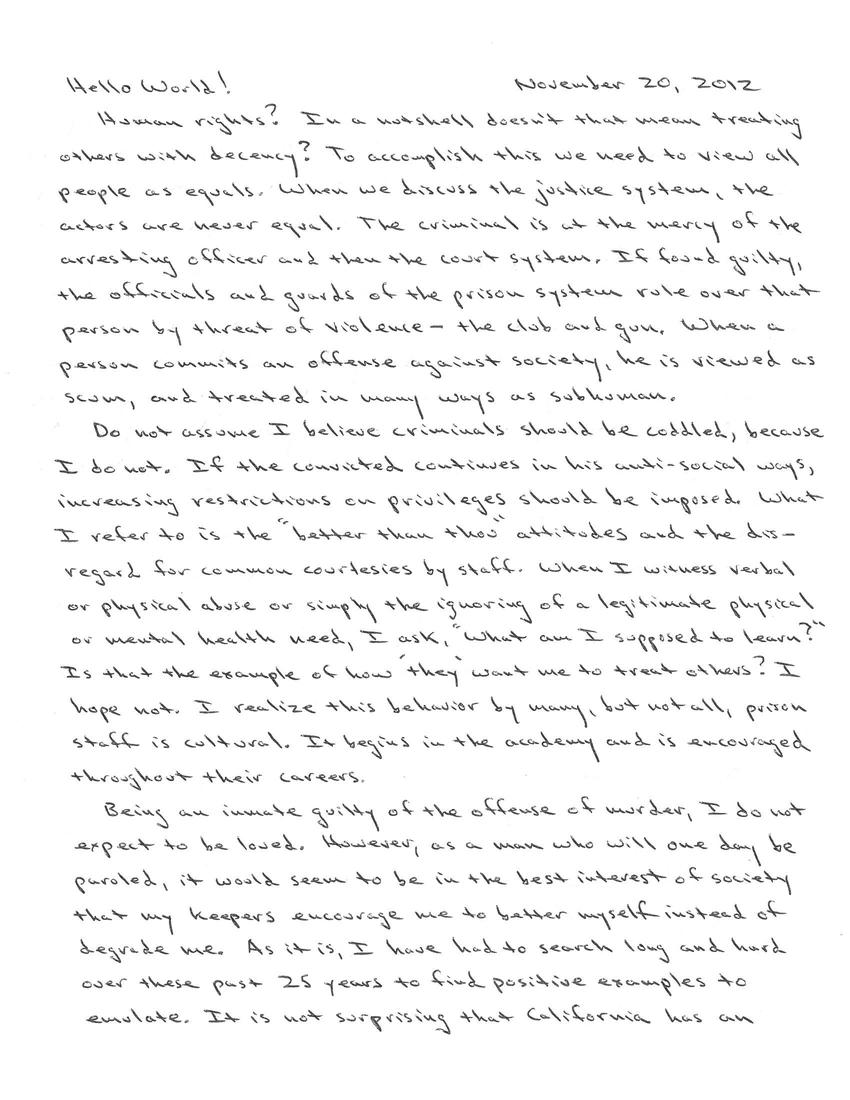 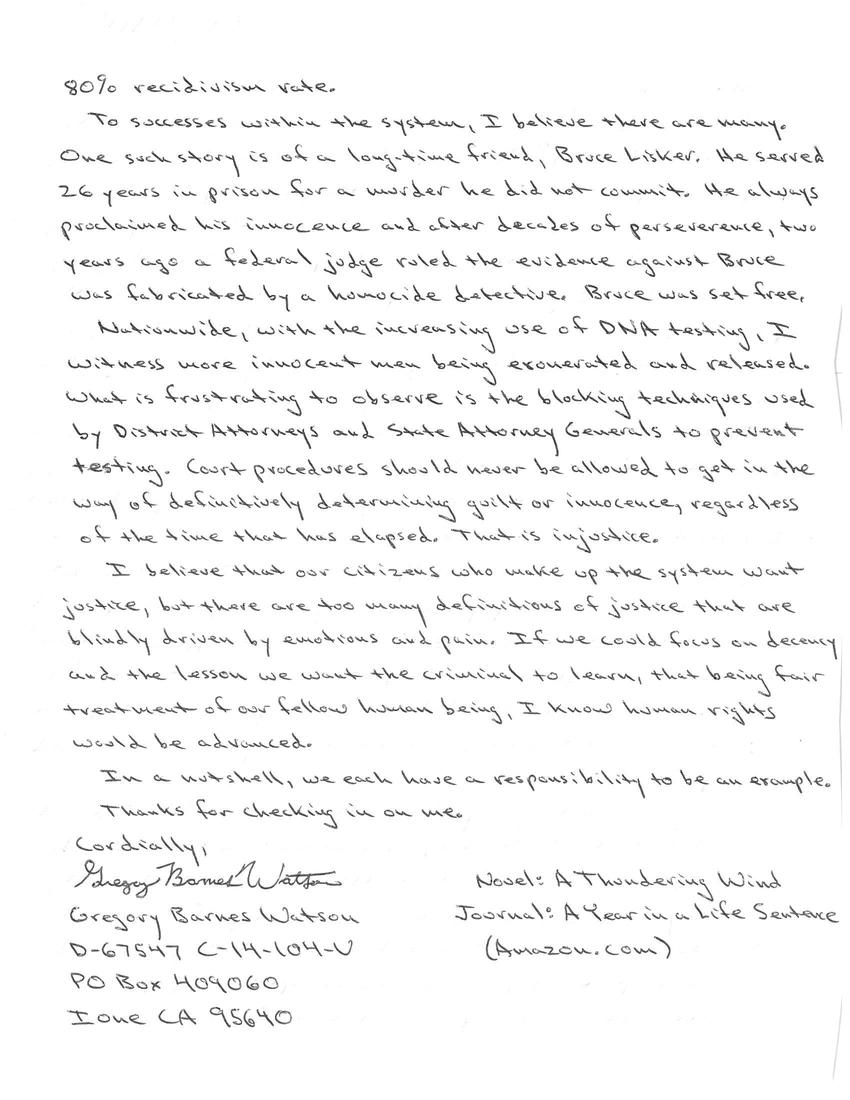 Human rights? In a nutshell doesn't that mean treating others with decency? To accomplish this we need to view all people as equals. When we discuss the justice system, the actors are never equal. The criminal is at the mercy of the arresting officer and then the court system. If found guilty, the officials and guards of the prison system rule over that person by threat of violence - the club and gun. When a person commits an offense against society, he is viewed as scum, and treated in many ways as subhuman.

Do not assume I believe criminals should be coddled, because I do not. If the convicted continues in his anti-social ways, increasing restrictions on privileges should be imposed. What I refer to is the "better then thou" attitudes and the disregard for common courtesies by staff. When I witness verbal or physical abuse or simply the ignoring of a legitimate physical or mental health need, I ask, "What am I supposed to learn?" Is that the example of how "they" want me to treat others? I hope not. I realize this behavior by many, but not all, prison staff is cultural. It begins in the academy and is encouraged throughout their careers.

Being an inmate guilty of the offense of murder, I do not expect to be loved. However, as a man who will one day be paroled, it would seem to be in the best interest of society that my keepers encourage me to better myself instead of degrade me. As it is, I have had to search long and hard over these past 25 years to find positive examples to emulate. It is not surprising that California has an 80% recidivism rate.

To successes within the system, I believe there are many. One such story is of a longtime friend, Bruce Lisker. he served 26 years in prison for a murder he did not commit. He always proclaimed his innocence and after decades of perseverance, two years ago a federal judge ruled the evidence against Bruce was fabricated by a homicide detective. Bruce was set free.

Nationwide, with the increasing use of DNA testing, I witness more innocent men being exonerated and released. What is frustrating to observe is the blocking techniques used by District Attorneys and State Attorney Generals to prevent testing. Court procedures should never be allowed to get in the way of definitively determining guilt or innocence, regardless of the time that has elapsed. That is injustice.

I believe that our citizens who make up the system want justice, but there are too many definitions of justice that are blindly driven by emotions and pain. If we could focus on decency and the lesson we want the criminal to learn, that being fair treatment of our fellow human being, I know human rights would be advanced.

In a nutshell, we each have a responsibility to be an example.

Novel: A Thundering Wind
Journal: A Year in a Life Sentence
(amazon.com)

I am thankful you have learned this Greg.

Blessing to you Dear Brother> tanya