The Day After Thanksgiving 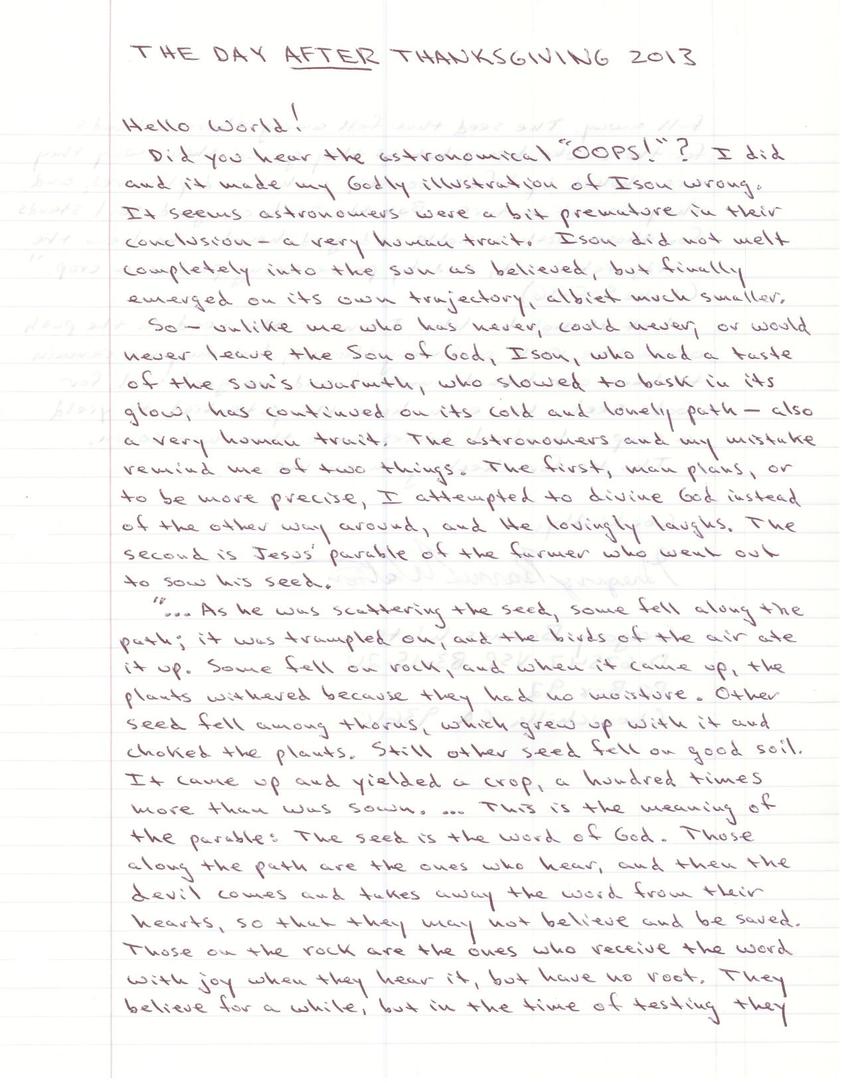 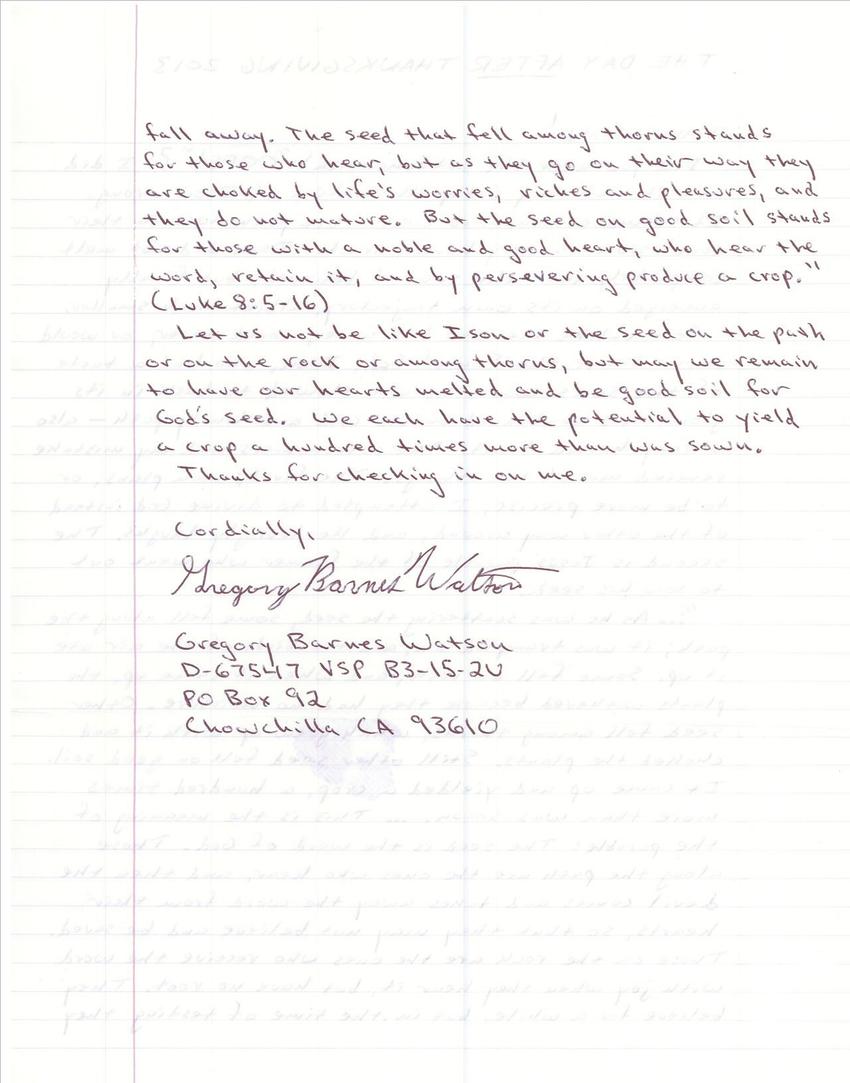 The Day After Thanksgiving 2013

Did you hear the astronomical "Oops!"? I did, and it made my godly illustration of Ison wrong. It seems astronomers were a bit premature in their conclusion—a very human trait. Ison did not melt completely into the sun as believed, but finally emerged on its own trajectory, albeit much smaller.

So, unlike me—who has never, could never, or would ever leave the Son of God, Ison, who had a taste of the sun's warmth and slowed to bask in its glow—has continued on its cold and lonely path—also a very human trait. The astronomers and my mistake remind me of two things. The first: man plans, or to be more precise, I attempted to divine God instead of the other way around, and He lovingly laughs. The second is Jesus's parable of the farmer who went out to sow his seed.

"...As he was scattering the seed, some fell along the path; it was trampled on, and the birds of the air ate it up. Some fell on rock, and when it came up, the plants withered because they had no moisture. Other seed fell among thorns, which grew up with it and choked the plants. Still other seeds fell on good soil. It came up and yielded a crop, a hundred times more than was sown.

This is the meaning of the parable: The seed is the Word of God. Those along the path are the ones who hear, and then the devil comes and takes away the Word from their hearts, so that they may not believe and be saved. Those on the rock are the ones who receive the Word with joy when they hear it, but have no roots. They believe for a while, but in the time of testing, they fall away. The seed that fell among thorns stands for those who hear, but as they go on their way, they are choked by life's worries, riches, and pleasures, and they do not mature. But the seed on good soil stands for those with a noble and good heart, who hear the Word, retain it, and by persevering, produce a crop." (Luke 8:5-16)

Let us not be like Ison or the seed on the path or on the rock or among thorns, but may we remain to have our hearts melted and be good soil for God's seed. We each have the potential to yield a crop a hundred times more than was sown.