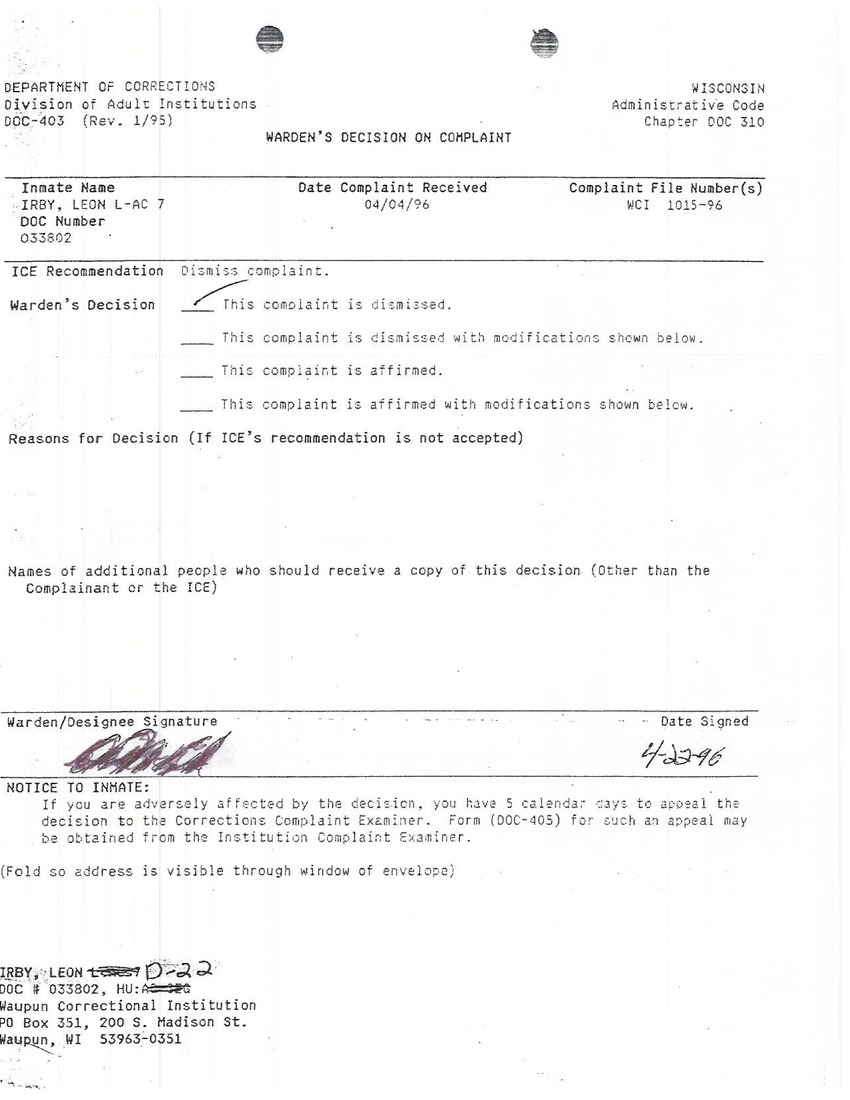 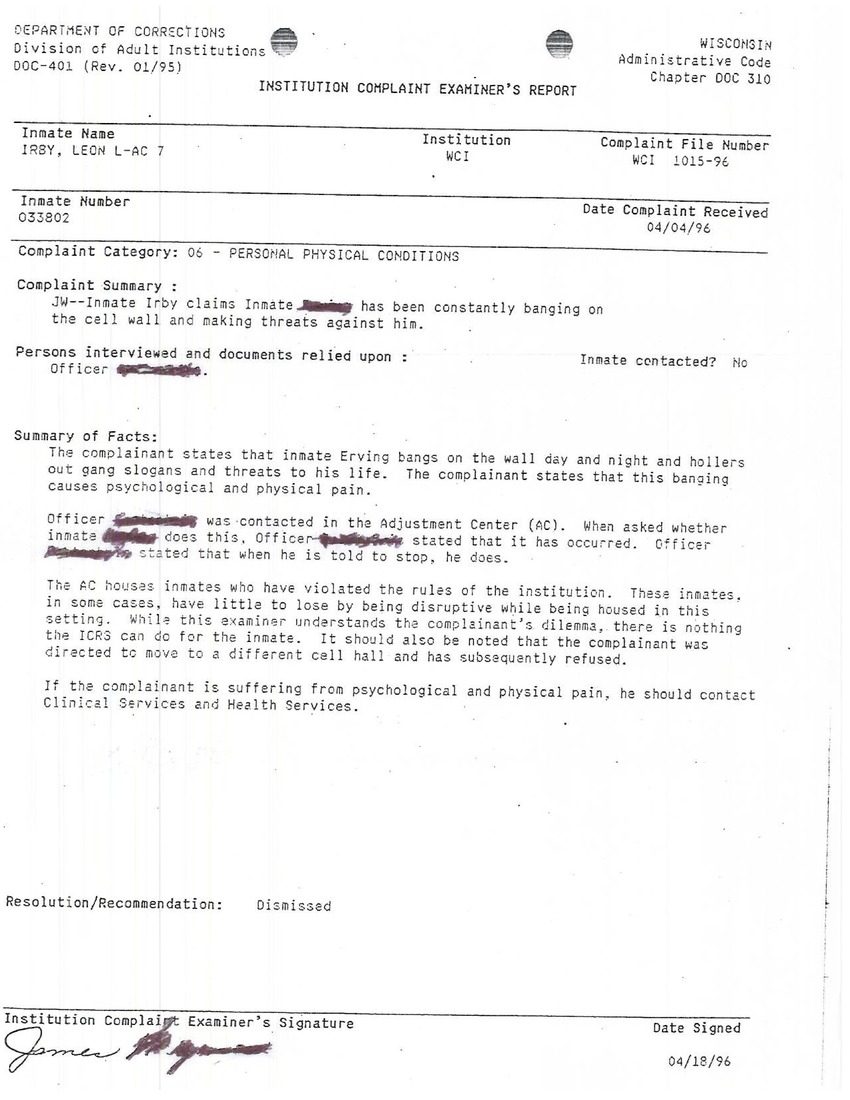 Reasons for Decision (If ICE's recommendation is not accepted)

(Fold so address is visible through window of envelope)

Complaint Summary:
JW-Inmate Irby claims Inmate [Marked out] has been constantly banging on the cell wall and making threats against him.

Persons interviewed and documents relied upon: Officer [Marked out]
Inmate contacted? No

The AC houses inmates who have violated the rules of the institution. These inmates, in some cases, have little to lose by being disruptive while being housed in this setting. While this examiner understands the complainant's dilemma, there is nothing the ICRS can do for the inmate. It should also be noted that the complainant was directed to move to a different cell hall and has subsequently refused.

If the complainant is suffering from psychological and physical pain, he should contact Clinical Services and Health Services.