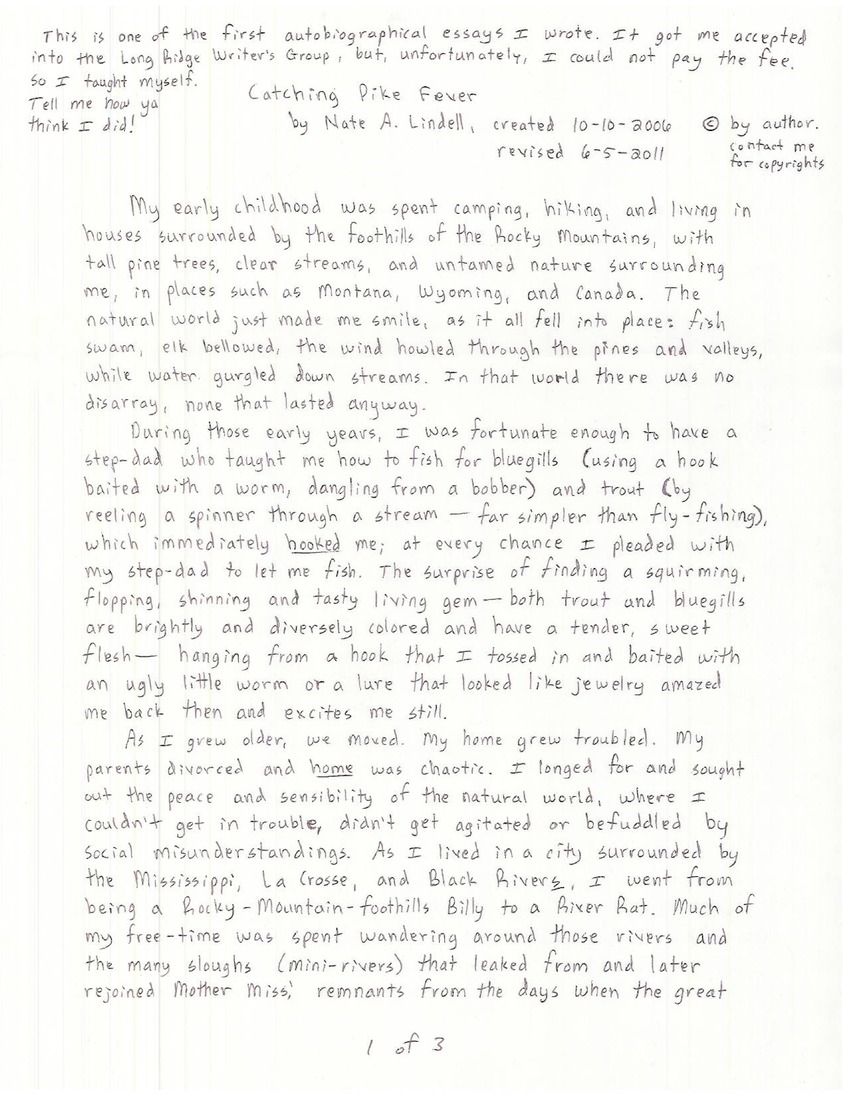 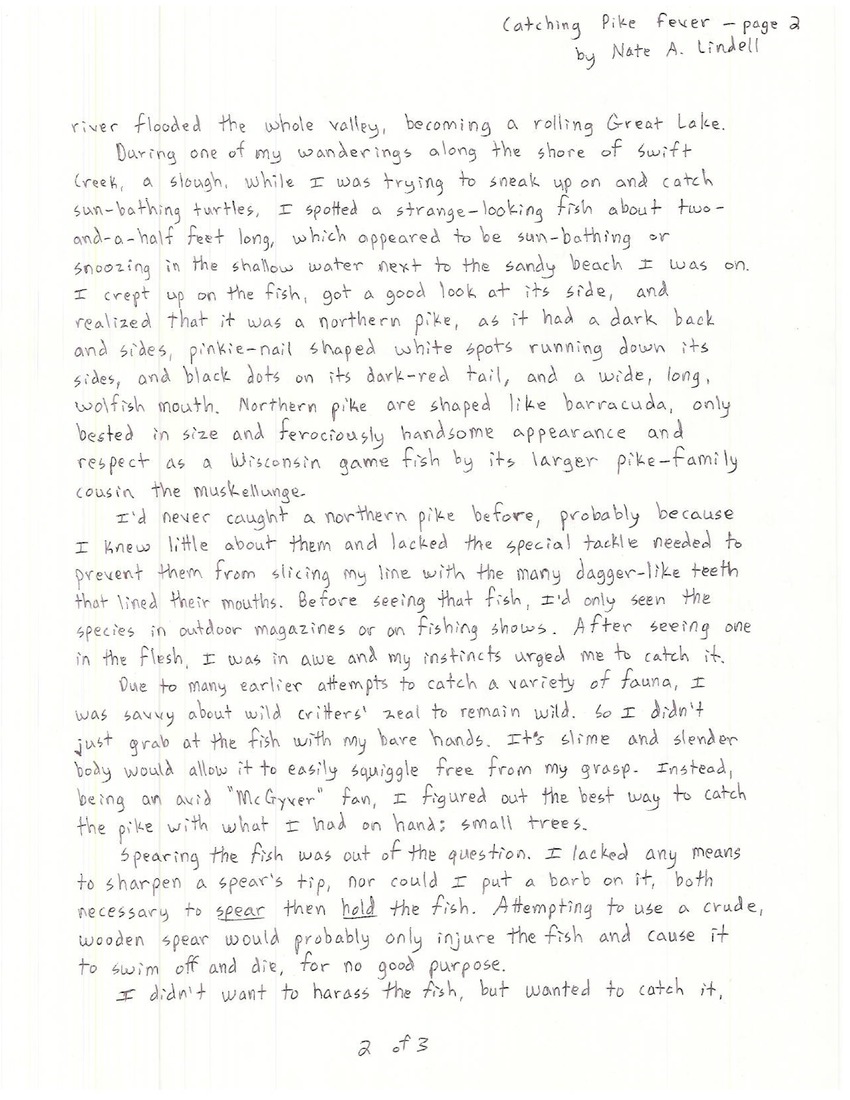 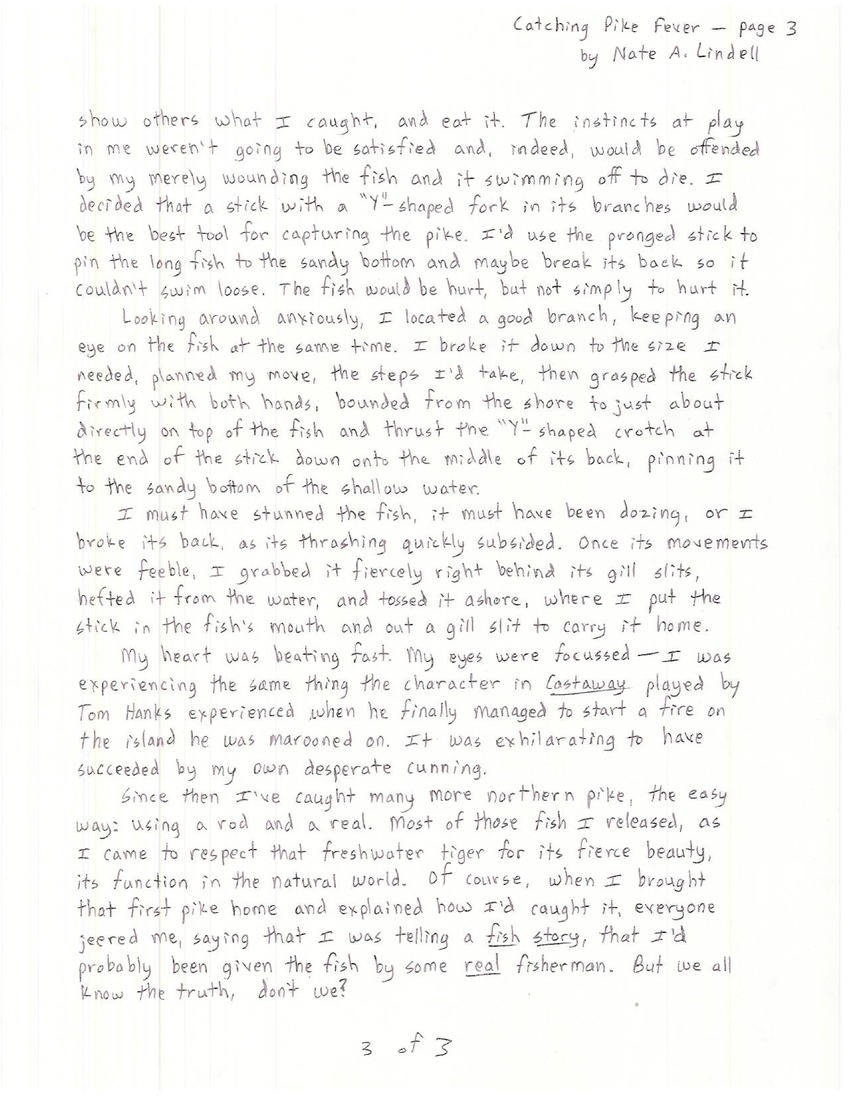 This is one of the first autobiographical essays I wrote. It got me accepted into the Long Ridge Writer's Group, but unfortunately, I could not pay the fee.
So I taught myself.
Tell me how ya think I did!

Catching Pike Fever
By Nate A. Lindell
Created 10-10-2006
Revised 6-5-2011
copyrigth by author
Contact me for copyrights