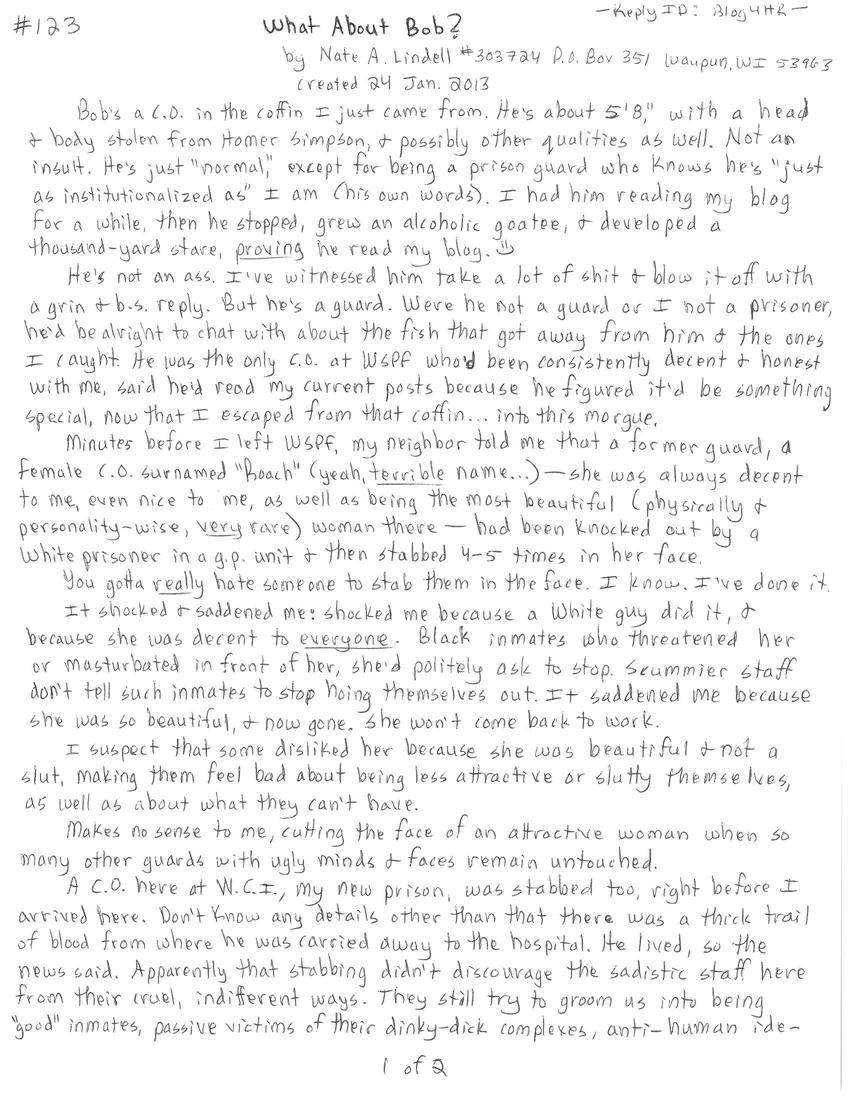 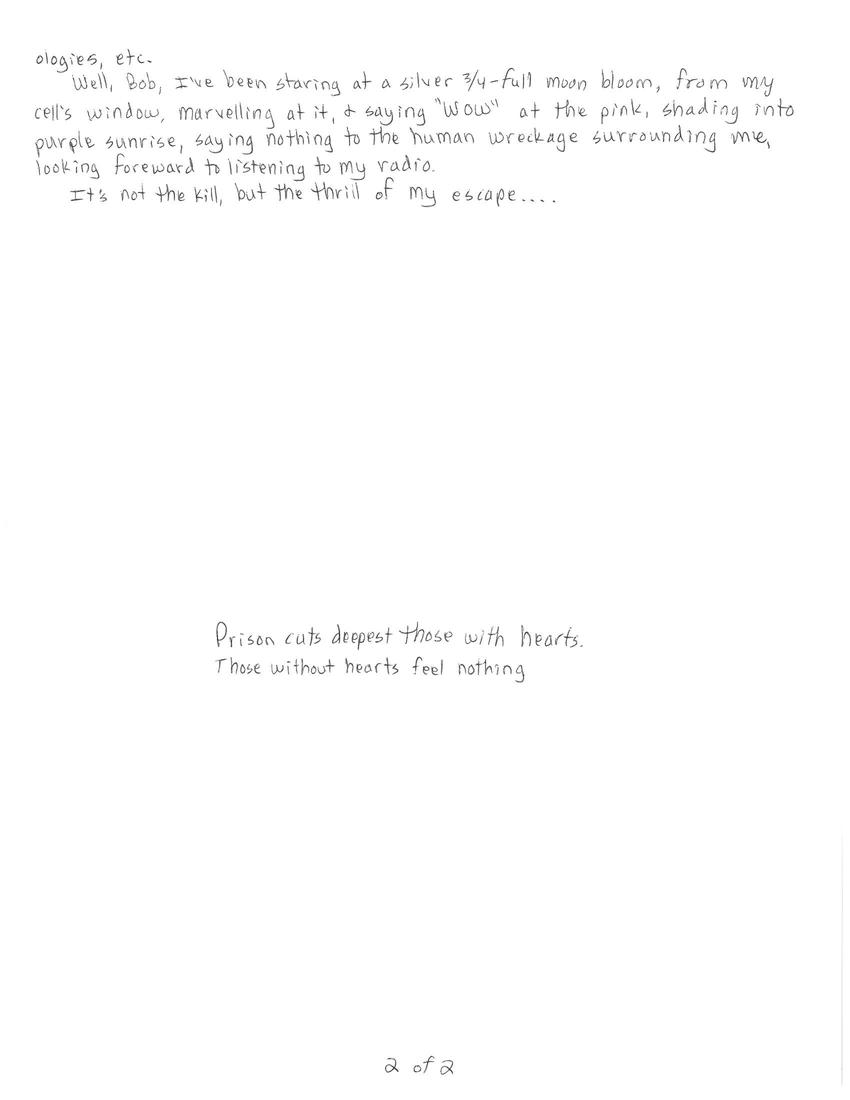 Bob's a C.O. in the coffin I just came from. He's about 5'8" with a head and body stolen from Homer Simpson and possibly other qualities as well. Not an insult. He's just "normal" except for being a prison guard who knows he's "just as institutionalized as" I am (his own words). I had him reading my blog for a while then he stopped, grew an alcoholic goatee and developed a thousand-yard stare, [underlined]proving he read my blog. [smiley face]

He's not an ass. I've witnessed him take a lot of shit & blow it off with a grin & a b.s. reply. But he's a guard. Were he not a guard or I not a prisoner, he'd be alright to chat with about the fish that got away from him & the ones I caught. He was the only C.O. at WSPF who'd been consistently decent & honest with me, said he'd read my current posts because he figured it'd be something special now that I'd escaped from that coffin...into this morgue.

Minutes before I left WSPF, my neighbor told me that a former guard, a female C.O. surnamed "Roach" (yeah, [underlined]terrible name...)- she was always decent to me, even nice to me, as well as being the most beautiful (physically & personality-wise, [underlined]very rare) woman there - had been knocked out by a white prisoner in a g.p. unit & then stabbed 4-5 times in her face.

You gotta [underlined]really hate someone to stab them in the face. I know. I've done it.

It shocked & saddened me: shocked me because a white guy did it, & because she was decent to [underlined]everyone. Black inmates who threatened her or masturbated in front of her, she'd politely ask to stop. Scummier staff don't tell inmates to stop hoing themselves out. It saddened me because she was so beautiful & now gone. She won't come back to work.

Makes no sense to me, cutting the face of an attractive woman when so many other guards with ugly minds & faces remain untouched.

A C.O. here at W.C.I., my new prison, was stabbed too, right before I arrived here. Don't know any details other than that there was a thick trail of blood from where he was carried away to the hospital. He lived, so the news said. Apparently that stabbing didn't discourage the sadistic staff here from their cruel, indifferent ways. They still try to groom us into being "good" inmates, passive victims of their dinky-dick complexes, anti-human ideologies etc.

Well, Bob, I've been staring at a silver 3/4-full moon bloom, from my cell's window, marvelling at it & saying "wow" at the pink, shading into purple sunrise, saying nothing to the human wreckage surrounding me, looking forward to listening to my radio.

It's not the kill, but the thrill of my escape....

Prison cuts deepest those with hearts
Those without hearts feel nothing