Reply ✍ Transcribed
From Straight Out Of The Play Pen And Into The State Pen by Donnell Drinks (author's profile)
Share this:
uploaded March 10, 2013.  Original (PDF) 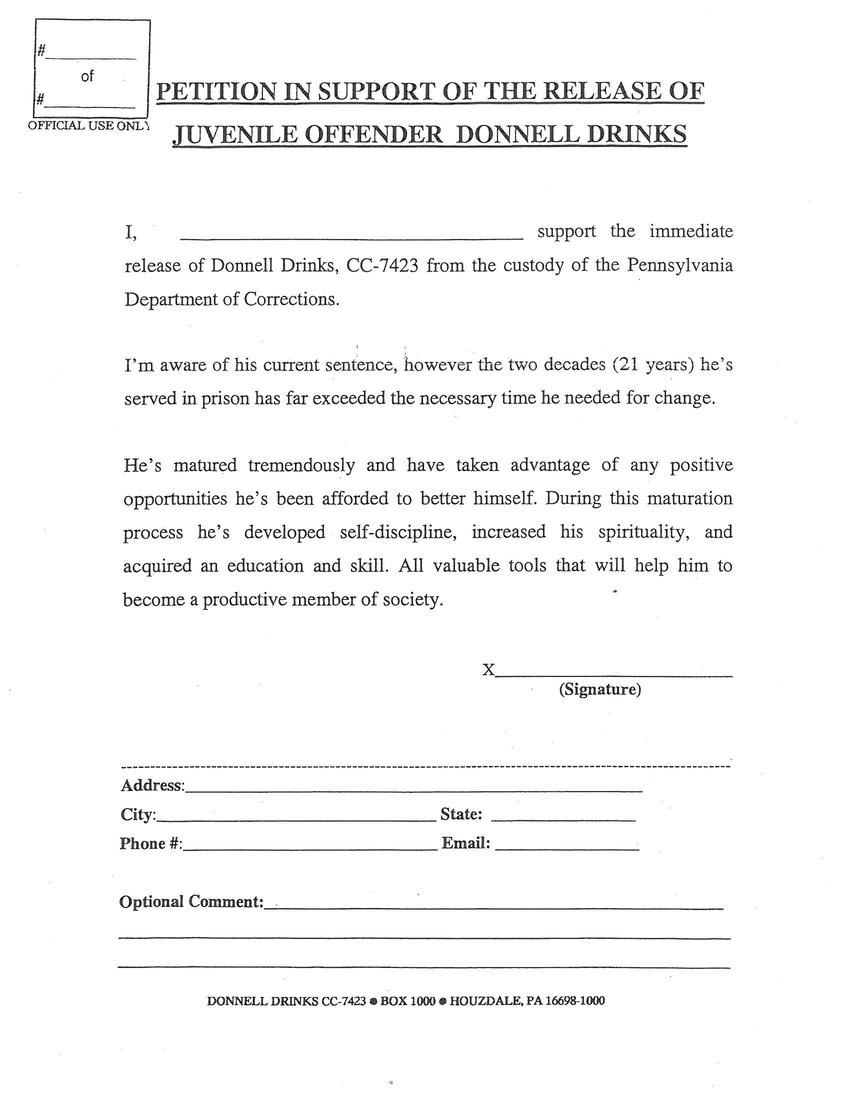 PETITION IN SUPPORT OF THE RELEASE OF JUVENILE OFFENDER DONNELL DRINKS

I, _____ support the immediate release of Donnell Drinks, CC-7423 from the custody of the Pennsylvania Department of Corrections.

I'm aware of his current sentence, however the two decades (21 years) he's served in prison has far exceeded the necessary time he needed for change.

He's matured tremendously and have taken advantage of any positive opportunities he's been afforded to better himself. During this maturation process he's developed self-discipline, increased his spirituality, and acquired an education and skill. All valuable tools that will help him to become a productive member of society.