A Plea To The People 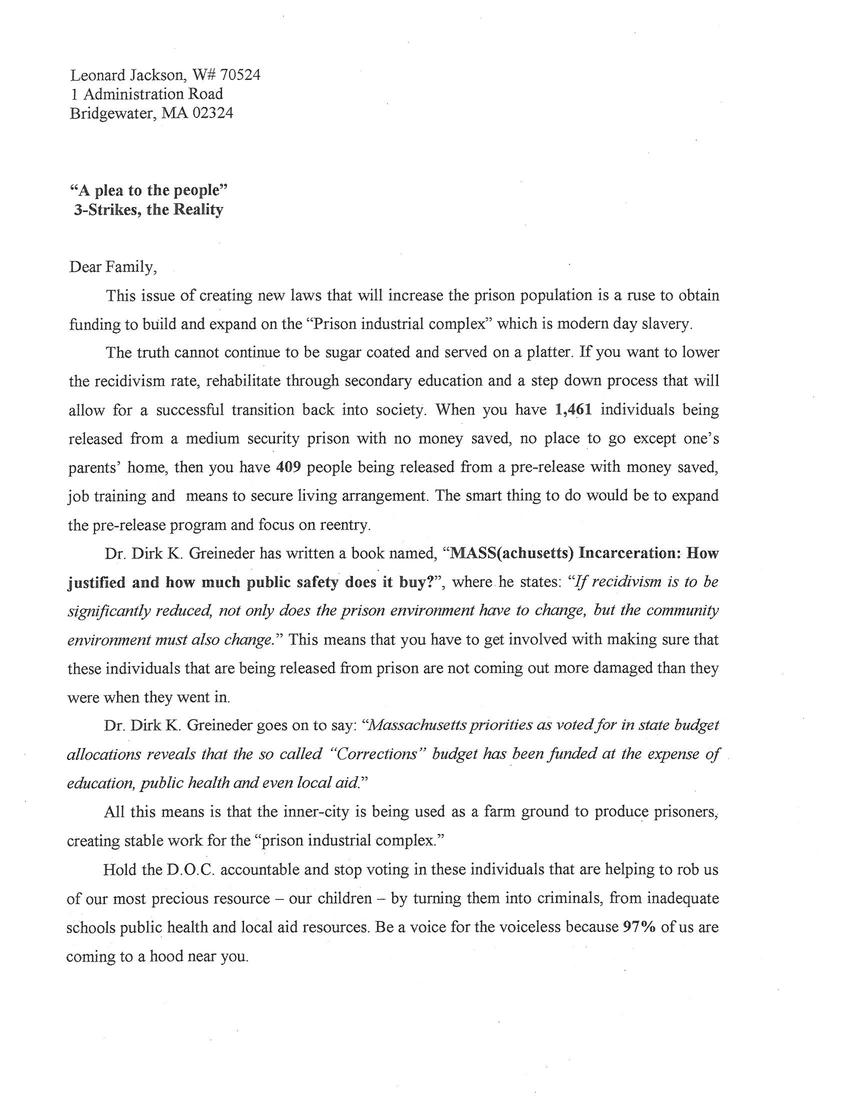 "A plea to the people"
3-Strikes, the Reality

This issue of creating new laws that will increase the prison population is a ruse to obtain funding to build and expand on the "Prison industrial complex" which is modern day slavery.

The truth cannot continue to be sugar coated and served on a platter. If you want to lower the recidivism rate, rehabilitate through secondary education and a step down process that will allow for a successful transition back into society. When you have 1,461 individuals being released from a medium security prison with no money saved, no place to go except one's parents' home, then you have 409 people being released from a pre-release with money saved, job training and means to secure living arrangement. The smart thing to do would be to expand the pre-release program and focus on reentry.

Dr. Dirk K. Greineder has written a book named, "MASS(achusetts) Incarceration: How justified and how much public safety does it buy?", where he states: "If recidivism is to be significantly reduced, not only does the prison environment have to change, but the community environment must also change." This means that you have to get involved with making sure that these individuals that are being released from prison are not coming out more damaged than they were when they went in.

Dr. Dirk K. Greineder goes on to say: "Massachusetts priorities as voted for in state budget allocations reveals that the so called "Corrections" budget has been funded at the expense of education, public health and even local aid."

All this means is that the inner-city is being used as a farm ground to produce prisoners, creating stable work for the "prison industrial complex".

Hold the D.O.C. accountable and stop voting in these individuals that are helping to rob us of our most precious resource - our children - by turning them into criminals, from inadequate schools, public health and local aid resources. Be a voice for the voiceless because 97% of us are coming to a hood near you.