Big Business, The Rise Of Capitalism 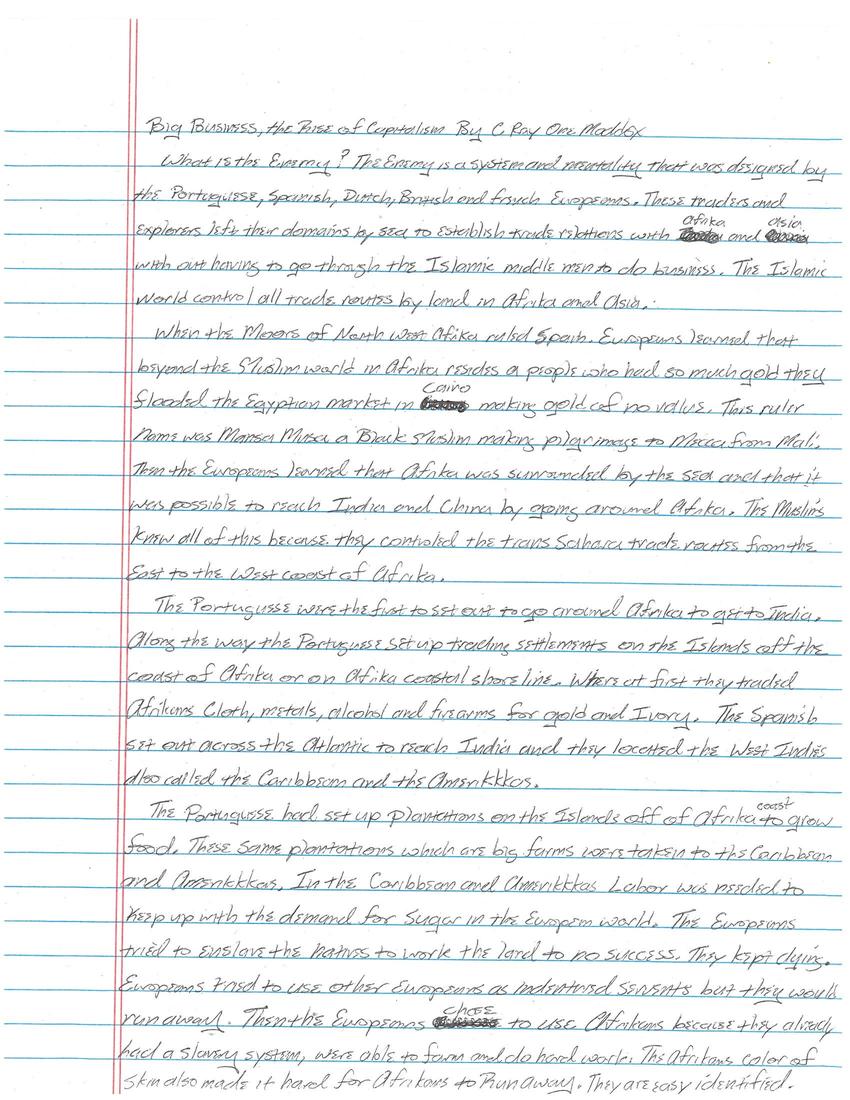 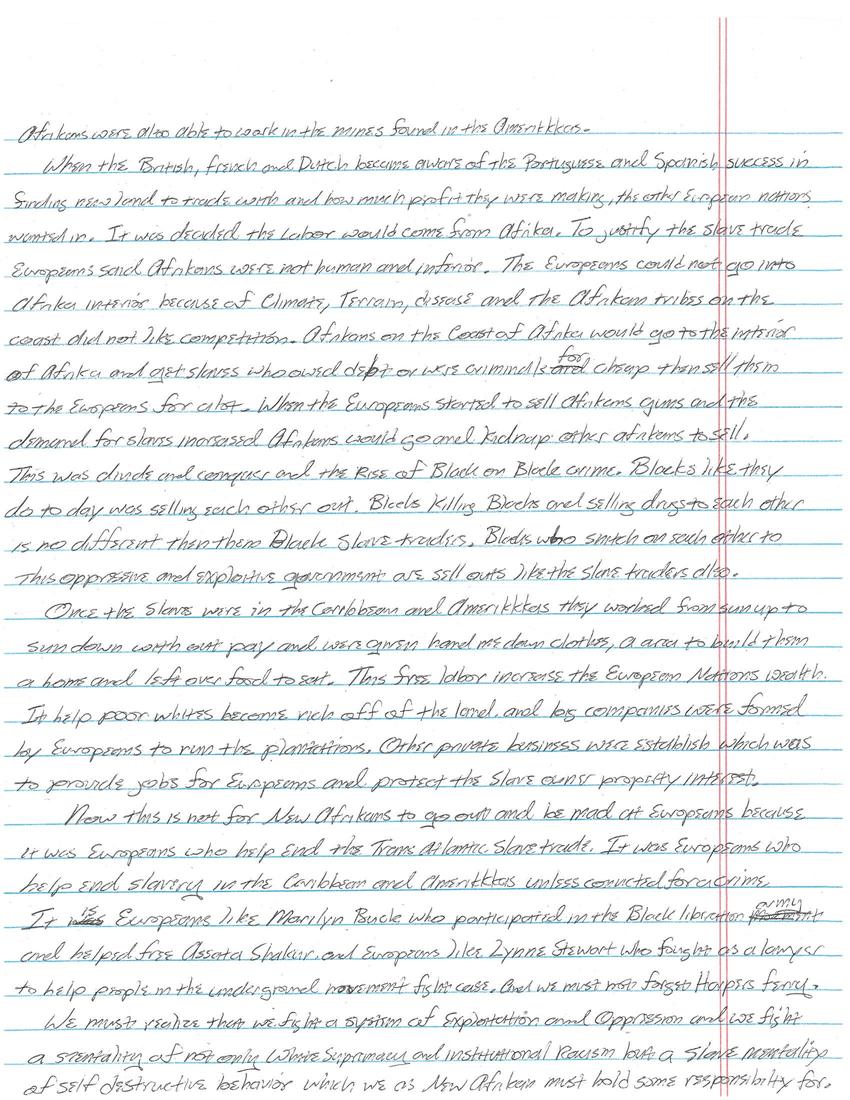 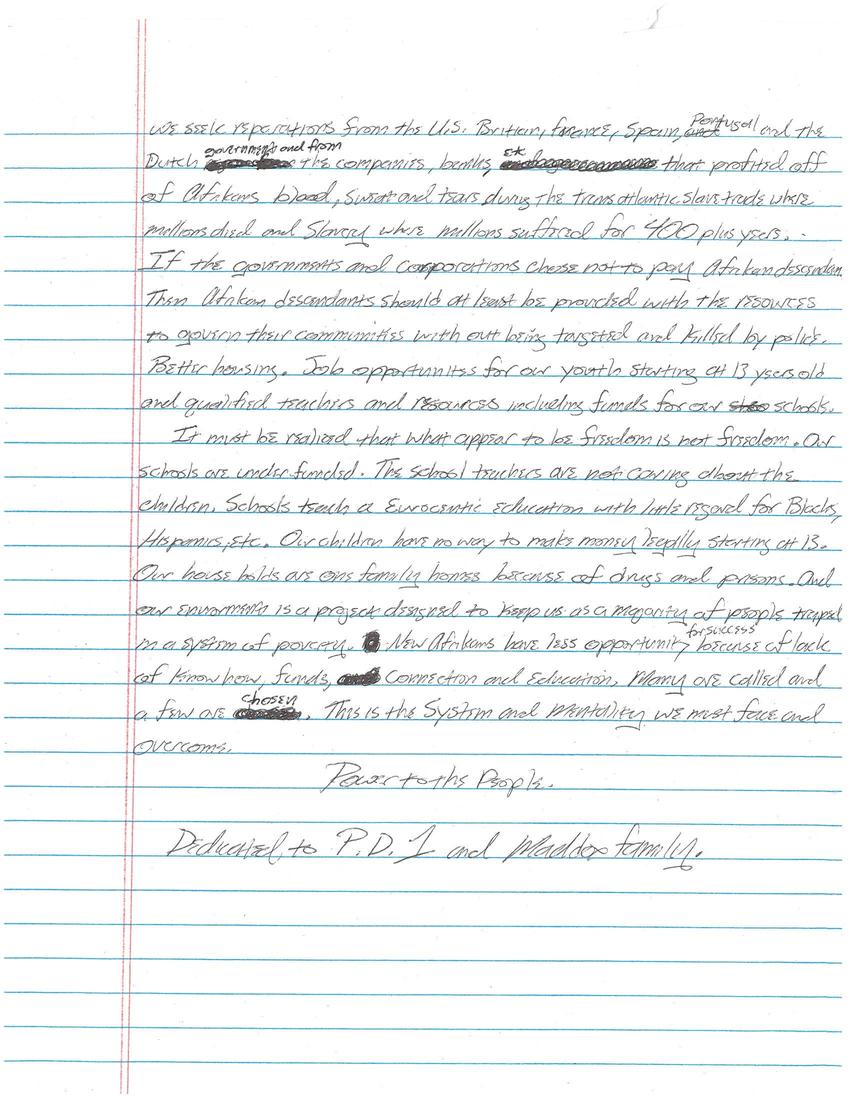 Big Business, the Rise of Capitalism by C Ray One Maddox

What is the Enemy? The Enemy is a system and mentality that was designed by the Portuguese, Spanish, Dutch, British and French Europeans. These traders and explorers left their domains by sea to establish trade relations with Afrika and Asia without having to go through the Islamic middle men to do business. The Islamic world control all trade routes by land in Afrika and Asia.

When the Moors of North West Afrika ruled Spain, Europeans learned that beyond the Muslim world in Afrika resides a people who had so much gold they flooded the Egyptian market in Cairo making gold of no value. This ruler name was Mansa Musa, a Black Muslim making pilgrimage to Mecca from Mali. Then the Europeans learned that Afrika was surrounded by the sea and that it was possible to reach India and China by going around Afrika. The Muslims knew all of this because they controlled the trans Sahara trade routes from the East to the West coast of Afrika.

The Portuguese were the first to set out to go around Afrika to get to India. Along the way the Portuguese set up trading settlements on the islands off the coast of Afrika or on Afrika coastal shoreline. Where at first they traded Afrikans cloth, metals, alcohol and firearms for gold and ivory. The Spanish set out across the Atlantic to reach India and they located the West Indies, also called the Caribbean and the Amerikkkas.

The Portuguese had set up plantations on the islands off of Afrika coast to grow food. These same plantations which are big farms were taken to the Caribbean and Amerikkkas. In the Caribbean and Amerikkkas labor was needed to keep up with the demand for sugar in the European world. The Europeans tried to enslave the natives to work the land to no success. They kept dying. Europeans tried to use other Europeans as indentured servants but they would run away. Then the Europeans chose to use Afrikans because they already had a slavery system, were able to farm and do hard work. The Afrikans' color of skin also made it hard for Afrikans to run away. They are easy identified. Afrikans were also able to work in the mines found in the Amerikkkas.

When the British, French and Dutch became aware of the Portuguese and Spanish success in finding new land to trade with and how much profit they were making, the other European nations wanted in. It was deeded the labor would come from Afrika. To justify the slave trade Europeans said Afrikans were not human and inferior. The Europeans could not go into Afrika interior because of climate, terrain, disease and the Afrikan tribes on the coast did not like competition. Afrikans on the coast of Afrika would go to the interior of Afrika and get slaves who owed debt or were criminals for cheap then sell them to the Europeans for a lot. When the Europeans started to sell Afrikans guns and the demand for slaves increased Afrikans would go and kidnap other Afrikans to sell. This was divide and conquer and the rise of black on black crime. Blacks like they do today was selling each other out. Blacks killing blacks and selling drugs to each other is no different than them black slave traders. Blacks who snitch on each other to this oppressive and exploitative government are sell outs like the slave traders also.

Once the slaves were in the Caribbean and Amerikkkas they worked from sun up to sun down without pay and were given me hand me down clothes, an area to build them a home and leftover food to eat. This free labor increase the European nations' wealth. It help poor whites become rich off of the land and big companies were formed by Europeans to run the plantations. Other private business were establish which was to provide jobs for Europeans and protect the slave and property interest.

We must realize that we fight a system of exploitation and oppression and we fight a mentality of not only white supremacy and institutional racism but a slave mentality of self destructive behavior which we as New Afrikan must hold some responsibility for. We seek reparations from the U.S., Britain, France, Spain, Portugal and the Dutch government and from the companies, banks, etc that profited off of Afrikans' blood, sweat and tears during the transatlantic slave trade where millions died and slavery where millions suffered for 400 plus years. If the governments and corporations choose not to pay Afrikan descendants then Afrikan descendants should at least be provided with the resources to govern their communities without being targeted and killed by police. Better housing. Job opportunities for our youth starting at 13 years old and qualified teachers and resources including funds for our schools.

It must be realized that what appear to be freedom is not freedom. Our schools are underfunded. The school teachers are not caring about the children. Schools teach a Eurocentric education with little regard for Black, Hispanics, etc. Our children have no way to make money legally starting at 13. Our households are one family homes because of drugs and prisons. And our environment is a project designed to keep us as a majority of people trapped in a system of poverty. New Afrikans have less opportunity for success because of lack of knowhow, funds, connection and education. Many are called and a few are chosen. This is the system and mentality we must face and overcome.

Power to the People.

Dedicated to P.D.1 and Maddox family.