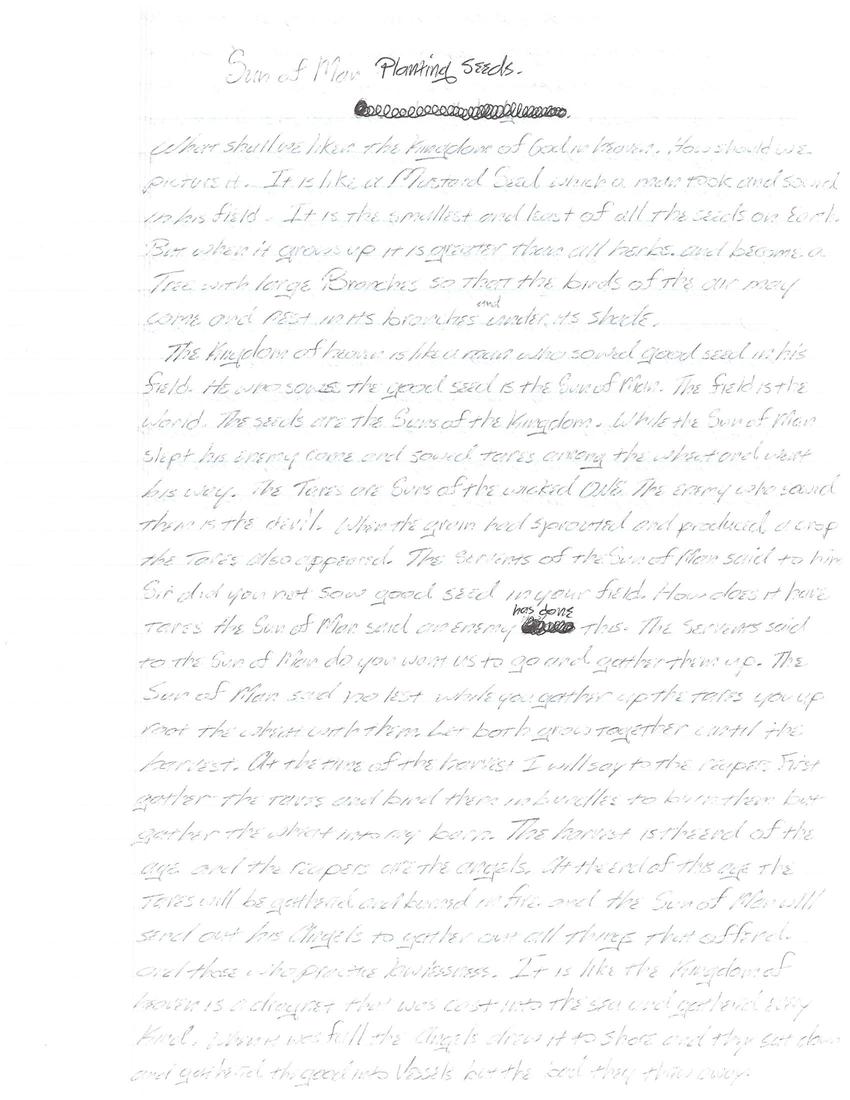 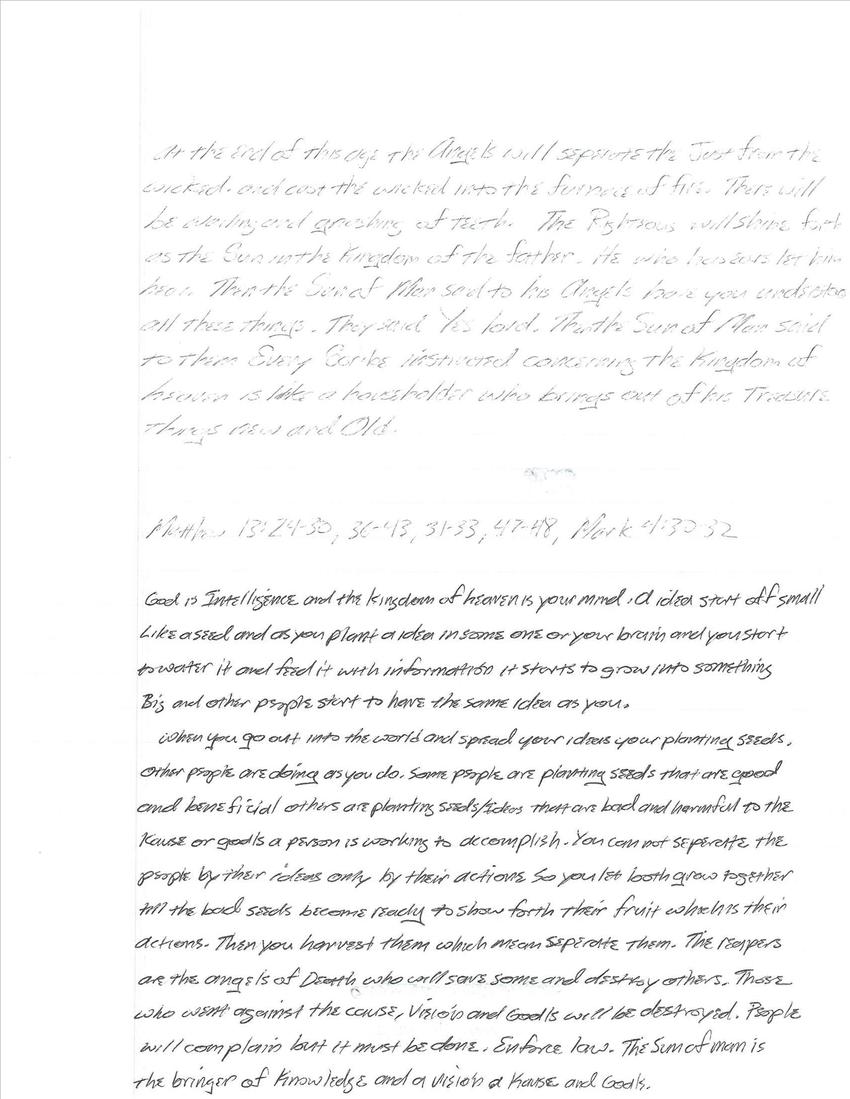 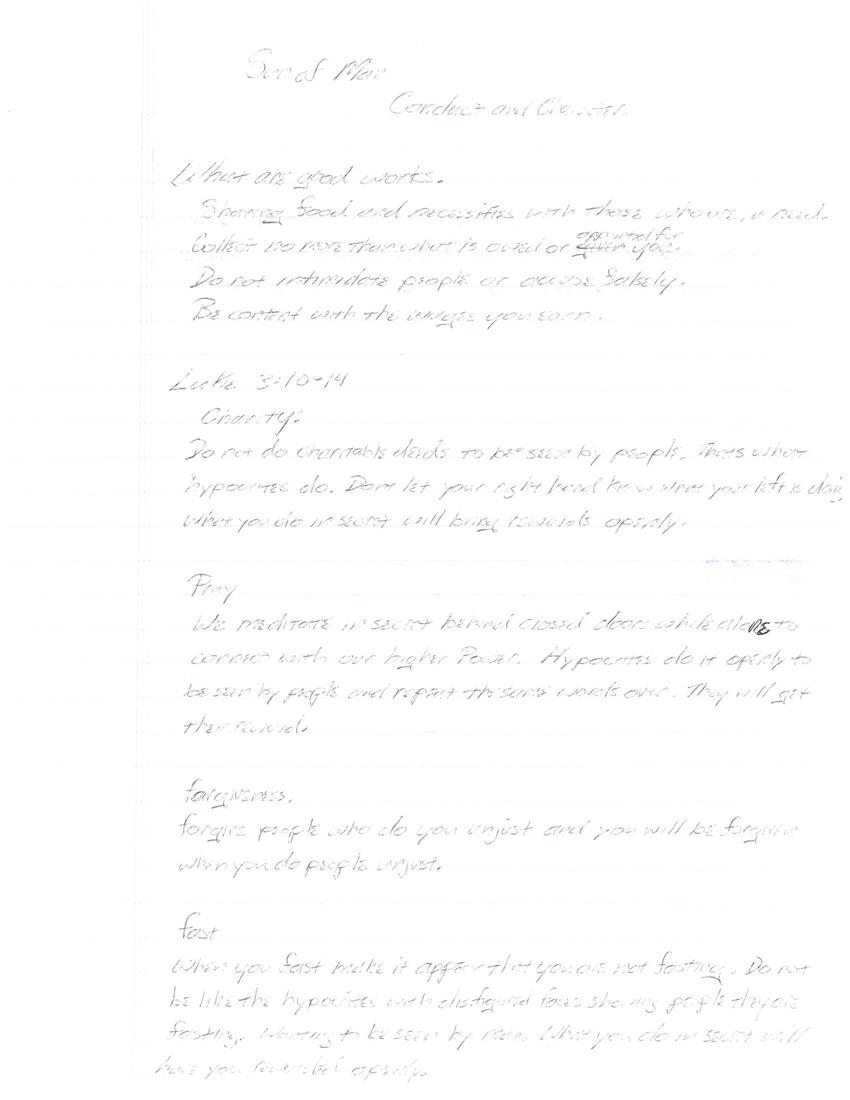 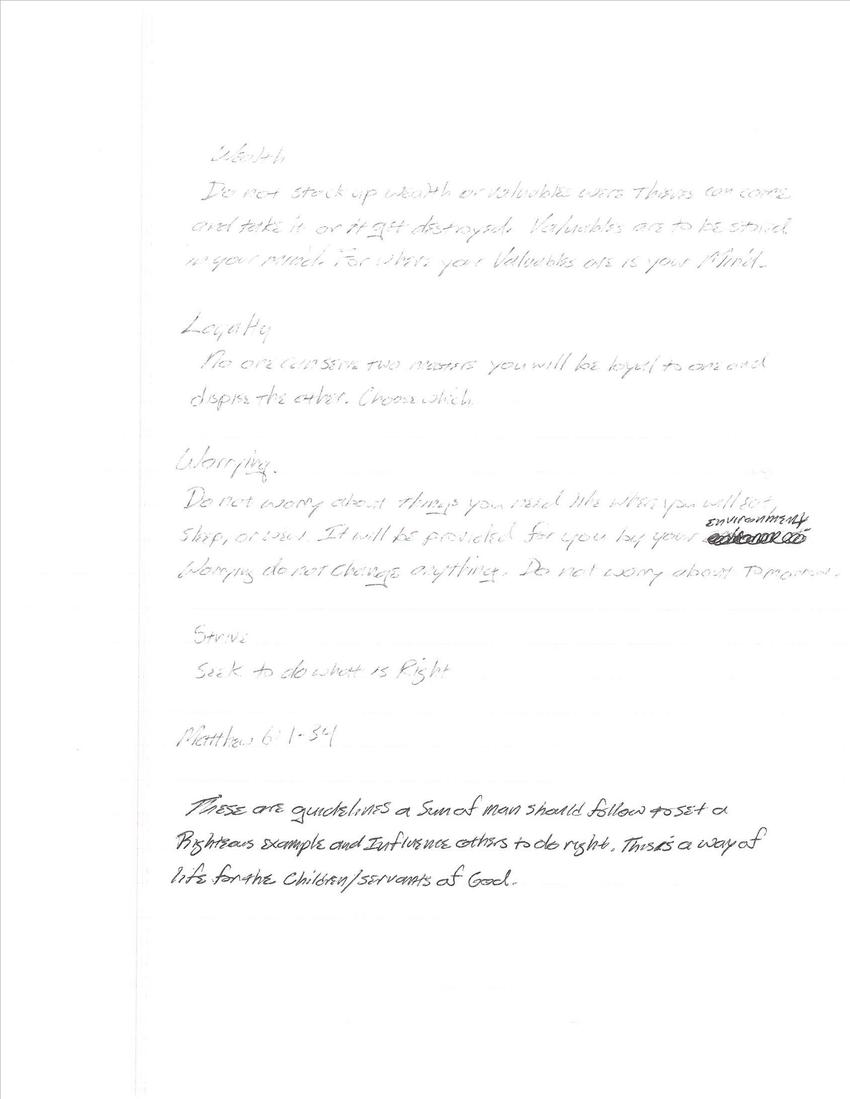 What shall we liken the Kingdom of God in heaven? How should we picture it? It is like a Mustard Seed which a man took and sowed in his field. It is the smallest and least of all the seeds on Earth. But when it grows up it is greater than all herbs, and becomes a tree with large branches so that the birds of the air may come and nest in its branches and under its shade.

The Kingdom of heaven is like a man who sowed good seed in his field. He who sows the good seed is the Son of Man. The field is the world. The seeds are the sons of the kingdom. While the Son of Man slept his enemy came and sowed tares among the wheat and went his way. The tares are sons of the wicked one, the enemy who sowed them is the devil. When the ground had sprouted and produced a crop, the tares also appeared. The servants of the Son of Man said to him, Sir, did you not sow good seed in your field? How does it have tares? The Son of Man said, an enemy has done this. The servants said to the Son of Man, do you want us to go and gather them up? The Son of Man said no, lest while you gather up the tares you uproot the wheat with them. Let both grow together until the harvest. At the time of the harvest, I will say to the reaper, first gather the tares and bind them in bundles to burn them, but gather the wheat into my barn. The harvest is the end of the age and the reapers are the angels. At the end of this age the tares will be gathered and burned in fire and the Son of Man will send out his angels to gather out all things that offend and those who practice lawlessness. It is like the Kingdom of heaven is a dragnet that was cast into the sea and gathered every kind. When it was full the angels drew it to shore and they sat down and gathered the good into vessels, but the bad they threw away.

At the end of this age the angels will separate the just from the wicked, and cast the wicked into the furnace of fire. There will be wailing and gnashing of teeth. The righteous will shine forth as the sun in the Kingdom of the Father. he who has ears, let him hear. Then the Son of Man said to his angels, have you understood all these things? They said, yes, Lord. Then the Son of Man said to them, every [illegible] instructed concerning the Kingdom of heaven is like a householder who brings out of his treasure things new and old.

God is Intelligence and the kingdom of heaven is your mind. An idea starts off small like a seed and as you plant an idea in someone or your brain and you start to water it and feed it with information, it starts to grow into something big and other people start to have the same idea as you.

When you go out into the world and spread your ideas, you're planting seeds. Other people are doing as you do. Some people are planting seeds that are good and beneficial, others are planting seeds/ideas that are bad and harmful to the cause or goals a person is working to accomplish. You cannot separate the people by their ideas, only by their actions, so you let both grow together till the bad seeds become ready to show forth their fruit [illegible] their actions. Then you harvest them, which means separate them. The reapers are the angels of Death who will save some and destroy others. Those who went against the cause, vision and goals will be destroyed. People will complain but it must be done. Enforce law. The Son of Man is the bringer of knowledge and a vision, a cause and goals.

Son of Man
Conduct and [illegible]

What are good works?
Sharing food and necessities with those who are in need.
Collect no more than what is owed or appointed for you.
Do not intimidate people or accuse falsely.
Be content with the wages you earn.

Charity:
Do not do charitable deeds to be seen by people. That's what hypocrites do. Don't let your right hand know what your left is doing. What you do in secret will bring rewards openly.

Pray
We meditate in secret behind closed doors while alone to connect with our higher power. Hypocrites do it openly to be seen by people and repeat the same words over. They will get their reward.

Forgiveness
Forgive people who do you unjust and you will be forgiven when you do people unjust.

Fast
When you fast, make it appear that you are not fasting. Don't be like the hypocrites with disfigured faces showing people they are fasting, wanting to be seen by men. What you do in secret will have you rewarded openly.

[illegible]
Do not stock up wealth or valuables where thieves can come and take it or it get destroyed. Valuables are to be stored in your mind, for what your valuables are is your mind.

Loyalty
No one can serve two masters, you will be loyal to one and despise the other. Choose which.

Strive
Seek to do what is right.

These are guidelines a Son of Man should follow to set a righteous example and influence others to do right. This is a way of life for the children/servants of God.