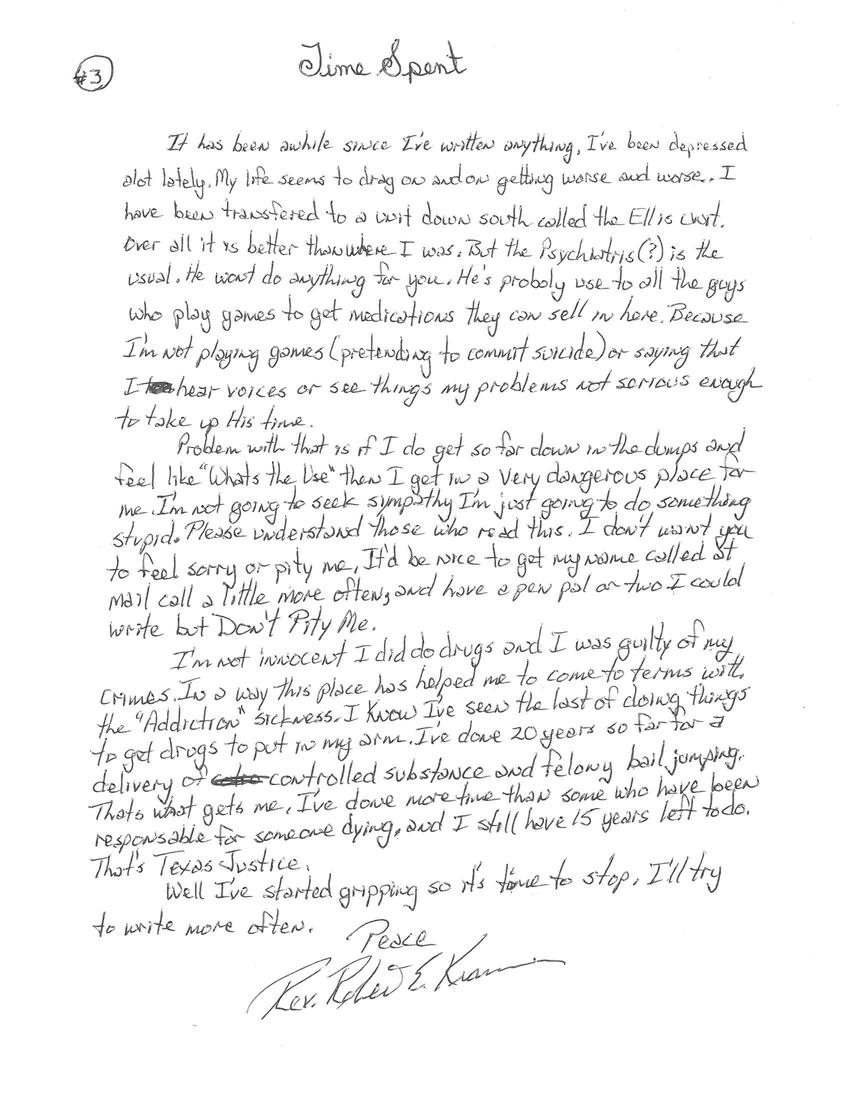 It has been awhile since I've written anything. I've been depressed a lot lately. My life seems to drag on and on getting worse and worse. I have been transferred to a unit down south called the Ellis Unit. Overall it is better than where I was. But the psychiatrist (?) is the usual. He won't do anything for you. He's probably used to all the guys who play games to get medications they can sell in here. Because I'm not playing games (pretending to commit suicide) or saying that I hear voices or see things, my problem's not serious enough to take up his time.

Problem with that is if I do get so far down in the dumps and feel like "what's the use" then I get in a very dangerous place for me. I'm not going to seek sympathy, I'm just going to do something stupid. Please understand, those who read this. I don't want you to feel sorry or pity me. It'd be nice to get my name called at mail call a little more often, and have a pen pal or two I could write but don't pity me.

I'm not innocent, I did do drugs and I was guilty of my crimes. In a way this place has helped me to come to terms with the "addiction" sickness. I know I've seen the last of doing things to get drugs to put in my arm. I've done 20 years so far for a delivery of controlled substance and felony bail jumping. That's what gets me, I've done more time than some who have been responsible for someone dying, and I still have 15 years left to do. That's Texas justice.

Hi Mr. Kramer,
I'm sorry about the psychiatrists where you are. I'm working in an inner city hospital psychiatric unit and have witnessed the same dynamic you described, and it really is unfortunate. Just wanted to say I read your posts and appreciate the time you spent to get your thoughts out to the world. Sending good thoughts your way.