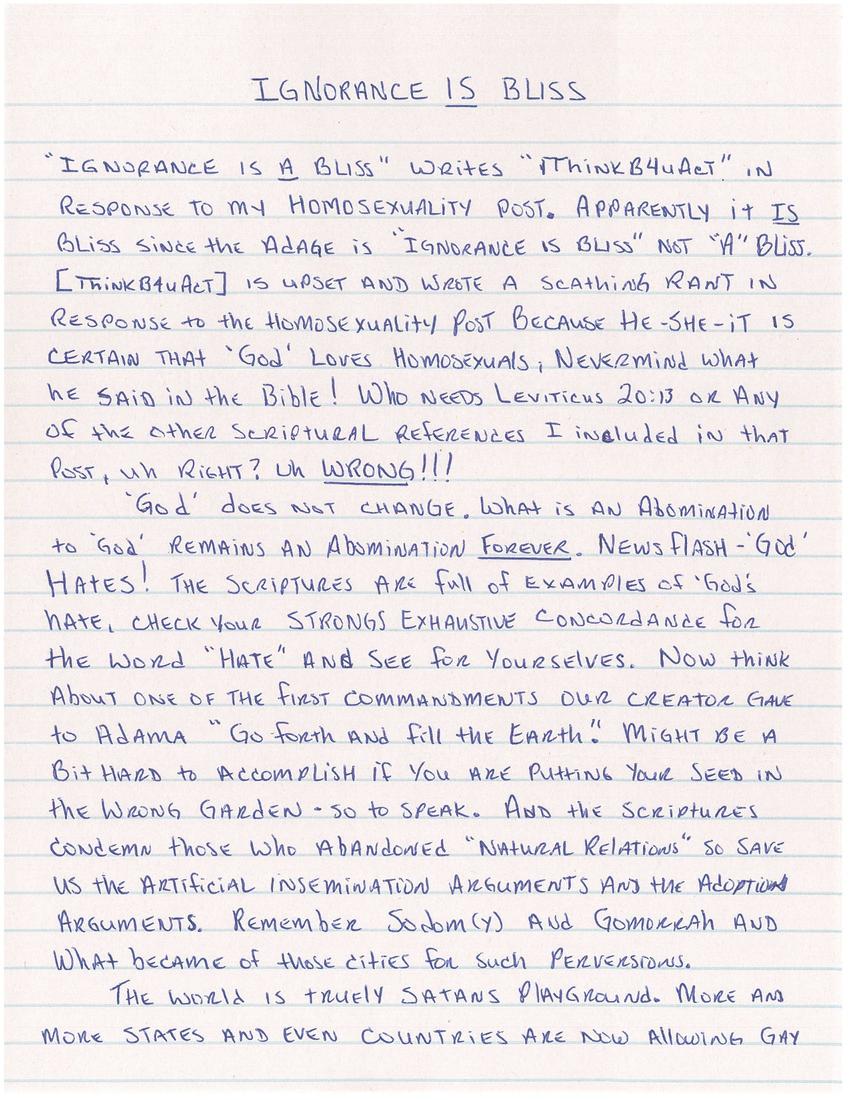 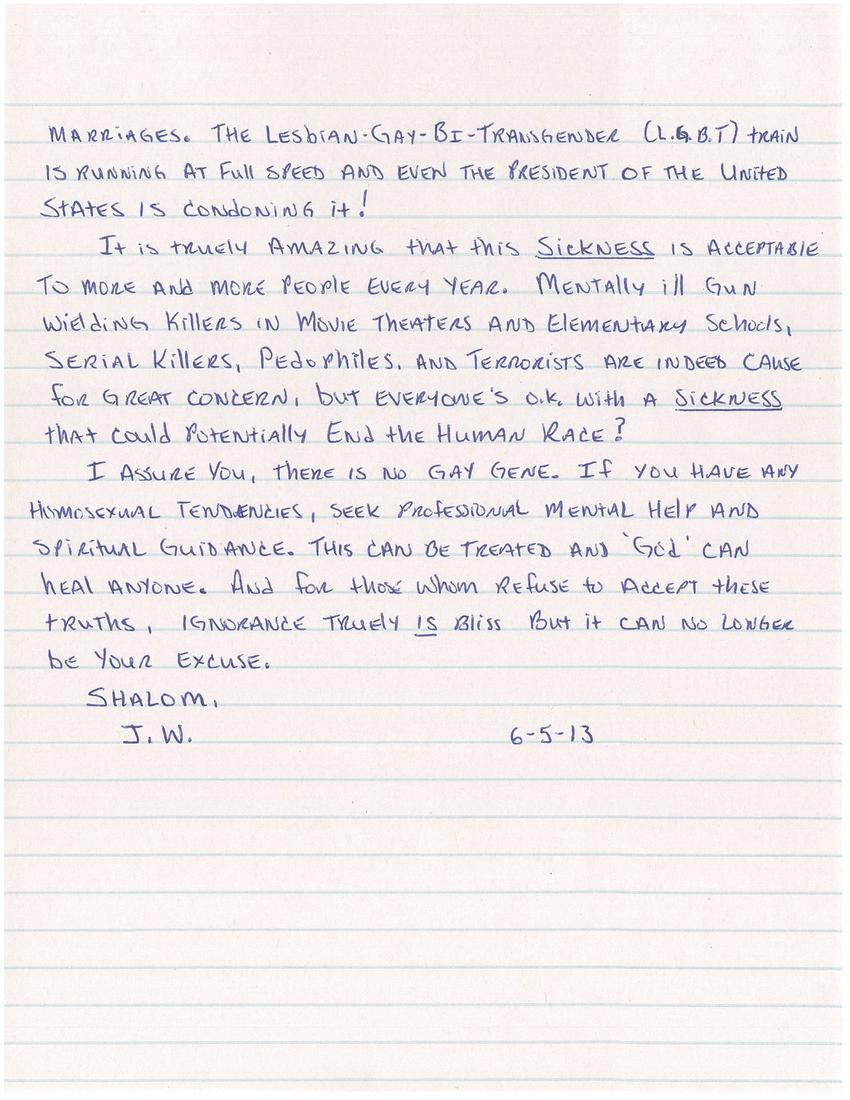 'Ignorance is a bliss' writes 'iThinkB4uAct' in response to my homosexuality post. Apparently it IS bliss since the adage is 'ignorance is bliss' not 'a' bliss.

(ThinkB4uAct] is upset and wrote a scathing rant in response to the homosexuality post because he-she-it is certain that 'God' loves homosexuals, nevermind what he said in the Bible! Who needs Leviticus 20:13 or any of the other scriptural references I included in that post, uh right? Uh WRONG!!!

'God' does not change. What is an abomination to 'God' remains an abomination forever. News flash - 'God' hates! The scriptures are full of examples of 'God's hate, check your strong exhaustive concordance for the word 'hate' and see for yourselves. Now think about one of the first commandments our creator gave to Adam 'Go forth and fill the earth'. Might be a bit hard to accomplish if you are putting your seed in the wrong garden - so to speak. And the scriptures condemn those who are abandoned 'natural relations' so save us the artificial insemination arguments and the adoption arguments. Remember sodomy and Gomorrah and what became of those cities for such perversions.

The world is truly Satans playground. More and more states and even countries are now allowing gay marriages. The Lesbian-Gay-Bi-Trangender (L.G.B.T) train is running at full speed and even the president of the united states is condoning it!

It is truly amazing that this sickness is acceptable to more and more people every year. Mentally ill gun wielding killers in movie theatres and elementary schools, serial killers, pedophiles and terrorists are indeed cause for great concern. But everyone's o.k. with a sickness that could potentially end the human race?

I assure you, there is no gay gene. If you have any homosexual tendencies, seek professional mental help and spiritual guidance. This can be treated and 'God' can heal anyone. And for those whom refuse to accept these truths, ignorance truely is bliss but it can no longer be your excuse.