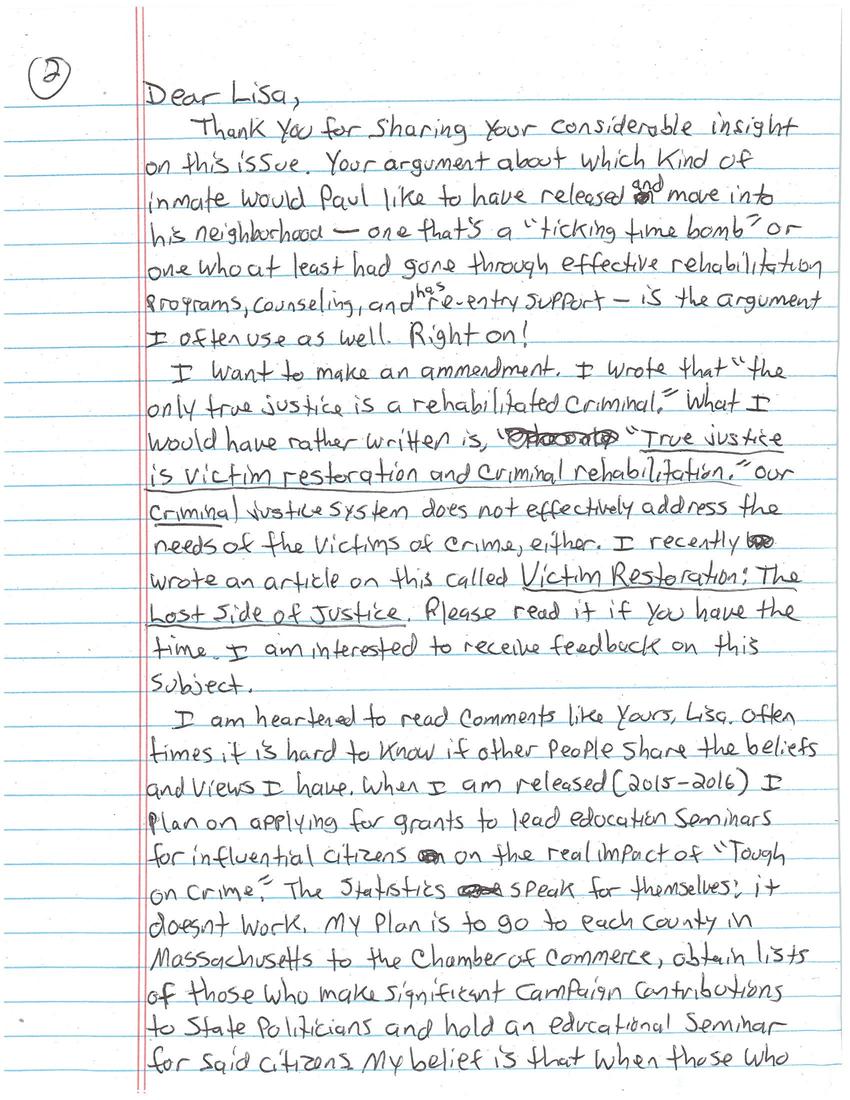 Thank you for sharing your considerable insight on this issue. Your argument about which kind of inmate would Paul like to have released and move into his neighborhood - one that's a "ticking time bomb" or one who at least had gone through effective rehabilitation programs, counseling, and has re-entry support - is the argument I often use as well. Right on!

I want to make an ammendment. I wrote that "the only true justice is a rehabilitated criminal." What I would have rather written is "true justice is victim restoration and criminal rehabilitation." Our criminal justice system does not effectively address the needs of the victims of crime, either. I recently wrote an article on this called Victim Restoration: The Lost Side of Justice. Please read it if you have the time. I am interested to receive feedback on this subject.

I am heartened to read comments like yours, Lisa. Often times it is hard to know if other people share the beliefs and views I have. When I am released (2015-2016) I plan on applying for grants to lead education seminars for influential citizens on the real impact of "Tough on crime." The statistics speak for themselves; it doesn't work. My plan is to go to each county in Massachusetts, to the Chamber of Commerce, obtain lists of those who make significant campaign contributions to state politicians and hold an educational seminar for said citizens. My belief is that when those who fund the politicians want to overhaul the current system, then the politicians will magically support such changes. The first step is education. When citizens know the truth about tough on crime and about the effectivemess of rehabilatative systems (they're out there! and the numbers are good) then they will support the changes we seek.

Thanks for writing! I finished the transcription for your post. I think the American prison system leaves a lot to be desired, punishing rather than rehabilitating, we are working on this in England (where I live) at the moment. I hope that people listen and make changes. Keep writing.