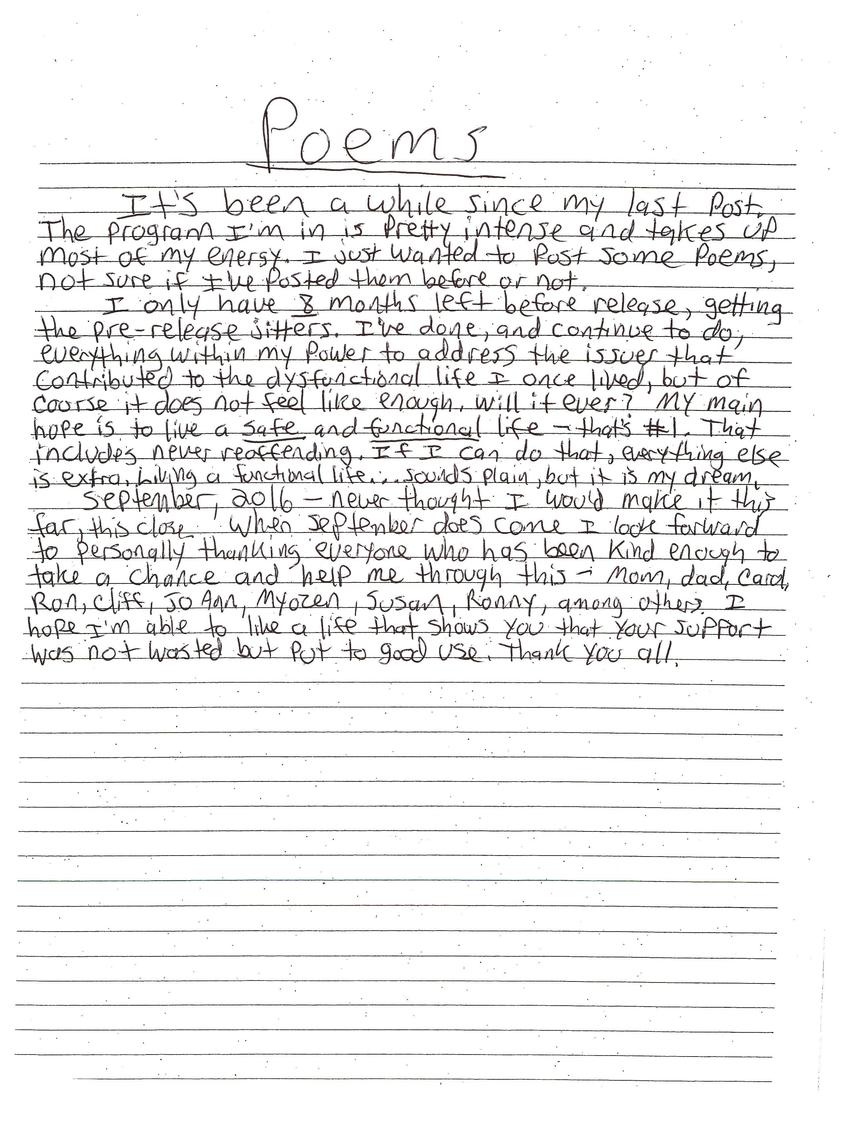 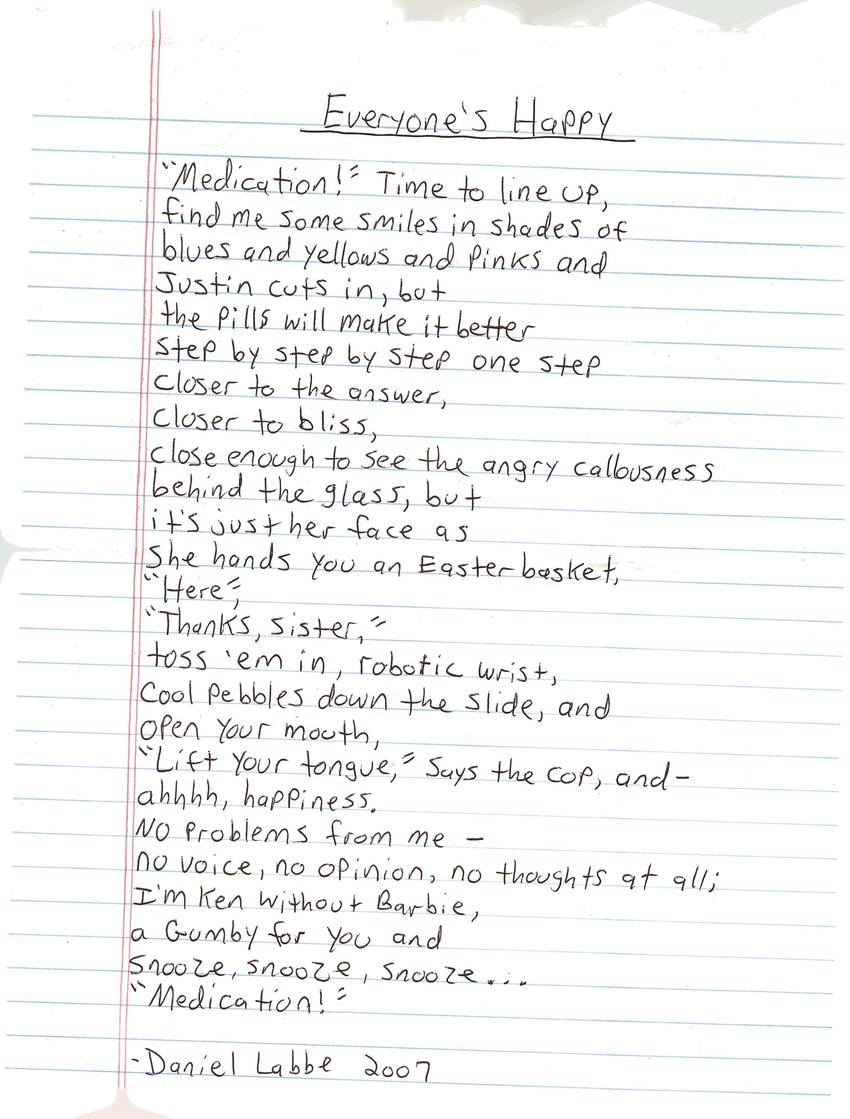 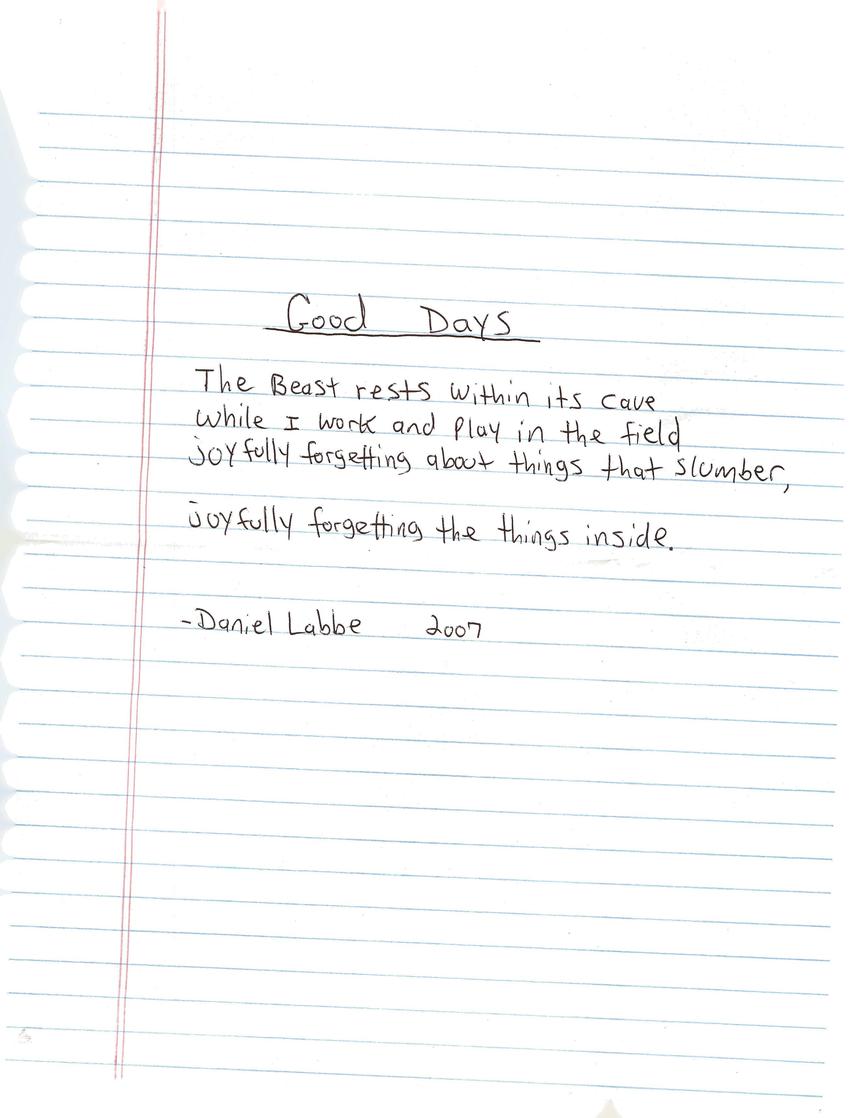 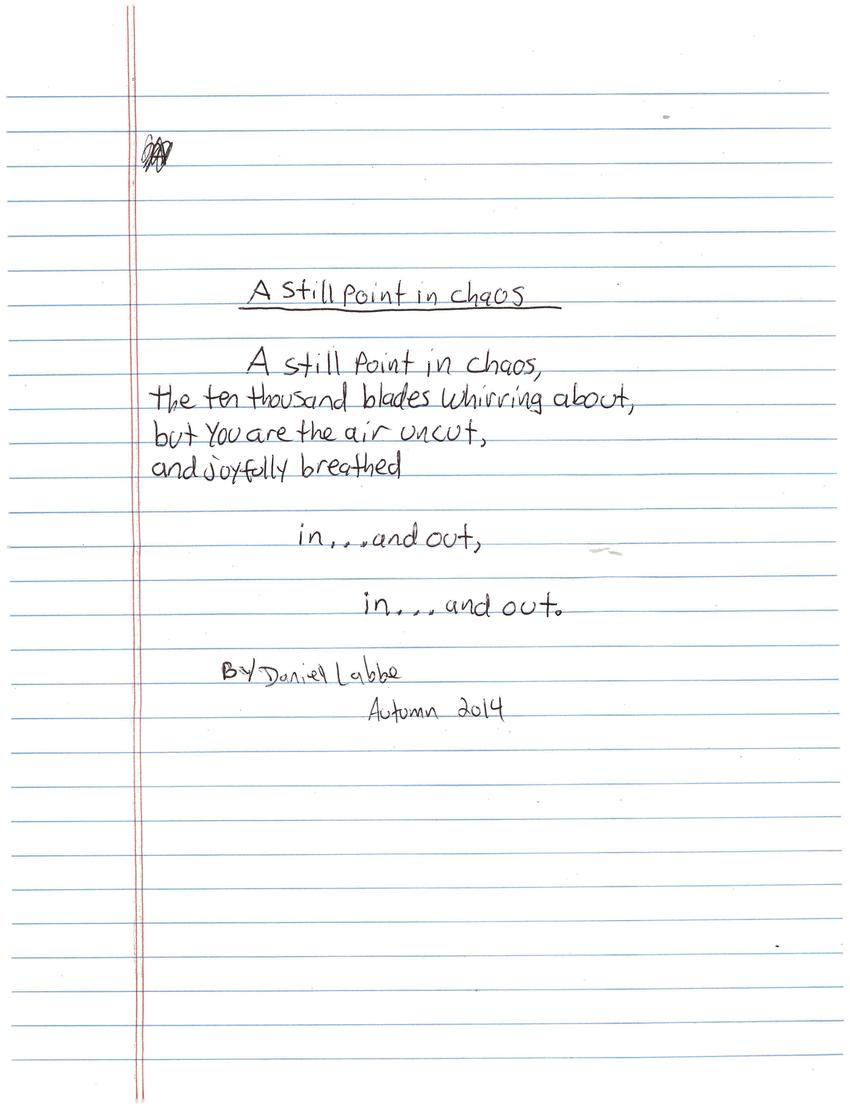 It's been a while since my last post. The program I'm in is pretty intense and takes up most of my energy. I just wanted to post some poems, not sure if I've posted them before or not.

I only have 8 months left before release, getting the pre-release jitters. I've done and continue to do everything within my power to address the issues that contributed to the dysfunctional life I once lived, but, of course, it does not feel like enough. Will it ever? My main hope is to live a safe and functional life—that's #1. That includes never reoffending. If I can do that, everything else is extra. Living a functional life... sounds plain, but it is my dream.

September 2016—never thought I would make it this far, this close! When September does come, I look forward to personally thanking everyone who has been kind enough to take a chance and help me through this—Mom, Dad, Carol, Ron, Cliff, JoAnn, Myozen, Susan, Ronny, among others. I hope I'm able to live a life that shows you that your support was not wasted but put to good use. Thank you all.

Everyone's Happy
"Medication!" Time to line up,
find me some smiles in shades of
blues and yellows and pinks and
Justin cuts in, but
the pills will make it better
step by step by step one step
closer to the answer,
closer to bliss,
close enough to see the angry callousness
behind the glass, but
it's just her face as
she hands you an Easter basket
"Here."
"Thanks, sister."
Toss 'em in, robotic wrist,
cool pebbles down the slide, and
open your mouth,
"Lift your tongue," says the cop, and—
ahhh, happiness.
No problems from me—
no voice, no opinion, no thoughts at all;
I'm Ken without Barbie,
a Gumby for you and
snooze, snooze, snooze...
"Medication!"

Good Days
The beast rests within its cave
While I work and play in the field
joyfully forgetting about things that slumber,

joyfully forgetting the things inside.

A Still Point in Chaos
A still point in chaos,
the ten thousand blades whirring about,
but you are the air uncut,
and joyfully breathed

It is nice to hear from you and that things are going well. Keep working hard - you're doing great! I believe that you have the ability to be safe, functional, and beyond - to works towards peace and happiness, and use those in the challenging re-entry period and blossom in your life.