A Simple Plan for Our Invasion of the Universe 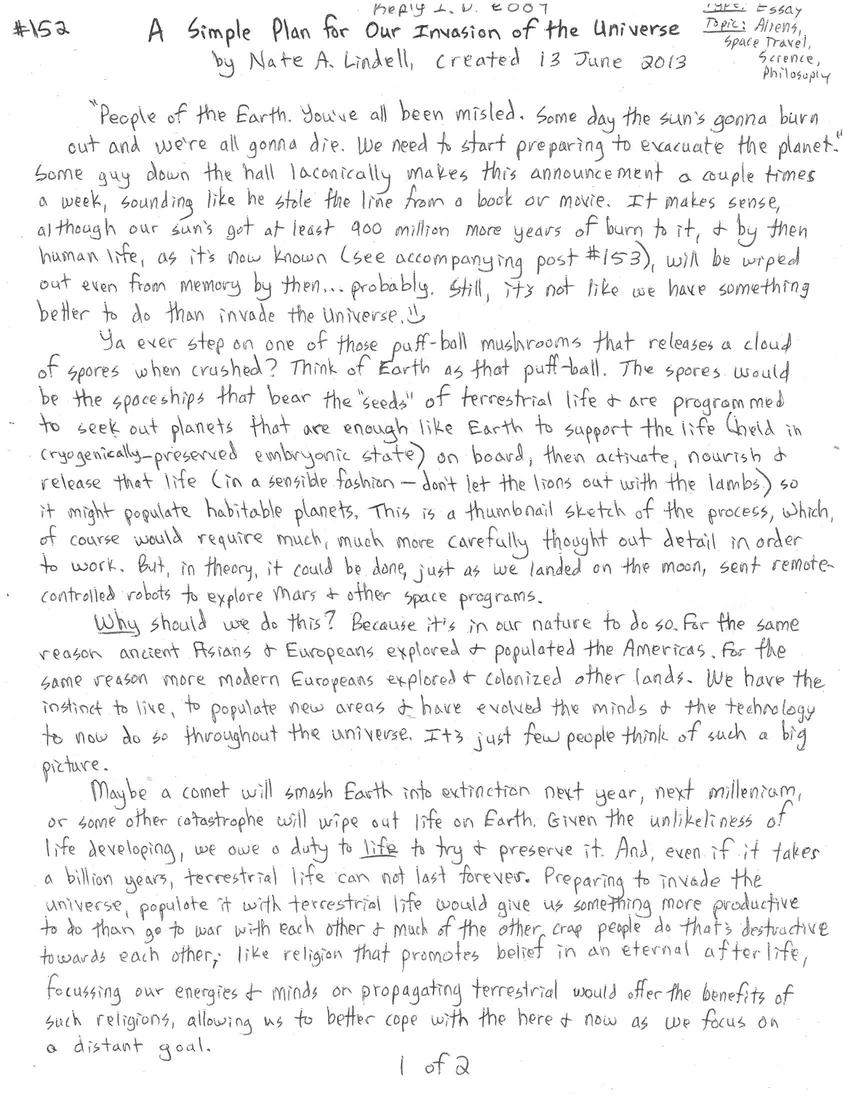 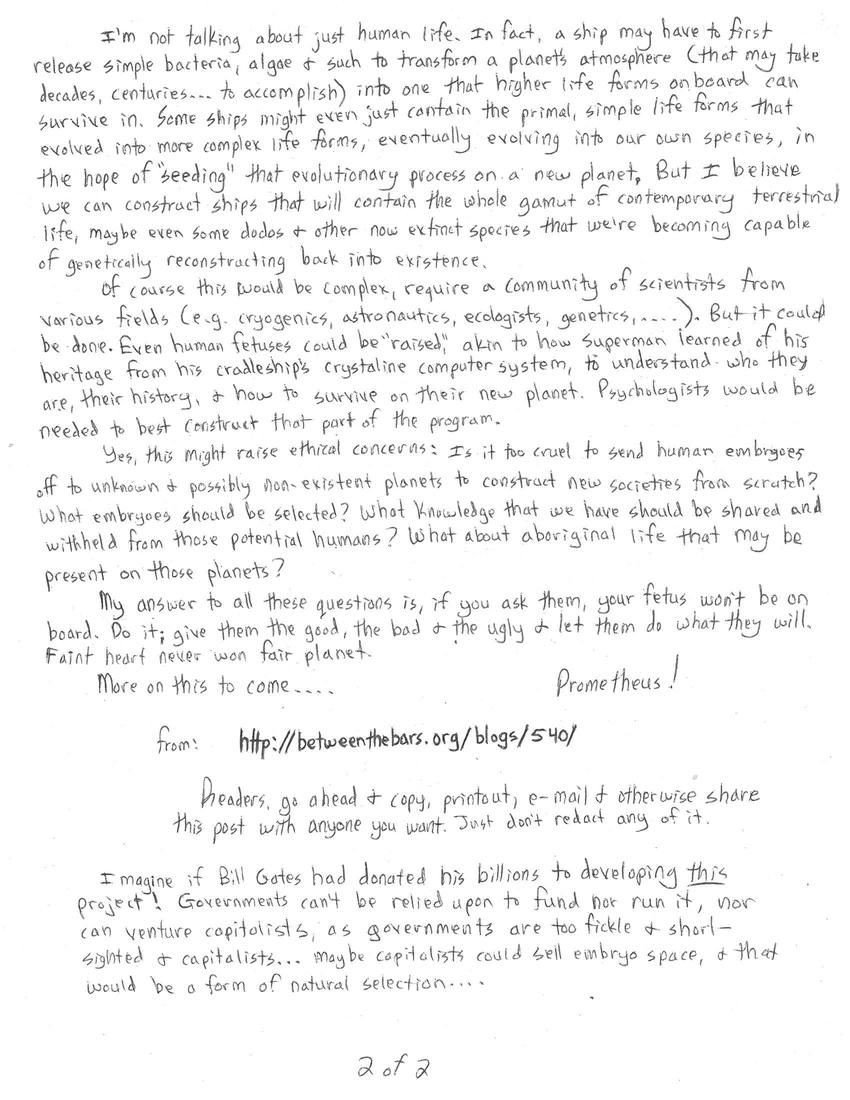 "People of Earth. You've all be misled. Some day the sun's gonna burn out and we're all gonna die. We need to start preparing to evacuate the planet."
Some guy down the hall laconically makes this announcement a couple times a week, sounding like stole the line from a book or movie. It makes sense although our sun's got at least 900 million more years of burn to it, and by then human life, as it's now known (see accompanying post #153), will be wiped out even from memory by then... probably. Still, it's not like we have something better to do than invade the universe. :)

Ya ever step on one of those puff-ball mushrooms that releases a cloud of spores when crushed? Think of Earth as that puff-ball. The spores would be the spaceship that bear the "seeds" of terrestrial life and are programmed to seek out planets that are enough like Earth to support the life (held in cryogenically-preserved embryonic state) on board, then activate, nourish and release that life (in a sensible fashion - don't let the lions out with the lambs.) so it might populate habitable planets. This is a thumbnail sketch of the process, which of course would require much more carefully thought out detail in order to work. But, in theory, it could be done, just as we landed on the moon, sent remote-controlled robots to explore Mars and other space programs.

Why should we do this? Because it's in our nature to do so. For the same reason ancient Asians & Europeans explored and colonized other lands. We have the instinct to live, to populate new areas and have evolved the minds and the technology to now do so throughout the universe. It's just few people think of such a big picture.

Maybe a comet will smash Earth into extinction next year, next millennium or some other catastrophe will wipe out life on Earth. Given the unlikeliness of life developing, we owe a duty to life to try and preserve it. And, even if it takes a billion years, terrestrial life can not last forever. Preparing to invade the universe, populate it with terrestrial life would give us something more productive to do than go to war with each other and much of the other crap people do that's destructive towards each other; like religion that promotes belief in an eternal afterlife, focussing our energies and minds on propagating terrestrial would offer the benefits of such religions, allowing us to better cope with the here and now as we focus on a distant goal.

I'm not talking about just human life. In fact, a ship may have to first release bacteria, algae and such to transform a planet's atmosphere (that may take decades, centuries... to accomplish) into on that higher life forms on board can survive in. Some ships might even just contain the primal, simple life forms that evolved into more complex life forms, eventually evolving into our own species, in the hope of "seeding" that evolutionary process on a new planet. But I believe we can construct ships that will contain the whole gamut of contemporary terrestrial life, maybe even some dodos and other now extinct species that we're becoming capable of genetically reconstructing back into existence.

Of course this would be complex, require a community of scientists form various fields (e.g. cryogenics, astronautics, ecologists, genetics...), but it could be done. Even human foetuses could be "raised" akin to how superman learned of his heritage from his cradleships crystaline computer system, to understand who they are, their history and how to survive on their new planet. Psychologists would be needed to best construct that part of the program.

Yes, this might raise ethical concerns: is it cruel to send human embryos off to unknown and possibly non-existent planets to construct new societies from scratch? What embryos should be selected? What knowledge that we have should be shared and withheld from those potential humans? What about aboriginal life that may be present on those planets?

My answer to all these questions is, if you ask them, your foetus won't be on board. Do it; give them the good, the bad & the ugly and let them do what they will. Faint heart never won fair planet.
More on this to come.... Prometheus!

Readers, go ahead and copy, print out, email and otherwise share this post with anyone you want. Just don't redact any of it.
Imagine if Bill Gates had donated his billions to developing this project! Governments can't be relied upon to fund nor run it, nor can venture capitalists, as governments are too fickle and short sighted & capitalists.... maybe capitalists could sell embryo space and that would be a form of natural selections....