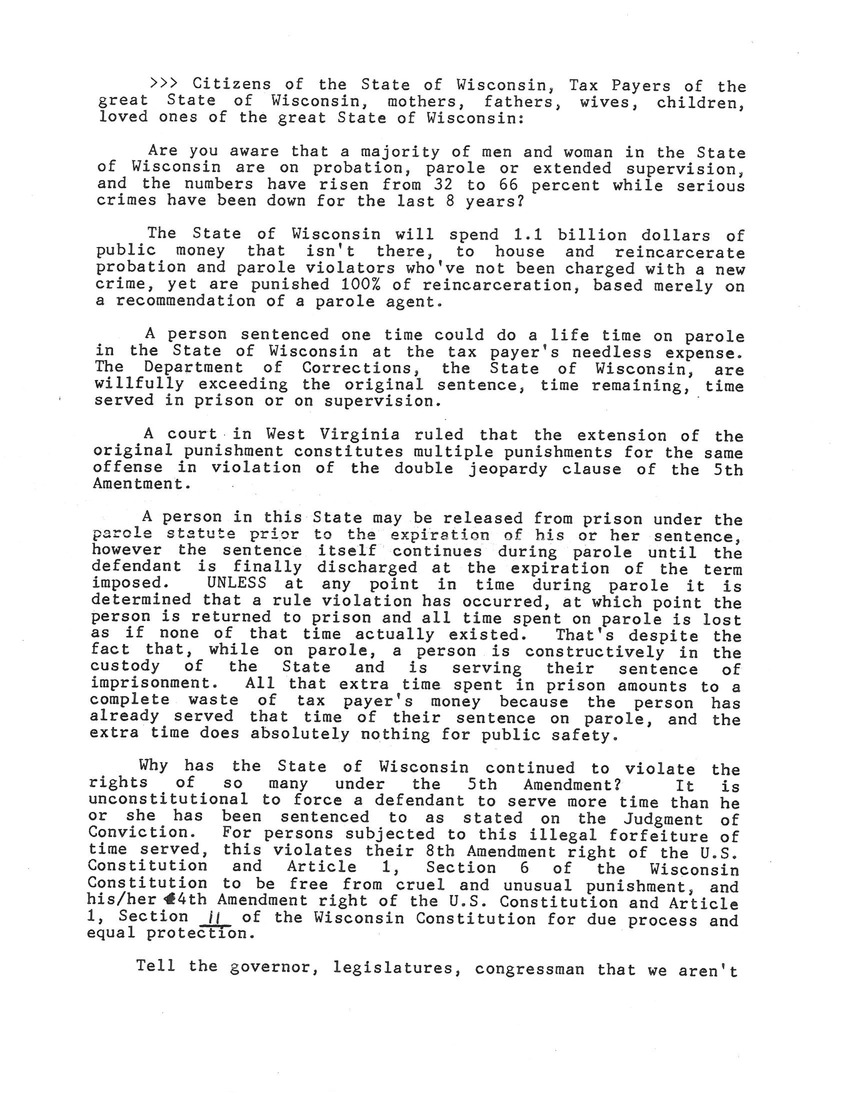 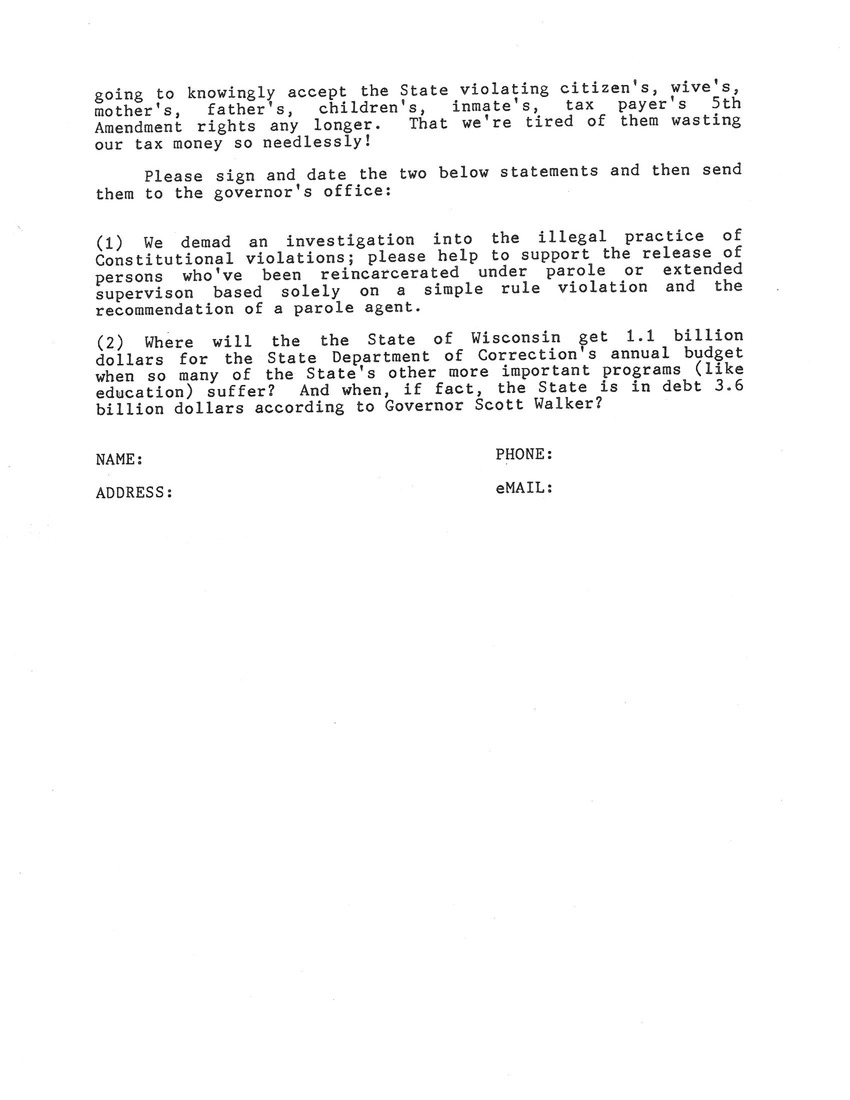 Are you aware that a majority of men and woman in the State
of Wisconsin are on probation, parole or extended supervision,
and the numbers have risen from 32 to 66 percent while serious
crimes have been down for the last 8 years?

The State of Wisconsin will spend 1.1 billion dollars of
public money that isn't there, to house and re incarcerate
probation and parole violators who've not been charged with a new
crime, yet are punished 100% of re incarceration, based merely on
a recommendation of a parole agent.

A court in West Virginia ruled that the extension of the
original punishment constitute multiple punishments for the same
offense in violation of the double jeopardy clause of the 5th
Amendment.

A person in this State may be released from prison under the
parole statute prior to the expiration of his or her sentence,
however the sentence itself continues during parole until the
defendant is finally discharged at the expiration of the term
determined that a rule violation has occurred, at which point the
person is returned to prison and all time spend on parole is lost
as if none of that time actually existed. That's despite the
fact that, while on parole, a person is constructively in the
custody of the State and is serving their sentence of
imprisonment. All that extra time in prison amounts to a
complete waste of tax payer's money because the person has
already served that time of their sentence on parole, and the
extra time does absolutely nothing for public safety.

Why has the State of Wisconsin continued to violate the
rights of so many under the 5th Amendment? It is
unconstitutional to force a defendant to serve more time than he
or she has been sentenced to as stated on the Judgment of
Conviction. For persons subjected to this illegal forfeiture of
time served, this violates their 8th Amendment right of the U.S.
Consitiution and Article 1, Section 6 of the Wisconsin
Constitution to be free from cruel and unusual punishment, and
his/her 4th Amendment right of the U.S. Constitution for due process and
equal protection.

Please sign and date the two below statements and then send
them to the governor's office:

(1) We demand an investigation into the illegal practice of
Constitutional violations; please help to support the release of
supervision based solely on a simple rule violation and the
recommendation of a parole agent.

(2) Where will the State of Wisconsin get 1.1 billion
dollars for the State Department of Correction's annual budget
when so many of the State's other more important programs (like
education) suffer? And when, in fact, the State is in debt 3.6
billion dollars according to Governor Scott Walker?