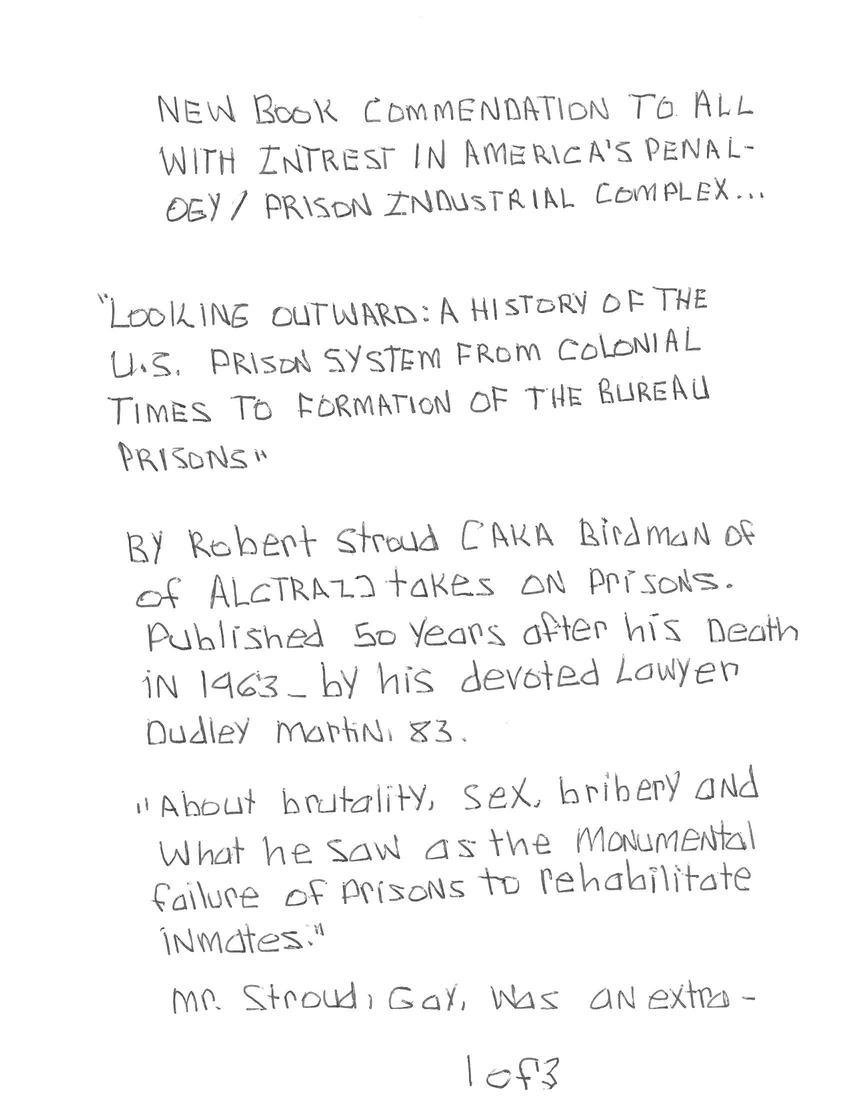 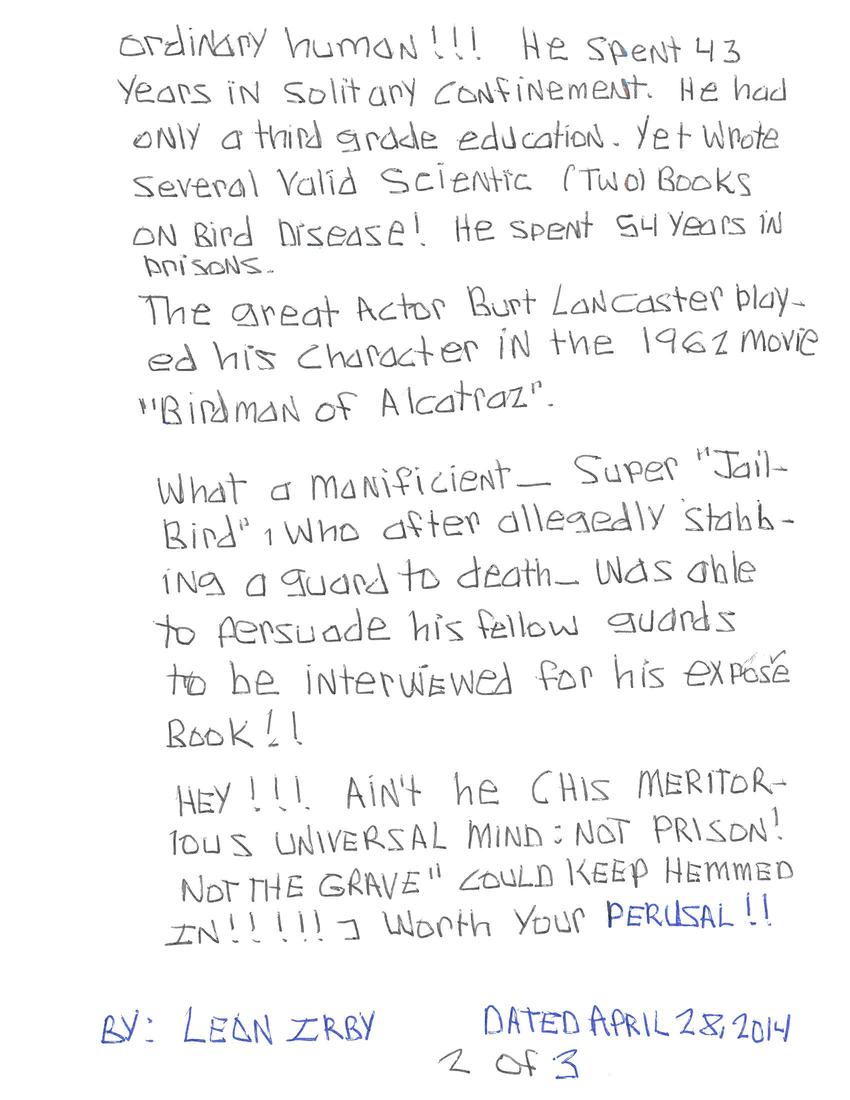 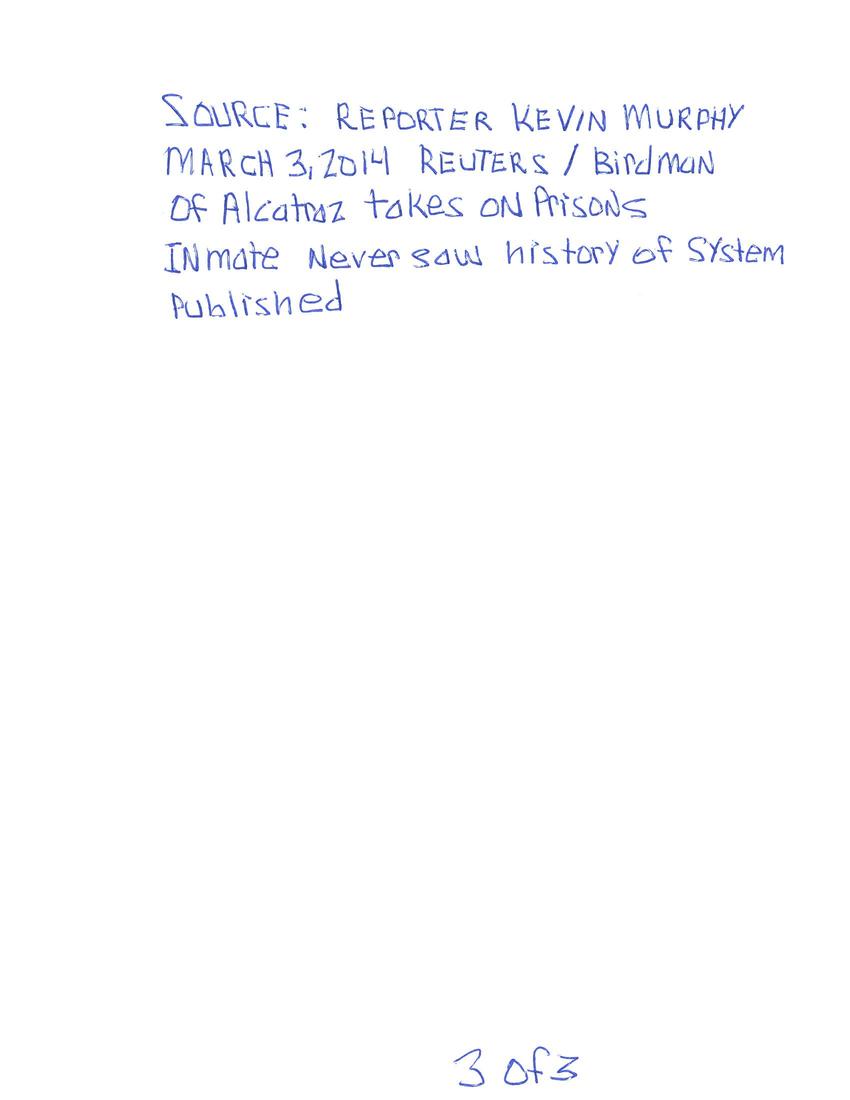 New Book Commendation to all with interrest in America's Penalogy / Prison Industrial Complex...

"Looking outward: a history of the U.S prison system from colonial times to formation of the bureau prisons" by Robert Stroud (aka Birdman of Alcatraz) takes on prisons. Published 50 years after his death in 1963, by his devoted lawyer Dudley Martin 83.

"About brutality, sex, bribery and what he saw as the monumental failure of prisons to rehabilitate inmates."

Mr Stroud, gay, was an extraordinary human!!! He spend 43 years in solitary confinement. He had only a third grade education. Yet wrote several valid scientific (two) books on bird disease! He spent 54 years in prisons. The great actor Burt Lancaster played his character in the the 1962 movie "Birdman of Alcatraz"

What a magnificient Super "Jail Bird" who after allegedly stabbing a guard to death, was able to persuade his fellow guards to be interviewed for his exposé book.

Hey!! Ain't he Chris Meritorous Universal Mind: not prison! Not the Grave" Could keep hemmed in !!! I worth your perusal !!

I went on to read the article on Robert Stroud on Wikipedia a found it very interesting.
(scanned reply – view as blog post)
uploaded June 24, 2014.  Original (PDF) 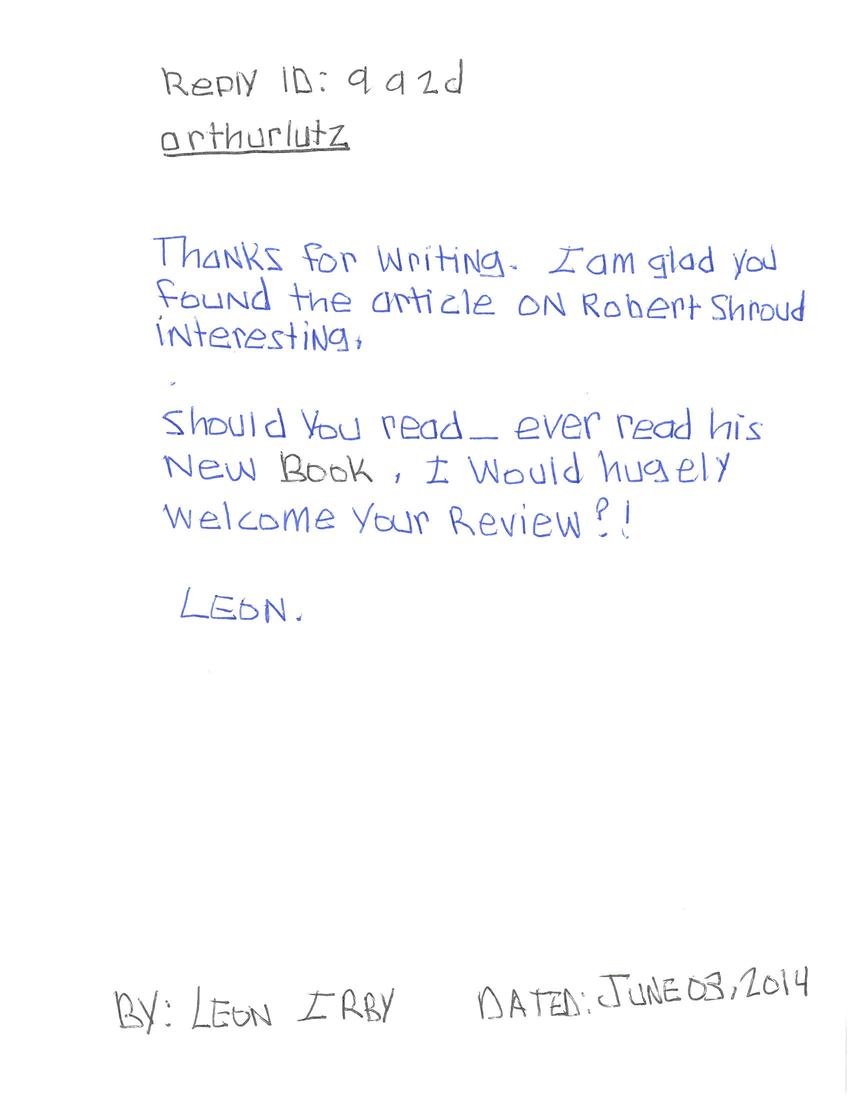