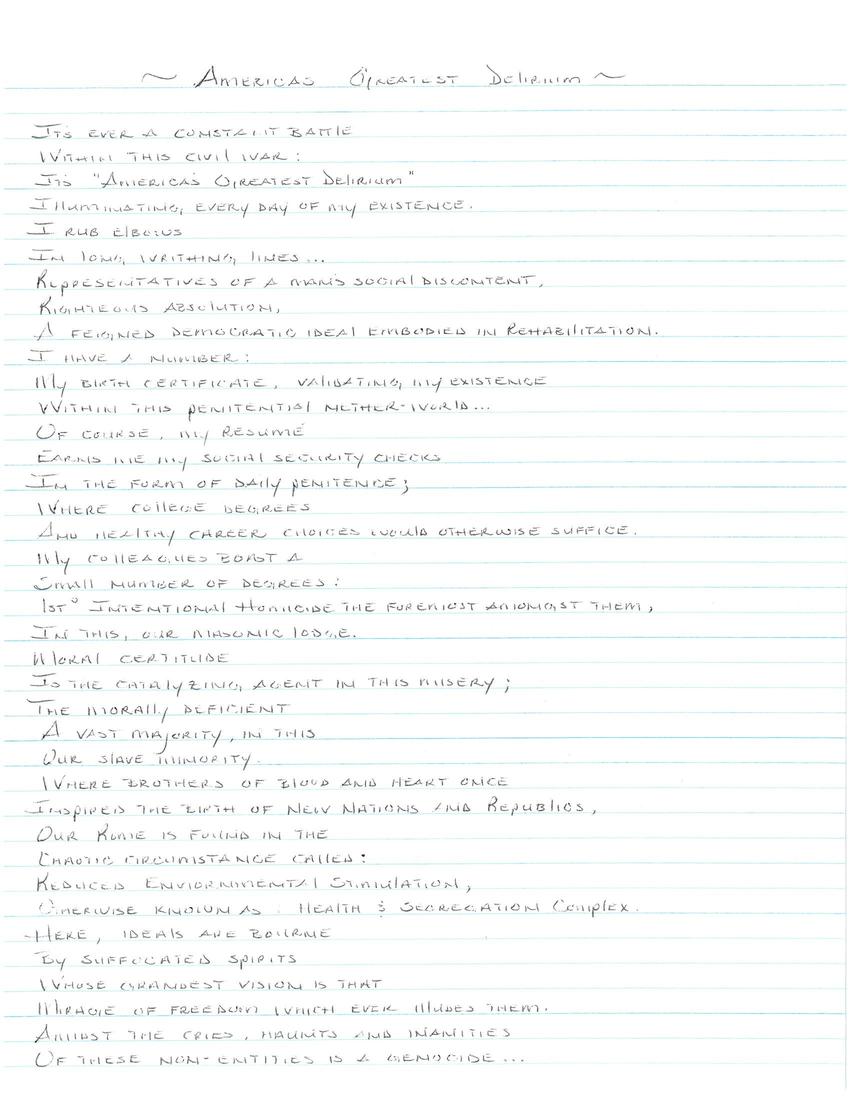 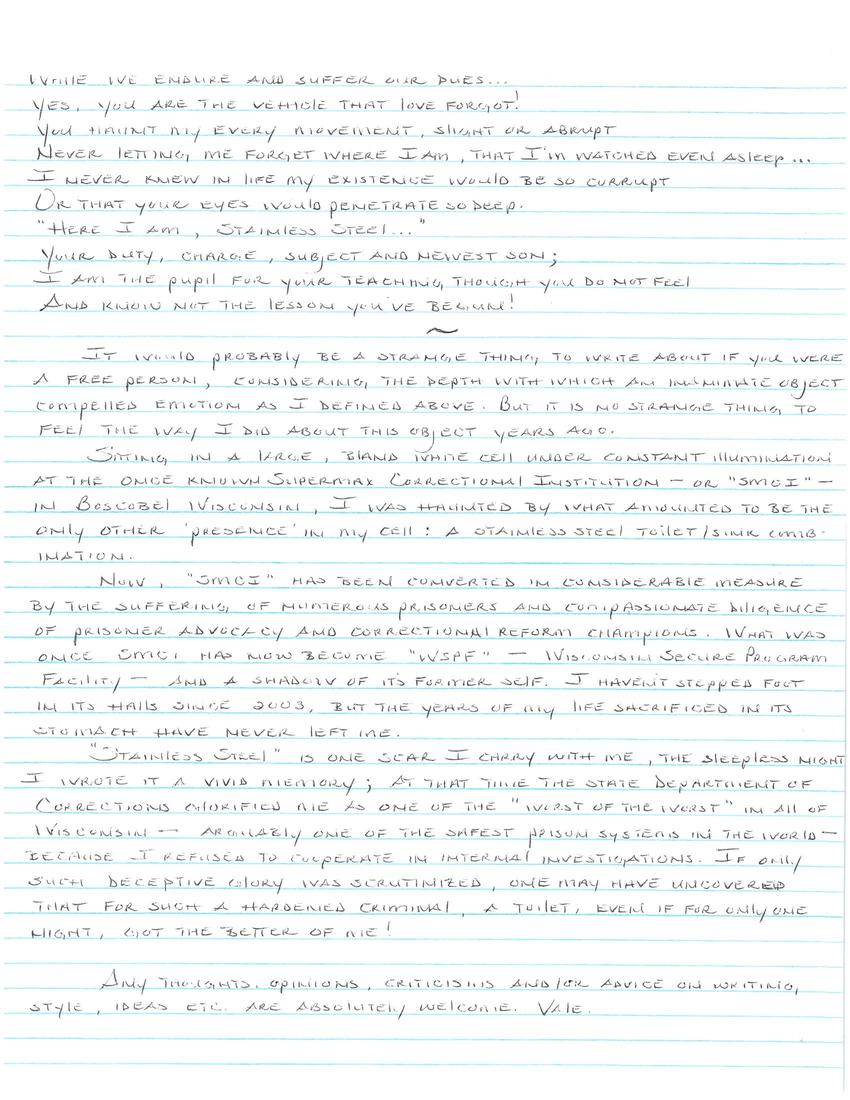 It's ever a constant battle
Within this civil war
It's America's greatest delirium
Illuminating every day of my existence
I rub elbows
In long writhing lines
Representatives of a man's social discontent
Righteous absolution
A feigned democratic ideal embodied in rehabilitation
I have a number
My birth certificate validating my existence
Within this penitentiary netherworld
Of course, my resume
Earns me my social security checks
In the form of daily penitence
Where college degrees
And healthy career choices would otherwise suffice
My colleagues boast a
Small number of degrees
First intentional homicide the foremost amongst them
In this, our masonic lodge
Moral certitude
Is the catalyzing agent in this misery
The morally deficient
A vast majority in this
Our slave minority
Where brothers of blood and heart once
Inspired the birth of new nations and republics
Our Rome is found in the
Chaotic circumstance called
Reduced environmental stimulation
Otherwise known as health and segregation complex
Here, ideals are bourne
By suffocated spirits
Whose greatest vision is that
Mirage of freedom which ever eludes them
Amidst the cries haunts and inanities
Of these non-entities is a genocide
Which we endure and suffer our dues
Ye,s you are the vehicle that love forgot!
You haunt my every movement, slight or abrupt
Never letting me forget where I am that I'm watched even asleep
I never knew in life my existence would be so corrupt
Or that your eyes would penetrate so deep
"Here I am, stainless steel..."
Your duty, charge, subject and newest son
I am the pupil for your teaching though you do not feel
And know not the lesson you've begun!

It would probably be a strange thing to write about if you were a free person, considering the depth with which an inanimate object compelled emotion as I defined above. But it is no strange thing to feel the way I did about this object years ago.

Sitting in a large, bland white cell under constant illumination at the once known Supermax Correctional Institution (SMCI) in Boscobel, Wisconsin. I was haunted by what amounted to be the only other presence in my cell: a stainless steel toilet/sink combination.

Now, SMCI has been converted in considerable measure by the suffering of numerous prisoners and compassionate diligence of prisoner advocacy and correctional reform champions. What was once SMCI has now become WSPF, Wisconsin Secure Program Facility, and a shadow of its former self. I haven't stepped foot in its halls since 2003, but the years of my life sacrificed in its stomach has never left me.

"Stainless steel" is one scar I carry with me, the sleepless night I wrote it as a vivid memory. At that time, the state Department of Corrections glorified me as one of the "worst of the worst" in all of Wisconsin, arguably one of the safest prison systems in the world, because I refused to cooperate in internal investigations. If only such deceptive glory was scrutinized. One may have uncovered that for such a hardened criminal, a toilet, even if for only one night, got the better of me!