A Different Kind Of War 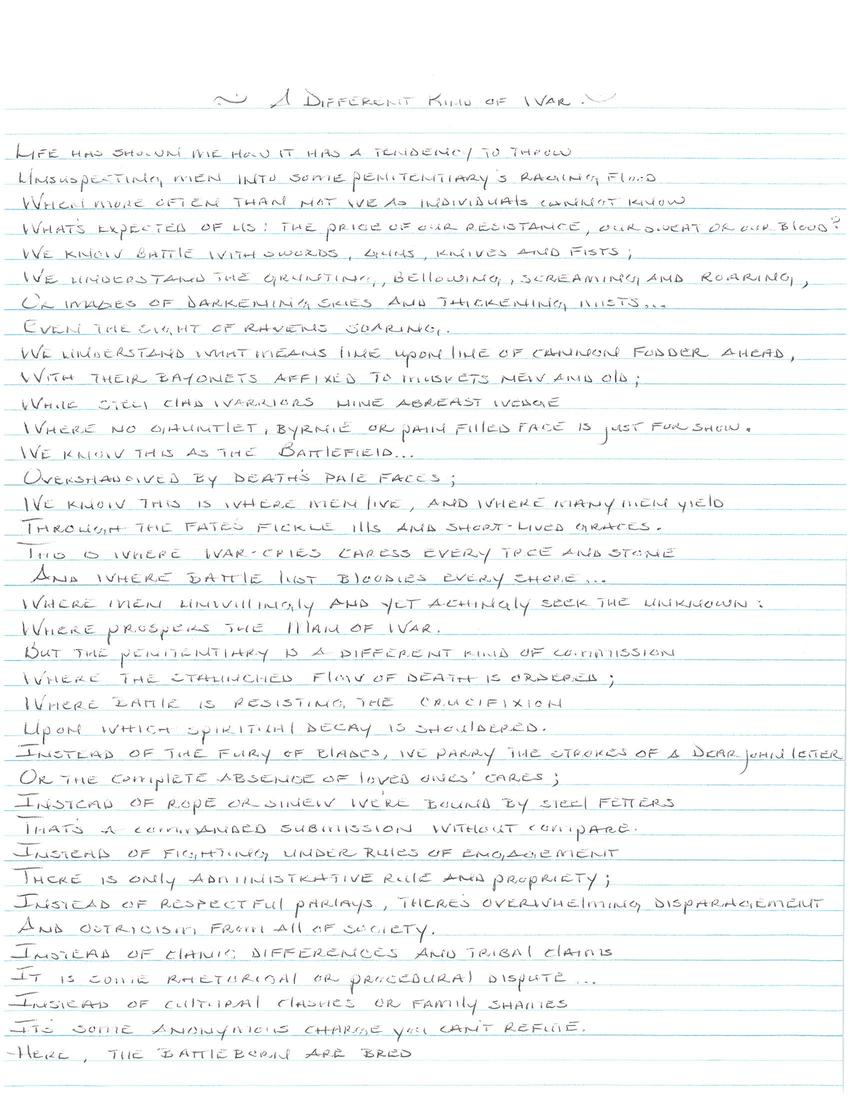 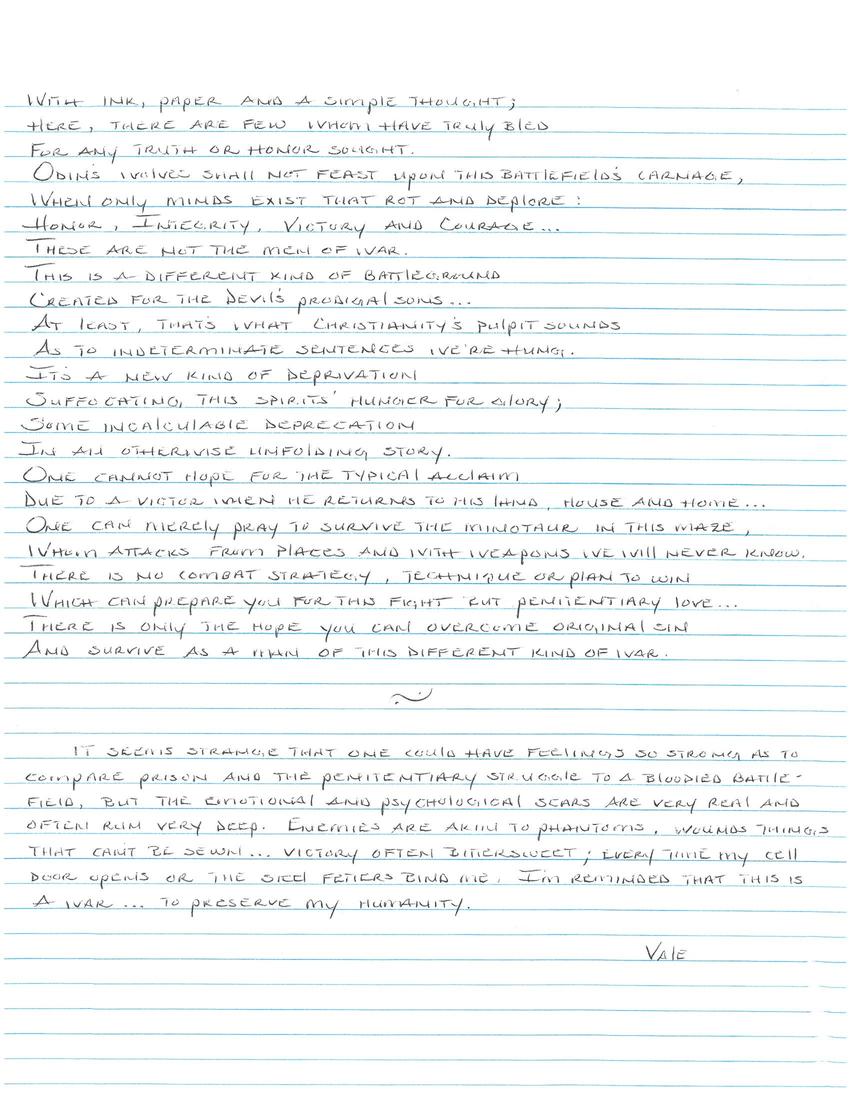 A Different Kind of War

Life has shown me how it has a tendency to throw
Unsuspecting men into some penitentiary's raging flood
Where more often than not we as individuals cannot know
What's expected of us! The price of our resistance, our sweat, or our blood?
We know battle with swords, guns, knives, and fists
We understand the grunting, bellowing, screaming, and roaring
Or images of darkening skies and thickening mist
Even the sight of ravens soaring
We understand what means time upon time of cannon fodder ahead
With their bayonets affixed to invest new and old
While steel clad warriors, nine abreast in cage
Where no gauntlet, byrimie or pain filled face is just for show
We know this as the battlefield
Overshadowed by death's pale faces
We know this is where men live, and where many men yield
Through the fate's fickle ills and short-lived graces
This is where battlelust bloodies every shore
Where then unwillingly and yet achingly seek the unknown
Where prospers the Illiam of Ivar
But the penitentiary is a different kind of commission
Where the staunched flow of death is ordered
Where Damir is resisting the crucifixion
Upon which spiritual decay is shouldered
Instead of the fury of Elades, we parry the strokes of a dear John letter
Or the complete absence of loved ones' cares
Instead of rope or sinew, we're bound by steel fetters
That's a commanded submission without compare
There is only administrative rule and propriety
Instead of respectful pariays, there's overwhelming disparagement
And ostracism from all of society
Instead of clan differences and tribal claims
It is come rhetorical or procedural dispute
Instead of cultural clashes or family shames
It's some anonymous charge you can't refuse
Here, the battle bears are bread
With ink, paper, and a simple thought
Here, there are few whom have truly bled
For any truth or honor sought
Odin's wolves shall not feast upon this battlefield's carnage
When only minds exist that rot and deplore
Honor, integrity, victory, and courage
These are not men of war
This is a different kind of battleground
Created for the devil's prodigal sons
At least, that's what Christianity's pulpit sounds
As to indeterminate sentences we're hung
It's a new king of deprivation
Suffocating this spirit's hunger for glory
Some immaculate deprecation
In an otherwise unfolding story
One cannot hope for the typical acclaim
Due to a victor when he returns to his land, house, and home
One can merely pray to survive the minotaur in this maze
Whom attacks from places and with weapons we will never know
There is no combat strategy, technique or plan to win
Which can prepare you for this fight cut penitentiary love
There is only the hope you can overcome original sin
And survive as a man of this different kind of war

It seems strange that one could have feelings so strong as to compare prison and the penitentiary struggle to a bloody battlefield. But the emotional and psychological scars are very real and often run very deep. Enemies are akin to phantoms, wounds are things that can't be seen. Victory often bittersweet. Every time my cell door opens or the steel fetters bind me, I'm reminded that this is a war... to preserve my humanity.