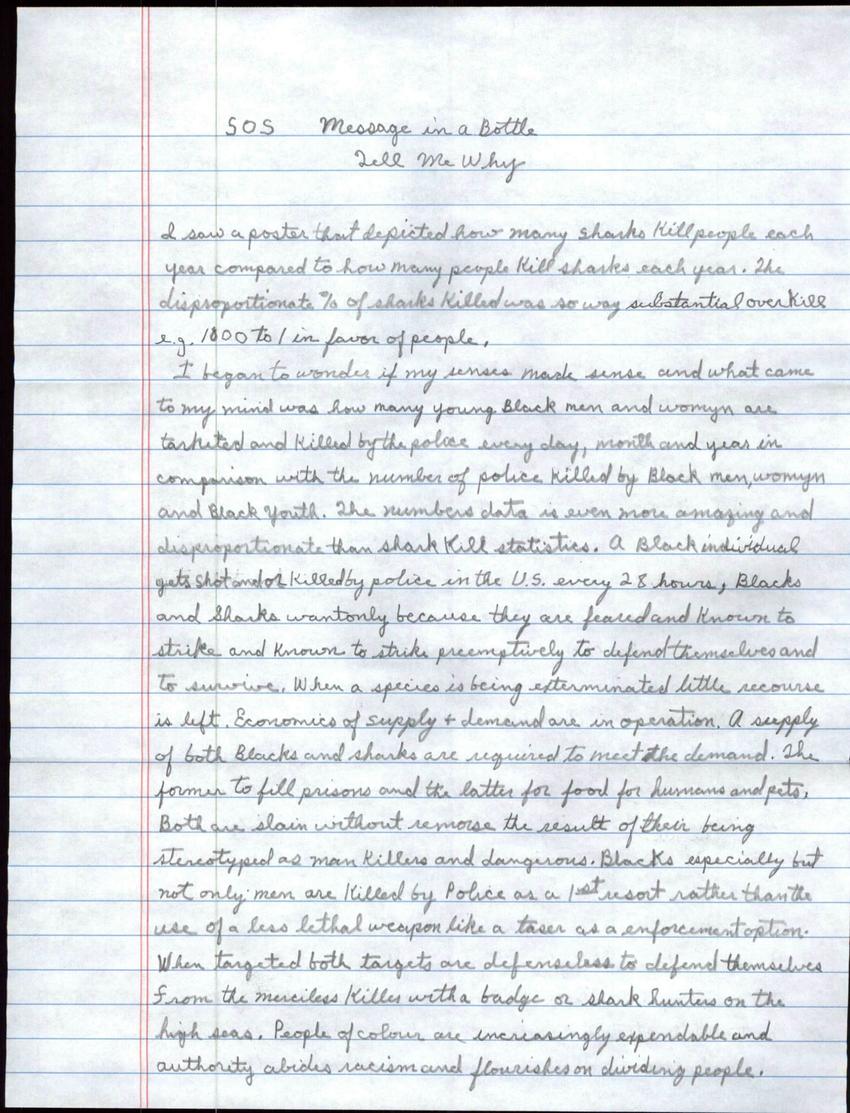 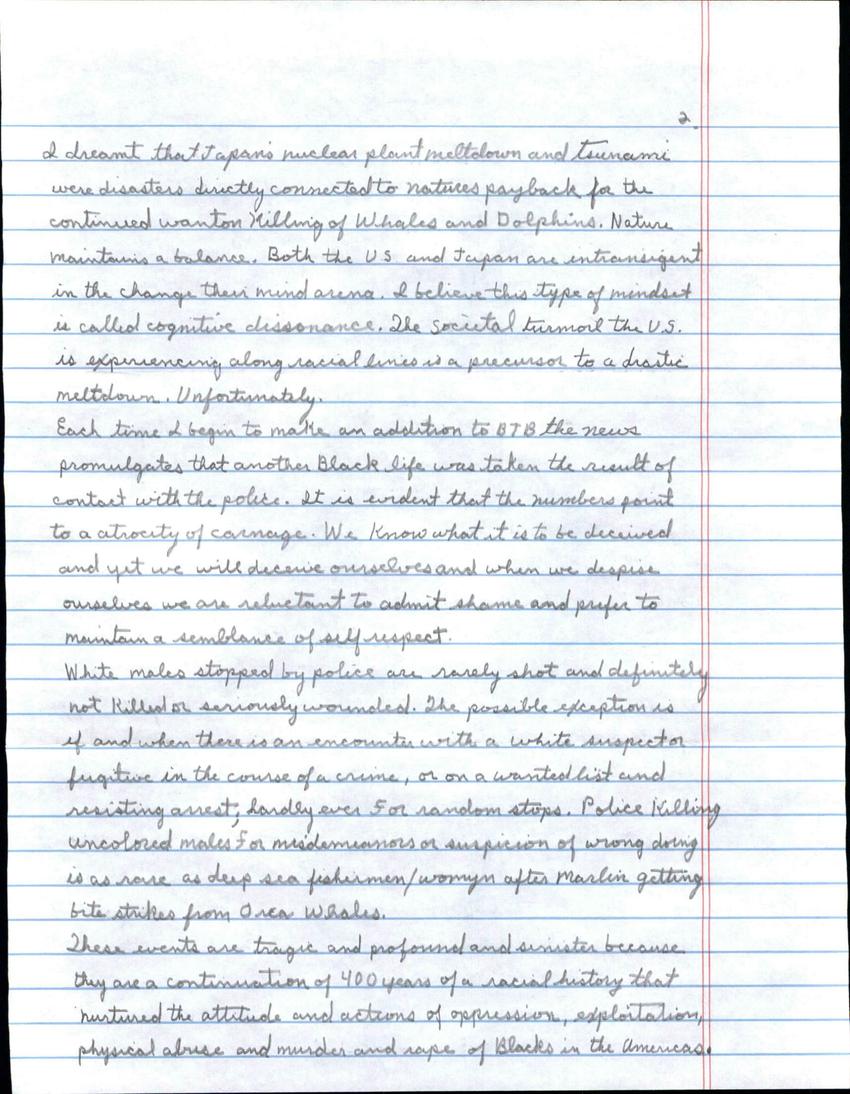 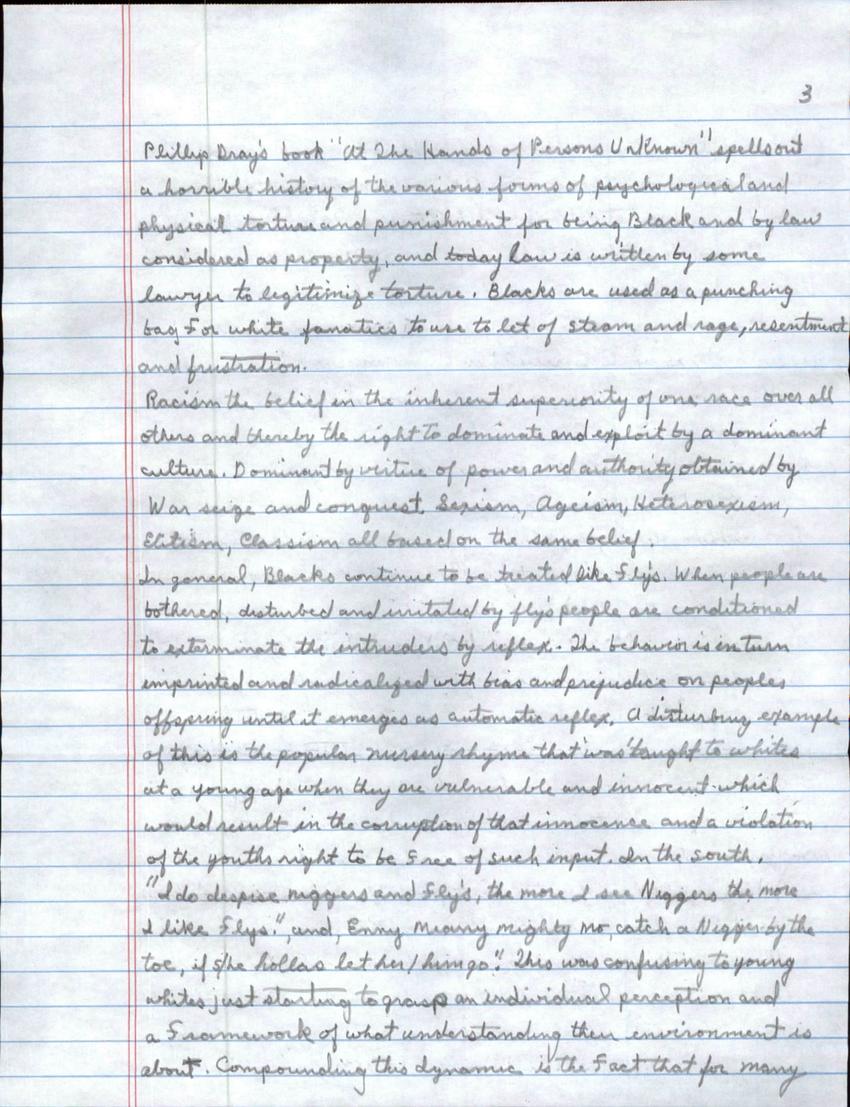 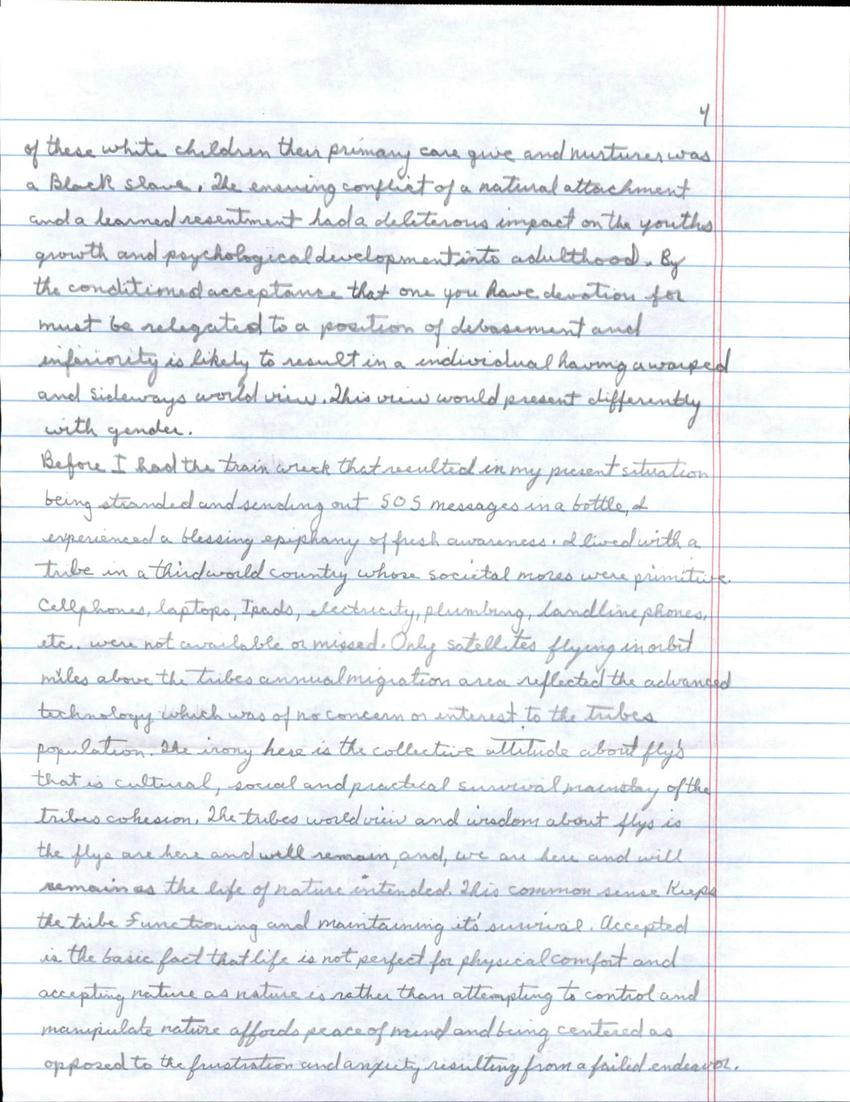 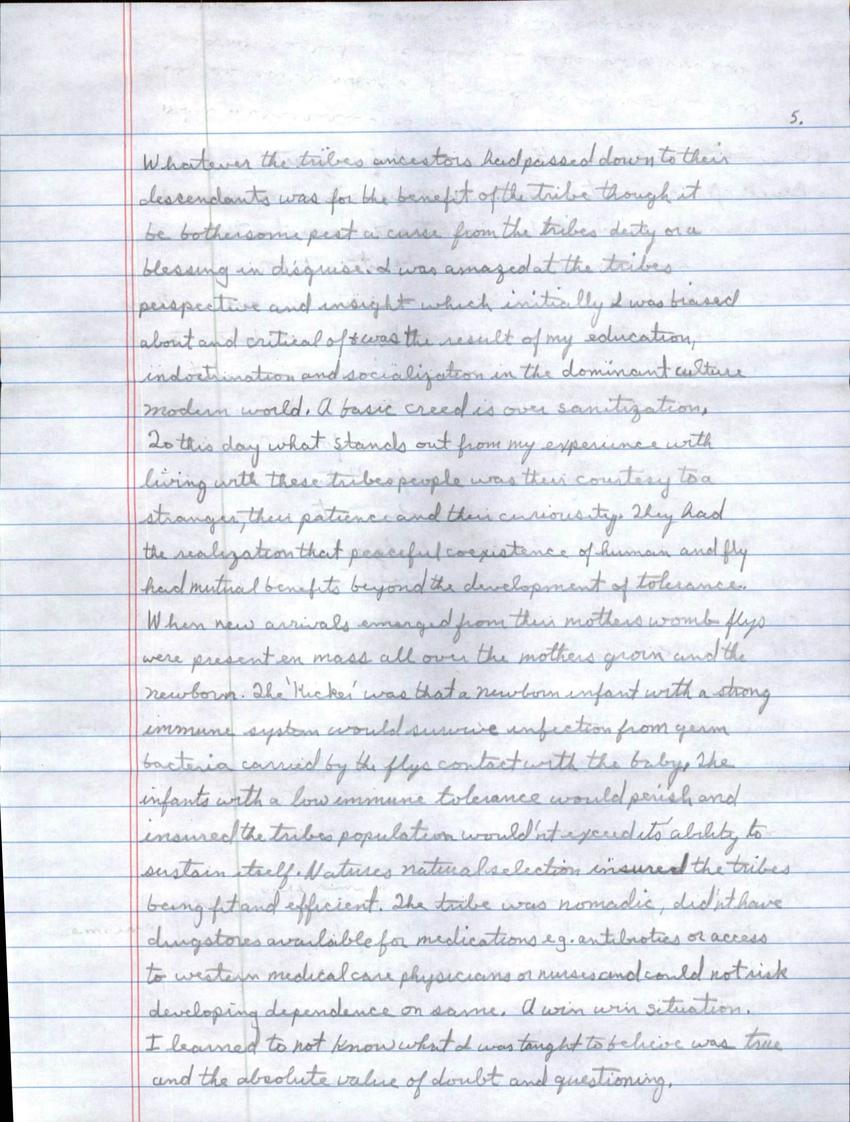 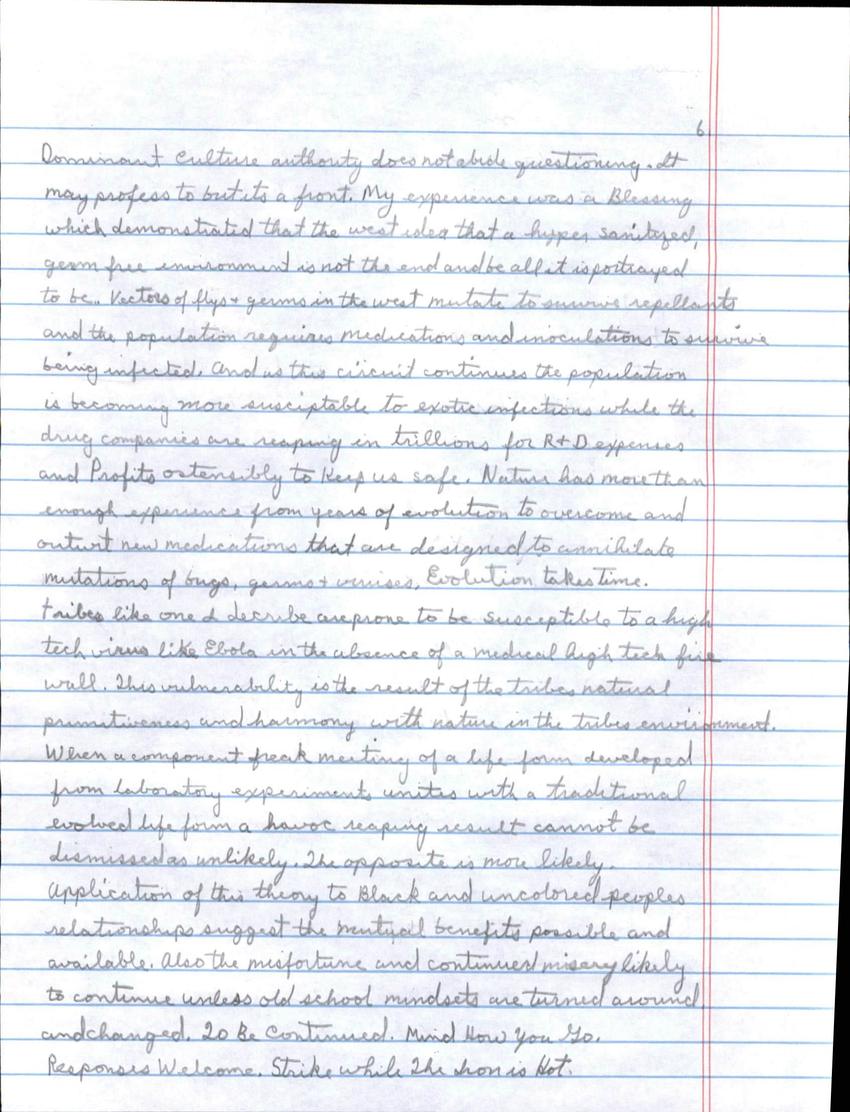 SOS - Message In A Bottle
Tell Me Why

I saw a poster that depicted how many sharks kill people each year compared to how many people kill sharks each year. The disproportionate percentage of sharks killed was so way substantial overkill e.g. 1,800 to 1 in favor of people.
I began to wonder if my senses made sense, and what came to my mind was how many young Black men and womyn are tortured and killed by the police every day, month and year in comparison with the number of police killed by Black men, womyn and Black youth. The numbers data is even more amazing and disproportionate than shark kill statistics. A Black individual gets shot and/or killed by police in the US every 28 hours, Blacks and sharks wantonly because they are feared and known to strike and known to strike preemptively to defend themselves and to survive. When a species is being exterminated, little recourse is left. Economics of supply and demand are in operation. A supply of both Blacks and sharks is required to meet the demand. The former to fill prisons, and the latter for food for humans and pets.

Both are slain without remorse, the result of their being stereotyped as man-killers and dangerous. Blacks especially but not only men are killed by police as a first resort, rather than the use of a less lethal weapon like a taser as an enforcement option.
When targeted, both targets are defenseless to defend themselves from the merciless killer with a badge, or shark hunters on the high seas. People of color are increasingly expendable and authority abides racism and flourishes on dividing people.

I dreamt that Japan's nuclear plant meltdown and tsunami were disasters directly connected to nature's payback for the continued wanton killing of whales and dolphins. Nature maintains a balance. Both the US and Japan are intransigent in the change-their-mind arena. I believe this type of mindset is called cognitive dissonance. The societal turmoil the US is experiencing along racial lines is a precursor to a drastic meltdown. Unfortunately.

Each time I begin to make an addition to BTB the news promulgates that another black life was taken, the result of contact with the police. It is evident that the numbers point to an atrocity of carnage. We know what it is to be deceived and yet we will deceive ourselves, and when we despise ourselves we are reluctant to admit shame and prefer to maintain a semblance of self-respect.

White males stopped by police are rarely shot and definitely not killed or seriously wounded. The possible exception is if and when there is an encounter with a white suspect or fugitive in the course of a crime, or on a wanted list and resisting arrest; hardly ever for random stops. Police killing uncolored males for misdemeanors or suspicion of wrongdoing is as rare as deep sea fishermen/womyn after Marlin getting bite strikes from Orca whales.

These events are tragic and profound and sinister because they are a continuation of 400 years of a social history that nurtured the attitude and actions of oppression, exploitation, physical abuse, and murder and rape of Blacks in the Americas.

Philip Dray's book "At The Hands Of Persons Unknown" spells out a horrible history of the various forms of psychological and physical torture and punishment for being Black and, by law, considered as property, and today law is written by some lawyer to legitimize torture. Blacks are used as a punching bag for white fanatics to use to let off steam and rage, resentment and frustration.

Racism: the belief in the inherent superiority of one race over all others, and thereby the right to dominate and exploit by a dominant culture. Dominant by virtue of power and authority obtained by war, siege and conquest, sexism, ageism, heterosexism, elitism, classism, all based on the same belief.
In general, Blacks continue to be treated like flies. When people are bothered, disturbed and irritated by flies, people are conditioned to exterminate the intruders by reflex. The behavior is in turn imprinted and radicalized with bias and prejudice on people's offspring until it emerges as automatic reflex. A disturbing example of this is the popular nursery rhyme that WAS taught to whites at a young age when they are vulnerable and innocent, which would result in the corruption of that innocence and a violation of the youth's right to be free of such input. In the south, "I do despise niggers and flies, the more I see niggers, the more I like flies." And "Eeny Meeny Miny Mo, catch a nigger by the toe. If s/he hollers let him/her go." This was confusing to young whites just starting to grasp an individual perception and a framework of what understanding their environment is about. Compounding this dynamic is the fact that for many

of these white children, their primary care giver and nurturer was a Black slave. The ensuing conflict of a natural attachment and a learned resentment had a deleterious impact on the youths' growth and psychological development into adulthood. By the conditioned acceptance that [the?] one you have devotion for must be relegated to a position of debasement and inferiority is likely to result in an individual having a warped and sideways world view. This view would present differently with gender.

Before I had the train wreck that resulted in my present situation being stranded and sending out SOS messages in a bottle, I experienced a blessing epiphany of fresh awareness. I lived with a tribe in a third world country whose societal mores were primitive. Cellphones, laptops, iPads, electricity, plumbing, landline phones etc. were not available or missed. Only satellites flying in orbit miles above the tribe's annual migration area reflected the advanced technology which was of no concern or interest to the tribe's population. The irony here is the collective attitude about flies that is cultural, social and practical survival mainstay of the tribe's cohesion. The tribe's world view and wisdom about flies is the flies are here and will remain, and we are here and will remain as the life of nature intended. This common sense keeps the tribe functioning and maintaining its survival. Accepted is the basic fact that life is not perfect for physical comfort, and that manipulating nature affords peace of mind and being centered, as opposed to the frustration and anxiety resulting from a failed endeavor.

Whatever the tribes' ancestors had passed down to their descendants was for the benefit of the tribe though it be a bothersome pest, a curse from the tribe's duty, or a blessing in disguise. I was amazed at the tribe's perspective and insight, which initially I was biased about and critical of and was the result of my education, indoctrination and socialization in the dominant culture modern world. A basic creed is over sanitization. To this day, what stands out from my experience with living with these tribes people was their courtesy to a stranger, their patience and their curiosity. They had the realization that peaceful coexistence of human and fly had mutual benefits beyond the development of tolerance.
When new arrivals emerged from their mother's womb, flies were present en masse all over the mother's groin and the newborn. The 'kicker' was that a newborn infant with a strong immune system would survive infection from germ bacteria carried by the flies' contact with the baby. The infants with a low immune tolerance would perish and insured the tribe's population wouldn't exceed its ability to sustain itself. Nature's natural selection insured the tribes being fit and efficient. The tribe was nomadic and didn't have drugstores available for medications e.g. antibiotics or access to Western medical care, physicians or nurses, and could not risk developing dependence on the same. A win-win situation.

I learned to not know what I was taught to believe was true, and the absolute value of doubt questioning.

Dominant culture authority does not abide questioning. It may profess to, but it's a front. My experience was a blessing that demonstrated that the West idea of a hyper-sanitized germ-free environment is not the end- and be-all it is portrayed to be. Vectors of flies and germs in the West mutate to survive repellents, and the population requires medications and inoculations to survive being infected. And as this circuit continues the population is becoming more susceptible to exotic infections, while the drug companies are reaping in trillions for R+D expenses and profits ostensibly to keep us safe. Nature has more than enough experience from years of evolution to overcome and outwit new medications that are designed to annihilate mutations of bugs, germs and viruses. Evolution takes time.
Tribes like one I describe are prone to be susceptible to a high tech virus like Ebola in the absence of a medical high tech firewall. This vulnerability is the result of the tribe's natural primitiveness and harmony with nature in the tribe's environment.

When a component freak mutiny [muting?] of a life form developed from laboratory experiments unites with a traditionally evolved life form, a havoc-reaping result cannot be dismissed as unlikely. The opposite is more likely.
Application of this theory to Black and uncolored people's relationships suggest the mutual benefits [are?] possible and available. Also, the misfortune and continued misery [are?] likely to continue unless old-school mindsets are turned around and changed.

To be continued. Mind how you go.
Responses welcome. Strike while the iron is hot.

Thanks for writing, I worked on the transcription for your post.

I was very interested to read your thoughts on these issues. I'm a white lady from the UK, so unfortunately I'm not exactly qualified to respond! Black youth in this country are definitely targeted more for 'random' stop-and-search interactions with police. Thankfully, our police do not carry firearms (unless a gun is believed to be involved in the crime, in which case a specialist team with advanced training is recruited). Some officers carry tasers or batons, and I believe all city police officers wear a body camera. Still, deaths do occur - on both sides.

From the massive media coverage of recent events in the US involving black suspects being shot/killed, I can only imagine that being a young person of colour in America today must be terrifying at times. I hope that doesn't sound patronising.

Your post has definitely provided some food for thought. 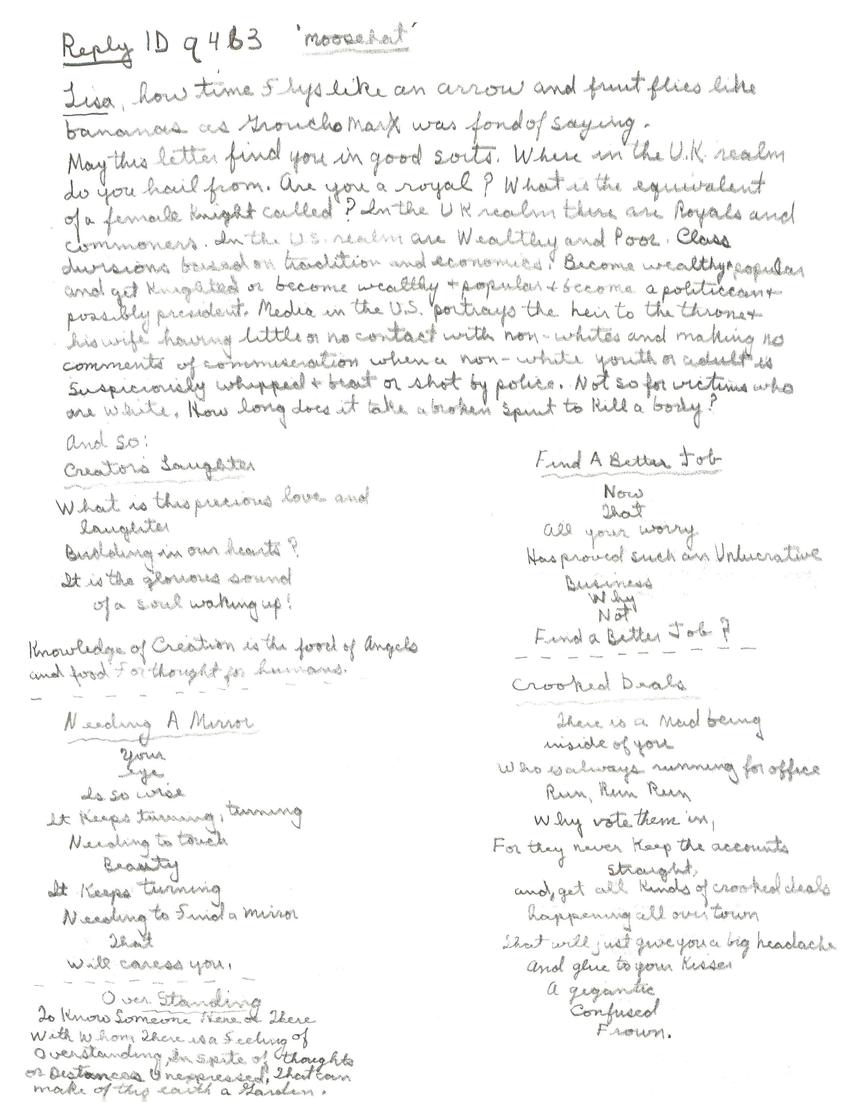 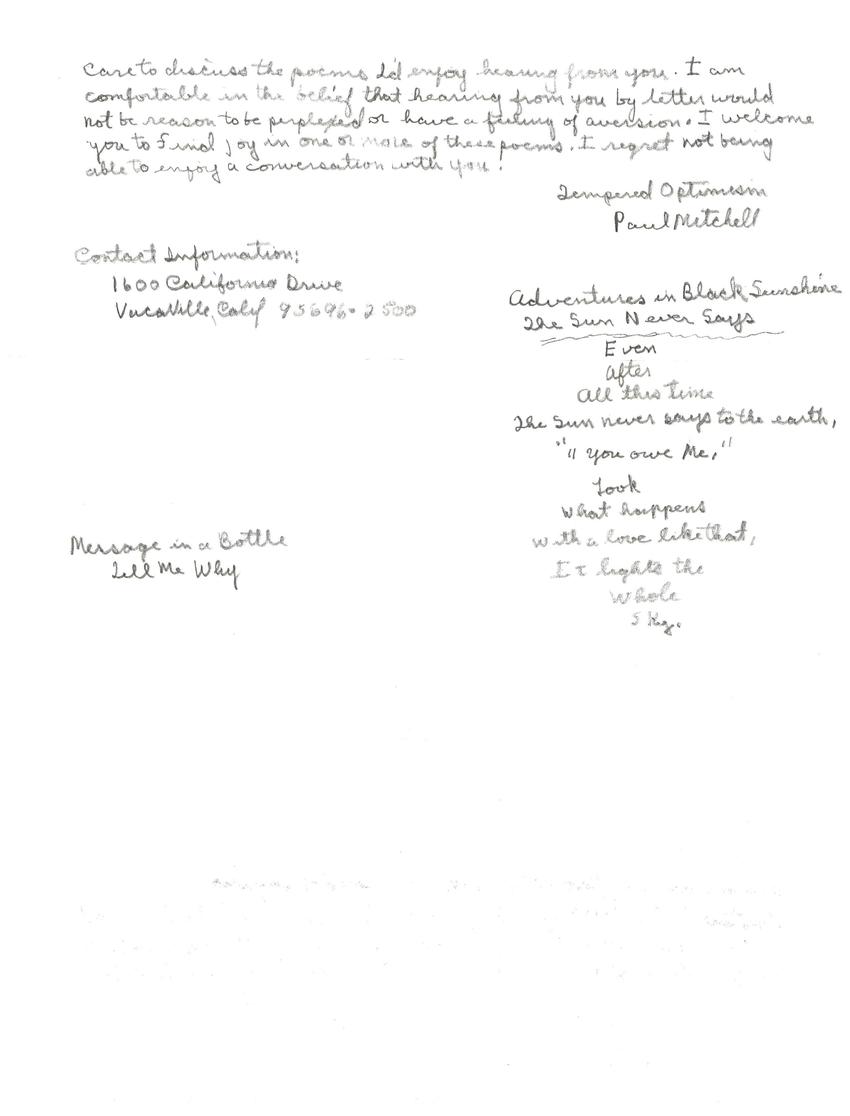