Message In A Bottle Tell Me Why

Reply ✍ Transcribed
From SOS - Message in a Bottle by Paul Mitchell (author's profile)
Share this:
uploaded May 24, 2015.  Original (PDF) 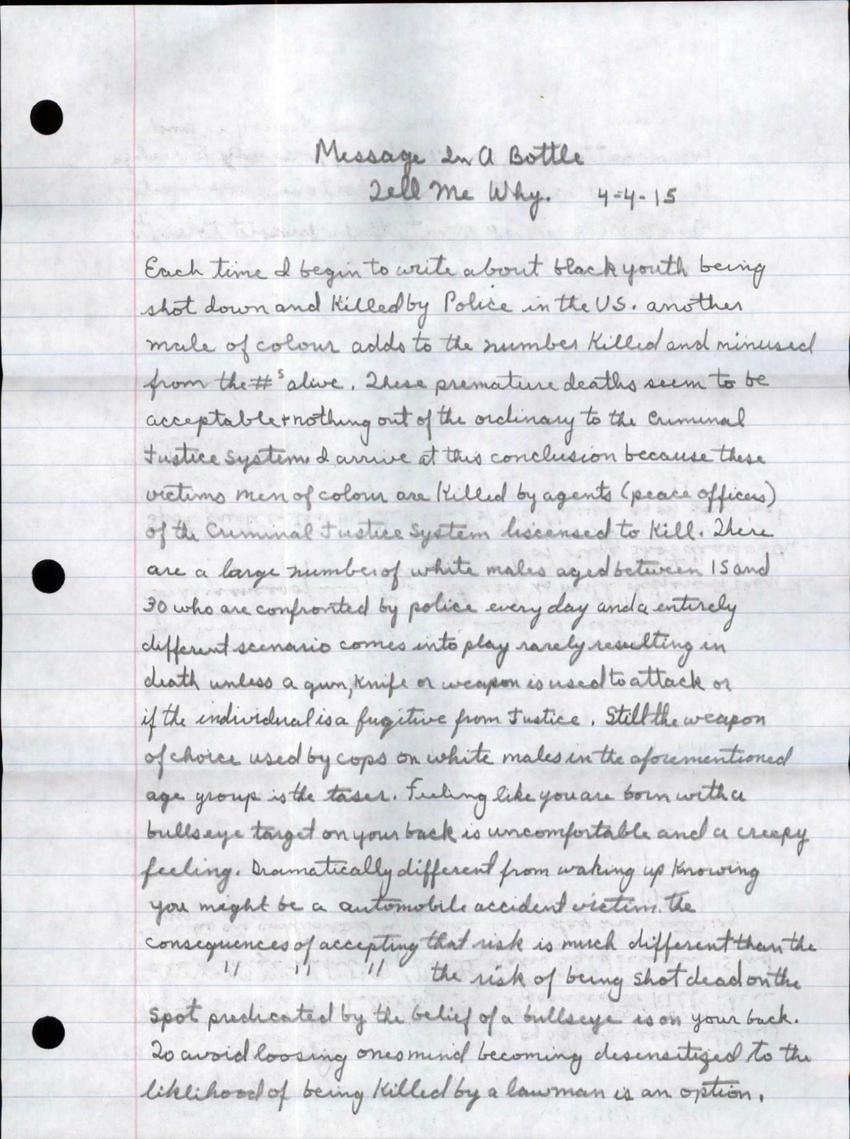 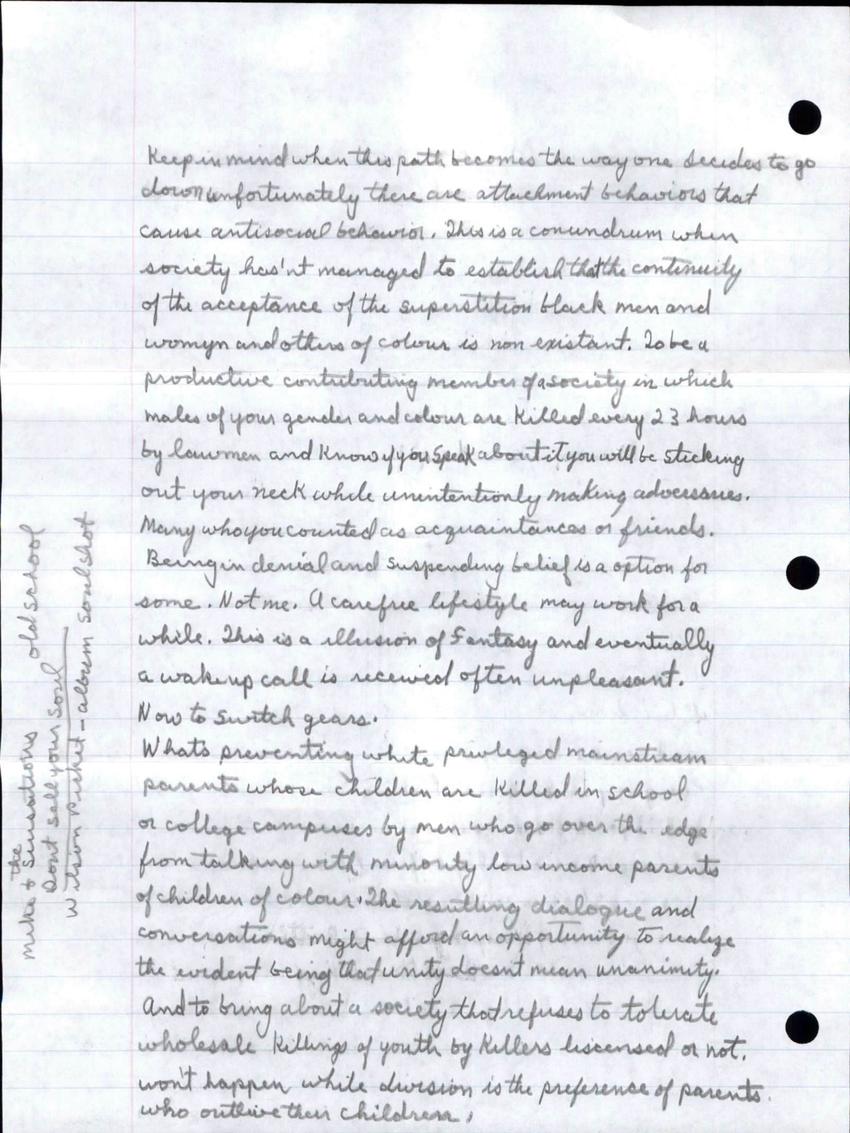 Message in a Bottle
Tell Me Why

Each time I begin to write about black youths being shot down and killed by police in the US, another male of color adds to the number killed and subtracted from the numbers above. These premature deaths seem to be acceptable and nothing out of the ordinary to the criminal justice system. I arrive to the conclusion because these victims (men of color) are killed by agents (peace officers) of the criminal justice system, licensed to kill.

There are large number of white males aged between 15 and 30 who are confronted by police every day. An entirely different scenario comes into play, rarely resulting in deaths unless a gun, knife, or weapon is used to attack—or if the individual is a fugitive. Still, the weapon of choice used by cops on white males is the taser.

Feeling like you are born with a bullseye target on your back is an uncomfortable and creepy feeling. Dramatically different from waking up, knowing you might be an automobile accident victim. The consequences of accepting that risk is so much different than the consequences of accepting the risk of being shot dead on the spot that was predicted by the bullseye on your back. To avoid losing one's mind and becoming desensitized to the likelihood of being killed by a lawman is an option.

Keep in mind that this path becomes the way one decides to go down. Unfortunately, there are attachment behaviors that cause antisocial behavior. This is a conundrum when society hasn't managed to establish that continuing to accept the superstition of the black man women and others of color is nonexistent.

Take a productive member of society in which males of your gender and color are killed every 23 hours by lawmen. Know if you speak about it, you will sticking out your neck and unintentionally making adversaries. Being in denial and suspending belief is an option for some. Not me. A carefree lifestyle may work for awhile. This is an illusion of fantasy. Eventually, a wakeup call is received and is often unpleasant.

What's preventing white privileged mainstream parents whose children are killed in school or college campuses by men who go over edge from talking with minority low-income parents of children of color? The resulting dialogue and conversations might afford an opportunity to realize the evident, being that unity doesn't mean unanimity. And to bring about a society that refuses to tolerate wholesale killing of youth by killers, licensed or not, won't happen while division is the preference of parents who outlive their children.