Speak To Our Needs! 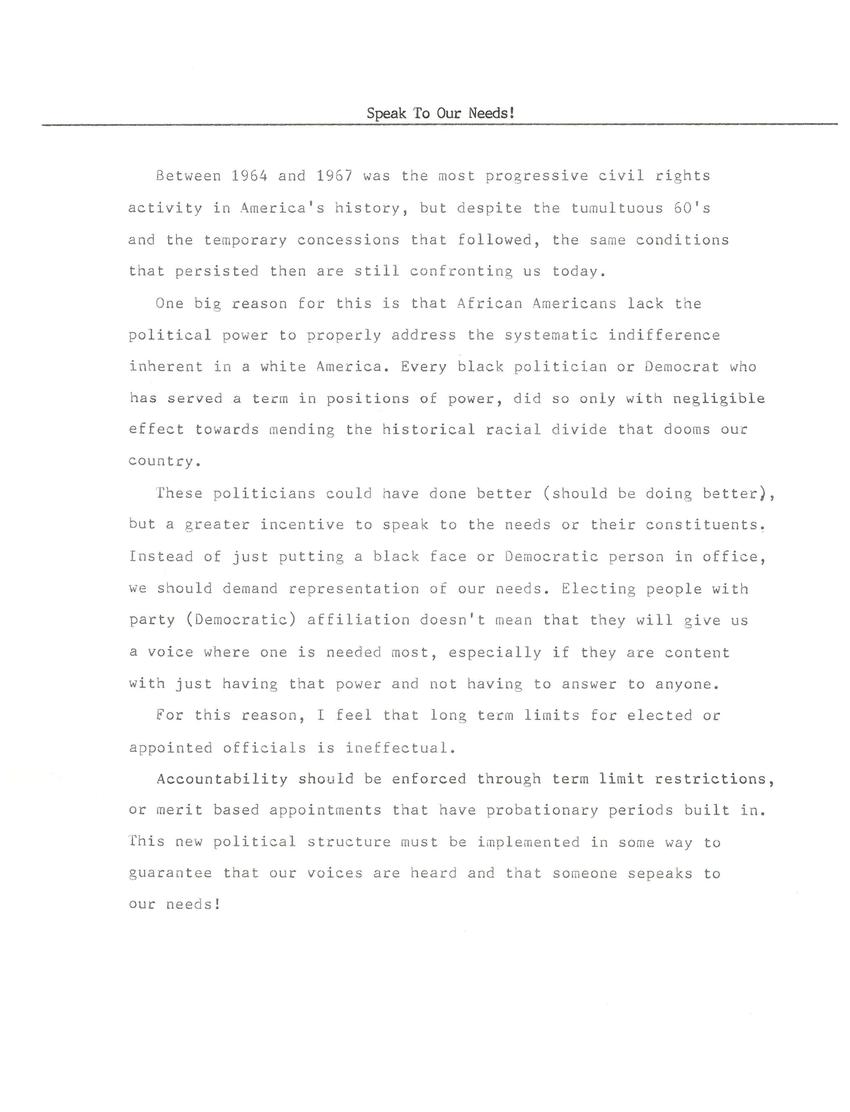 Speak To Our Needs!

Between 1964 and 1967 was the most progressive civil rights activity in America's history, but despite the tumultuous 60s and the temporary concessions that followed, the same conditions that persisted then are still confronting us today.

One big reason for this is that African Americans lack the political power to properly address the systematic indifference inherent in a white America. Every black politician or Democrat who has served a term in positions of power did so only with negligible effect towards mending the historical racial divide that dooms our country.

These politicians could have done better (should be doing better), but a greater incentive to speak to the needs of their constituents. Instead of just putting a black face or Democratic person in office, we should demand representation of our needs. Electing people with party (Democratic) affiliation doesn't mean that they will give us a voice where one is needed most, especially if they are content with just having that power and not having to answer to anyone.

For this reason, I feel that long term limits for elected or appointed officials is ineffectual.

Accountability should be enforced through term limit restrictions, or merit based appointments that have probationary periods built in. This new political structure must be implemented in some way to guarantee that our voices are heard and that someone speaks to our needs!