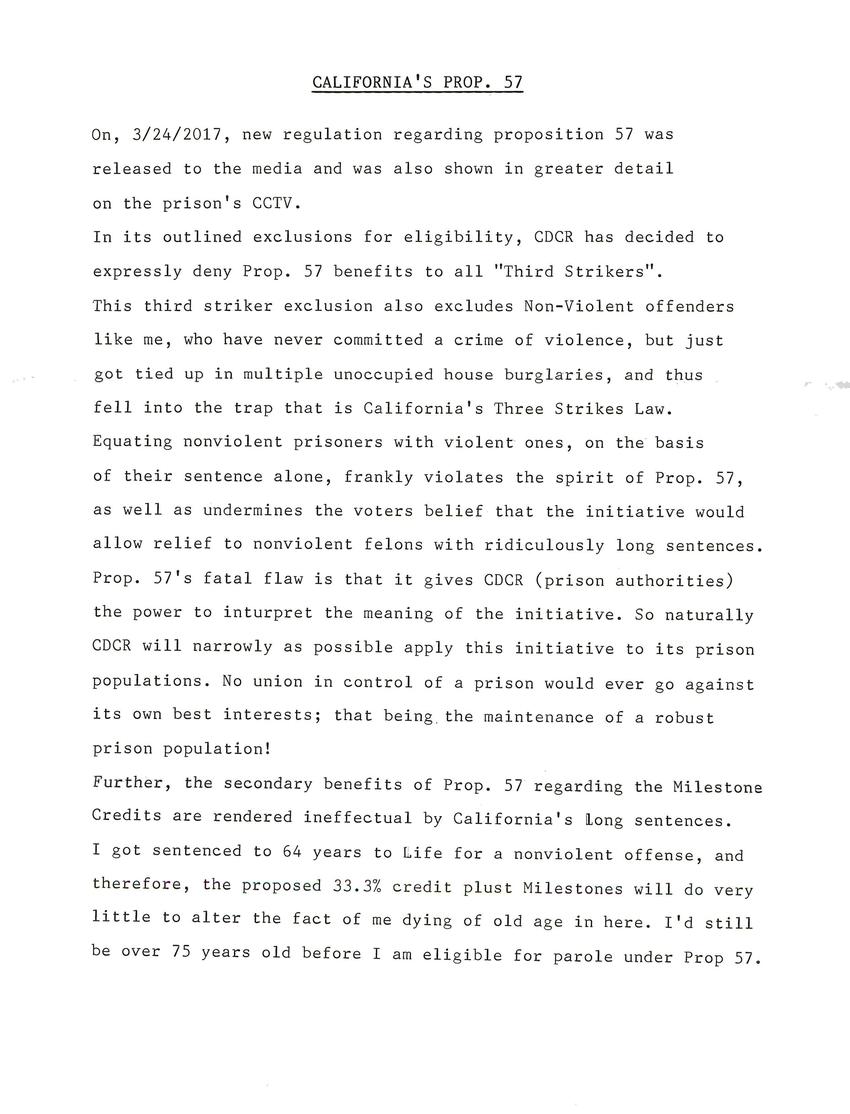 On March 24, 2017, new regulation regarding Proposition 57 was released to the media and was also shown in greater detail on the prison's CCTV.

In its outlined exclusions for eligibility, CDCR has decided to expressively deny Prop. 57 benefits to all Third Strikers. This third striker exclusion also excludes non-violent offenders like me, who have never committed a crime of violence but just got tied up in multiple unoccupied house burglaries and thus fell into the trap that is California's Three Strikes Law.

Equating non-violent prisoners with violent ones, on the basis of their sentence alone, frankly violates the spirit of Prop. 57 as well as undermines the voters' beliefs that the initiative would allow relief to non-violent felons with ridiculously long sentences. Prop. 57's fatal flaw is that it gives CDCR (prison authorities) the power to interrupt the meaning of the initiative. So naturally CDCR will narrowly as possible apply this initiative to its prison populations. No union in control of a prison would ever go against its own best interests; that being the maintenance of a robot prison population!

Further, the secondary benefits of Prop. 57 regarding the Milestone Credits are rendered ineffectual by California's long sentences. I got sentenced to 64 to life for a non-violent offense and therefore the proposed 33.3% credit plus milestones will do very little to alter the fact of me dying of old age in here. I'd still be 75 years old before I am eligible for parole under Prop. 57.