Hey, what's up y'all out there? 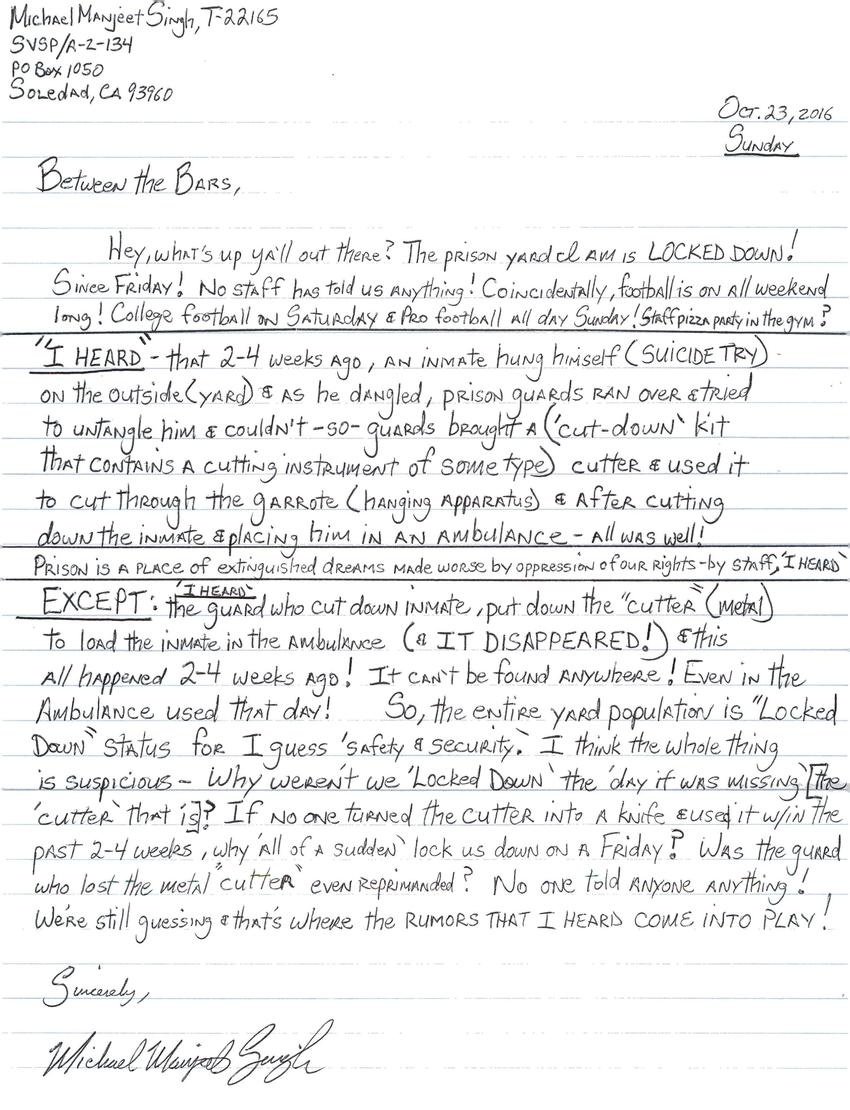 Hey, what's up y'all out there?

The prison yard I am in is locked down! Since Friday! No staff has told us anything! Coincidentally, football is on all weekend long! College football on Saturday and pro football all Sunday! Staff pizza party in the gym?

I heard that two-four weeks ago, an inmate hung himself (suicide TRY) on the outside (yard) and, as he dangled, prison guards ran over and tried to untangle him and couldn't. So guards brought a "cut down" kit (that contains a cutting instrument of some type) and used it to cut through the garrote (hanging apparatus). After cutting down the inmate and placing him in an ambulance, all was well!

Prison is a place of extinguished dreams made worse by oppression of our rights by staff. I heard. Except "I heard" the guard who cut down the inmate, put down the "cutter" (metal) to load the inmate in the ambulance, and it disappeared! And this all happened two-four weeks ago! It can't be found anywhere! Even in the ambulance used that day!

So the entire yard population "locked down" status for, I guess, "safety and security." I think the whole thing is suspicious—why weren't we locked down the day it was missing? If no one turned the cutter into a knife and used it within the past two-four weeks, why all of a sudden lock us down on a Friday? Was the guard who lost the metal cutter even reprimanded? No one told anyone anything! We're still guessing, and that's where the rumors that I heard come into play.