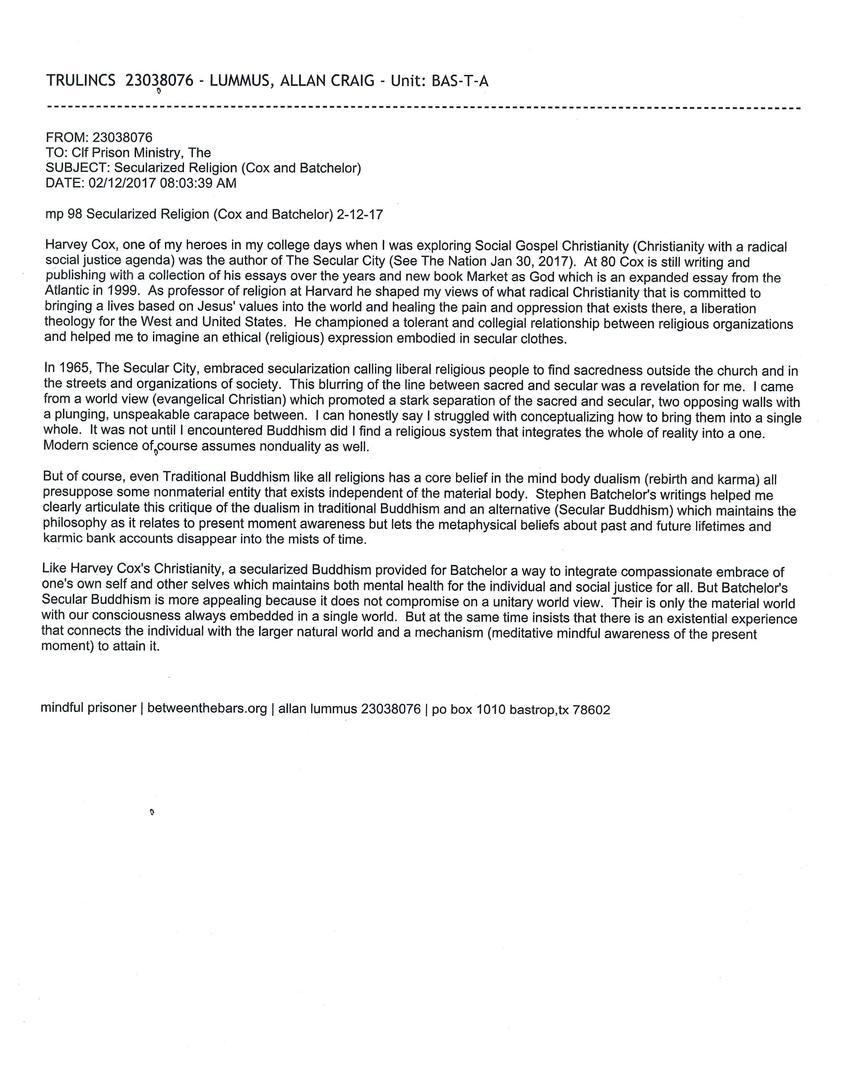 Harvey Cox, one of my heroes in my college days when I was exploring Social Gospel Christianity (Christianity with a radical social justice agenda) was the author of The Secular City (See The Nation Jan 30, 2017). At 80 Cox is still writing and publishing with a collection of his essays over the years and new book Market as God which is an expanded essay from the Atlantic in 1999. As professor of religion at Harvard he shaped my views of what radical Christianity that is committed to bringing a lives based on Jesus' values into the world and healing the pain and oppression that exists there, a liberation theology for the West and United States. He championed a tolerant and collegial relationship between religious organizations and helped me to imagine an ethical (religious) expression embodied in secular clothes.

In 1965, The Secular City, embraced secularization calling liberal religious people to find sacredness outside the church and in the streets and organizations of society. This blurring of the line between sacred and secular was a revelation for me. I came from a world view (evangelical Christian) which promoted a stark separation of the sacred and secular, two opposing walls with a plunging, unspeakable carapace between. I can honestly say I struggled with conceptualizing how to bring them into a single whole. It was not until I encountered Buddhism did I find a religious system that integrates the whole of reality into a one. Modern science of course assumes nonduality as well.

But of course, even Traditional Buddhism like all religions has a core belief in the mind body dualism (rebirth and karma) all presuppose some nonmaterial entity that exists independent of the material body. Stephen Batchelor's writings helped me clearly articulate this critique of the dualism in traditional Buddhism and an alternative (Secular Buddhism) which maintains the philosophy as it relates to present moment awareness but lets the metaphysical beliefs about past and future lifetimes and karmic bank accounts disappear into the mists of time.

Like Harvey Cox's Christianity, a secularized Buddhism provided for Batchelor a way to integrate compassionate embrace of one's own self and other selves which maintains both mental health for the individual and social justice for all. But Batchelor's Secular Buddhism is more appealing because it does not compromise on a unitary world view. There is only the material world with our consciousness always embedded in a single world. But at the same time insists that there is an existential experience that connects the individual with the larger natural world and a mechanism (meditative mindful awareness of the present moment) to attain it.